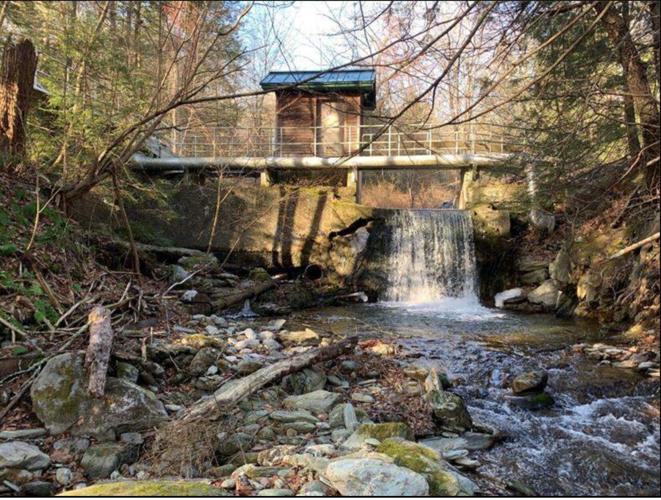 A downstream view of the Karner Brook Dam, which the state has rated "unsafe." A failure of the dam could make the town's water system inoperable. 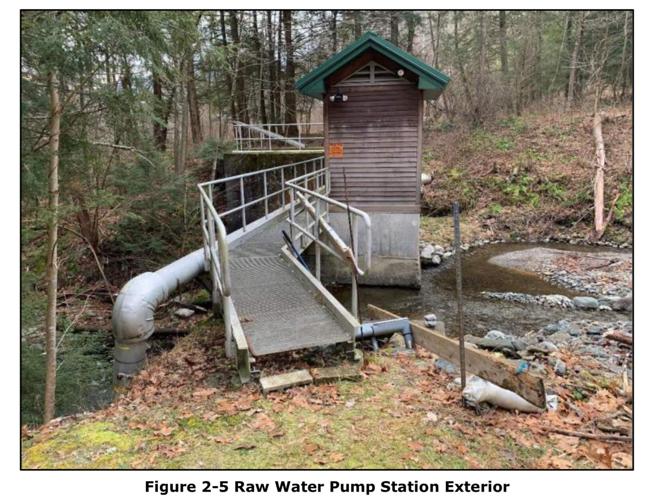 The Karner Brook Dam in Egremont, shown from upstream.

A photo posted in an earlier version of this story showed a different dam than the one described in this story.

EGREMONT — It’s a water system on the brink — so much so that the town is thinking of selling it.

The system is linked to the Karner Brook Dam, which is rated “unsafe,” by the state Office of Dam Safety. A dam break would deliver a “catastrophic” blow to the water system and the roughly 650 people it serves.

While the Egremont Water Department and Water Commission continue to address problems state regulators say need fixing and attention, the town will also soon replace the water pipes that run through Main Street.

The new estimate on that work is $1.5 million, down from $2.2 million. It is unclear how ratepayers who use the system will fare, given rising interest rates. Already, water customers pay roughly $98.50 a month – deemed high for the area. A rate study is underway.

Meantime, Egremont taxpayers face the likelihood of $9 million in system upgrades over the next 10 years. The work will begin with water main replacements scheduled to happen in concert with the state Department of Transportation’s “Complete Streets” Main Street/Route 23/41 overhaul in the spring.

Egremont Select Board tees up discussion on sidewalk plan options

Aquarion, an Eversource subsidiary, is said to be considering buying the Water Department. If it does not, a major restructuring will be needed to keep the system running strong.

Though a purchase by Aquarion is apparently still a possibility, town officials expressed some alarm about the nearly 28 percent rate hike proposed for the next three years by Aquarion in Connecticut, announced last week.

“We’re just looking at our options,” said Select Board and Water Commissioner Chair George McGurn, noting that a pipe near The Old Mill restaurant sprung a “big leak” last year. “We’re at the decision point.”

The commissioners are considering an engineering study of the system, paid for by a grant.

“The only way we’re going to know whether it’s appropriate for us to sell it — or to keep it — is if we know what we’re up against,” said Select Board member and Water Commissioner Mary Brazie, speaking at a commission meeting last week.

Brazie and McGurn, along with board Vice Chair Lucinda Fenn-Vermeulen, are also now water commissioners. The previous commissioners resigned after a water study found that a “do nothing” approach with an aging system “is a potentially hazardous option that ignores operation realities, amounting to a tick-tock toward a physical or public health water utility crisis.”

The water comes from the Karner Brook Reservoir and supplies about 180 hookups serving around 650 people, as well as eight businesses. Great Barrington’s water is its backup supply. 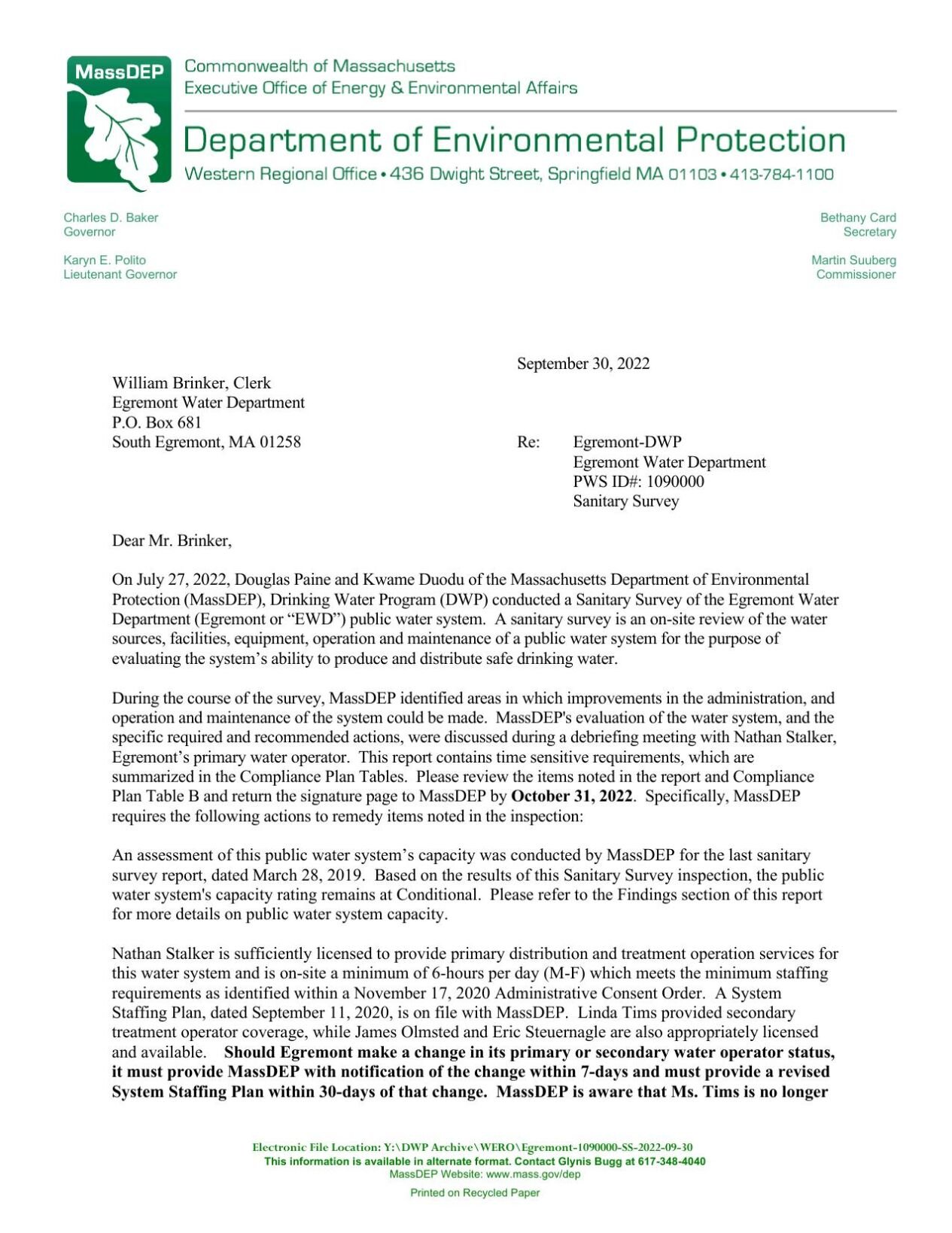 In July, a system review by the state Department of Environmental Protection rated the water system “conditional.” In a September report, the DEP laid out the corrections needed.

Problems include equipment that could lead untreated water to enter the system and an uncalibrated meter that isn’t showing how much water the system loses in leaks.

The agency also said that if the Karner Brook Dam is lost due to “severe cracking and displacement of concrete,” the functioning water system would collapse. The dam also is “being undermined” by Karner Brook. It has a host of other risk factors, according to Office of Dam Safety and a report about a January 2022 inspection by engineers Tighe & Bond.

“The charged unused main in the stream bed is leaking and at risk for complete failure, which could drain the wetwell and render the [water] supply inoperable,” the report said.

But securing the dam will take $2 million. And because the state doesn’t think its failure would pose a threat to people or property downstream, it’s unlikely the town can get a state grant to fix it, according to the Egremont water study, published in October.

State Rep. William “Smitty” Pignatelli, D-Lenox, hadn’t heard about the problem with this dam, but did not rule out the possibility of grant money to prevent a loss.

There is good news — for the time being.

“The water quality is excellent, the current plant functions, and is functionally managed quite well,” the study group found. “And for homes within reach of the existing water lines, a link into this water supply may be a sensible alternative to a drilled well and all its attendant factors.”

EGREMONT — Preliminary plans to improve a section of Route 23/41 include widening the roadway by about 8 feet to make room for pedestrians and cyclists.The "complete street" plans were …

Caught in an Egremont dam, the turtles were dying — then Ari Zorn came along

EGREMONT — Ari Zorn is standing near the dam at Smiley's Pond, searching for the elusive pied-billed grebe.