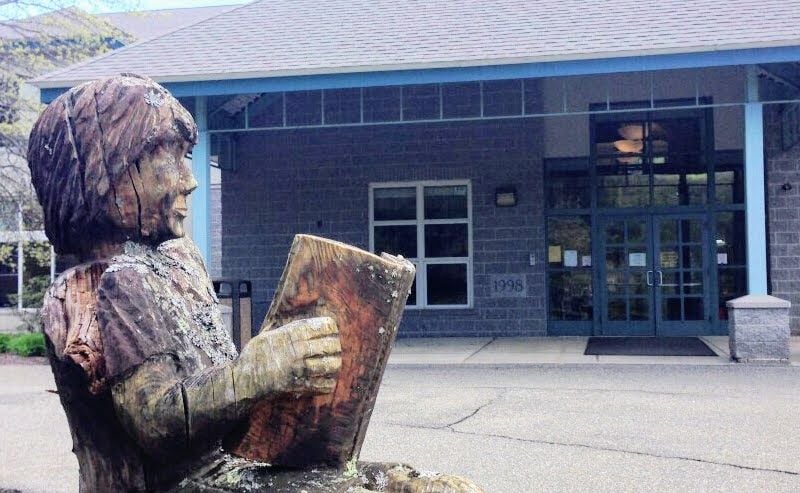 Farmington River Regional School District's Elementary School in Otis. Superintendent/Principal Thomas Nadolny retired at the start of the school year under a cloud of allegations by teachers he ran a toxic workplace. In closed-door sessions, school officials hammered out an agreement with Nadolny that gives him nearly $150,000 in payouts. 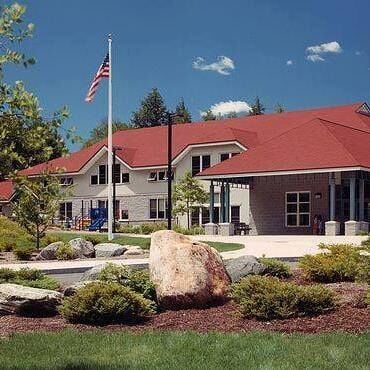 OTIS — The former head of the Farmington River Regional School District accused of fueling a “toxic” school atmosphere will receive his full annual salary plus a payout for benefits as part of a separation agreement.

Both agreed that it “is in their respective best interests to settle any and all disputes between them and terminate their employment relationship.” This would avoid expenses, including legal costs, as well as a disruption to the district, according to the contract.

Former Superintendent/Principal Thomas Nadolny will be paid $103,556.52 in bi-weekly gross payments through June 30, 2023 – what would be the end of his working contract for the school year, and the date his contract renewed each year.

The agreement between the district’s School Committee and Nadolny, who resigned effective Sept. 1, also indemnifies Nadolny from any legal action related to his “official duties” while employed there, including from civil rights claims filed against him.

He cannot sue the district, nor can he or the district disparage each other, according to the agreement, which The Eagle obtained through a public records request.

The district consists of one school, pre-kindergarten through 6th, and serves Otis and Sandisfield students. 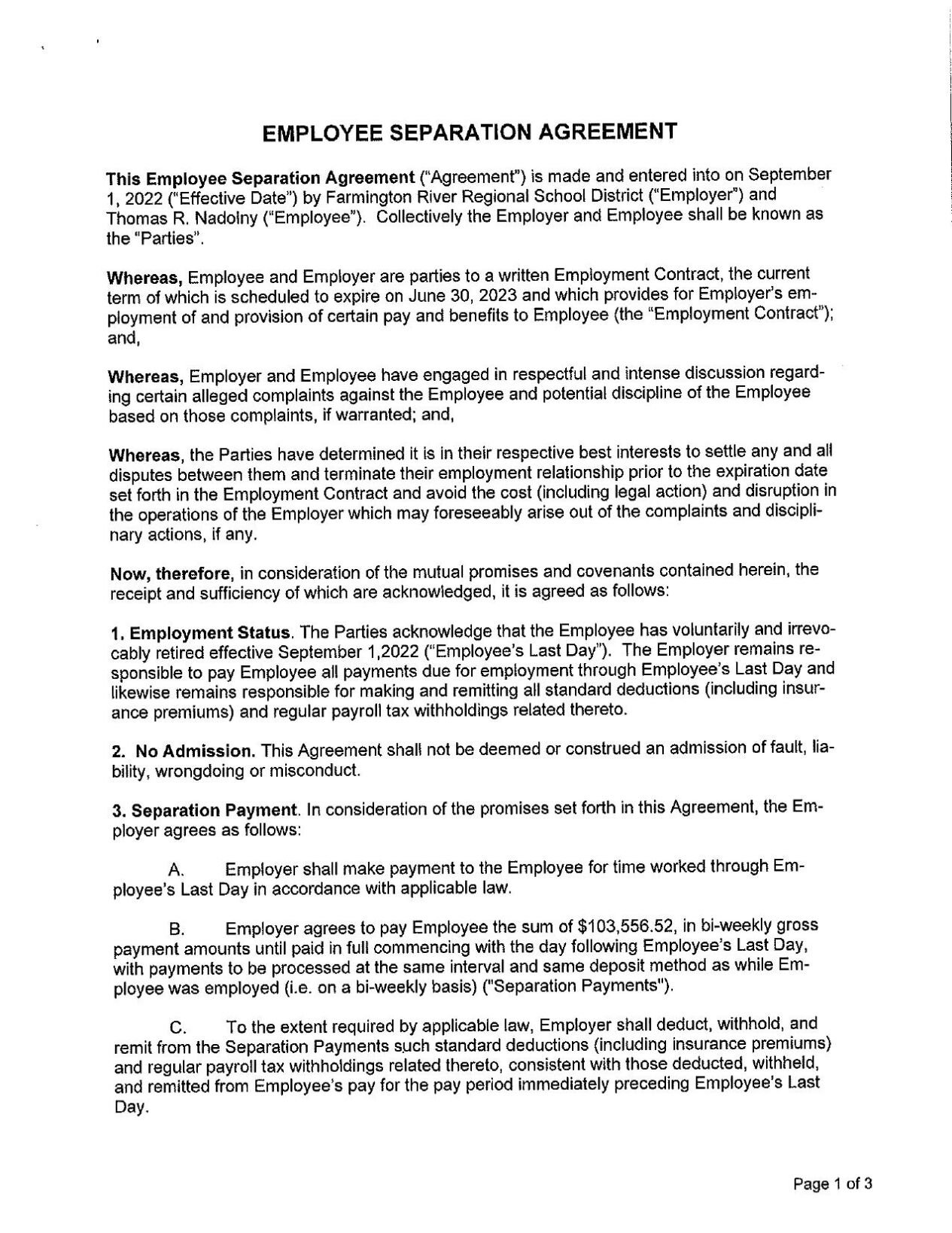 Nadolny’s departure followed unrest in the school community after the release of a teachers’ union survey over the summer that accuses Nadolny and other administrators of driving a gossip-filled, hostile workplace.

Most of the union’s 26 members completed the survey. They said the school has faced safety issues, student absenteeism, intimidation, and a lack of confidentiality and defined standards.

Teachers claim their Otis school is 'toxic' and blame its leader. He says someone wants his job

Nadolny has denied the allegations. He said the survey was flawed and that someone at the school wanted his job.

The committee held three closed-door meetings in August to discuss the complaints and to negotiate with Nadolny. The district declined to release minutes from those executive sessions to The Eagle until the committee can review them.

When asked how some of the terms were arrived at, and who proposed them, committee Chair Carol Lombardo declined to answer, saying she is out of the country. She referred questions to Putnam, who began working at the district after the agreement had been drafted. Putnam did say that he believes the school is off to a good start.

“Students and teachers are settling into productive patterns of teaching and learning,” he said. I would say that the school community is focused on the future and working together to make this a great school year.”

The only sanctioned and official comment from the committee about Nadolny’s departure — as per the agreement — is a press release posted to the district’s website. In it, both the committee and Nadolny express appreciation for the other; Nadolny also says he is grateful for the “strong working relationship” between them.

Both agreed it “is in their respective best interests to settle any and all disputes between them and terminate their employment relationship.” This would avoid expenses, including legal costs, as well as a disruption to the district, according to the contract.

The agreement says the committee and Nadolny “engaged in respectful and intense discussion regarding certain alleged complaints” against Nadolny and potential discipline of him.