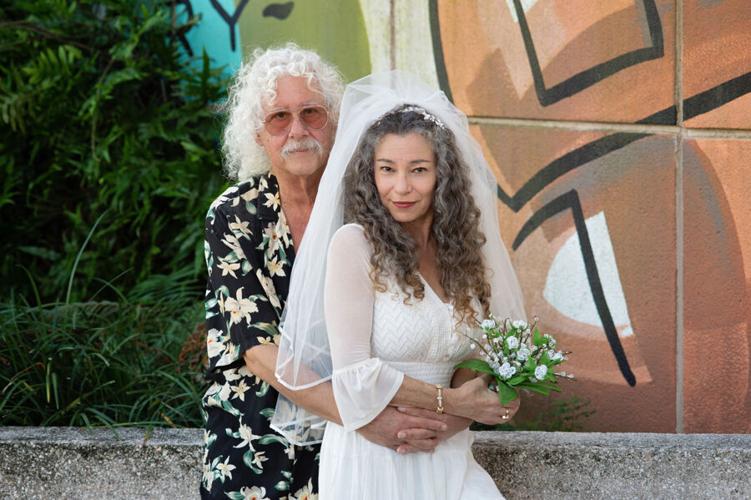 Arlo Guthrie and Marti Ladd wed this month in Florida. The couple had a quiet ceremony and left the courthouse to a shower of birdseed, in lieu of rice. 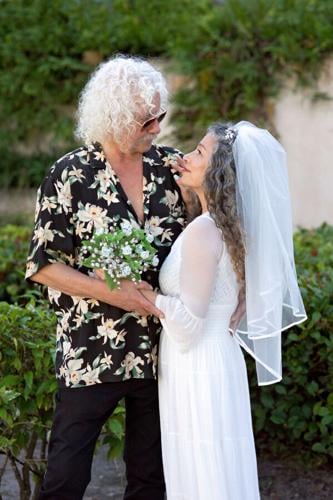 Guthrie announced in October that he would marry Ladd, his longtime partner. He told a newspaper in Sebastian, Fla., that he had been with Ladd for almost a decade. “We first met about 20 years ago when I went to Woodstock, New York with my wife Jackie to do a film," Guthrie told Sebastian Daily. "Our friendship developed into a relationship after Jackie passed away in 2012."

It was a wedding fit for a troubadour.

Folk singer-songwriter Arlo Guthrie and his longtime friend and partner, Marti Ladd, emerged from a Florida courthouse last week to a shower of birdseed — and, true to form, events took an unexpected turn.

Love in the Berkshires: Arlo Guthrie celebrates Thanksgiving in Washington with his 'bride-to-be'

The couple, who have spent most of the coronavirus pandemic in the Berkshires, announced their engagement in October. They first met two decades ago, and their friendship evolved into a relationship after Guthrie’s first wife, Jackie, passed away in 2012.

At Thanksgiving, Guthrie said he and Ladd would celebrate quietly ahead of the wedding.

“It’s not every year I get married,” he wrote on Facebook. “So this year instead of getting together with large groups of family and friends, my bride-to-be and I are going to celebrate Thanksgiving alone at a candlelight dinner to be thankful for each other.”

When it finally took place, the wedding itself was quiet.

The two were married Dec. 8, before a deputy county clerk in Delray Beach, Ladd told The Eagle in an email, without guests in the courthouse, because of COVID restrictions. The bride’s family waited outside and tossed birdseed, in lieu of rice, into the air.

Then things went awry. After the ceremony, Ladd said, a driver making an illegal move sideswiped their car, leaving them without a working vehicle.

“Local police were dispatched to find the newlyweds in full wedding regalia, waiting on the curb, eating slices of pizza,” she wrote.

When they made it to the post-wedding celebratory dinner in Highland Beach, the couple were greeted with a wedding cake that was so large that she served slices to “strangers at nearby tables.”

And, she added of herself and Guthrie: “They both vowed to live happily ever after.”