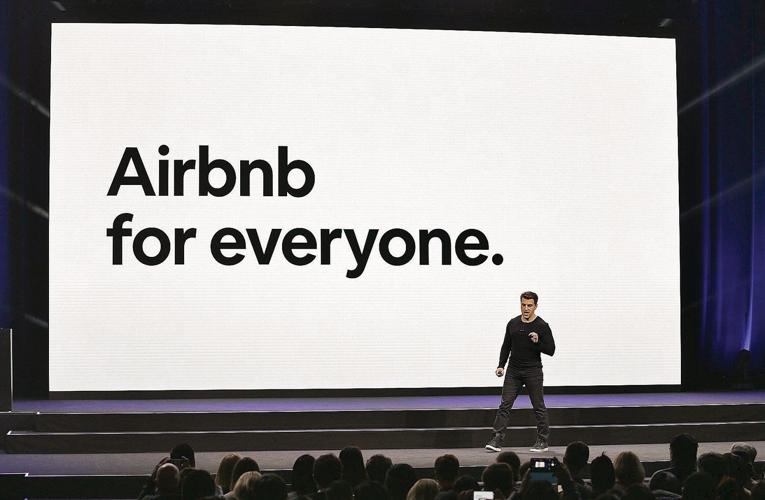 Airbnb has lobbied Great Barrington hosts who use the service to oppose a bylaw that would restrict short-term rentals in the community.

In a Facebook comment, Select Board Vice Chair Leigh Davis shared an email from Airbnb that she had obtained.

GREAT BARRINGTON — It isn’t just residents waging a campaign on either side of the short-term rental regulation battle.

Hosting platform giant Airbnb, as it turns out, also waded into the turbulence in the weeks leading up to Monday’s annual town meeting, where residents will vote on a proposed bylaw.

The company this month sent its Great Barrington hosts an email alerting them to the proposal, which includes limiting the total number of days per year to 150 that a homeowner can rent their house.

“It’s crucial for Hosts to let the selectboard know that these proposed restrictions on short-term rentals will hurt the local economy,” according to the email. It exhorted residents to attend the board’s recent public input meeting on Zoom, and to write letters to board members opposing the proposal. 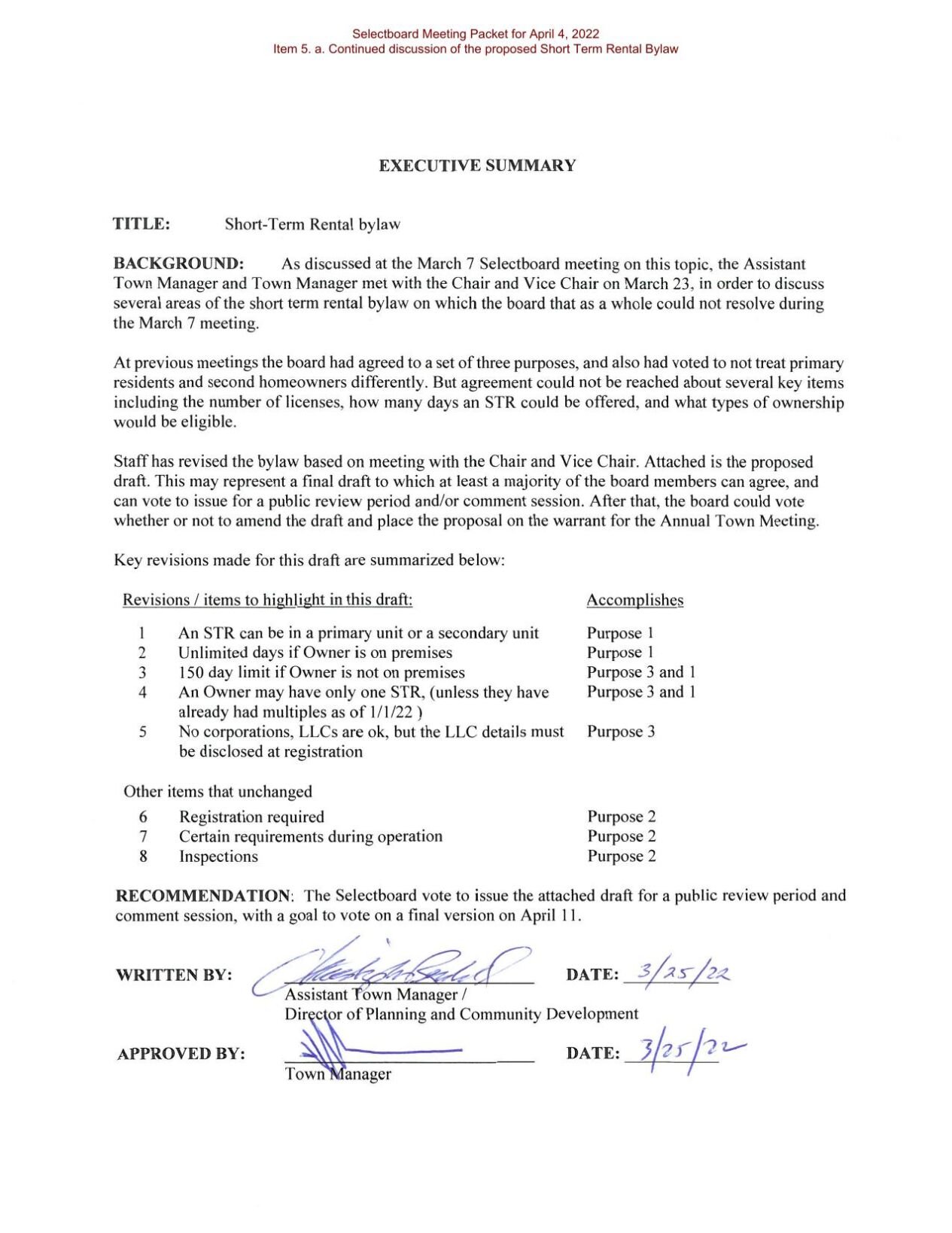 The proposed bylaw has galvanized residents and town officials. It’s also sparked a heated debate that is hinging on the property rights of those who are using short-term rentals to make ends meet or, for instance, put a child through college, and those who can’t find a place to live or can’t afford skyrocketing rents.

Samuel Randall, an Airbnb spokesperson, said the company had to alert its hosts given the impact the bylaw will make on their pocketbooks and since hosts keep up to 97 percent of their rental income.

He said nearly half the company’s Massachusetts hosts have indicated in surveys that hosting is helping them stay in their home.

“Of that group, one-fifth said the money earned has helped them avoid foreclosure or eviction,” he added.

Almost 40 percent of hosts statewide said the income is helping them offset cost-of-living increases, according to the company.

One Housatonic resident who has been publicly opposed to the bylaw says she wants the option of using Airbnb in the future should she decide to live somewhere else for a year as part of her work.

“People who rent their primary homes don’t do it unless they need the money,” Carol Diehl said.

To supporters of the bylaw, however, Airbnb’s involvement is a threat.

“When large corporations decide they have a stake in small town policy, be very afraid,” wrote Select Board Vice Chair Leigh Davis in a Facebook post over the weekend.

Davis, who is driving the proposal, shared a copy of Airbnb’s email, calling it a “dark harbinger of things to come.”

She said the bylaw is an attempt to balance these concerns with those of people who are locked out of the housing market altogether.

“Residents wanted [to have their rentals] available on a seasonal basis,” she said, noting that the 150-day ceiling is five months, which will accommodate the typical three months of summer high season and the two months of the winter ski season. “[It’s] not arbitrary.”

Do almost all Great Barrington Select Board members have a conflict of interest because they own property? A vote on the short-term rental bylaw is on hold until the state can help sort out the potential conflicts.

She concedes it's hard to know exactly how the bylaw will change the dynamics. She and other supporters say anything is worth trying, and it could force people to sell their homes, releasing them into the inventory. They say it will surely deter real estate investors and keep neighborhood integrity intact.

But critics say the bylaw is NIMBY-ism masquerading as virtuous regulation for the greater good. Some have drafted an alternate bylaw also up for a vote that removes the cap on rental days.

They say it will hurt the economy — an outcome that Airbnb also predicted in its email to hosts.

Research shows both harm and benefits; a hike in housing costs where short-term rentals proliferate, versus the reduction of property values and tax revenue that comes from restriction.

Airbnb hosts in Berkshire County made a total of over $20 million last year, according to Airbnb. And the 6 percent lodging tax brought in $404,000 for Great Barrington between September 2020 and December 2021.

Airbnb says their hosts also contribute to the economy in more subtle ways, like recommending restaurants and other businesses to guests, according to a company survey.

In another survey of Airbnb guests in Massachusetts who visited in 2021, 56 percent “said they definitely or probably would not” have stayed in the area were it not for the Airbnb listing, according to the company.

Airbnb is no stranger to conflict. The company has sued cities over their regulations. Many of those lawsuits are dragging on.

Right now, the town has 208 active short-term rentals at an average daily rate of $354, according to AirDNA, which collects industry data. Davis monitors these and said 20 new full-house rentals had been added since the end of January.

What is Granicus? Why does its proposed surveillance of short-term rentals make Great Barrington uneasy?

If voters on Monday approve a proposed short-term rental bylaw, Great Barrington plans to hire a digital services company to make sure people are abiding by the new rules. That is making some people nervous.

Great Barrington voters Monday night ended a bitter debate by approving a short-term rental bylaw that some residents said was too restrictive.