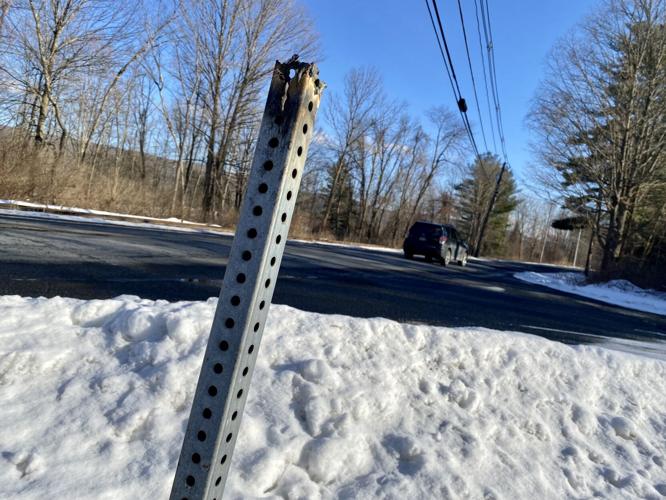 A Great Barrington street sign bearing a word that is a Native American slur was mysteriously severed from its post in January around the time residents began discussing whether to rename the street. On Monday the Select Board agreed with residents' choice of a new name. 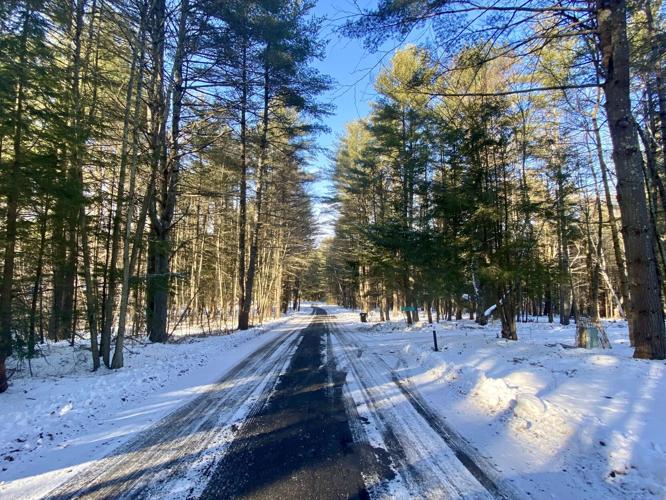 The newly named Woodland Hill Road as it appeared in January. Officials agreed to change the name from one bearing a Native American slur.

GREAT BARRINGTON — Town officials agreed Monday to change the name of a road that previously bore a term offensive to Native Americans.

The former Squaw Peak Road is now Woodland Hill Road, after the Select Board voted unanimously to the change initiated by a resident earlier this year.

Most homeowners agreed. Households then met and arrived at the new name using three rounds of ranked choice voting, said Jeffrey Rothenberg, who had asked his 17 neighboring homeowners in May to meet over a possible name change.

All but one of the 18 homeowners voted on the new name, Rothenberg told the board.

The question arose for Rothenberg and other residents last winter as state organizations and federal officials were in the midst of eyeing place names that include the slur — including in Great Barrington.

Also, someone severed one of the former street signs from its post in January, prompting speculation that it was to protest the word.

While the meaning of the word itself is not a slur, its manner of use gave it offensive “sexist and ethnic” connotations, officials from the Stockbridge-Munsee Community Band of Mohican Indians previously told The Eagle.

They had worked with Trustees of Reservations to rename the a peak on Monument Mountain that bore the same word. It’s now called Peeskawso Peak, which in Mohican means “virtuous woman.” That change was announced in April.

The Department of the Interior last month announced that it had stripped the word from nearly 650 locations.

Five locations in Massachusetts were renamed. The full list and a map of sites can be viewed at the U.S. Geological Survey website.

The U.S. replaces the word 'squaw' at nearly 650 sites. Will a Great Barrington street be next?

Residents will now need to make a slew of address changes, and for this reason a few residents were against the name change.

“I’ve talked to a couple of neighbors who are not in favor of this and I understand their dilemma,” said Select Board Chair Stephen Bannon. “It’s a lot of work — maybe money also.”

But Bannon said the slur was not just a local problem, and he hoped residents would understand why it’s important to remove it.

Both Board Vice Chair Leigh Davis and member Ed Abrahams reinforced this.

Abrahams said in a letter to the board, Stockbridge Munsee officials did not write the slur.

“It’s clear that something has to happen,” he said.

The conversation has begun: Is it time for a name change for Great Barrington's Squaw Peak Road?

People wanted to get rid of a plaque marking a massacre of Native Americans. Someone did

Amid calls to remove the bronze plaque in Great Barrington marking a massacre of Native Americans, it simply disappeared. No one is saying who is responsible — and it appears that no one misses it.