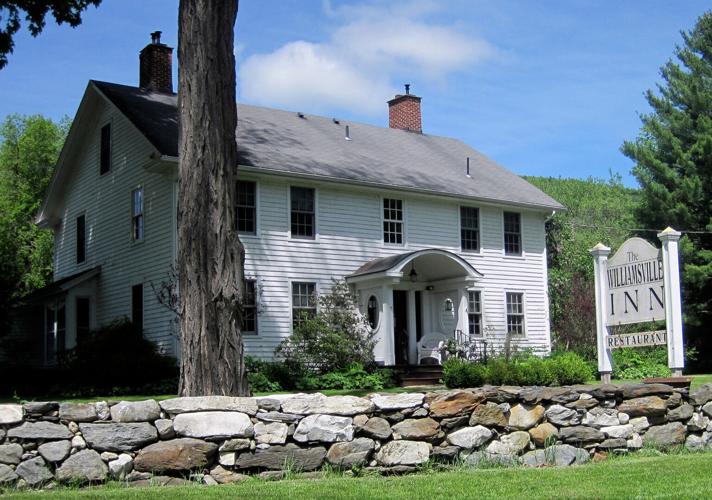 A view of the former Williamsville Inn, the proposed site of Heirloom Lodge. 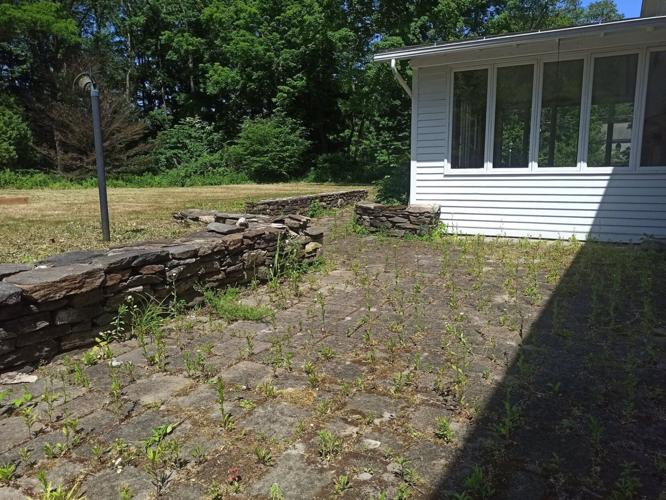 The Williamsville Inn has fallen into disrepair, with weeds growing between the flagstones. 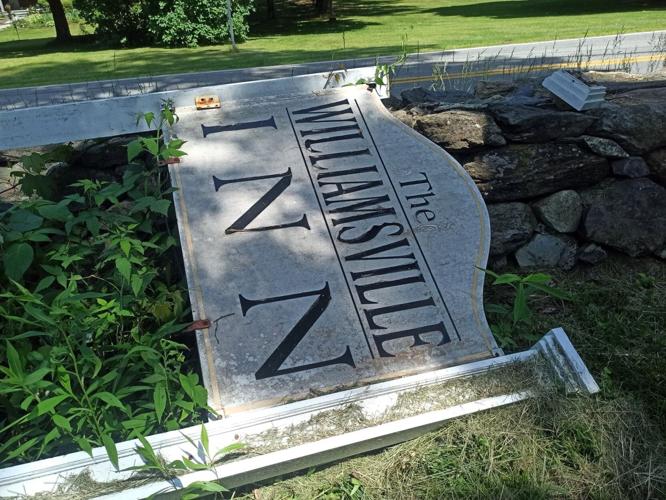 A view of the former Williamsville Inn, the proposed site of Heirloom Lodge.

WEST STOCKBRIDGE — The restaurateur who hopes to revive the former Williamsville Inn now plans to propose two lodging buildings instead of a single larger one, in a bid to address neighborhood concerns.

Matthew Straus and his team would use the former Williamsville Inn at 286 Great Barrington Road (Route 41) to create a restaurant and lodging known as the Heirloom Inn. The inn opened in 1958 and closed in 2014.

Last week, the group presented two solutions to the town’s Zoning Board of Appeals.

Jeffrey Lynch, the lodge’s attorney, said they are considering constructing two lodging buildings instead of one. The scale of the lodge to be built had been a source of concern during previous meetings of the board.

Lynch also asked the board to split the approval process in two. In the first step, the board would be asked to OK the concept of the lodging and restaurant. In a second step, before construction begins, the panel would consider the applicant’s site plan, parking and design.

“The only thing that would be left open for the board’s view and public comment is what the final lodge buildings look like and where they are sited on the property,” said Lynch.

The board will take up the issue at a Zoom session at 5 p.m. July 22. A link will be available at weststockbridge-ma.gov close to the hearing’s date.

The applicant agreed on Thursday to submit, within 10 days, the locations of the proposed two lodging buildings and the parking lot, as well as the maximum height and footprint of the buildings.

The applicant also committed to determine whether their proposal would require approval of the Conservation Committee.

Lynch said he has been working with attorney Alexandra Glover, who represents two neighbors.

“Attorney Glover and I are experienced land-use real estate attorneys with over 20 years of experience. We’ve reviewed the cases, and we’re coming to you as a joint legal opinion that it is a plausible way to move forward,” said Lynch.

If this proposal to split the approval in two is accepted by the ZBA, the applicant’s second step would seek approval for the look of the building, how the new location would affect the design of outdoor spaces and emergency access paths and walkways.

Randy Thunfors, chair of the Zoning Board of Appeals, expressed some doubt. “I’m a little hesitant — and I’m just speaking for myself — to separate out what we’re doing,” he said. He said the board would need to determine the legality of the action.

Straus, the restaurateur behind Heirloom Lodge, said the proposal stemmed from a sense urgency. “We are somewhat desperate to get moving on the main building part of this project, in order to come back to you with a fully rehabbed plan for not just the main building and restaurant, but also the final lodging plan,” said Straus.

“We’re concerned that may leave us another two or three months out,” he said.

Glover said neighbors also feel a sense of urgency. “My clients don’t want to obstruct anything. I think their sentiments about the large building are similar to a number of other people’s,” she said.

Glover said her clients want to see the project forward.

Neighbors who spoke last week expressed more support than doubt, a change from the previous board meeting.

Jon Piasecki, a neighbor, said that Heirloom would add more to the neighborhood than it would take away. “The diversity of an economic activity like a restaurant would enrich our community and our lives. It’s something we’re willing to make sacrifices to accomplish. The idea of lodging is slightly more difficult to us,” said Piasecki.

“The lawyers think they have found a way through, and it might be a little out of the ordinary, but it is legal and the people with standing to sue are behind it,” he said.

Another neighbor, Marie Rivers, said that some details on the lodging remained to be agreed upon. “I’m not opposed to lodging. I think it’s contingent upon where the lodging is located, the size of the lodging and the aesthetics,” she said.

Thunfors said the board recognizes the project has its fans. “There’s a tremendous amount of support in the neighborhood for getting the Inn reopened and not allowing it to continue to deteriorate. And this board has heard that loudly and clearly,” he said.