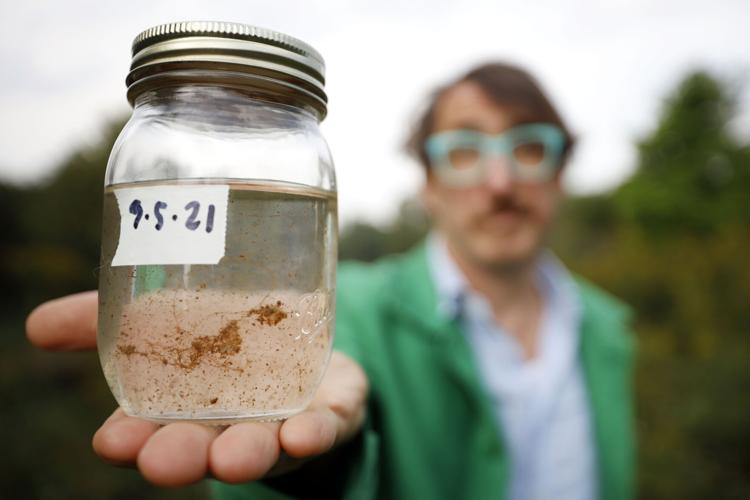 Reed Anderson, a customer of Housatonic Water Works Co., holds a sample of his water in July 2021. 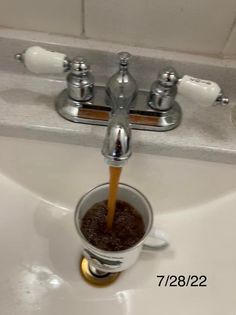 GREAT BARRINGTON — Typically, hydrant flushing roils the town's water into something that looks like tea or coffee. This time, it’s the searing heat.

Meanwhile, residents in the Housatonic section of town are bracing to pay to fix the ongoing problem with the water supply.

Long Pond, the Housatonic Water Works Co.’s source, reached 83 degrees on July 25, according to James Mercer, the company's co-owner and treasurer. Water that warm dissolves naturally occurring manganese present in the pond, turning brown the water that pours out faucets.

The price tag for fixing this and other problems in the aging water supply system? At least $4 million, if it all gets approved.

Monthly water bills would double. A customer with a $44.73 bill now will pay $45 on top of that, Mercer informed customers in an Aug. 1 letter.

Residents are not happy. With increasing frequency since late July, their Facebook posts show photos of bathtubs, sinks and pools filled with dingy water, along with at least one ruined white skirt.

“Half the pool was brown,” said Kayla Aberdale, a Housatonic native who recently moved into what was once her grandparent’s house, and loves the pool she grew up with. “It hasn’t been bad until a few days ago.”

Christine Koval's water looks like coffee. It's been that way every day since June 4, she said. She's been buying bottled water, and is now planning to buy a water cooler.

Pressure continues to mount for the privately owned waterworks to fix discoloration and other problems with the aging system. Some residents stopped paying their water bill in protest.

Fixing the discoloration means buying a “greensand” filtration system at a cost of between $1.75 million and $2 million. Housatonic Water Works Co. engineers think it will do the trick. 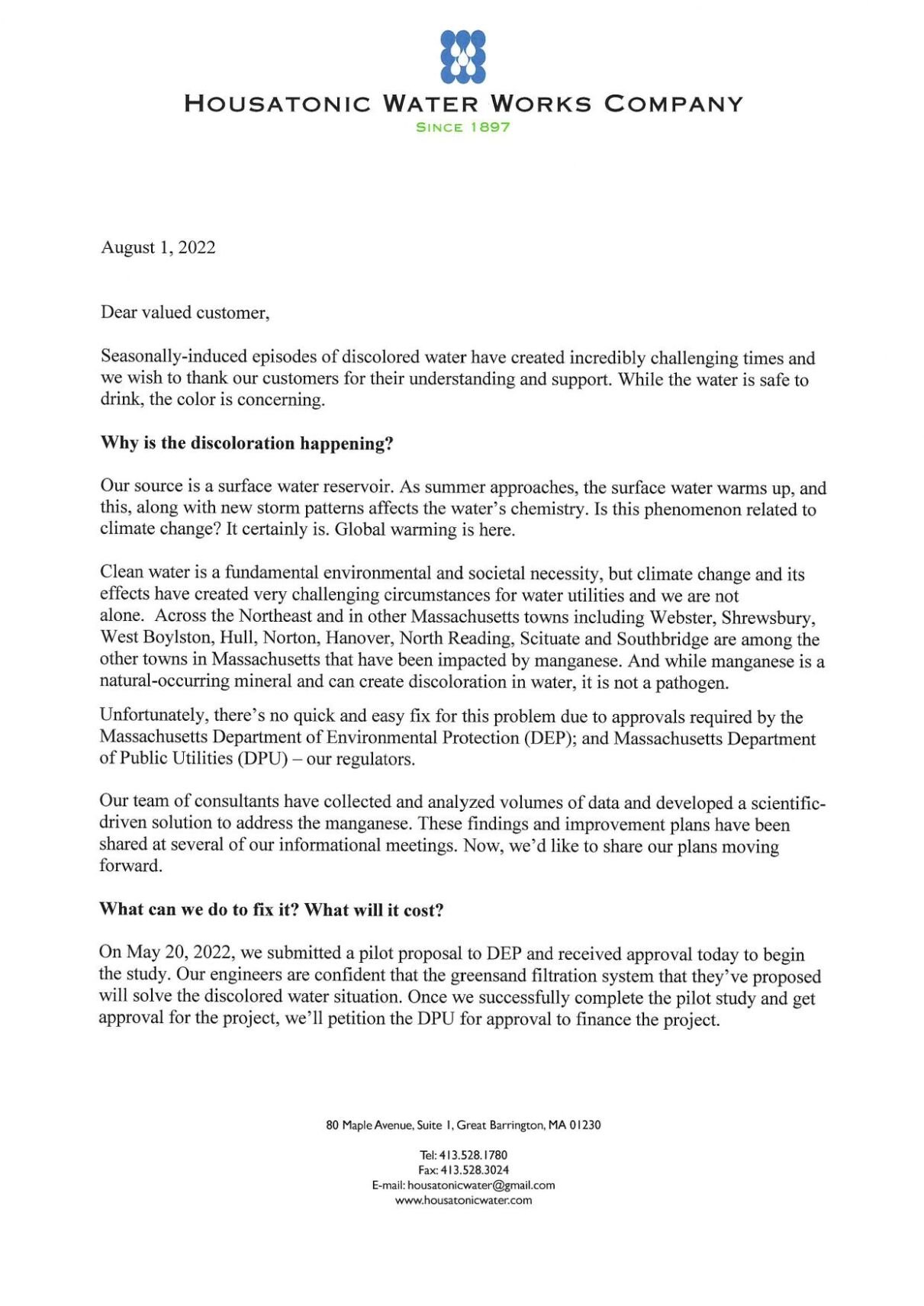 The company will begin a pilot study to make sure. It got approval from regulators on Aug. 1 to begin.

The second phase of fixing what ails the system will cost another $2 million, and that includes a new 800,000-gallon storage tank.

Regulators continue to say the water is safe to drink, but residents are skeptical.

The safety came into question in January when the company announced elevated levels since last August of a compound linked to cancer. Those levels have since dropped.

In an Aug. 1 letter to customers, Mercer thanked them for their understanding during “incredibly challenging times” caused by the “seasonally induced episodes of discolored water.”

Mercer says the culprit is climate change, and that Housatonic is not alone. Nine other communities in the state have discoloration problems due to manganese.

Health officials are concerned about the impact consuming Housatonic water might have on the young, the old and the ailing. They plan to press the Select Board to do something about it.

Should Housatonic mount a water bill strike? A new group is exploring it

A group calling itself “Housy Waterstrike” seeks to rally those pushing for solutions to water problems in Housatonic.

The state this month advised users of the town's water system of elevated levels of manganese, cautioning against giving the water to infants.