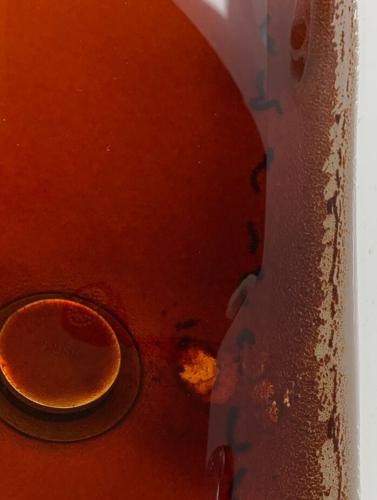 Bathwater at Kristi Lewis-Walsh's Housatonic home. Lewis-Walsh says that this photo shows the brown particles, attributed to excess manganese, falling to the bottom. 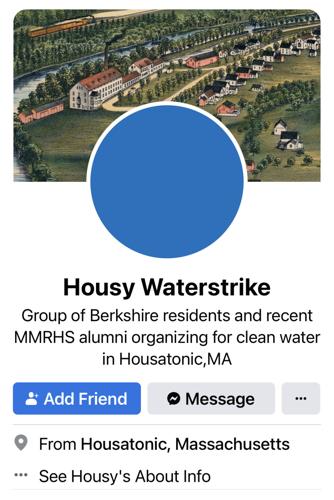 The group "Housy Waterstrike" emerged on Facebook Sunday asking residents and Housatonic Water Works Co. customers to band together for a possible water bill strike and other measures. Water in Housatonic has run in shades of yellow to brown for residents over the years, and worsened this summer.

GREAT BARRINGTON — People are exploring whether unhappy customers of the Housatonic Water Works Co. should stop paying their water bills.

A group calling itself “Housy Waterstrike” posted to a Facebook group Sunday, asking that people pushing for solutions to water problems reach out through the group’s email address “to achieve clean water in Housatonic.”

“We have created this group because we have been following the story of contaminated water in HWW’s systems,” the group said in a post. “We believe that a water bill strike would be beneficial in giving the community’s demands more leverage and bargaining power.”

According to its post, Housy Waterstrike seeks to unite people and groups already acting through petitions, legal funds and protest actions so they can band together. Residents could use the money saved for some type of solution.

“A strike could also be used to pool money for water relief, rather than paying for water that is not fit for drinking, bathing, etc.,” the post said.

The group’s members identified themselves only as recent Monument Mountain Regional High School alumni and Berkshire residents. They did not respond to an email Monday requesting more information.

The group has surfaced near the end of a summer of ongoing and, for many, worsening problems with water that runs from faucets in shades of yellow to brown. The company attributes it to excess manganese in the Long Pond water source.

The aging water system also needs a massive and expensive overhaul. Its filtration system is outdated. The company has begun to test a filtration equipment that it believes will remove the manganese. If it works, the company will buy one — with an eventual rate increase.

The company’s co-owner and treasurer, James Mercer, said last week he understands the concerns and is just as frustrated with the situation.

Residents have taken to Facebook to try to rally residents and come up with solutions.

Housatonic resident and Clean Water Alliance member Debra Herman is raising money to hire a Boston attorney. She said she can’t yet say what legal action might be considered.

Herman, whose water on Sunday was the “color of tea,” but clear on Monday, said hiring a lawyer is a last resort. Over the years, she’s talked to state officials including lawmakers, regulators and town leaders.

Like Herman, a number of residents describe water whose quality is unpredictable from one day to the next.

Another resident, Kristi Lewis-Walsh, whose photos and video from Sunday are presented with this article, buys water for drinking and cooking, and does the laundry at her mother’s house. She said “you never know” what kind of water will come out of the faucet, and that her water has been brown on and off for years.

“We never drink it,” she said. “If it is clear, the chlorine smell is so strong it smells like an indoor pool.”

Inflation throws a wrench into a Housatonic water fix. Now, the waterworks might connect with Great Barrington

As inflation hits the waterworks, it looks to new solutions. It appears connecting Great Barrington and Housatonic water isn't such a stretch, after all.