SANDISFIELD — For the past few years, some of what the town’s treasurer and accountant has recorded in their books doesn’t match and receivables are high, and this has officials feverishly working to understand why and fix it.

They also want to understand why there is a separate, unreported bank account used for payments made in cash to the treasurer, who also is the tax collector, and why the total amount of real estate tax delinquencies also does not match and why some back taxes date to 2013.

And they want to make sure that, in the future, tax receipt stubs always are stamped with the date paid, whether the payment was made in cash or by check, and who took the payment. In Sandisfield, this hasn’t always been the case.

Officials also want to make reconciling accounts routine, to avoid the current hot mess of unknown amounts of free — or leftover — cash that, as a result, can’t be used to pay for things the town needs. Tidy and matching ledgers also will help the town pass its next audit in order to make it attractive to lenders as it tries to solve big infrastructure problems.

“Without a good audit, it’s tough to get a reasonable deal on a bond,” said Finance Committee Chairman Roger Brown, who noted that the situation the town is facing is akin to a personal checkbook that hasn’t been balanced. The town can’t use money if it isn’t sure how much money is there.

“If you couldn’t figure out what the difference was between what you had and what the bank said, how do you feel comfortable with where you are?” Brown said. 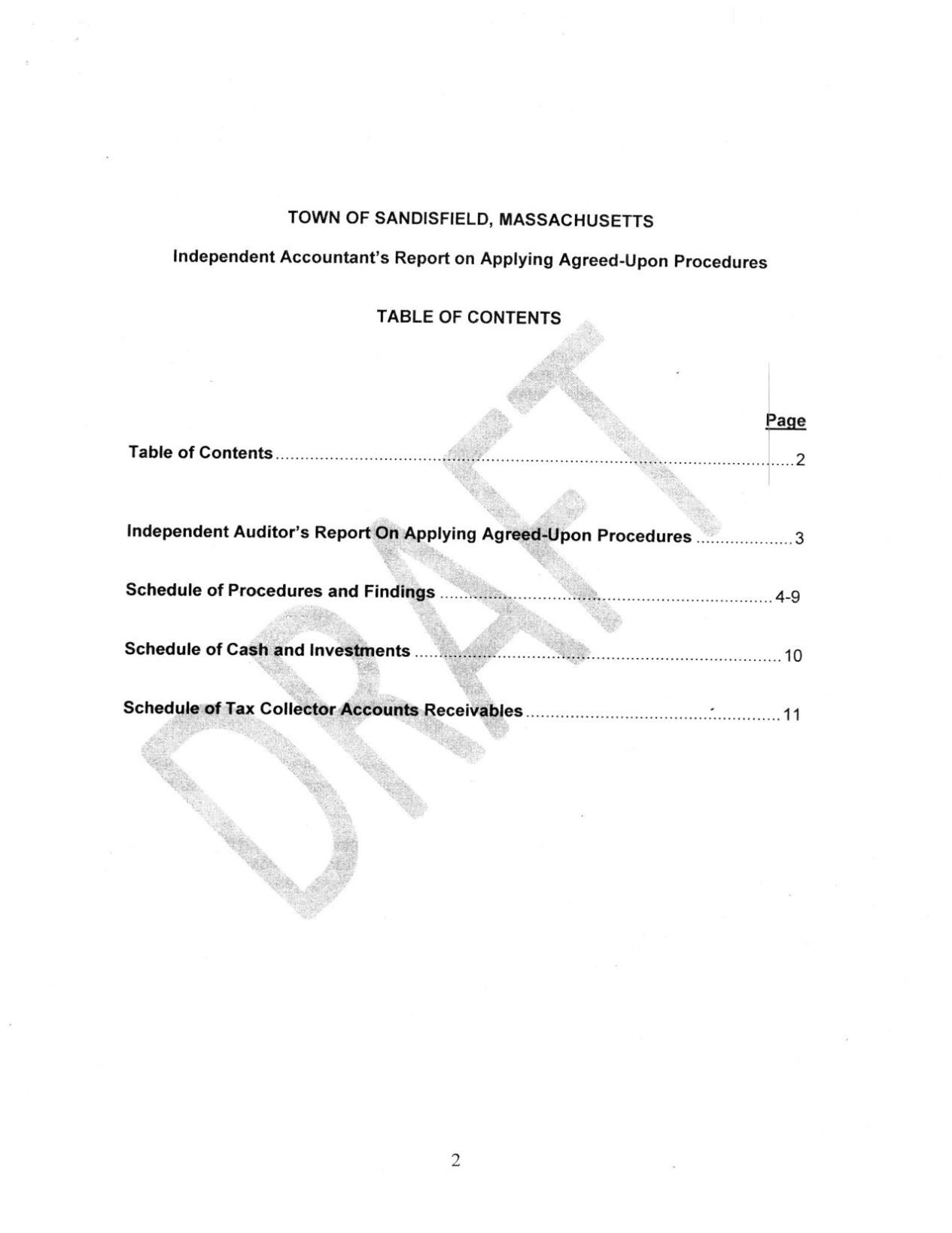 At its Monday meeting, the Select Board approved a plan to tackle each of the numerous problems raised in a May 28 report by independent accountant Scanlon & Associates, said Select Board Chairman George Riley. “We haven’t uncovered any malfeasance, but simply some practices that haven’t been used,” he said.

Unbalanced books since 2016 are roiling this town of about 880 residents on the far southeastern border of Berkshire County, setting off rumors and prompting officials to feverishly probe Town Hall and scour its books. A 2016 audit found cashbook reconciliation problems, a low rate of collecting unpaid property taxes, inconsistencies recording cash payments and a number of other issues. 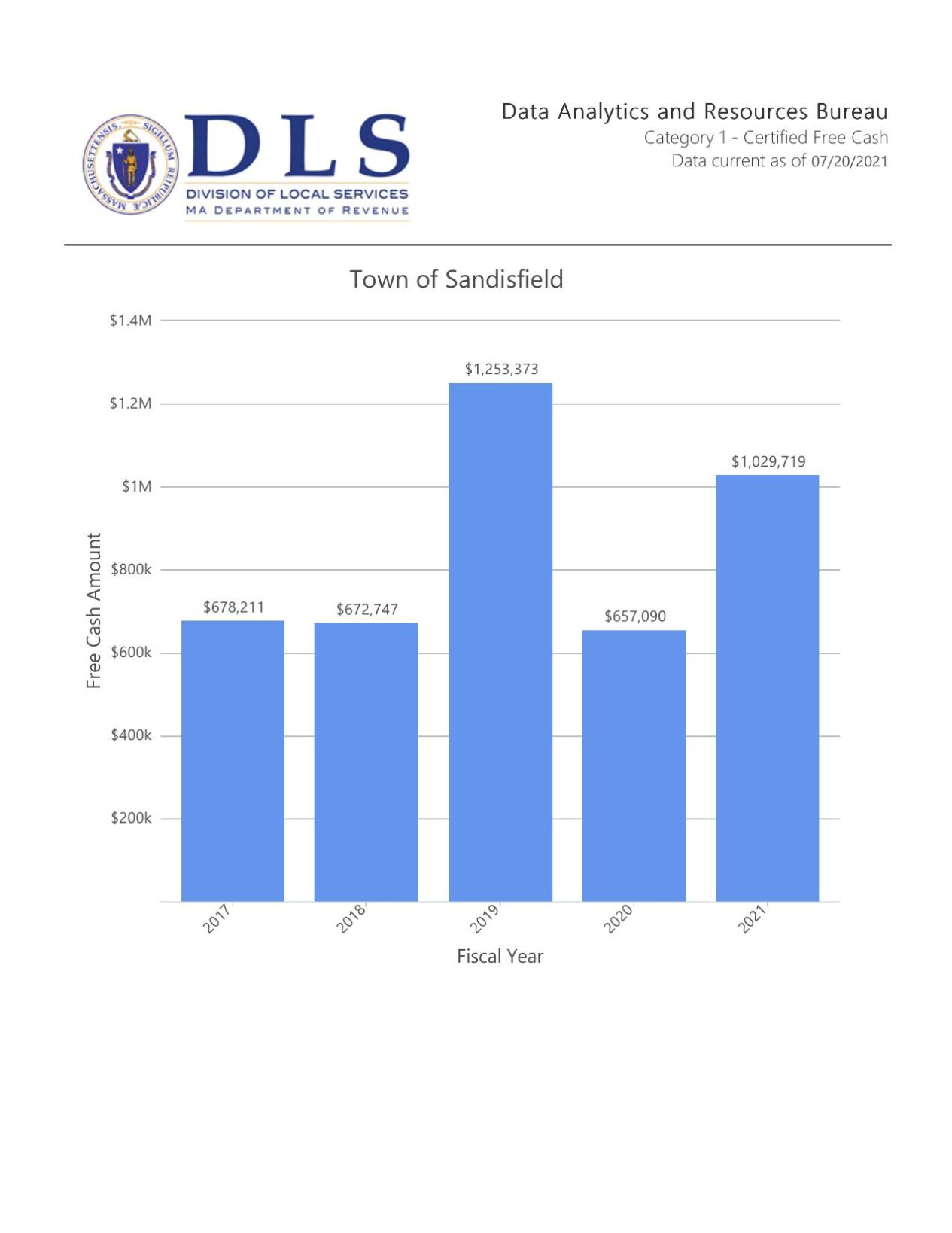 Officials commissioned this more recent “Agreed-Upon Procedures” report to see what had been resolved and fix the outstanding problems before a new audit.

But, this report coincided with four people leaving key positions at Town Hall. Three key employees left amid a swirl of drama, and, last week, a Select Board member abruptly resigned. All this during a period of about two months.

Scanlon’s report, in part, notes “variances” in amounts of free cash, which is money that wasn’t spent the previous fiscal year, as well as the real estate accounts. 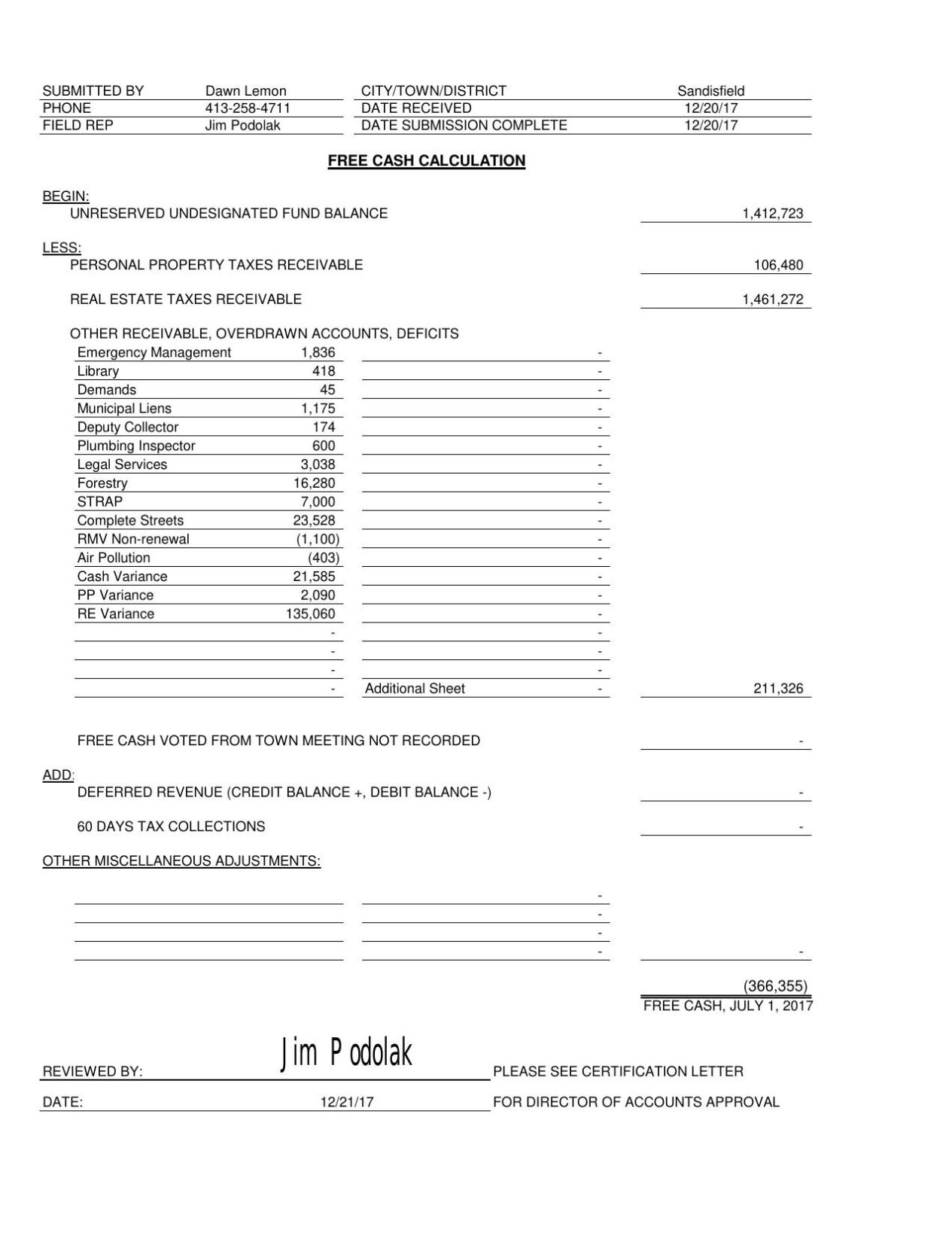 And from 2017 to 2020, eight instances of variances ranged from $9,096 to $135,060, according to Certified Free Cash Calculation Forms submitted to the state’s Division of Local Services. The forms also show the town’s uncollected money. Free-cash forms are submitted the year before free cash is certified.

Scanlon recommends a monthly reconciliation of the books and better organization by those who handle the town’s finances, to avoid the risk of “misstatement due to error or fraud.” 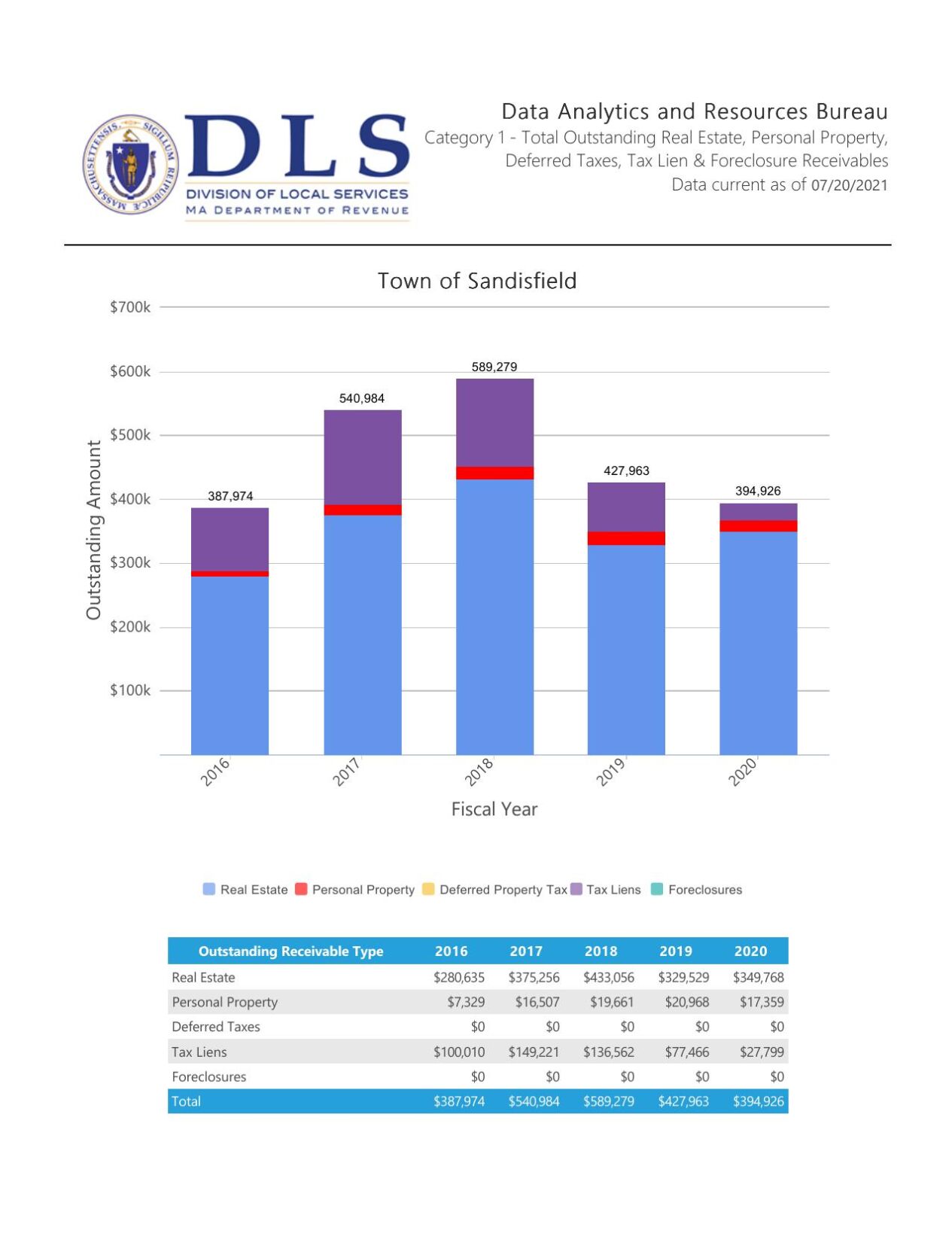 Yet another Sandisfield employee resigns amid problems with Town Hall's books. This time, it was the tax collector.

Sandisfield's Select Board has a new member. He says he'll use his skills as a contractor to get things done.

He knows how to drag a project across the finish line, and he knows how to manage people. Meet Sandisfield's new Select Board member.

After a staff exodus from Town Hall, a batch of new employees arrives in Sandisfield and new practices are installed.