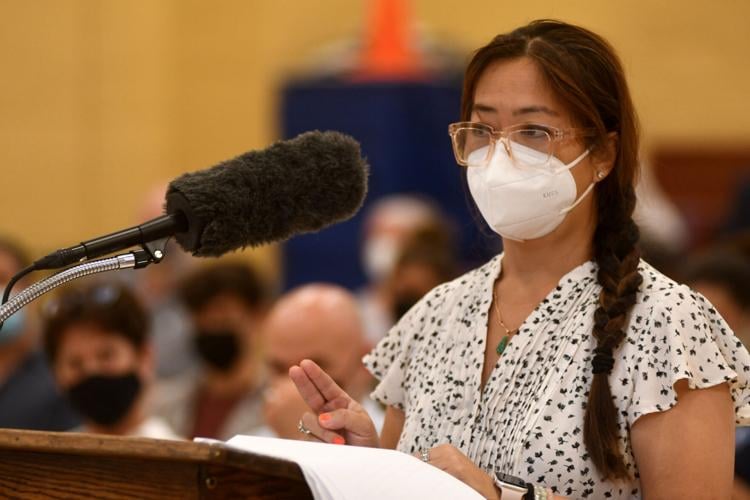 Truc Nguyen, of the Truc Orient Express restaurant in West Stockbridge, speaking at the public hearing for The Foundry's special permit last week. 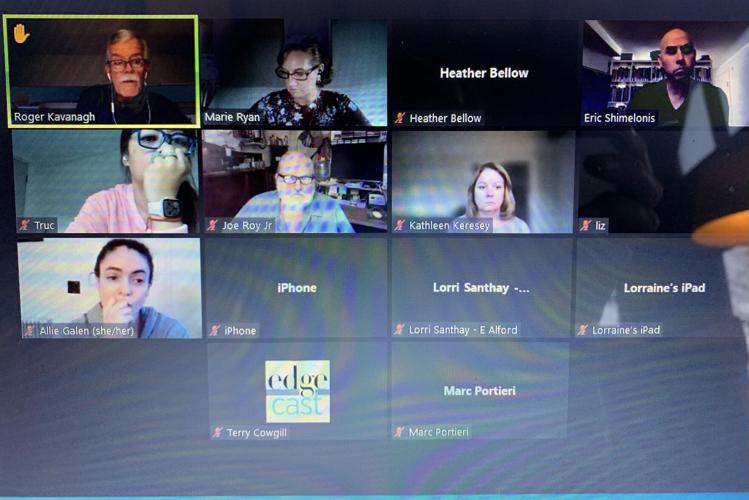 A harrowing moment during a West Stockbridge Select Board meeting held on Zoom Tuesday. At least one person interrupted the call with threats and a racist slur against Truc Nguyen, who is Vietnamese.

UPDATE: A Zoom official has contacted the town about the threatening "Zoom bombing" incident that occurred Tuesday during a public meeting and vowed to help police catch the offenders.

WEST STOCKBRIDGE — A Select Board meeting took an ugly turn Tuesday when at least one person interrupted it with a racial slur and threats directed at the owner of a Vietnamese restaurant who last week emerged from a controversy over noise from a neighboring business.

"Now we have a target on our back. People know where we live, people know where our business is and I am shook to my core." Truc Nguyen, responding to an anti-Asian slur by a Zoom bomber

The “Zoom bomber” directed the message to Truc Nguyen, owner of Truc Orient Express, and also threatened others. The person also hacked into the Zoom accounts of board members, other attendees and a reporter, impersonating them and typing profane and threatening messages.

“You should all be [expletive] dead,” the person said, at one point, directing it at Nguyen, then everyone else.

The person, or several people, continued to attempt to speak, but Town Administrator Marie Ryan muted everyone on the video call.

“It’s shameful,” said board member Kathleen Keresey, who said the board would need to take precautions against such an incident in future.

Town Police Chief Marc Portieri was on the call and witnessed the incident, which began just after board members discussed whether to mandate mask wearing at Town Hall. He said he would do extra patrols near the Orient Express, off Harris Street and Merritt Way, and Nguyen told The Eagle that police had already made a sweep near the restaurant. He said he would investigate.

Board Chairman Eric Shimelonis said there had been several other episodes of profanity on previous Zoom calls and said he was devastated that this would happen in town.

The incident came after most town business, which included a follow-up discussion about conditions set on a special permit granted Thursday to The Foundry, a performing arts venue that began holding most performances outside due to COVID-19 worries.

Board member Roger Kavanagh said there is a 20-day period in which to appeal six conditions on the permit, which include holding most events inside the 99-seat theater, keeping decibel levels from exceeding 60, and not controlling or blocking Merritt Way, which is owned by The Foundry, yet is the only public access to Orient Express.

The permit also has to be renewed every year on Oct. 31.

A feud between The Foundry and Orient Express sparked over road access, noise from performances and other issues. It spun into a legal battle and revealed major municipal missteps that included allowing The Foundry to operate with out a permit since it opened in 2019. Both businesses are beloved and drew supporters from across the Berkshires and beyond into the fray until the matter was settled last week when attorneys for both agreed to the conditions.

The town continues to be in the early phases of fixing a street access problem that has contributed to the crisis. Highway superintendent Curt Wilton told the board that he is on the verge of finding an engineer to work on a plan to create an access points to Harris St. from Moscow Rd. The board is also going to search for a grant to explore whether the Harris St. footbridge, which connects Main St. to Harris St., can be retrofitted to carry vehicles. It was the closing of this bridge to traffic in the 1990s that hemmed in Orient Express, leaving it surrounded by private property.

Our Opinion: Zoom-bombing attacks democracy; we must do more to defuse it

A recent public hearing began the way that many do nowadays: local advocates and politicos joined an open video call with state officials to d…