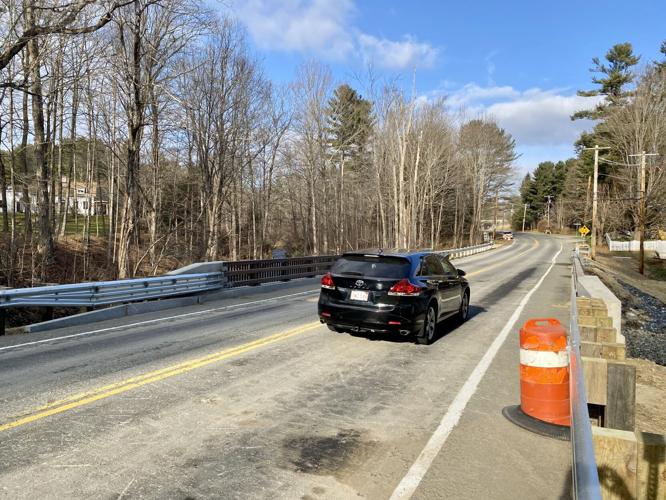 After more than 18 months of detours, drivers again can use the Larrywaug Bridge on Route 183 between Lenox and Stockbridge. 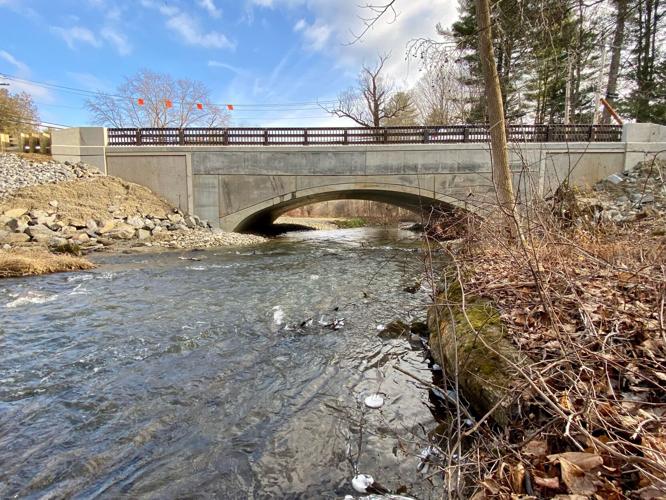 The Larrywaug Brook flows under the newly opened bridge on Route 183 (Interlaken Road) in Stockbridge. The project cost nearly $3 million. 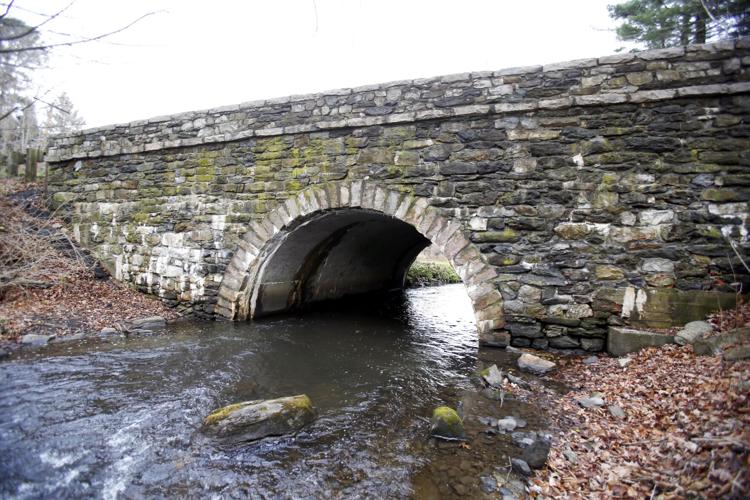 After more than 18 months of detours, drivers again can use the Larrywaug Bridge on Route 183 between Lenox and Stockbridge.

The Larrywaug Brook flows under the newly opened bridge on Route 183 (Interlaken Road) in Stockbridge. The project cost nearly $3 million.

STOCKBRIDGE — The bridge is back.

A year-and-a-half after work began on the Larrywaug Bridge project on Route 183, motorists again have access to a key connector between Stockbridge and Lenox.

With the replacement of the 1931 bridge just north of Route 102, traffic began flowing over the weekend, restoring a shortcut to and from key destinations, including Berkshire Country Day School, the Kripalu Center for Yoga & Health, Tanglewood, Morris Elementary School, as well as residences and downtown Lenox.

“The bridge is open and has met substantial completion,” Town Administrator Michael Canales said. “The blacktop is a base coat, and some finish work is required that will be completed in the spring, along with the final topcoat of blacktop.”

The project cost $2.9 million, including engineering, he said. It was delayed from contractor J.H. Maxymillian’s original Oct. 31 completion target by torrential downpours during the summer. The structurally failing bridge, deemed a safety hazard by the state, was closed to traffic 19 months ago in order to begin construction.

A previous setback was caused by the need to rebid the project, after problems developed with the original contractor from the town of Ware.

The work was funded by a combination of $1.5 million in state grants, a 20-year town bond and a $200,000 transfer from stabilization reserves. In June, annual town meeting voters approved $135,000 to cover additional costs.

A series of annual Massachusetts Department of Transportation inspections had described severe deficiencies afflicting the bridge over Larrywaug Brook. In May 2016, state inspectors deemed the bridge “in danger of imminent failure,” rating it only 3 on a 10-point scale, setting the stage for the rebuild and the shutdown.

Funding was complex for what likely was the most costly bridge project the town had faced. Project planning, including design and engineering work, ended up taking nearly three years.

The money was assembled in 2017, first from the state’s Small Town Rural Assistance Program (STRAP), which awarded the maximum possible grant of $1 million, augmented by a previous $500,000 infusion from the state’s Municipal Small Bridge Program. Letters of support for the STRAP grant came from Tanglewood’s Boston Symphony Orchestra leaders, Kripalu and the Norman Rockwell Museum.

Earlier that year, special town meeting voters approved a $2.6 million, 20-year bond to finance repairs to eight ailing bridges and roadways in Stockbridge, including the Averic Road twin bridges off Route 183 in the Interlaken neighborhood, which had been closed by MassDOT in May 2016. Reconstruction is underway, at an estimated cost exceeding $1 million.

Residents also voted to take $200,000 from the town’s $1.3 million stabilization fund, as of January 2017, to begin the design work for the Larrywaug Bridge replacement.