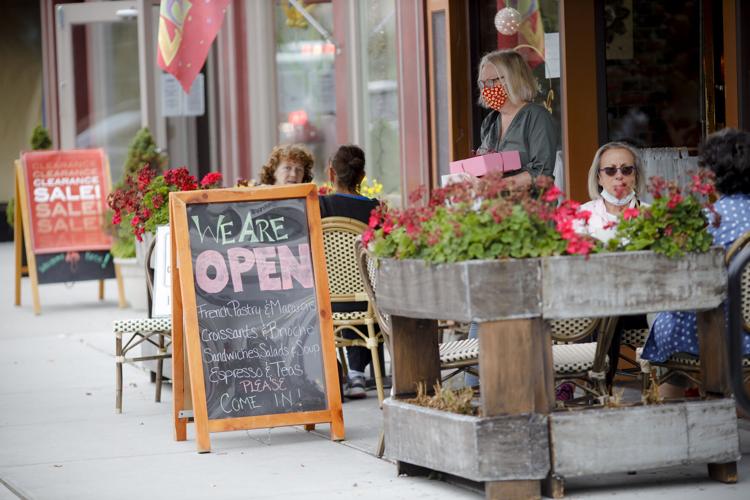 Lenox's hospitality industry fueled another $650,000 in lodging tax revenue from November through January, which is usually a quiet off-season for the town. 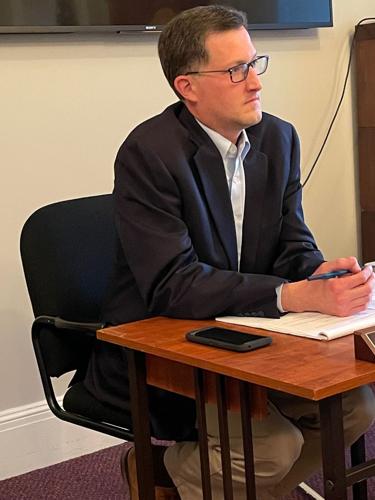 LENOX — The town’s hospitality industry fueled another $650,000 in lodging tax revenue into town coffers during the traditionally quiet November through January off-season, according to a state Department of Revenue report.

Despite the impact of the COVID-19 pandemic, after the full year’s lodging tax revenue is released at the end of June, the total could approach double the previous record of just over $2.1 million, set between July 1, 2017, and June 30, 2018.

Looking ahead, an informal survey of area lodging proprietors and restaurant owners is signaling a record warm-weather season for tourism in Lenox in the months ahead.

The continued growth of the robust hospitality trade, despite the pandemic, comes at an especially convenient time during the budget-planning season. Despite a drawdown of “free cash” reserves certified by the state at $4.2 million last August, the total will be replenished and remain high this summer, largely because of the current rooms tax surplus, Ketchen told The Eagle on Tuesday.

The town’s spending plan of $30.9 million for the upcoming fiscal year is subject to voter approval during the May 5 annual town meeting at 7 p.m. in the Duffin Theatre of Lenox Memorial Middle and High School.

The proposed town budget includes a transfer of just over $800,000 from “free cash” to fund the $23.4 million general fund operating budget, Ketchen said. Rising health insurance costs and increasing participation in town-provided benefits are contributing to significant increases in spending for some municipal departments, he pointed out.

The overall School Department budget, to be considered separately by voters, totals $14.9 million for operating expenses. About 82 percent of that budget is driven by personnel costs, as is typical for cities and towns in the county that fund their own school district.

Although the Select Board has approved the town’s spending plan, the advisory Finance Committee delivered a warning shot to residents. While saluting Ketchen for “a superb job of managing operation expenses under his control,” committee members urged the School Department to revise its budget planning in the future “to ensure that it continues delivering an education of highest quality at manageable cost.”

Citing the committee’s goal on behalf of taxpayers “ensuring that our local government is supporting our quality of life without straining our cost of living” by helping to “maintain property taxes for our neighbors at consistent and reasonable levels,” the members asserted that “limiting property tax increases requires limiting increases in the Lenox Public Schools budget.”

“This year’s LPS budget is 4.9 percent higher than last year, significantly above the 3 percent growth target set by the Town Manager,” the Finance Committee stated. “We recommend that LPS adopt a more strategic planning process in future years than it employed this year. Achieving the district’s goals in a fiscally responsible manner will require significant reallocations of resources, which must occur through a budgeting process that begins from any school district’s necessary core offering but then identifies relatively lower-priority areas for reduced investment that can help to fund important new initiatives.”

The committee stated that a “review of staffing will be especially important. From our understanding, LPS has not performed this exercise in recent years, which means both that it is sorely needed and that a process for it will have to be established. If the School Committee does not address the fundamental structure of its budget, the costs will continue to rise aggressively.” 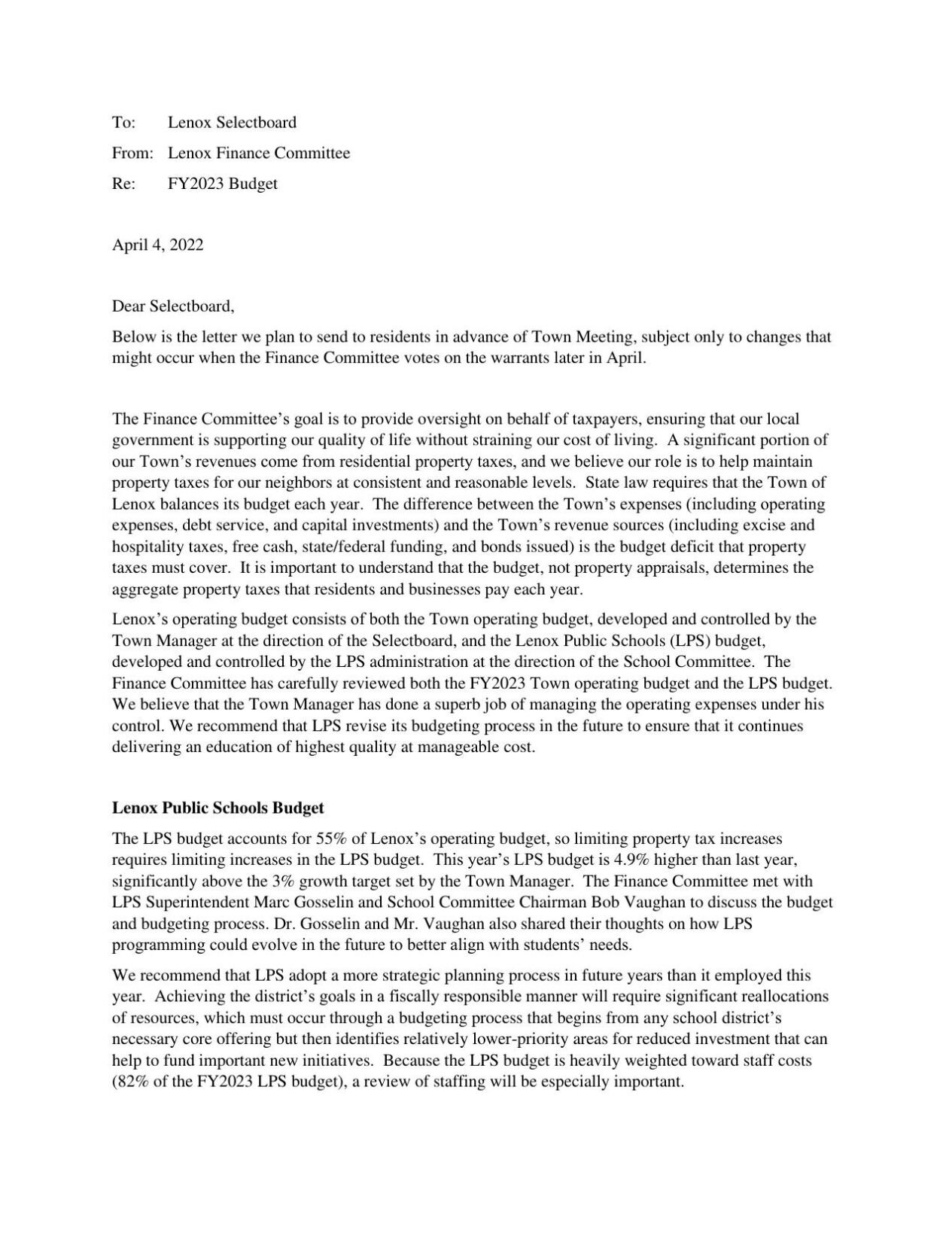 Pointing to major capital investments facing the town, estimated at $86 million over the next five years, the members urged “additional scrutiny and specific expertise … to ensure that these projects are well-coordinated and fiscally sound.” The committee recommended “hiring a knowledgeable capital project manager who can support the Permanent Building Committee in thoughtfully guiding the town’s projects with appropriate oversight may be worthwhile during this period of high capital investment.”

As its bottom-line recommendation, the Finance Committee expressed unanimous support for the town’s operating budget, but not for the education budget. “We hope that with a more a strategic budgeting process by the School Committee over the next year the Finance Committee will be able to support its FY 2024 budget,” the members wrote.

Acknowledging the Finance Committee’s “great deal of concern” and “significant reservations” about the school spending plan, Select Board Chairwoman Marybeth Mitts praised the committee as “very highly regarded” by board members.

“We take their opinions and considerations to heart when we’re evaluating the different aspects of the operating and capital budgets,” she said. “We thank them for the countless hours that they’ve dedicated to a great, very substantial letter.”

Here’s the total lodging tax revenue taken in by the town of Lenox during the past 15 fiscal years (figures are rounded off):

Clarence Fanto can be reached at cfanto@yahoo.com and on Twitter @BE_cfanto.