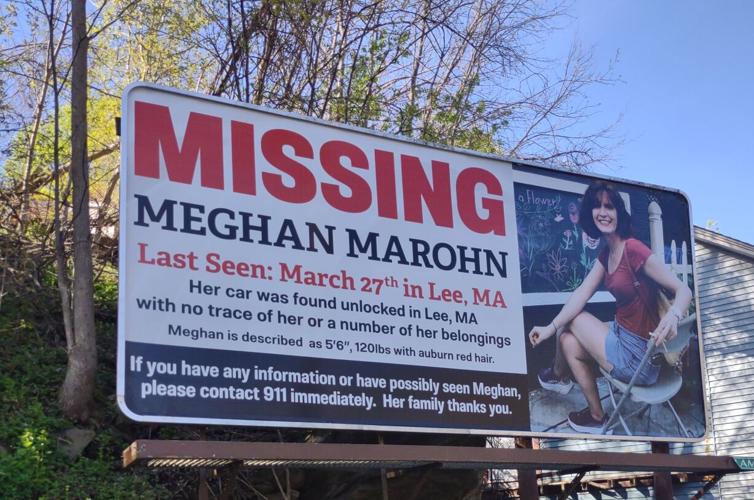 This billboard on Center Street in Lee is one of two the family of Meghan Marohn have paid for to keep the disappearance of the New York woman in the public eye.  The high school teacher has been missing since late March. Her car was discovered in Lee. 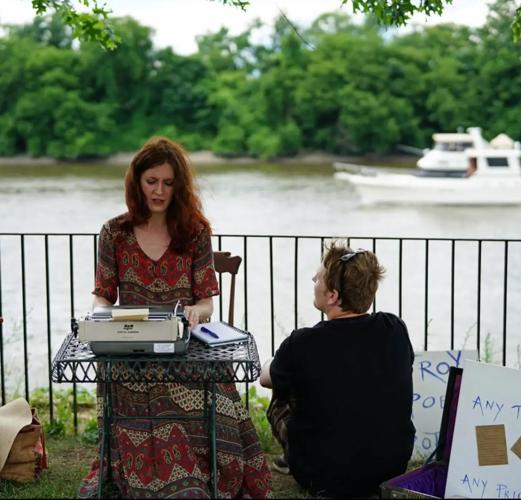 Meghan Marohn, who has been missing for two months, is shown here writing poetry for her Troy Poetry Project. 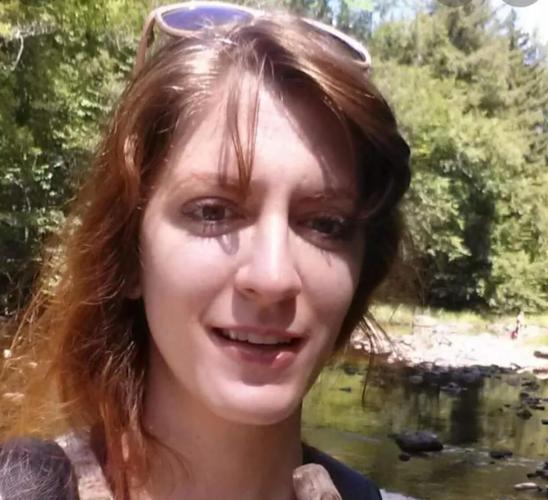 LEE — When Meghan Marohn vanished, so did her purse, keys, hotel key, cellphone and laptop.

The family is considering a search and vigil gathering soon in Bear Town State Forest in Monterey. Police as well as Berkshire Mountain Search and Rescue have also searched that area.

And her tiny Fisher Price bunny, a good luck charm since childhood.

All these things, like Marohn, haven’t been found. It’s been exactly two months since someone said they last saw her.

A massive search by authorities for the New York state school teacher spanning more than a week proved fruitless. Occasional searches continue, along with speculation about where she might have gone and why. Even national media attention — like an NBC Dateline story last week — hasn’t helped crack the case.

Her family isn’t giving up. But it’s not easy.

“Nothing,” said her brother, Peter Naple, when asked if new clues have surfaced. “It’s a state of limbo that I’ve never thought I’d be in. It seems like she just literally vanished into thin air.”

Marohn, 42, of Delmar, N.Y., was last seen on Sunday, March 27, when an ice storm blew hard through the county. She had checked into The Red Lion Inn on March 24, and was to stay there until March 30.

Naple last spoke to Marohn on March 26, when she had traveled to the Stockbridge hotel to find relief from what he later learned were school-related personal problems. He tried to contact her the next day, March 27, but did not hear back.

On Monday, March 28, Naple grew anxious and called the hotel.

“I spoke with everyone there [at the hotel],” he said.

He traveled to the inn, and with staff, went into her room. Some of her belongings were still there. But the room looked as though Marohn hadn’t returned the previous day, and as if she had not slept in the bed.

Naple called police. The next day, Tuesday, he filed a police report in New York state.

That was the same day a South Lee resident found her 2017 black Subaru Impreza. It was parked at the trailhead for Longcope Park, which has a one-mile hiking loop off Church Street. Marohn is known to be a hiker.

An FBI spokesperson declined comment when asked if the agency is involved. Lee Police as well as Massachusetts State Police continue to investigate her disappearance as a missing persons case.

Marohn is nowhere to be found.

DeSantis said the department continues to collaborate with state police and other public safety agencies that have been involved from the beginning. He said they are mounting “cyclical” searches.

The family is still offering a $50,000 reward for information that leads to Marohn’s safe return. Naple set up the findmeghanmarohn.com website, in part, to help with volunteer search efforts. He said anyone is welcome to search at Longcope Park, which is public property. But police had also focused on private property in the area, making volunteer searching there difficult.

Her last cellphone signal was tracked to an area of private property, less than a mile from where her car was found.

The family is considering a search and vigil gathering soon in Beartown State Forest in Monterey. Police as well as Berkshire Mountain Search and Rescue have also searched that area.

Naple has placed billboards in Lee and Lenox and started a GoFundMe account to raise $50,000 to hire a private investigator. The campaign has raised $18,820 as of Thursday.

The fundraising page is filled with comments from those inspired by Marohn, who is also an activist and poet. Parents of those who have had Marohn as a teacher wrote to say how much she inspired their children, went above and beyond and served as a role model.

But Marohn was suffering over something that had happened at Shaker High School in Latham, N.Y., where she was teaching.

Naple eventually learned about this as the reason for her respite in Stockbridge. He said she had been placed on paid leave until the end of the school year effective March 24 — the same day she went to the Red Lion.

Dateline reported in an online story last week that Marohn had been upset about something related to another colleague at the school.

But Naple told Dateline that the school never said why Marohn was on paid leave, despite his repeatedly asking. The head of the district’s teachers union told its members after her disappearance to stay quiet about it.

Naple said Thursday that he hasn’t learned anything beyond this about her troubles at the school.

Police won't speculate about whether Meghan Marohn was stalked by a man who was angry with her before she fled to the Berkshires.