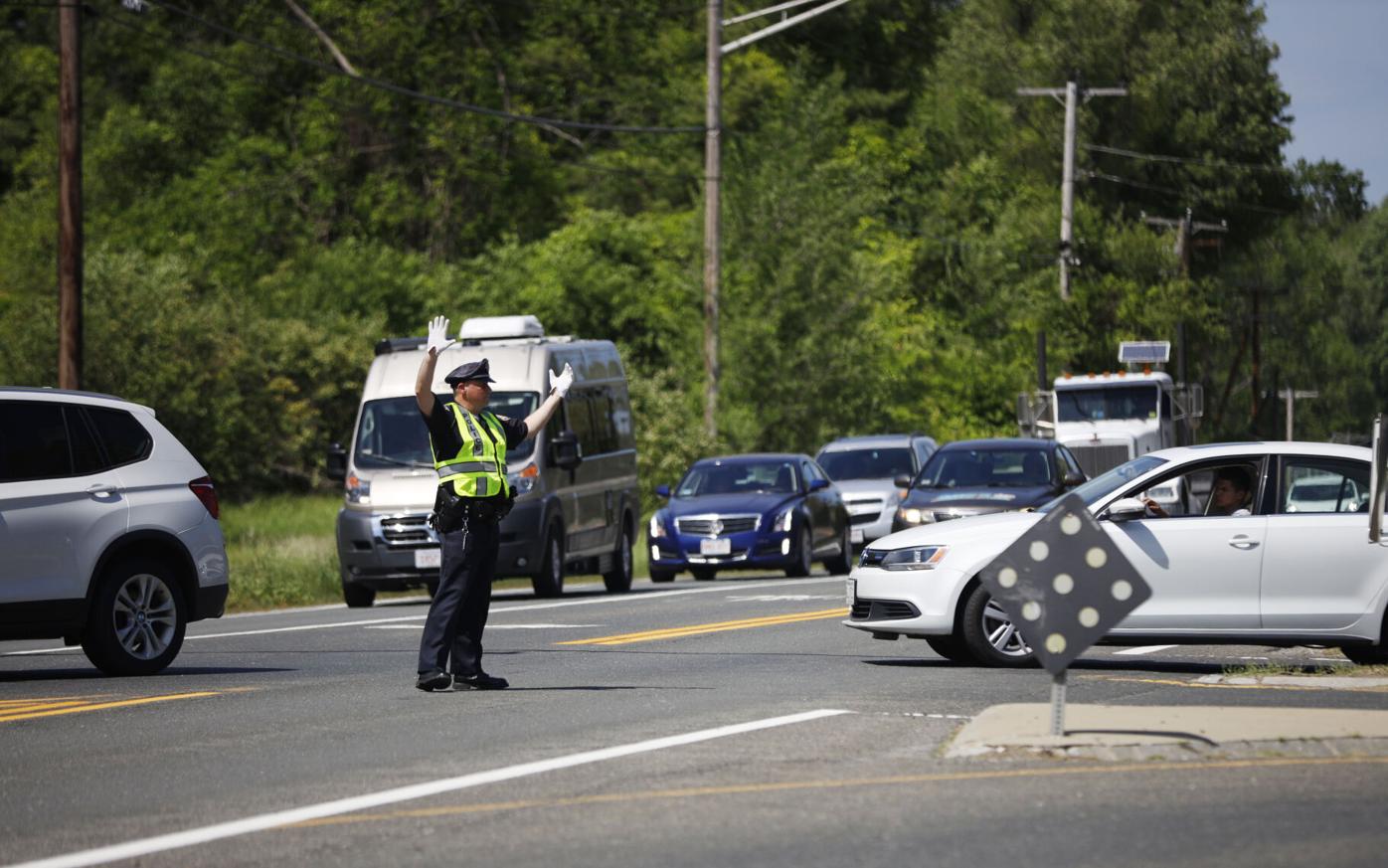 A Stockbridge police officer steps in to direct traffic as drivers navigate the intersection of Monument Mountain Regional High School’s driveway and Route 7 at the end of the school day. At around 2:45 PM, the intersection becomes treacherous for drivers, especially those turning southbound as they leave the school. Now DOT has succumbed to pressure from local and state officials to make some safety changes. 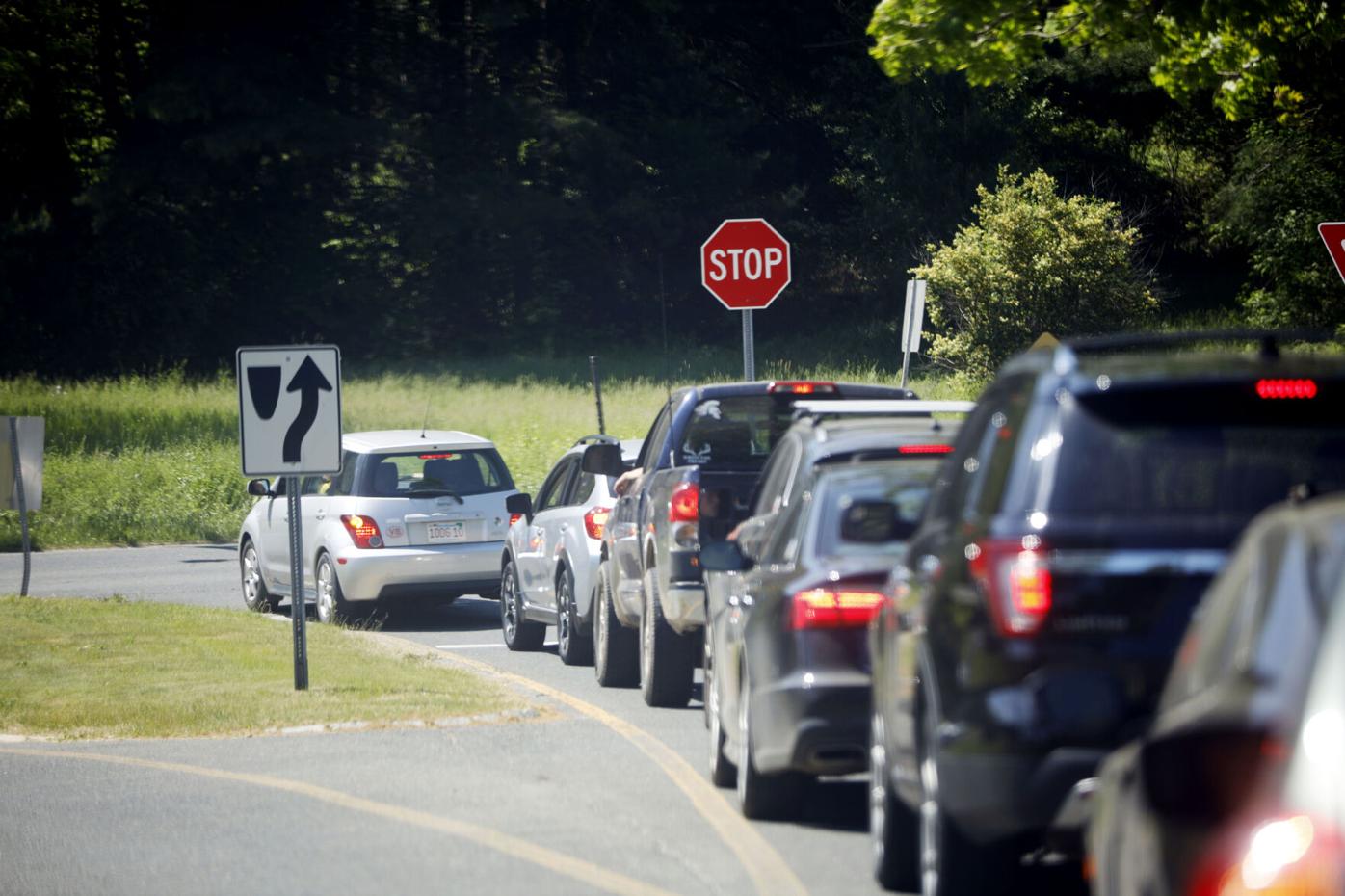 A line of cars backs up as drivers try to turn southbound on Route 7 leaving the school at the end of the school day Tuesday. Department of Transportation engineer Patrick Tierney said the agency's refusal to put in a light has nothing to do with expense or an attempt to keep traffic moving. He said there isn't enough traffic there to warrant it. But DOT officials have finally succumbed to pressure to make other safety changes there. 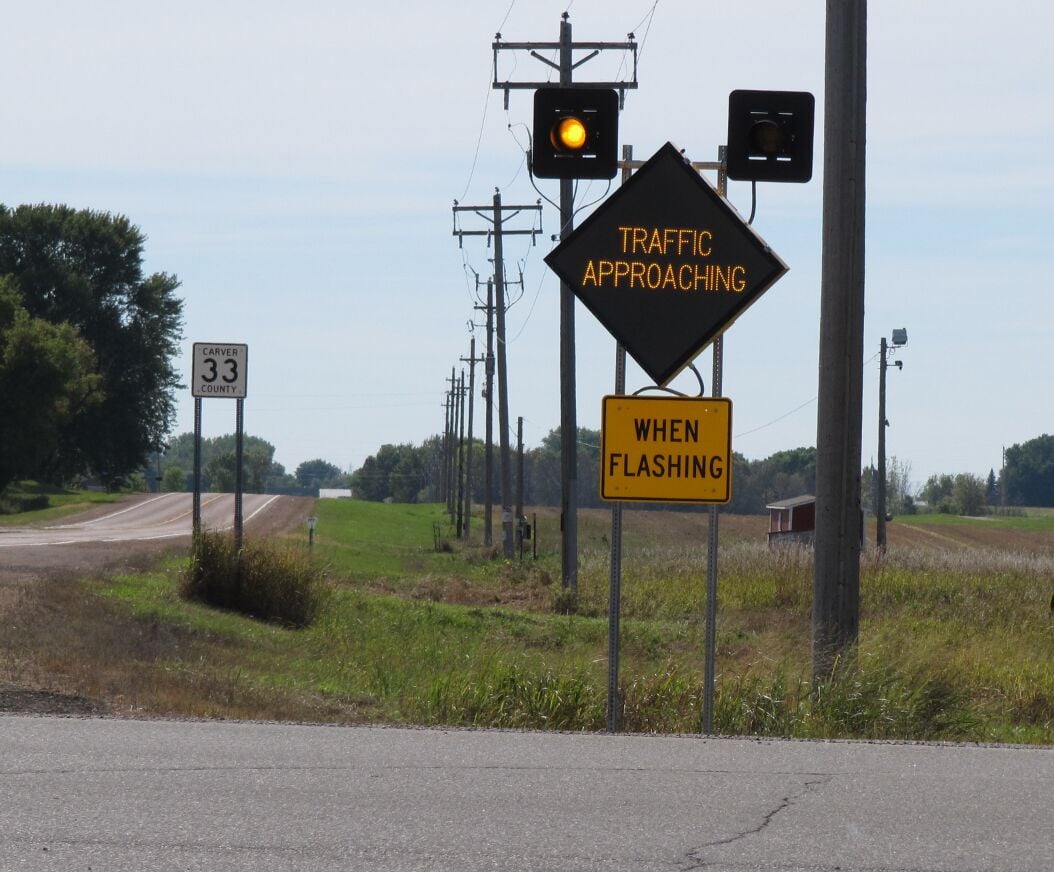 An example of an intersection conflict warning system device in Minnesota. The Massachusetts DOT might place these devices at the Monument Mountain Regional High School entrance to improve safety.

GREAT BARRINGTON — After decades of near-misses and the occasional crash at the Monument Mountain Regional High School entrance off Route 7, the state appears ready to make some safety changes.

Speaking at Monday’s meeting of the Select Board, Vice Chair Leigh Davis laid out the possible steps, which could include reworking the northbound turn lane and adding a warning signal device.

The intersection has long been worrisome for parents, police and town and school officials — there have been six crashes since 2014 — because it requires young drivers to navigate complex timing and blind spots as they turn on and off of a state highway. The push for a stoplight resumed in earnest after a 2016 crash, which rattled the community, though no one was seriously injured.

But the DOT said data about the intersection doesn’t meet the criteria for a full stoplight, and instead reduced the speed limit to an advisory 35 mph in the school section of the 55 mph zone, and installed flashing lights. Since then, there have been two more minor collisions — one in October 2019 and another on May 5.

GREAT BARRINGTON — A little more than two weeks after the latest crash in front of Monument Mountain Regional High School, representatives of …

In the last few years, police have rerouted school traffic and removed officers from the morning rush because of the danger. After the most recent crash, Davis and Police Chief Paul Storti again renewed the push for DOT officials to install a stoplight.

Davis said the latest plan under discussion could result in changes to the turning lane into the high school for motorists driving north, and a “intersection conflict warning system,” which uses a motion-detection system to alert drivers to the presence of other cars.

Other states have begun installing these systems, which run at around $100,000 or less. Davis said DOT might also consider other additional solutions, and the agency has already asked for access to the school property.

Berkshire Hills Regional Schools Superintendent Peter Dillon said the district is working closely with the DOT, and will give a presentation about the changes at Thursday’s School Committee meeting.

“They have been very creative and have come up with a range of possible improvements,” he said in an email, noting that these would be short-term solutions until an internal driveway can be installed when the high school is renovated or rebuilt in the next several years, as hoped.

“I feel like [the DOT] finally took it seriously,” Davis said later.