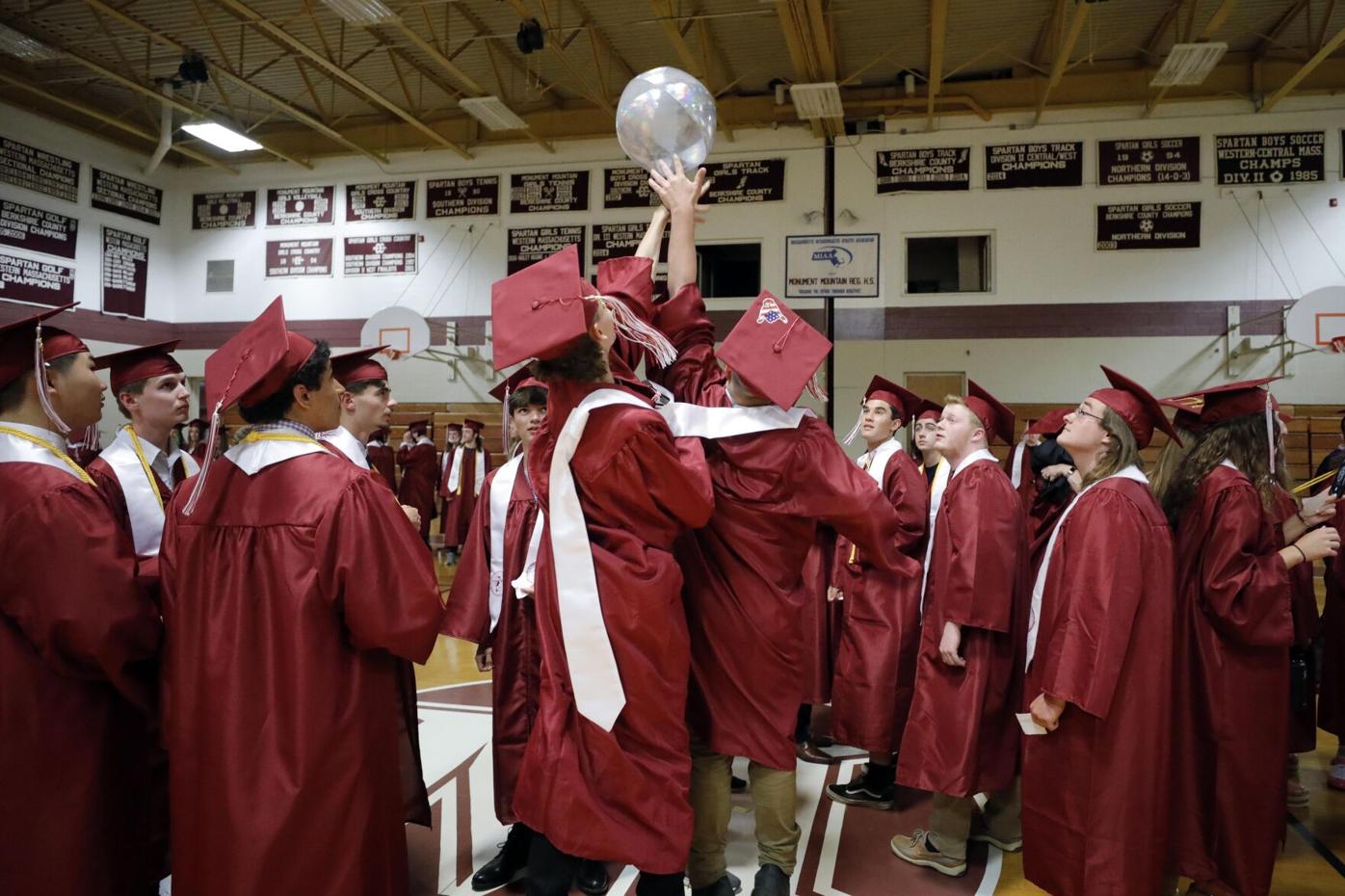 Seniors celebrate graduation this year inside the Monument Mountain Regional High School gym. The community is desperate for a high school building that works, is safe — there is no fire-suppression system — and honors a modern public education. 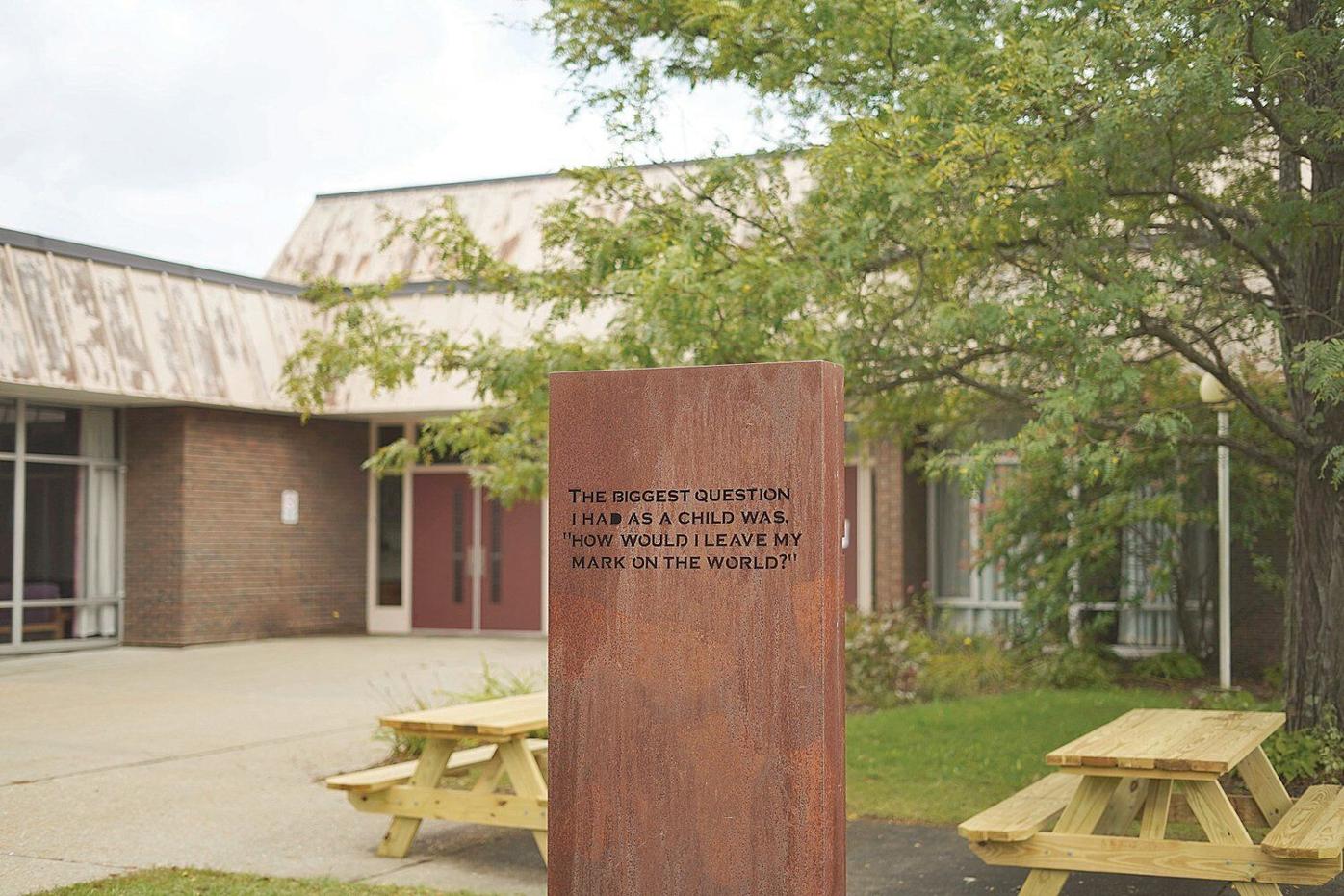 The main entrance to Monument Mountain Regional High School, built in 1968. Its systems are far past their service life and the building is shortchanging students, say officials.

GREAT BARRINGTON — The boilers were installed when Lyndon B. Johnson was president. Same with the windows and electrical system.

That was 1968, the year Monument Mountain Regional High School was built amid the state’s push to close town schools and regionalize.

Now, it remains one of the few high schools in Berkshire County that have not been renovated.

More than 50 years later, and after Great Barrington voters twice killed plans to renovate the school almost a decade ago, the community is desperate for a high school building that works, is safe — there is no fire-suppression system — and honors a modern public education.

“There are many deficiencies in the building’s infrastructure that we feel prevent us from offering the program of studies we feel is our duty,” says the district’s sixth application to the state’s school building funding arm. “One of our largest concerns is the condition of the science labs.”

The application to the MSBA

The most recent application to the Massachusetts School Building Authority to help pay for an overhaul of Monument Mountain Regional High School.

Other longtime problems include air exchange in the building — the school purchased air purifiers to add a layer of safety during the coronavirus pandemic.

“While we managed through the year, using finer filters and leaving windows open is not a long-term solution,” the application says. “We spent tens of thousands of dollars to simply get by.”

The absence of a fire-suppression system worries the town’s fire chief and building inspector, the application says.

Last week, Peter Dillon, superintendent of the Berkshire Hills Regional School District, said that the district will learn in March whether it is eligible for money to overhaul the school in some way, after submitting in June its most recent Statement of Interest to the Massachusetts School Building Authority.

“We’ve made a really compelling argument. I keep trying to make arguments to [the building authority] that it's important not to shortchange another generation of kids.”

The district also will ask voters at the next annual town meetings, in district towns including Stockbridge and West Stockbridge, for money to pay for a new school design work — that possibly could run about $1 million, according to School Committee Chairman Stephen Bannon. The building authority won’t reimburse for that, since it already has paid back the district once during a previous round to renovate the school.

In the application for money, school officials list problems in the physical plant that require constant upkeep and money. They say that these present students with an obsolete learning environment that risks losing them to other schools and is hurting the prospects of those who must attend.

Dillon and the School Committee have been trying overhaul the school since 2010.

Out of six applications to the agency, two were accepted and renovation plans sent to voters in district towns. It was a $51 million plan and the state would cover about half. But, Great Barrington voters were worried mostly about tax increases and twice rejected the proposals. The town bears most of the school budget, since it sends the most students to the schools.

A deal later hammered out by the three towns reduced the cost burden for Great Barrington in the event of building and other capital projects.

The building authority, inundated by appeals from needy schools, rejected a new application in January 2020, and again in April 2021.

A decade later, the total cost is likely to range from $70 million to $96 million for a renovation/addition, according to district estimates. A rebuild would cost $79 million to $100 million.

The district’s application says the building falls short in nearly all academic areas by not supporting modern learning. A number of programs are in “dire jeopardy” of losing accreditation and other support as a result. These include automotive, horticulture, early childhood and culinary programs.

Dillon said the continued challenge is competition for money, given all the other schools in the state that also have failing systems. He said he thinks, this time, the district might prevail with the agency.

“We’ve made a really compelling argument,” he said. “I keep trying to make arguments to [the building authority] that it’s important not to shortchange another generation of kids.”