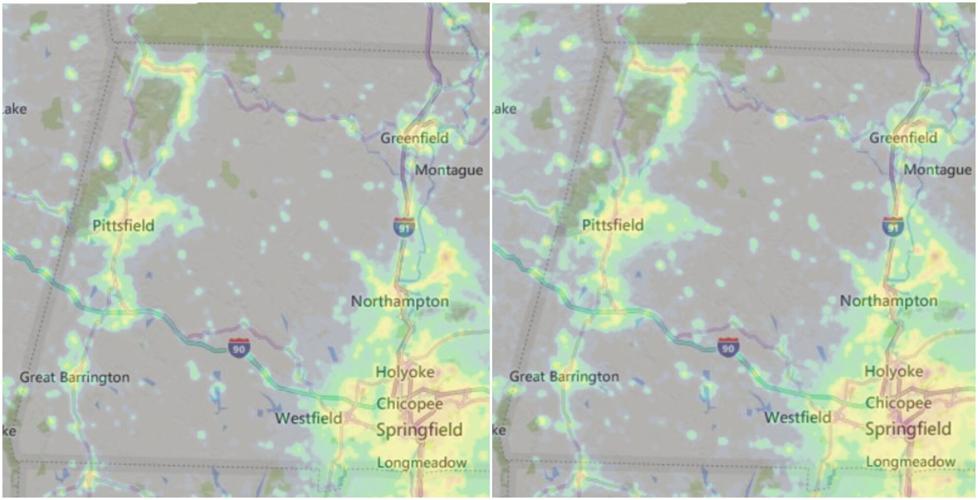 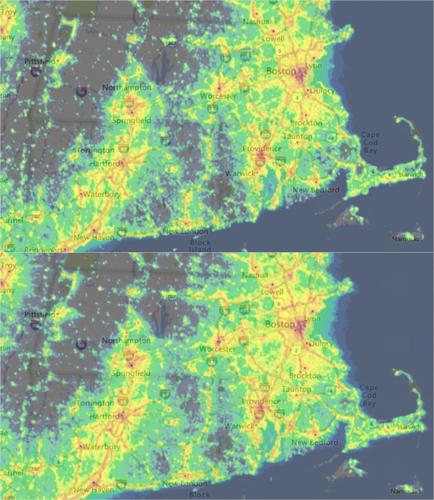 NEW MARLBOROUGH — As Mark Carson, of New Marlborough, sees it, now is the time to protect dark night skies over the town, while celestial wonders like the Milky Way still can be seen.

“Slowly, we’re starting to lose our stars because of the amount of lighting,” he said. “I can relax, look up and enjoy it. It just has its own pleasure.”

“It’s an issue that really resonates with a lot of people. We’re losing our dark skies gradually.”

Increasingly, illumination that has traveled more than 25,000 light-years from that galaxy to Earth cannot be seen by sky-watchers because of the amount of light cast by outdoor fixtures.

For several years, Carson has wanted his town’s Planning Board, on which he serves, to do its part to protect night skies from light pollution.

Enjoy stargazing in the Berkshires? Then you should be worried about light pollution, astronomers say

“Now is the time, I felt, to push this, as we get more and more developed in this town,” Carson said. “It’s easier to grow into these things than try to change them.”

“That’s the kind of approach we want to see,” he said of New Marlborough’s effort. “Doing something before it’s too late.”

On Wednesday night, the Sandisfield Planning Board took comments from the public, as it moves to raise public awareness of the issue and move to shape a possible bylaw.

Janet Jensen, of Monterey, a member of the state chapter of the International Dark-Sky Association, supports bylaws like the one under consideration in New Marlborough.

“It’s an issue that really resonates with a lot of people,” she said. “We’re losing our dark skies gradually.”

A proposed bill in the Legislature that seeks to combat light pollution was reported out favorably last week by the ​​Telecommunications, Utilities and Energy committee.

The draft of the New Marlborough bylaw says its purpose is to safeguard the town’s rural character and to “protect the natural beauty of a dark sky, in which stars, planets and constellations can be viewed unimpeded from the encroachment of glare, excessive lighting, and light pollution.” 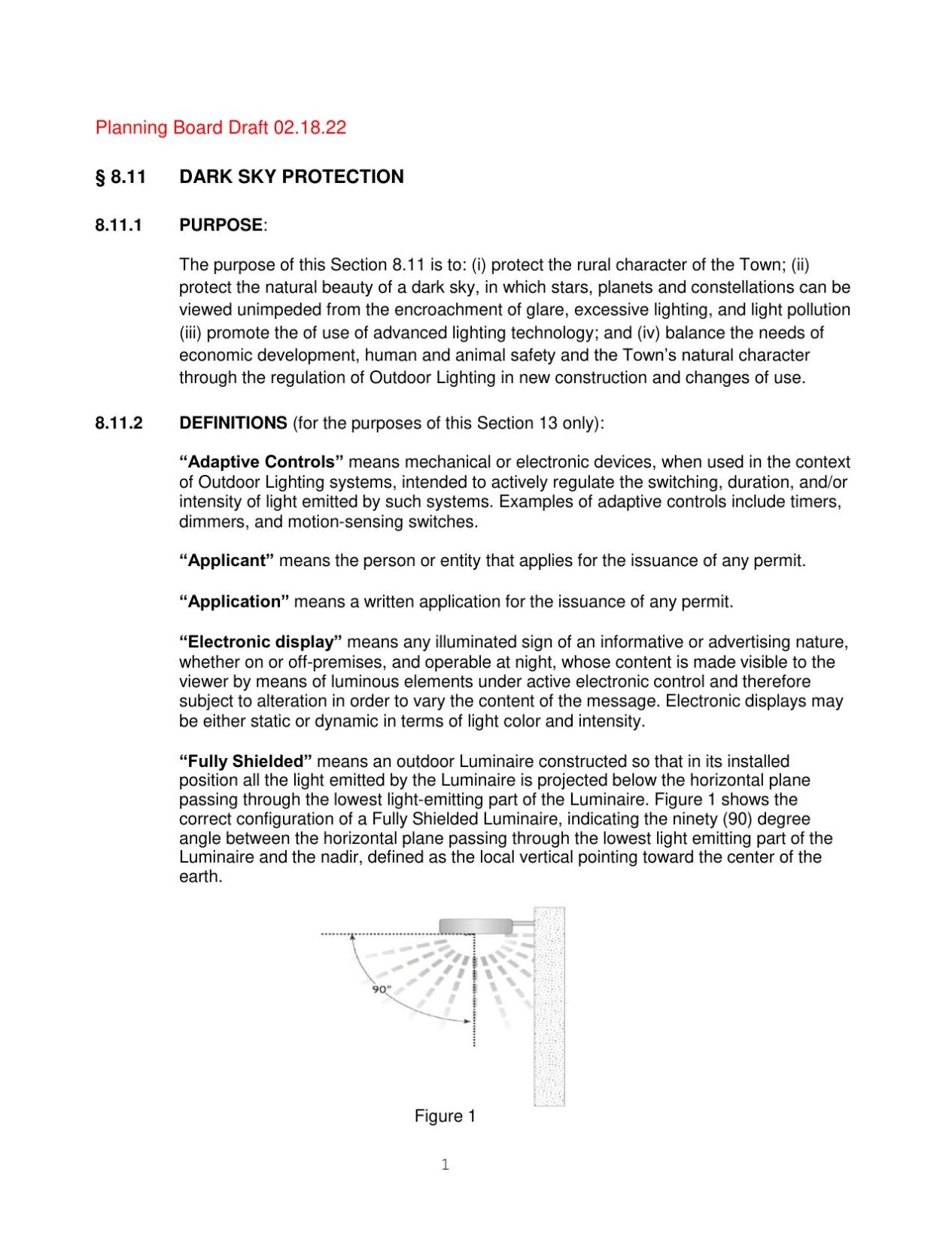 The draft says use of certain types of lighting fixtures can “balance the needs of economic development, human and animal safety and the Town’s natural character through the regulation of Outdoor Lighting in new construction and changes of use.”

The proposed rule calls for shielding on floodlights, requires that lighting be directed downward on signs and directs that the “color temperature” of lights be limited to a certain range of the visual spectrum.

It allows outdoor lighting for sports events, provided that it adheres to recommendations of the International Dark-Sky Association. It exempts lighting directed upward to illuminate displays of the U.S. flag, and it bars searchlights, lasers and “sky beams.” Commercial lighting would face a curfew of 11 p.m., or one hour after a business closes.

Residents would be given years to swap out nonconforming fixtures.

“We’re not trying to do this overnight,” Carson said.

He said the New Marlborough board has been working on the proposed rules for two years.

“We finally got it to be shaped up this year,” he said. Comments at Thursday’s hearing will be considered by the board as it continues to shape the proposal.

“This is the time to start thinking about this, now more than ever.”

Carson said that as more people adopt use of LED fixtures, that practice is bringing brighter light into the community, as well as savings on energy use. “This is the time to start thinking about this, now more than ever.”

Brothers, of the International Dark-Sky Association, said few people in Eastern Massachusetts are able to observe stars and planets, because of atmospheric light.

“We’re still going to lose the Milky Way for more residents in a few years,” he said.

Brothers said that in addition to obstructing stargazing, unrestrained “upcast” lighting around houses and businesses can impair natural processes.

“It’s not just about the stars. There’s a whole host of safety effects,” he said. “You name it, light pollution is disrupting it.”