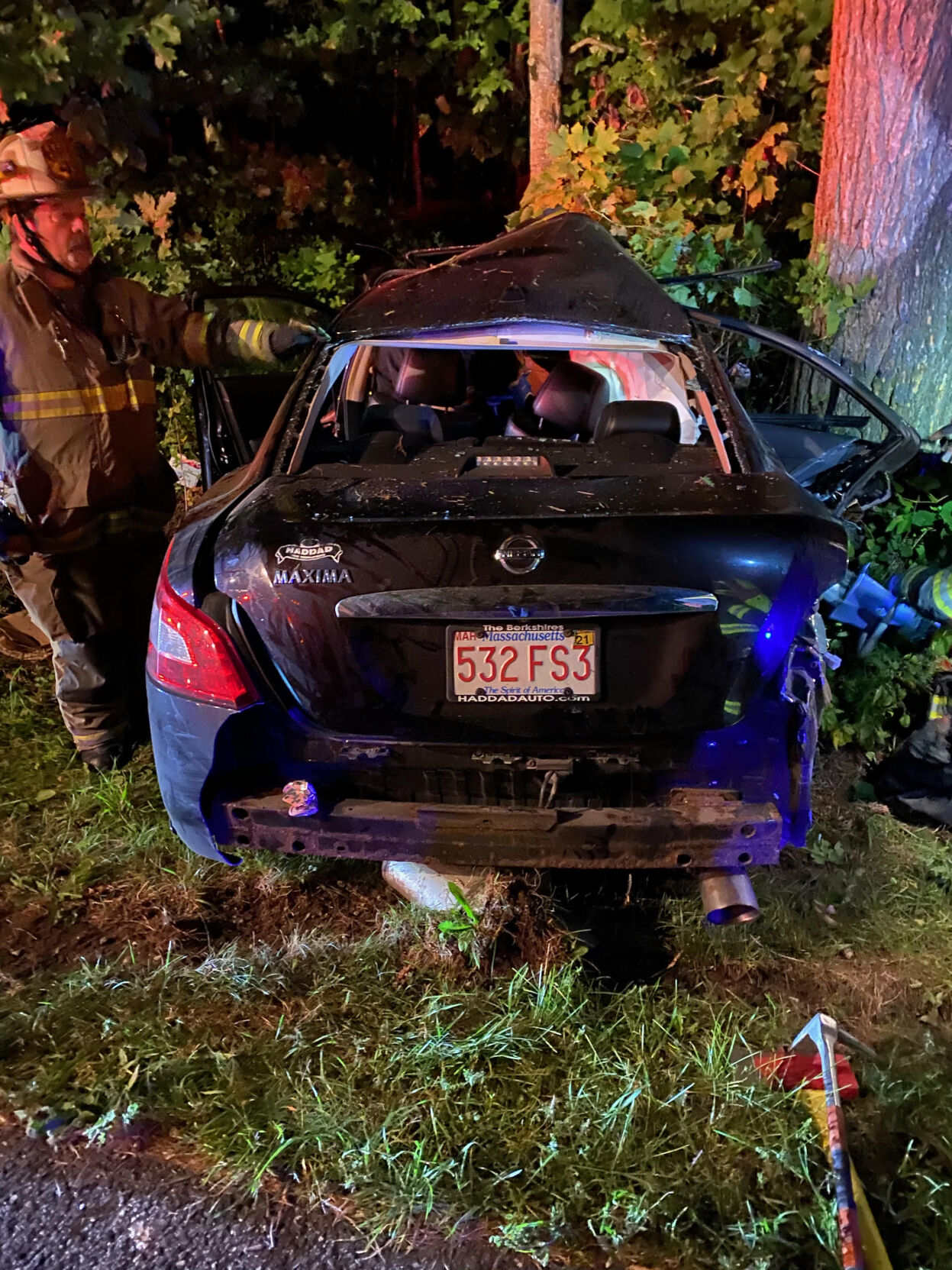 A wreck in Great Barrington on Sept. 21 left a man struggling to breathe. Town police will be celebrated today for helping to keep him alive until other responders arrived. 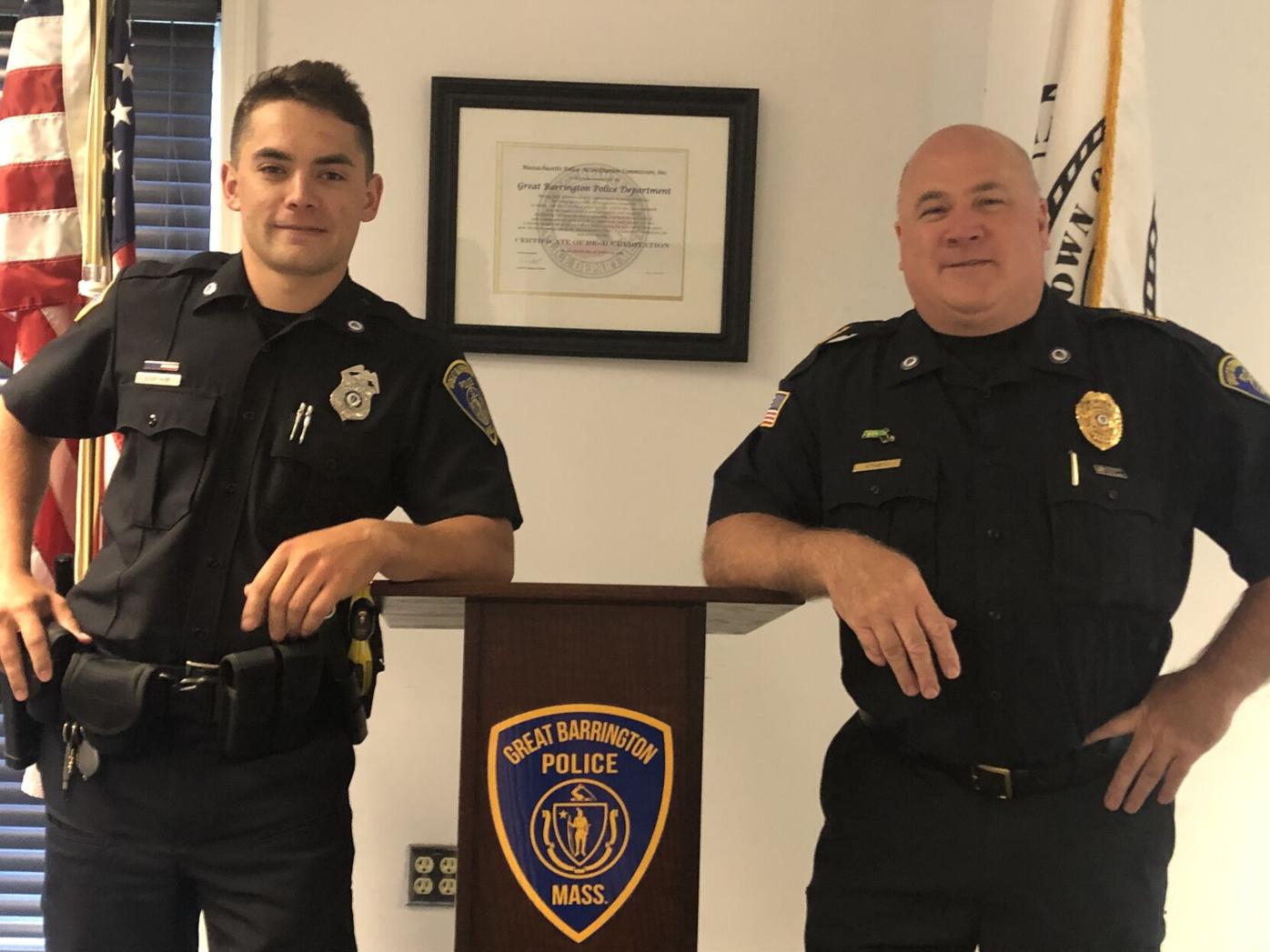 GREAT BARRINGTON — Police came upon an early morning crash on Hurlburt Road last year that had trapped a passenger who was struggling to breathe.

What police did next saved that young man's life, and resulted in honors to be celebrated Thursday in a ceremony in Springfield held by the American Red Cross of Central and Western Massachusetts.

The group's 19th Hometown Heroes celebration will honor Great Barrington Police Officer Bradley Lupiani, 24, and Chief Paul Storti, 54, for heroic acts that evening that kept a man alive in a mangled car until he could be extracted and whisked to a hospital by a helicopter whose pilot landed on a nearby cornfield.

The virtual celebration this year also is dedicating honors to those on the front lines of the pandemic.

On Sept. 21, a number of fortunate events came together to keep alive Raphael Gutierrez, 20, of Great Barrington, after the car he was riding in sideswiped a utility pole before slamming into a tree about 1 a.m.

GREAT BARRINGTON — When police officer Bradley Lupiani got to the crash, he found a young man trapped in the wreckage, badly injured and struggling to breathe.

The driver, Benjamin Badurski, then 19, also of Great Barrington, is facing multiple charges that include operating while under the influence. His next pretrial conference is June 28, in Southern Berkshire District Court.

Lupiani was patrolling the road by happenstance when he came upon Badurski crying and frantically waving him down; Badurski had lost his phone in the accident about 10 minutes earlier, and so he couldn't call police. Lupiani found Gutierrez badly injured, slumped forward and struggling to breathe. Lupiani tilted back his head to keep his airway open.

Then Storti heard the anxiety in Lupiani's voice on his radio and left his patrol on Main Street for the scene. He then began to try to free Gutierrez from the car, and he and Lupiani used a crowbar "and everything we could" to try to free him, but the damage to the car made it impossible, Storti said. Both continued to keep Gutierrez's airway open until firefighters arrived to cut away the car's roof, medics came to stabilize him and a Life Star helicopter landed about 100 yards away to fly Gutierrez to Baystate Medical Center.

Gutierrez could not be reached for comment, but last year his father praised the officers.

"I just want to express appreciation," he said. "There will never be enough."

And Storti said it was teamwork and quick responses by the other responders that made it happen. He said Gutierrez's family kept him informed about his condition, since all the responders were awaiting good news.

"That was exciting; that’s what we work for," Storti said. "We weren’t sure of his status when he left in the helicopter."

There is another aspect of small-town policing that also is sometimes harrowing and requires courage, Storti said:  knowing so many of your neighbors. "Those are tough calls; those are the calls I dread. But, on the other side of the coin, that’s the rewarding part."

Of the Red Cross honors, Storti said it really is for everyone who did their job so well that day to save someone. "It was a series of events that played out perfectly."

Lupiani was at a training this week and unavailable for an interview.