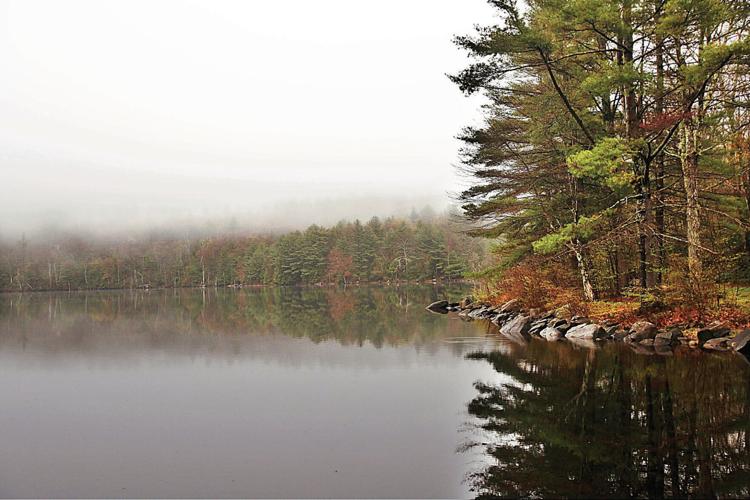 Spectacle Pond in Otis State Forest in Sandisfield. Residents have voted on a compromise cannabis bylaw that balances restrictions with the ability for the town to make tax revenue on the industry. 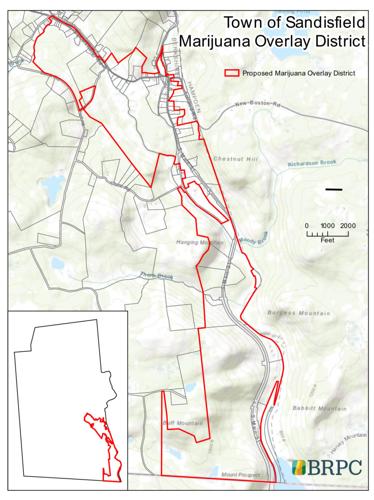 Sandisfield voters agreed on a compromise bylaw that would balance the need for tax revenue with the preservation of the wild landscape the town is famous for.

SANDISFIELD — With a nearly unanimous vote, residents have put behind them the days of division about the pot industry setting up shop in town.

“It probably took the first bylaw failing last year to get the different factions involved all realizing that they needed to come together and find a middle ground." Sandisfield resident Carl Nicholas Nett

On Saturday, all but three voters at the annual town meeting said yes to what some called a “grand compromise” bylaw that balances both the town’s ability to get revenue from the cannabis industry and residents’ worries that cultivators in particular will harm the wild landscape they see as this rural town’s main attraction.

The deal, which was hammered out by the most vocal residents, gave both sides plenty to be happy about.

Cannabis growers might also be pleased. Sandisfield is allowing a total of 500,000 square feet of total “canopy" for all cultivators combined. None can be larger than the top “tier” ceiling of 100,000 square feet, as set by the state.

Here’s how they did it: The bylaw requires indoor and outdoor grows to be on a minimum of 50 acres, and with road setbacks of at least 250 feet.

As long as it meets these and other parameters, there is no restriction on the number of cultivators. Only two recreational, nonmedical, retail pot shops are allowed in town, however.

Also under the bylaw, deliveries of recreational marijuana to homes are prohibited and odor regulations will be enforced for all varieties of businesses. A small citizens’ subcommittee will review all cannabis permit applications and advise the Select Board.

Select Board Chairman George Riley, who lost his seat in Tuesday’s election, tried unsuccessfully to loosen the restrictions. He proposed an amendment that would have set a minimum of 28 acres for a grow facility and 150-foot setbacks.

The rift over cannabis began with a cultivator’s foray into Sandisfield in 2019 after Housatonic residents protested the company’s proposed greenhouse complex there. Sandisfield residents found themselves fighting about potential odors and more, including ruined views, the need for tax revenue, and concerns over property values and traffic.

The company, Sama Productions LLC, has since received new town permissions to build in another area in town off a state highway.

The town’s Planning Board struggled to get bylaws on the books, and residents at last year’s town meeting were almost evenly divided in a vote that lacked the necessary support of two-thirds of attendees. Almost half of voters thought it was too restrictive, leaving cannabis rules in limbo.

This year, 98 of the town’s 648 registered voters showed up, and most were happy with the compromise.

“Had we not done that, it would have left the town in this terrible state of uncertainty,” resident Melissa Bye said.

At the meeting, Bye said that without a bylaw, “All decisions on commercial cannabis grows are left to the Select Board, which can change each year.” That drew a a round of applause.

“It probably took the first bylaw failing last year to get the different factions involved all realizing that they needed to come together and find a middle ground,” said Carl Nicholas Nett, who was instrumental in working with the Planning Board as well as resident Leslie Garwood, who last year wanted to see tighter restrictions.

“At the end of the day,” Nett added, “I don’t think either side feels like they gave up anything.”

Garwood said she was convinced a compromise was possible when she learned that the new rules combined with the town’s acreage would allow for large grow farms and homes to co-exist.

“My goal was to negotiate a bylaw that would allow residents to feel they would not end up with a pot farm in their backyard,” she said.

This story was modified to correct the total amount of grow canopy allowed in Sandisfield.

Our Opinion: In Sandisfield, a spirit of compromise that should be more common

From the local level to Washington, compromise in governance is a precious resource: valuable but rare. We were happy to see a small Berkshire…