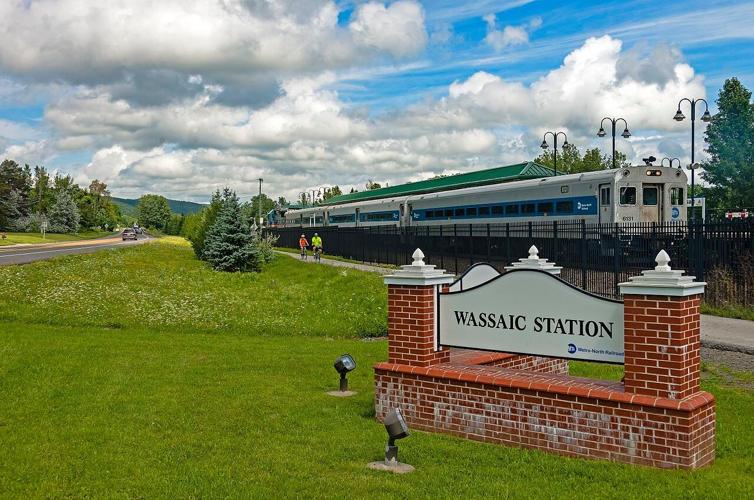 A proposed bus service between Great Barrington and Metro-North’s Wassaic Train Station in Amenia, N.Y., got a $150,000 earmark from the state Legislature. (Photo provided by WIKIMEDIA COMMONS) 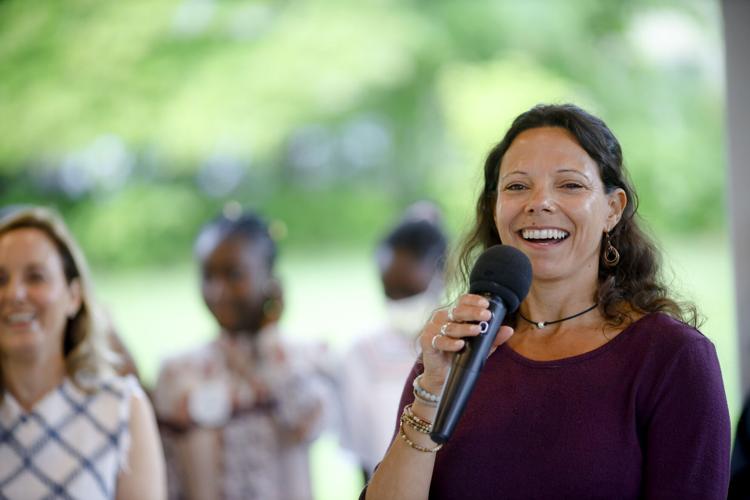 Great Barrington Select Board Vice Chair Leigh Davis speaks at an event earlier this year. She is working with others to create a shuttle bus between her community and Metro North's Wassaic Train Station.

GREAT BARRINGTON — The town of Great Barrington sits about 36 miles from an active train station serving New York City. With help from the state Legislature, travelers from southern Berkshire County may soon have a new way of closing that gap.

In one of its last acts of 2022, the Legislature allocated $150,000 to efforts to shape shuttle bus service linking Great Barrington with Metro North’s Wassaic Train Station in Amenia, N.Y.

No timetable has been set for the start of that service, which will be worked out by a local committee and may be preceded by a feasibility study.

Former state Sen. Adam Hinds filed the legislative earmark specifying money for the shuttle. He said the service to and from Great Barrington would be timed around Harlem Line train arrivals and departures in Amenia.

“So you would bring people to the departing train and be there to pick up people who are getting off the train as well,” he said. Hinds left elected office in late September to become CEO of the Edward M. Kennedy Institute. State Rep. Paul Mark, D-Peru, will take the Senate seat in January.

The allocation for the shuttle bus is part of a $3.8 billion development package signed by Gov. Charlie Baker last month. The money will be spent to improve infrastructure around the state. A total of $1.25 million (or 0.03 percent of all funding) involves the Berkshires, including $100,000 to address Housatonic water discoloration problems.

Use of the shuttle funding will be decided by a local group. The money might be used to conduct a feasibility study, or to start a pilot program.

Select Board member Leigh Davis, who asked Hinds to file for the earmark, said critiques of the Berkshire Flyer train, which links Pittsfield with New York City with highly limited runs, informed her recommendation. To make use of the Flyer, which is testing the viability of weekend service from New York City to and from Pittsfield, residents of Great Barrington must travel 20 miles to get to the local station.

“We’ll be catering to people here,” Davis said. It’s going to be a circular bus that will go both ways.”

One month in, Berkshire Flyer riders want more options for coming and going. And more time in the Berkshires

Davis, who used to co-chair the town’s Economic Development Committee, thinks that pandemic relocations to the Berkshires make bus service to and from Wassaic more feasible than ever.

“We have a lot of people that have moved here specifically from New York City, that still have connections either through work or through family — or through just wanting to keep their connection,” she said. “We have an opportunity to to really build on this.”

Davis said that shuttle service would also benefit students attending Bard College at Simon’s Rock, as well as Berkshire County residents who might not have a car. The Wassaic Train Station has a parking lot.

Davis is confident that demand exists. A Facebook group called Berkshire-Wassaic-NYC Station has 936 members. People use the group to find rides to and from the station and to share gas expenses.

She believes many of those people would be happy to use a newly developed shuttle service.

“I think that if we have something that’s reliable and affordable, and convenient, that will really appeal to so many people,” she said.

A Great Barrington-to-Wassaic shuttle will improve Berkshire travel connections, and it is doable and cost efficient. We can't wait to see those wheels turn.

Great Barrington Select Board asks Gov. Baker: Can we spend the money for the shuttle to the Wassaic Train Station on Housatonic's water problems instead?

An earmark was going to fund a shuttle that would transport people from Great Barrington and a train to Manhattan. Now the Select Board wants the money to go toward solving Housatonic's water problems.