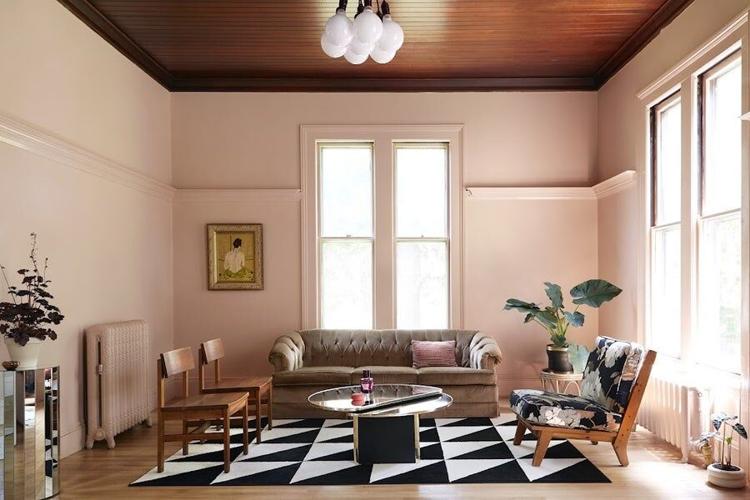 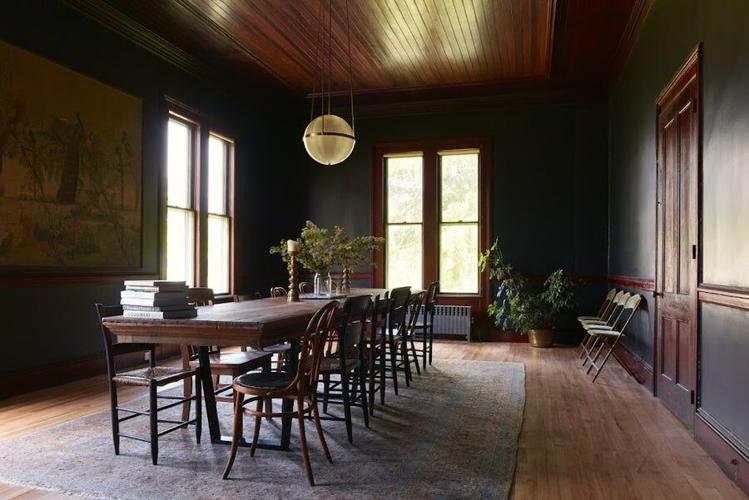 The dining room in "The Filomena." 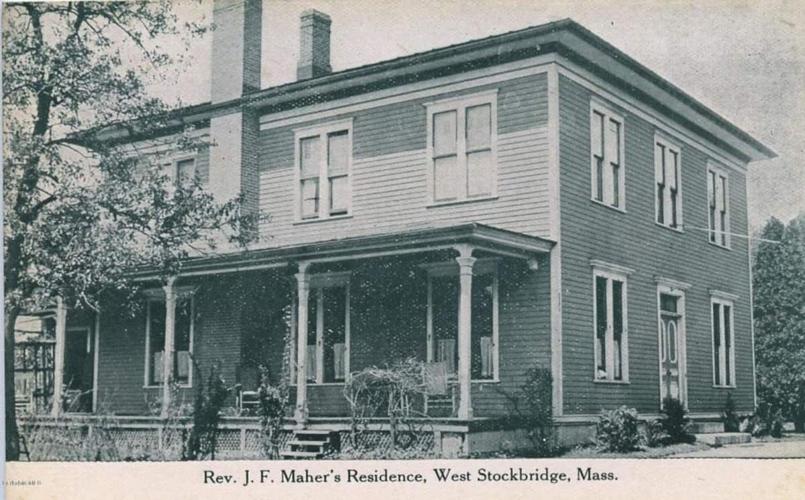 The house, built in 1850, was a Catholic Church rectory.

WEST STOCKBRIDGE — The “coolest” Airbnb in Massachusetts is not in Provincetown or on one of the islands.

“This might be the design-iest house in the Berkshires,” the article says. “If you don’t immediately fall in love with the millennial pink living room, you’ll be bowled over by the enormous chef’s kitchen, clawfoot bathtubs, and original slate fireplaces.”

Owners Michael Bolognino and Nick Spain named the Italianate-style house “The Filomena,” after Bolognino’s grandmother, the couple told Boston.com. The pair, who have an apartment in Brooklyn, N.Y., moved to the house full-time when the pandemic hit, and now rent it out during certain holidays, weekends, as well as in August, according to the article.

The 4,500-square foot home is a former Catholic Church Rectory and the residence of the Rev. J.F. Maher, according to a caption on a historical photo on the home's Instagram profile, which has 6,798 followers.

“The home dates to 1850 and still has many of the original details — wood ceilings, slate fireplaces and beautiful carpentry, to name a few,” says the description on the site. “These have been mixed with contemporary elements over a 2-year-long gut-renovation to accommodate a more modern way of living.”

The house sits on one acre, and can accommodate 12 people. A stay here costs $750 a night.

The house also has been featured in Architectural Digest.