Massachusetts has paid McKinsey more than $18.6 million since the start of 2020, including to advise the state in its response to COVID-19. Most recently, the state contracted McKinsey for a $1.6 million study regarding pandemic impacts on the “future of work.”

In a letter dated Monday, state Sens. Anne Gobi, D-Spencer, and Diana DiZoglio, D-Methuen, asked Baker to reconsider his administration’s “continued relationship with McKinsey” and “stop wasting taxpayer dollars on a company that has a proven record of violating the public trust.”

“People have the right to know their tax dollars are being spent appropriately and they also need to have reassurance that reports generated from those tax dollars can be relied upon,” Gobi said in a Tuesday news release. “Unfortunately, this fails in both arenas.” 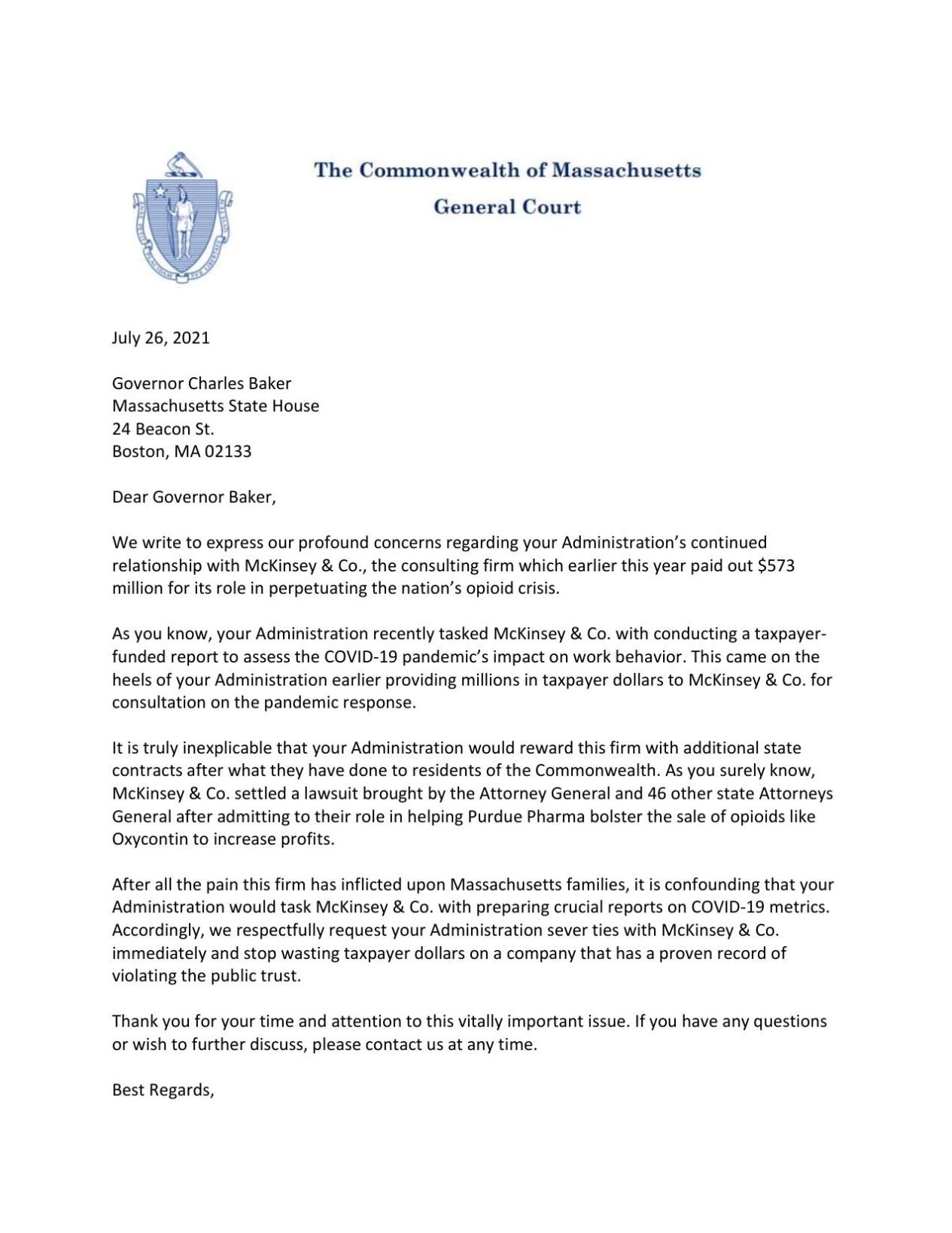 McKinsey in February paid $573 million to settle a lawsuit brought by Massachusetts Attorney General Maura Healey and more than 40 other attorneys general for its role in exacerbating the opioid crisis through its work with Purdue Pharma.

Healey had also criticized Baker when the state hired McKinsey in March. Rumored to be a possible Democratic candidate for governor, Healey tweeted that Massachusetts “should not be enriching a company that has profited from the devastation of our communities.”

My office found that McKinsey advised Purdue & other opioid companies how to "turbocharge" opioid sales to increase profits.After what they did to families here, why would we reward them w/ more state contracts? The Administration has paid them $17M since July. It’s outrageous. https://t.co/NcMIm7hE2d

Our settlement with McKinsey will bring $13 million to Massachusetts for treatment, prevention, and recovery services. This is money our communities need.The Administration should not be enriching a company that has profited from the devastation of our communities.