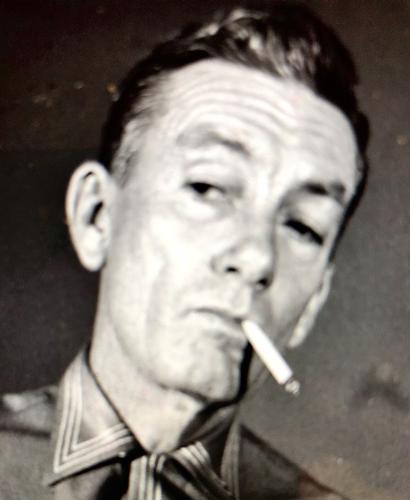 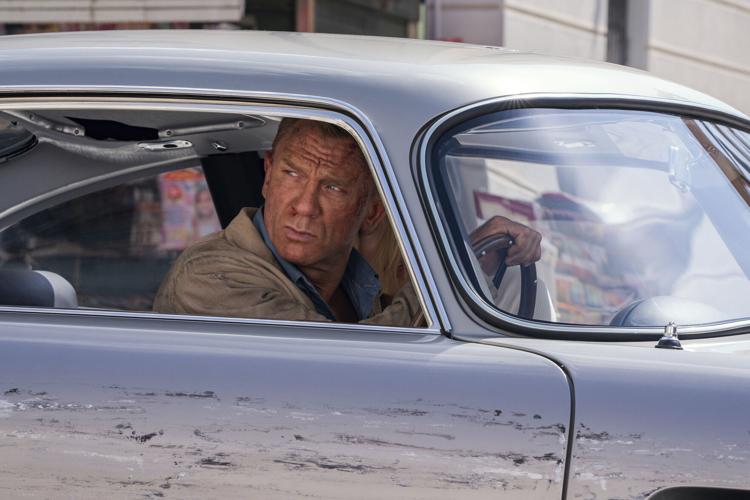 Daniel Craig in a scene from "No Time To Die."

Daniel Craig in a scene from "No Time To Die."

“Bond … James Bond.” Introduced into the lexicon with “Dr. No” in 1962, British filmgoers voted it the “best-loved one-liner in cinema.” This despite its origins in birdwatching author Ian Fleming’s admiration for the definitive field guide “Birds of the West Indies” by an American ornithologist of the same name. In The New Yorker the year of the film’s release, Fleming said it was “the dullest name I ever heard,” perfect cover for an intelligence agent to fade into gray.

Of course, rather than fade away, Fleming’s dozen novels and several short story collections, kept alive postmortem by another eight authors, spawned two dozen official films and two irregular ones, TV series — “I Spy,” “Get Smart,” “The Man from U.N.C.L.E.” — two Oscar-winning theme songs, clothes, cars, comics and on and on. Next week, Daniel Craig, the sixth official Bond, performs his fifth and final time as 007 when “No Time to Die” opens Oct. 8. Will it draw the masses back to the theatre, or will it fail to build on the $7 billion this longest-running series in film has raked in over nearly 60 years? Delta dread and a movie-verse of Marvel superheroes may make tough sledding for a vestige of cinematic Camelot in 2021.

My favorite toy was a 1:24 scale Corgi die-cast miniature of the silver-gray Aston Martin DB5 first seen in “Goldfinger,” with its ejector seat, bullet shield and pop-out guns. Its smoke screen was provided by my imagination. I would play wily Bond all afternoon, clicking the model’s bullet shield and ejecting the bad guy from the passenger seat. “The past isn’t dead,” says Daniel Craig in the trailer for the new film, so, keeping it in the family, he drives an Aston Martin V8 Saloon. Bond has also high-tailed it in a Bentley, a bevy of Beemers and even a chugga-chugga Citroen 2CV, of which I first survived the ride in the 1960s — its bench seat barely bolted down, the slide inside as rollicking as the bounce up the road in this tin can on wheels.

Fleming, who served in the British Naval Intelligence Division and the 30 Assault Unit in World War II, melded “secret agents and commando types” he had known, including his own brother, Peter. It was, in fact, Peter who recommended the first Bond book, “Casino Royale,” for publication, a year after his brother sat down to write the character for the first time on Feb. 17, 1952. Fleming was ensconced in his Goldeneye Estate in Jamaica, a resort you can still visit. He started the book as a distraction to take his mind off his upcoming wedding to his pregnant girlfriend — a rather Bond-like move. In the author’s mind’s eye, his hero resembled singer Hoagy Carmichael. Google him. When it came time to cast the first film, Fleming’s choice was David Niven, but the producers made a prescient call with Sean Connery. In a twist of filmic fate, Niven later did get to play Bond, only it was in an unauthorized spoof of “Casino Royale.”

Connery was the man. Subsequent Bonds included George Lazenby — the only solo film entrant — Roger Moore, Timothy Dalton (I dined off this while he was in the driver’s seat), Pierce Brosnan and the current Mr. Craig, whose rather rougher countenance and manner give me cognitive dissonance. To each his or her own Bond. To that end, there is internet speculation as to the race and gender of next-gen casting. Downton Abbey’s Michelle Dockery, when asked if she might play the next 007, teased “I’d never say no,” but the producers did. Whether a suave heartthrob such as Michael B. Jordan, whom I’ve had the pleasure to encounter in my work in all his Bond-cool persona, could step into some of Q Branch’s special shoes is anyone’s guess. He gets my vote; having starred in the “Creed” films, Jordan could easily slip into a jetpack, toting an exploding attache case. It would shake things up outside a martini.

Growing up on Bond, he was the image of everything I wanted to be. Looking across the landscape then and now, we can spot him in JFK, Hugh Hefner, Chadwick Boseman’s Black Panther, Mad Men’s Don Draper, X-Men’s James McAvoy, George Clooney in anything with George Clooney, “Kingsman’s” Colin Firth and even Barack Obama, whose handshake is firm but arctic and who can even carry a tune. Today, as with much that defined Western culture in the 20th century, it isn’t hard to discern misogyny and sexism in Fleming’s character and worldview. Guilty as charged. Yet perhaps we can spare space in our hearts for a sophisticated savage, a walking embodiment of Allied strength when America and Britain carried a mantle of freedom over evil.

Dalton Delan can be followed on Twitter @UnspinRoom. He has won Emmy, Peabody and duPont-Columbia awards for his work as a television producer.