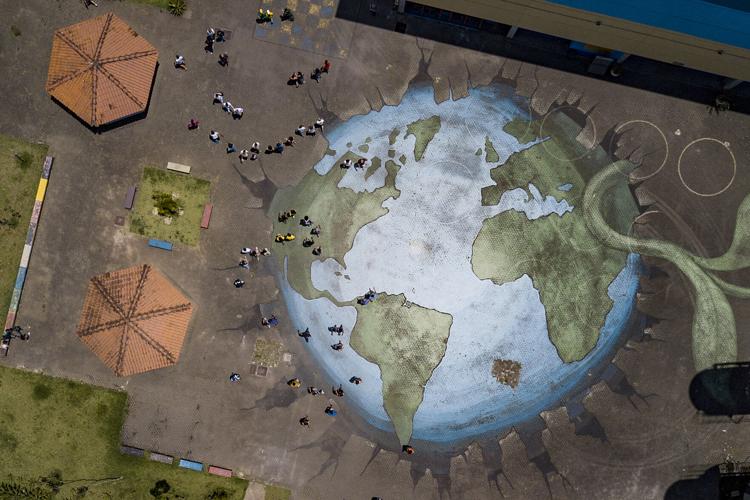 Voters arrive Sunday to a polling station at the Ceu Butanta school to vote in a presidential run-off election, in Sao Paulo, Brazil. 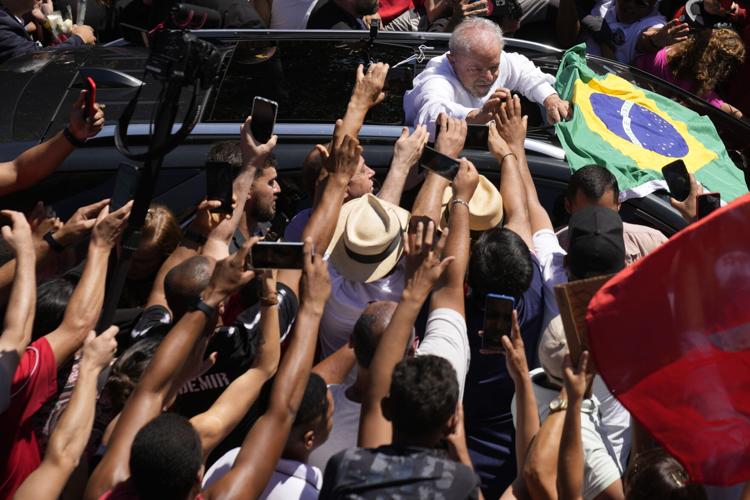 Lenox native James Brooke has traveled to about 100 countries reporting for The New York Times, Bloomberg and Voice of America.

After a razor-thin victory of less than two percentage points, Brazil’s veteran left-wing politician Luiz Inacio Lula da Silva will become president on Jan. 1 of a country deeply cut by a left-right divide.

But for Brazil, an increasingly mercantilist nation, foreign policy debates stop at the warm waters of the South Atlantic. With Jair Bolsonaro’s electoral defeat, the switch from the “Trump of the Tropics” to “the Brazilian Biden” will not move Brazil into the column of automatic Washington supporters.

Instead, Brazil, now a nation of 216 million people, sees itself as an autonomous power of the global South. Although many Americans are hazy about BRICS — Brazil, Russia, India, China and South Africa — Brazilians see their identity intertwined with this 16-year-old club.

“Our China trade is more important than our trade with the U.S. and Europe together,” Jose Pio Borges, board chair of the Brazilian Center for International Relations, a Rio de Janeiro-based think tank, told me this week in a telephone interview. “BRICS has become very important for Brazil. The most important position of Brazil will be in favor a multi-polar world.”

A farming powerhouse, Brazil helps to feed 1 billion people around the world. The last time Lula was president, from 2003 to 2010, he visited more than 80 countries, largely to promote foreign trade and investment.

“We are Western, we are democratic, we are friends of the U.S., but we have our business interests in Asia,” Mr. Borges said. “There is not going to be a major change, a commitment to democracies against autocracies. These new narratives create antagonism against Russia, to China.”

One “continuismo” will be Brazil’s neutrality in the Russia-Ukraine war.

The most recent Brazilian visit to Moscow was the most controversial. One week before Putin ordered the invasion of Ukraine, President Bolsonaro brushed off warnings from Washington that war was about to break out. He went ahead with a pre-planned visit, meeting with Putin for two hours. In a press conference in Moscow, he said Brazil was in “solidarity” with Russia.

On his return to Brazil, Bolsonaro told reporters in Rio that Brazil would “adopt a neutral stance on Ukraine.” Referring to Ukrainian president Volodymyr Zelenskyy, Bolsonaro lamented that Ukrainians “entrusted a comedian with the fate of a nation.”

Brazil then joined the three other BRICS nations in refusing to place trade sanctions on Russia, the club’s fifth member. During the first six months of the war, Brazil’s monthly trade with Russia ran at double last year’s level, according to calculations by The New York Times. Brazil’s imports of Russian goods are up by 166 percent year over year.

Part of this could be explained by Mr. Bolsonaro’s pique over the electoral defeat of Donald Trump, his political soulmate. In Trump’s last year in the White House, Bolsonaro even talked about Brazil joining NATO and allowing the U.S. military to open a base in Brazil.

During the first year after Biden’s inauguration, the leaders of the two largest nations of the Americas never talked. Last June, amid Biden administration fears that Bolsonaro could be reelected in a first round of voting, the two leaders held what Reuters called “an awkward, hastily arranged meeting” at the Summit of the Americas in Los Angeles.

But on Ukraine, little policy change is expected after Lula is inaugurated President.

In a lengthy interview with Ciara Nugent of Time, Lula in May blamed part of the war on the U.S. and European Union for not squelching Ukrainian ambitions to join NATO and the European Union.

“Putin shouldn’t have invaded Ukraine. But it’s not just Putin who is guilty,” Lula said. “The U.S. and the EU are also guilty. What was the reason for the Ukraine invasion? NATO? Then the U.S. and Europe should have said: ‘Ukraine won’t join NATO.’ That would have solved the problem.”

“People are stimulating hate against Putin. That won’t solve things!” added Lula, who also visited Ukraine as president in 2009. “We need to reach an agreement. But people are encouraging [the war]. You are encouraging this guy [Zelenskyy], and then he thinks he is the cherry on your cake. We should be having a serious conversation: ‘OK, you were a nice comedian. But let us not make war for you to show up on TV.’”

Addressing Americans, Lula said: “The U.S. has a lot of political clout. And Biden could have avoided [the war], not incited it. He could have talked more, participated more. Biden could have taken a plane to Moscow to talk to Putin. This is the kind of attitude you expect from a leader. To intervene so that things don’t go off the rails.”

Lula’s supporters have called his world vision as one of the “ultimate pragmatist.”

But in the past, the Brazilian’s worldview did not always go down well in Washington. In August 2010, as Lula’s second term was winding down, Jackson Diehl, then deputy editorial page editor of The Washington Post, reviewed Lula’s eight years in power and pronounced him “the best friend of tyrants in the democratic world.”

Lenox native James Brooke worked for 10 years as a correspondent in Brazil, including seven years as Brazil Bureau Chief for The New York Times. He reported from Russia for eight years and from Ukraine for six years, coming home a year ago.