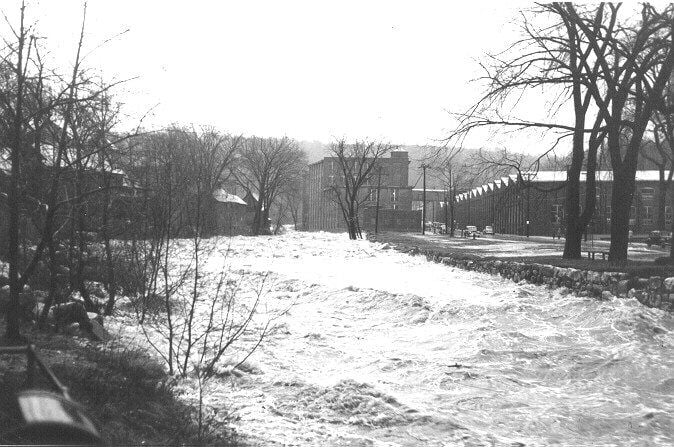 The Hoosic River flows next to the Eclipse Mill before the flood chutes were constructed. During this flood, waters had flowed into the first floor of the mill. 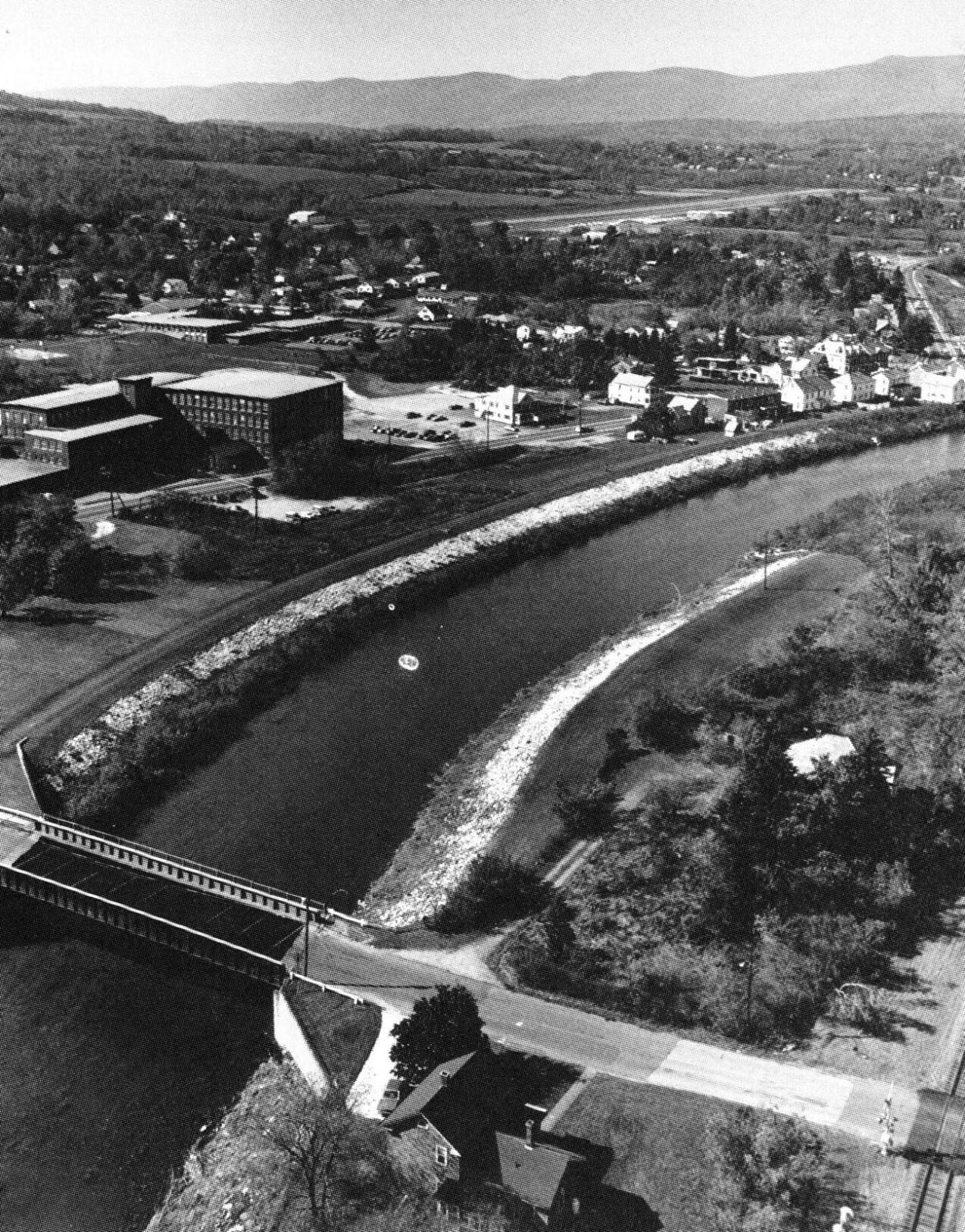 An aerial view of North Adams Local Protection Project. The flood chutes started in 1948 and were completed in 1961. 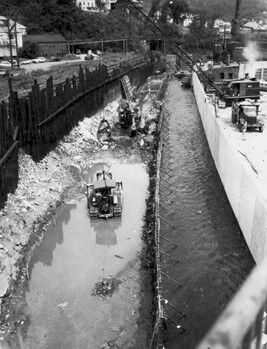 The completed chutes through North Adams included berms going south of the city.

The Hoosic River flows next to the Eclipse Mill before the flood chutes were constructed. During this flood, waters had flowed into the first floor of the mill.

An aerial view of North Adams Local Protection Project. The flood chutes started in 1948 and were completed in 1961.

The completed chutes through North Adams included berms going south of the city.

On May 20, the National Oceanic and Atmosphere Administration announced its prediction of another sizable hurricane season forming in the Atlantic Ocean. NOAA estimated a 60 percent chance of above-normal numbers, but not approaching the historic numbers of last year. The Atlantic hurricane season started June 1 and runs through Nov. 30.

The recent increases in activity are linked, in part, to higher sea surface temperatures in the region that Atlantic where hurricanes are formed. Numerous factors have been shown to influence these local sea surface temperatures, including natural variability, human-induced emissions of heat-trapping gases and particulate pollution.

On May 20, U.S. Secretary of Commerce Gina Raimondo admonished “now is the time for communities along the coastline as well as inland to get prepared for the dangers that hurricanes can bring.”

The power of water long has shaped the industrial history of the Berkshires. Through use of water power, the rural communities prospered and offered employment to immigrant settlers in the area. Long-closed cloth mills now have been converted into live-work spaces, start-up labs and housing. And all repurposed mills lie next to the Hoosic River branches. Periodically across the region, the rivers have become torrents, wiping out houses and industries on the edge.

Following repeated floods, the Army Corps of Engineers initiated a flood protection program, constructing flood chutes to protect an estimated 85 percent of the North Adams businesses and residents along the Hoosic River. These flood chutes were finished in 1961 with operational and maintenance costs borne by the city.

Over the past nine years, a lot has changed in the number and velocity of hurricanes across the Atlantic, as tropical storm Irene revealed.

In 2011, former Hurricane Irene plowed through North County, nearly breaching the flood control panels. The flood crest reached 13.75 feet above the determined flood stage of nine feet. The impact of Irene was after the storm had started to break apart, having directly hit the beachfront of New Jersey before moving inland.

The extremely active 2020 Atlantic hurricane season ended with a record-breaking 30 named storms ,12 making landfall in the continental United States. NOAA’s seasonal hurricane outlooks had accurately predicted a high likelihood of an above-normal season with a strong possibility of it being extremely active. In the 2020 total, the 30 named storms of which 13 became hurricanes (top winds of 74 mph or greater), included six major hurricanes (top winds of 111 mph or greater). This is the most storms in one year on record, surpassing 28 in 2005, now the second-highest number of hurricanes on record.

This data all seems abstract, remote and not urgent. The flood control walls were to prevent potentially major flooding across North Adams, as happened in the past. But the Army Corp of Engineers project completed in 1961, and no further improvements have been made.

On May 24, President Joe Biden met with members of FEMA to receive an update on the upcoming hurricane season predictions. Just before the meeting, his administration had announced $1 billion in aid to communities and states in pre-disaster mitigation resources to prepare for extreme weather occurrences. This amount is double the assistance provided in 2020, and seeks to change the focus of resources more toward preventative actions, rather than reactive recovery activities.

Added into this, Biden directed the government to take a systemic approach toward climate change, issuing an executive order on assessing how the financial impact of change can affect family financial security, developing concrete programs the government can take to assist in mitigating risks of climate change.

A major step forward is the federal government reinstating the Flood Risk Management Standard, which requires federal agencies to evaluate both current and future flood risk, where tax dollars are used to repair flood damage.

Given the current commitment by the Biden administration to fighting climate change while rebuilding the nation’s infrastructure, now would the time for pushing our congressional delegation for funds to evaluate the integrity of the 50-plus-year-old flood chutes, and request federal funds to upgrade the system.

Of immediate possible action is applying for and securing Army Corps of Engineers’ clearing and snagging (Section 208) funds for possible action to clear silt build-up at key dams along the chutes.

As Irene revealed, the northern Berkshires is vulnerable to flooding due to increased strength and number of hurricanes. The flood control system already has shown its vulnerability, most recently in 2017 when one panel fell into the Hoosic River chute while another panel is precariously budging.

As California’s first state engineer, William Hammond Hall said in 1880: “There are two types of levees, those that have been overtopped by floodwaters, and those that were going to be …”

Michael Bedford, of North Adams, lives in the redeveloped Eclipse Mill, which overlooks the Hoosic River.