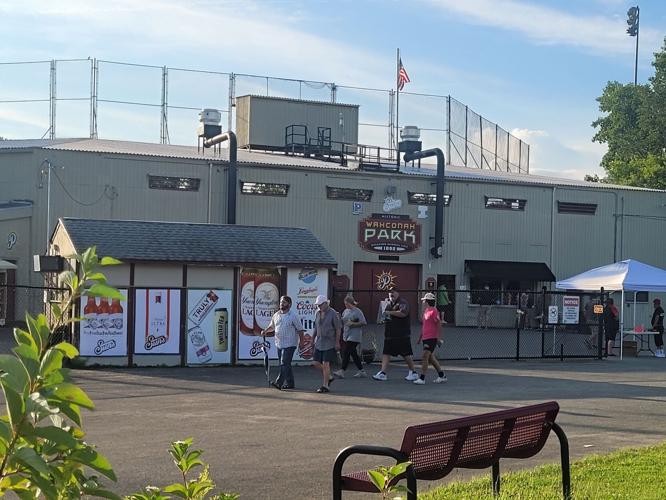 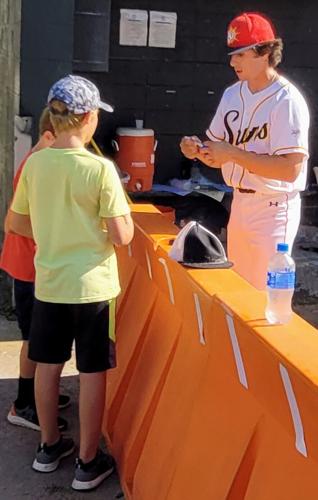 I cross the threshold for memory’s reward. Despite rain-sloshed shirt and sneakers, the worn field’s sight brings smiles. As was true when at 12 on summer’s muggy Sundays I saw the Pittsfield Berkshire Red Sox play, Wahconah Park hosts baseball.

At 69, I own more past than future, but here timeless scenes stir souls: pitchers’ arms uncoil, hitters survey infield’s open zones. A college freshman come September scrawls his name along milky leather on a regulation baseball.

Mark Belanger — Elmira Pioneer shortstop, future Baltimore Oriole hall-of-famer, a Lanesborough local hero — sold my mother the gift of my first uniform in his role at England Brothers on Pittsfield’s North Street. At the park, he signed my first glove’s tawny leather, cherished till diving in dirt as an intramural softball shortstop erased his sainted name.

Wahconah Park shows age. Pastel paints would burnish walls. Reinforcement would preserve the horseshoe grandstand structure. Local bands’ live music and local schools’ cheerleaders, not cliched “everybody clap your hands” commands, would draw crowds. The Labrador retriever that accompanied its owner’s trumpet anthem to a nearby drummer’s cowbell clangs at this season’s “Bark in the Park” promotion charmed my beloved and me.

A lightning lad’s dash from third to first base bleachers earns his foul ball prize. In the 1960s, business manager Pat McKernan took fouls for Sox stars’ broken bats, which were for us the more prestigious relics. Billy Conigliaro and Tony Torchia models were mine. McKernan once set storm-drenched infield fires as if a Viking rite to salvage a sold-out doubleheader.

An Eagle headline calls the ballpark’s present status “shocking,” but Pittsfield’s civic sector was aware. Outside investors sought to replace it. Yankees ace Jim Bouton tried to save it from its potholed parking lot, weakened stands and crabgrass field of dreams. As Pittsfield rebounds from when the Berkshire Mall once sucked the marrow out of North Street, a Restoration Committee commits itself to the stadium’s salvation. Will parties follow through for the landmark site where Williams and Amherst in 1859 battled in the first collegiate game? Wahconah’s cozy confines offer historical content with a communal intimacy rare in today’s gleaming but pricey and remote baseball temples. (I laughed aloud at Wahconah’s dollar-off senior discount, sheepishly accepting.)

When Suns first baseman Derek Paris signs balls at the Futures League finale, I am forward-thinking, not nostalgic. Will the pictured boy receiving the signed ball track Derek’s in-game exploits? Will the ball become a lifelong keepsake? Might both return when he is as old as I am? Wahconah, my refuge from an abusive childhood household, showcased athleticism and diversity, team play and kindness, approachable role models. I tracked their careers until with a 1973 Busch Stadium field press pass at batting practice I again met St. Louis Cardinal Reggie Smith and Chicago Cub Carmen Fanzone (“a fine pen,” he’d enthused in 1967 about my then new-fangled Flair).

Wahconah Park is still “Where Stars of Tomorrow Play Today.” May those who can renew the thriving life of grandstand, bleachers and concourse. Shine the diamond!

A robust youth’s emergence from a taxi’s screeching stop prompted this long-ago exchange: “Are you a pitcher? We face six doubleheaders due to rainouts,” Sox owner Joe Buzas inquired.

“Well, that will help, and welcome.”

What Wahconah dreams can you inspire?

Michael McQuillan, of Lenox and Brooklyn, N.Y., is a baseball fan and a former U.S. Senate aide and Peace Corps Volunteer retired from a teaching career. His poems and essays appear in The Write Launch, The History News Network, Harlem World, The Insider and other publications, including his blog Unity Forum.