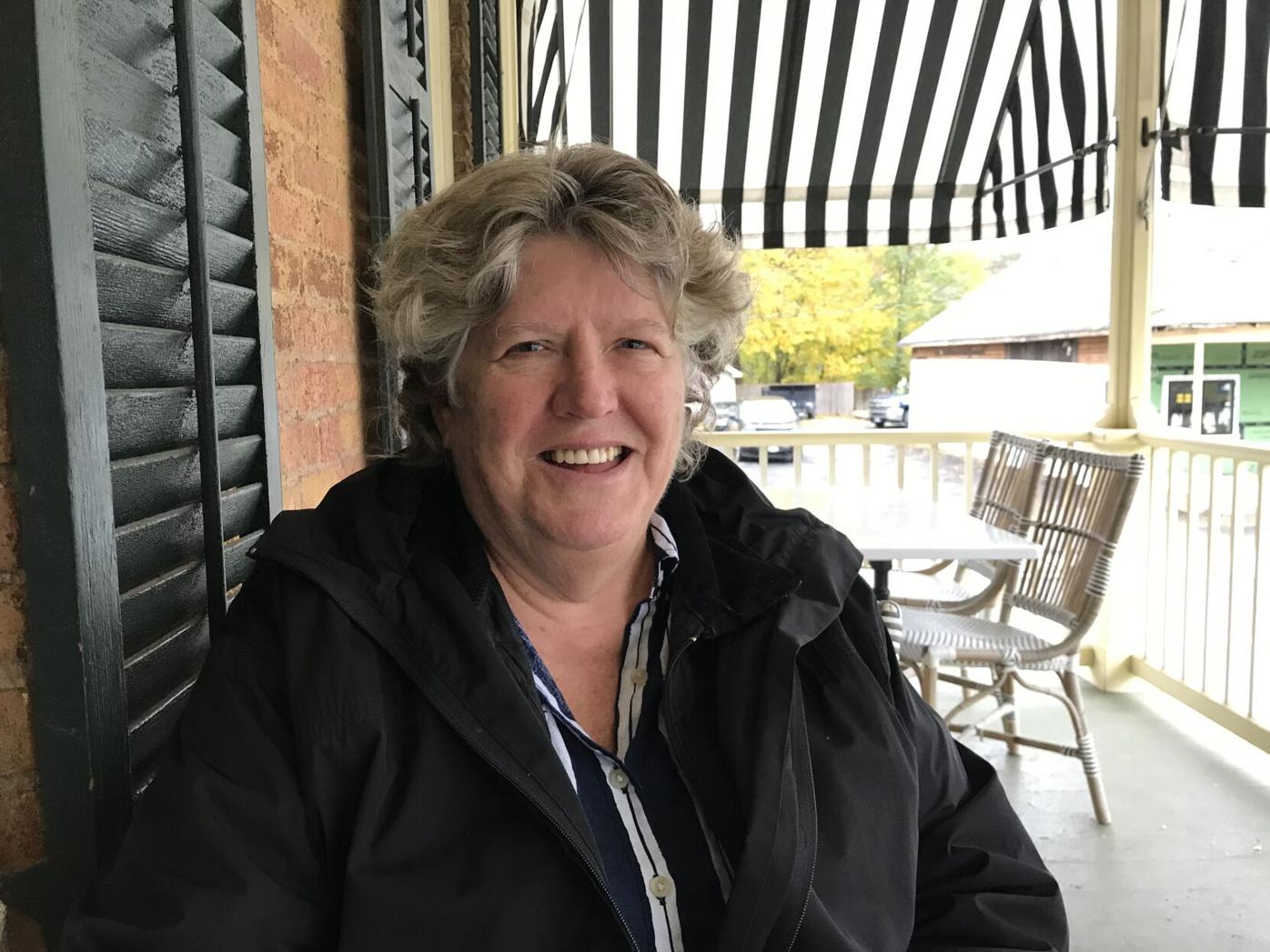 Documentary filmmaker Greta Schiller at the Bartlett House in Ghent, N.Y. Her film about climate change and ecological restoration, "The Land of Azaba," was screened recently at FilmColumbia, Chatham, N.Y.’s annual film festival. 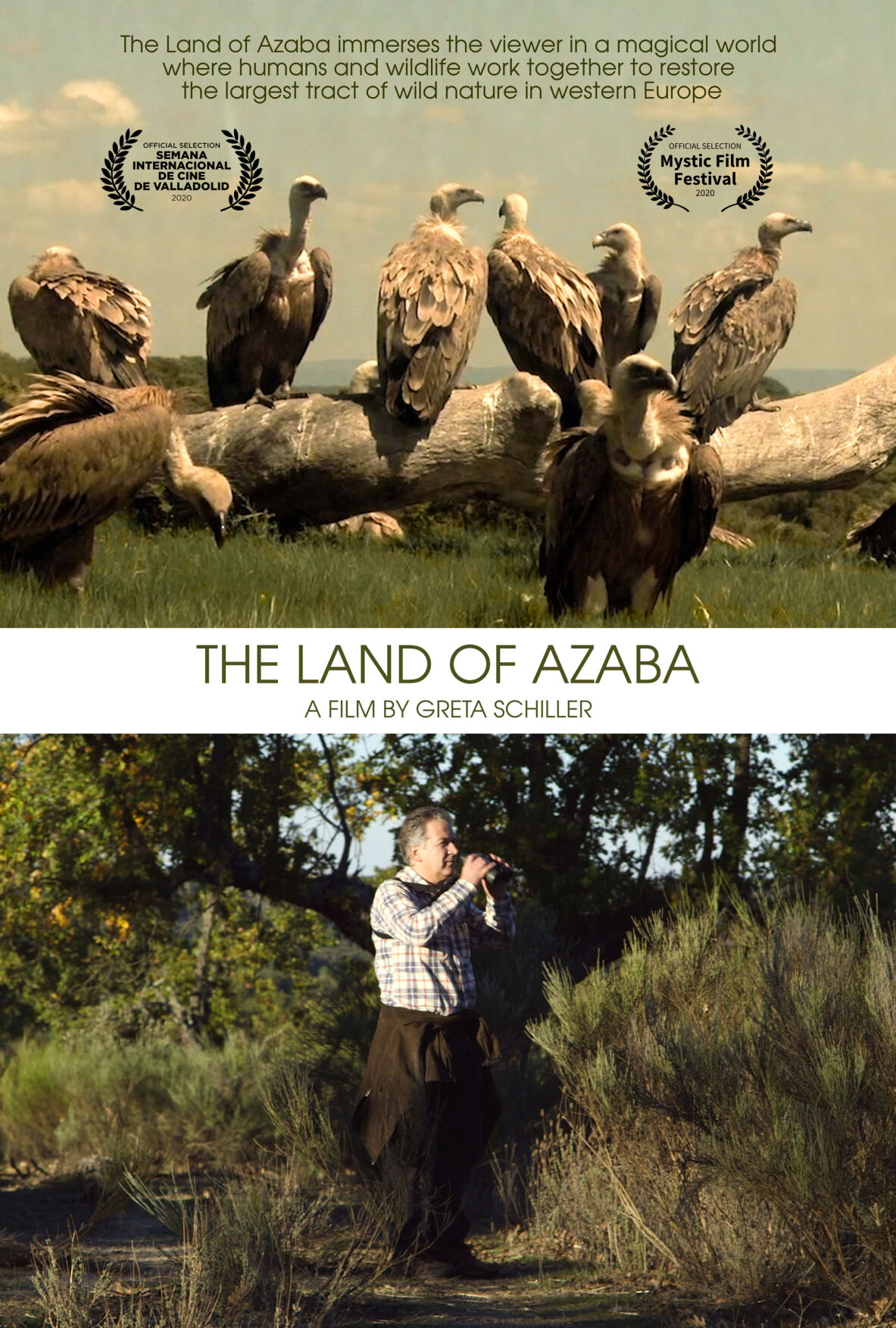 A poster for the documentary film "The Land of Azaba" by Greta Schiller, who has a home in Austerlitz, N.Y.

When Greta Schiller suggested we meet at the Bartlett House, a popular bakery and local brunch destination, to discuss “The Land of Azaba,” her latest documentary, about Europe’s largest ecological restoration project in western Spain, I was, frankly, concerned.

Saturdays at noon is the cafe’s peak period, and I’d foolishly offered that if we failed to get a table, we could take our food back to my place.

During the Q&A portion after the movie, Greta let it be known that her pet peeves include people who maintain expansive lawns, often with the help of pesticides. I don’t use pesticides, but I do have a lot of lawn, something my environmentally conscious daughter Lucy — she’s currently pursuing a master’s degree in environmental conservation, the subject of Greta’s movie — frequently criticizes me for. Her emphatic suggestion is that I let the land revert to nature.

In my defense, which falls increasingly on deaf ears, we also have lots of woods that encroach on the house, so the lawn acts as a buffer zone, offering a little breathing room. I lose no sleep over our lawn, even though I do over many others things, serene in the knowledge that our forest is doing its modest part to cleanse the carbon cycle.

If the Amazon rainforest is said to be the lungs of the planet, I like to think that our little place provides a gasp or two of quality air.

I didn’t expect Greta to buy my argument any more than Lucy does. Fortunately, we found a table at the Bartlett House, outdoors no less and supplied with lap blankets, and enjoyed our brunch — I had a hearty egg, bacon and cheese sandwich on a homemade English muffin; Greta a satisfying frittata — without the filmmaker having to encounter the potential conflict zone of my front lawn. However, I doubt our grass would have been a deal breaker.

“The Land of Azaba,” like its creator, and filmed over several years as financing and a couple of Fulbright grants allowed, seems blessed with an abundance of benevolence. The movie’s subject is an ancient agricultural area in western Spain that, after years of overgrazing and pesticide use, has become a model for restoring natural habitats with the buy-in of both the environmental community and local farmers.

The drama, such as it is, comes from the passion of conservationists to heal this particular patch of the planet.

“There isn’t really a beginning and an end,” Greta acknowledged about the movie’s plot. “It’s the cycles of nature.”

The greatest challenge she faced came in the editing room; stitching together footage that occurred across several years into something seamless.

“They came to trust us,” the filmmaker said of the initially skeptical managers of the reserve. “They left us in the reserve for the weekend by ourselves.”

This isn’t Greta’s first documentary related to science and society. But, she may be best known for tackling charged social issues in films such as 1984’s “Before Stonewall,” about the LGBT community in the years and decades before the Stonewall riots, and “The Man Who Drove With Mandela.”

The man was Cecil Williams, a once-acclaimed but little-remembered gay, white theater director who, in 1962, masqueraded as the elegantly attired passenger in the rear seat of a gleaming Austin Westminster while Nelson Mandela, disguised as Williams’ chauffeur, drove around South Africa organizing against the apartheid regime.

Both were arrested. However, South Africa would eventually become the first country in the world to write LGBT rights into its post-apartheid constitution. 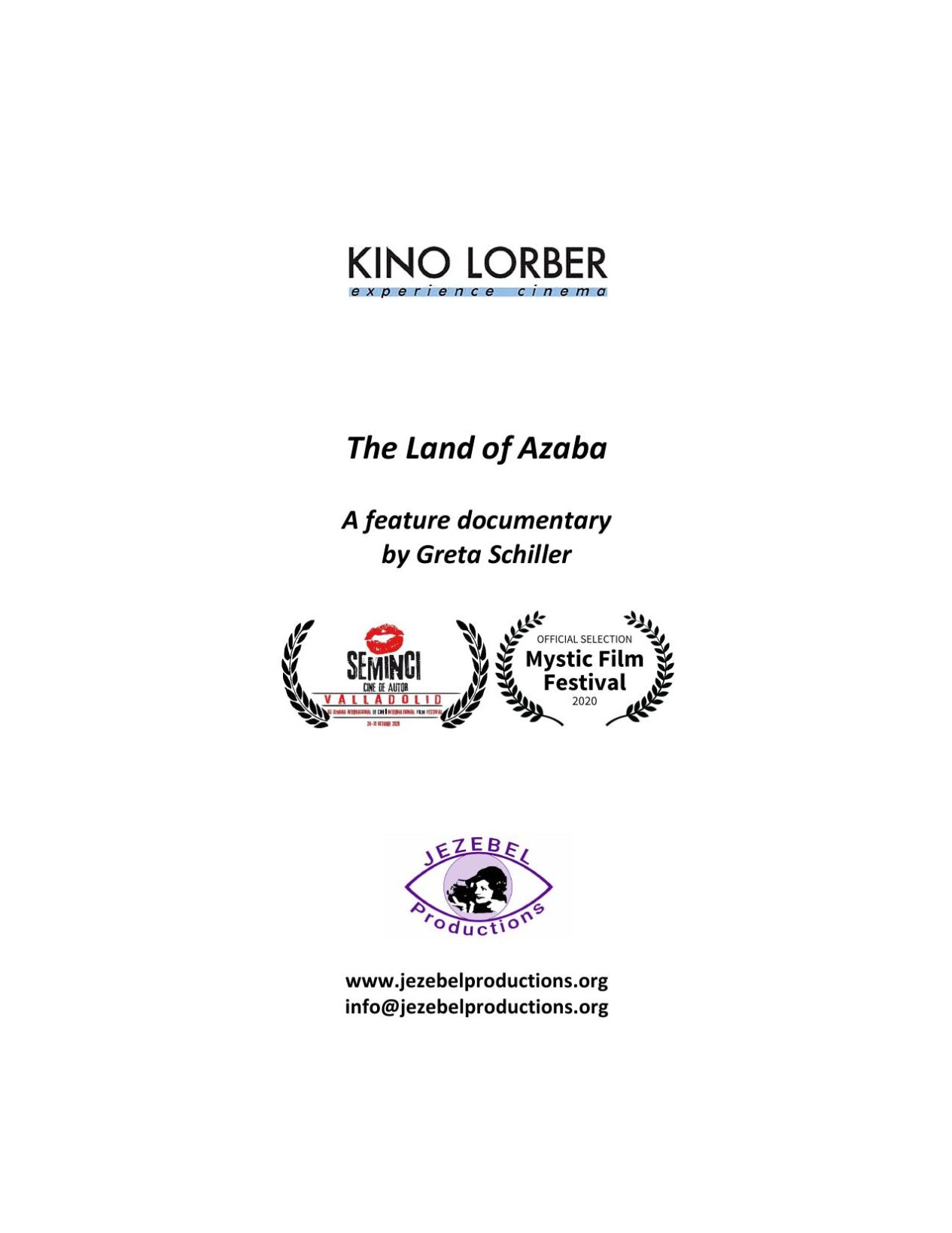 But, climate change is the social issue that overshadows all others, and Greta’s personality, to the extent that one can dissect it over brunch, seems to maintain a fine balance between social activism, prodigious curiosity and a light touch.

“The Land of Azaba,” said to be the first feature documentary on ecological restoration, follows conservationists and landowners working in a sometimes uneasy alliance to restore habitats for everything from rabbits, to vultures, to the Black Iberian pigs that are the source of caviarlike Jamon Iberico.

The documentary ran the risk of being as riveting as watching paint dry; a 21st-century version of the “Modern Farmer” TV shows I watched during the 1950s before Saturday morning cartoons came on the air. But, it avoids descending into preachiness with beautiful photography, the immersive, leisurely way it unfolds — Greta shrewdly resisted the temptation to have a David Attenborough-like voice of God narrator — the local characters we meet along the way, and her willingness to ignore some of nature films’ more pious strictures.

For example, one of the film’s nonjudgmental scenes takes place in a facility where the Jamon is cured and the manager attests to its tenderness by unapologetically inserting a finger into its butterlike flesh, flavored by the acorns the free-range pigs feast on.

The message seems to be that hedonism and responsible environmental stewardship need not be mutually exclusive and may even be self-reinforcing.

“The best place to get Jamon Iberico in New York is Jose Andres’ Spanish Market in Hudson Yards,” Greta told me. “It comes from a finca, a farm, right next to the reserve.”

Another scene trails Jon, the crew chief, as he loads a dead horse onto a trailer and drives it to an organic trash heap where endangered vultures, which once died from pesticide poisoning, now flock to feast on the carcass while visitors watch the spectacle from bird-watching hides.

Greta divides her time between New York City and a home in Austerlitz, N.Y., that she and her wife and creative partner, Andrea Weiss, bought a couple of years ago and declared a safe space for dandelions. Greta also has her eye on the nearby Harlem Valley Rail Trial, which she’d like to help rid of invasive species.

Filming “The Land of Azaba,” she says, has lessons for other parts of the planet, ours included.

“The film is specific to that landscape,” Greta explained. “But, the idea is that you can restore large landscapes to biodiverse habitats. It also helps with climate change.”