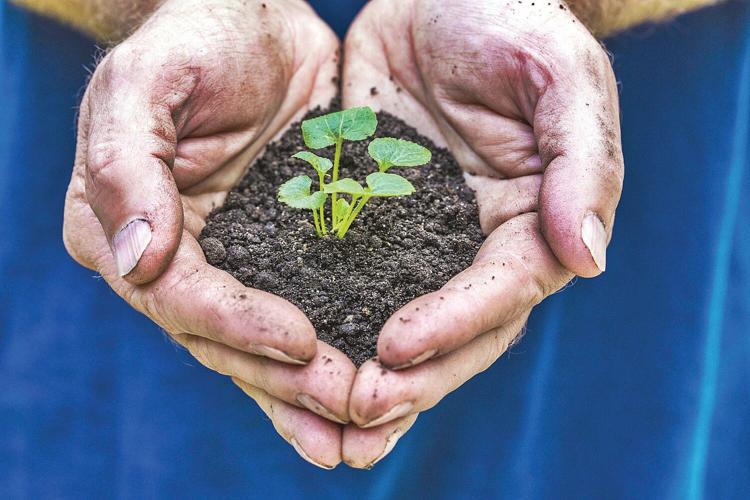 Some folks see Memorial Day as the time to transplant tomato seedlings and other tender vegetables to their gardens. Eagle columnist Ron Kujawski delays setting out tender transplants until the first week of June after losing them to a Memorial Day frost one year. 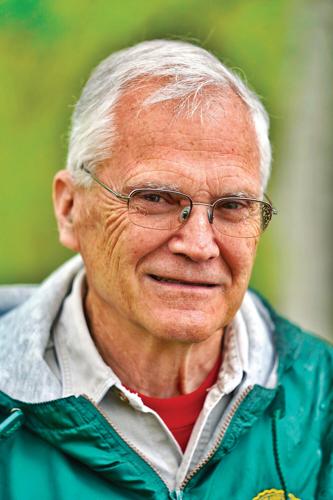 Some folks see Memorial Day as the time to transplant tomato seedlings and other tender vegetables to their gardens. Eagle columnist Ron Kujawski delays setting out tender transplants until the first week of June after losing them to a Memorial Day frost one year.

When I was a young lad, just knee-high to a grasshopper, Memorial Day was known as Decoration Day and always occurred on May 30, as opposed to the last Monday of May, the current designated day. The origin of Decoration Day goes back to the post-Civil War era and was so-named because on that day people would decorate graves with flowers to honor those killed in the war. That tradition continues to this day, but we pay respect to all the military men and women who have died in military service to our country.

While the ritual of decorating graves with flowers continues, Memorial Day is also marked by some informal customs. Many view this day as the unofficial beginning of the summer season. As such, they will put up flower-laden hanging baskets and plant annual flowers in patio pots and window boxes. Some folks will also see the day as the time to transplant tomato seedlings and other tender vegetables to their gardens. This may not be a bad idea this year since the weather trend, as I write, is one of warm days and frost-free nights.

However, I am reminded of a comment by the late, great football coach, Vince Lombardi, "Mistakes are lessons by which you learn. When you learn the lesson, forget the mistake." The mistake I made occurred nine years ago. Not paying attention to the weather forecast, I set out my tomato seedlings on Memorial Day. The following morning, a killing frost ended the brief life of my seedlings. The lesson I took from that mistake has since led me to delay setting out tender transplants until the first week of June. Though I adhere to the first part of Coach Lombardi's maxim, I have not been able to forget the mistake.

Hopefully, there'll be no mistakes in managing these gardening tasks:

- Use a light-weight potting mix in hanging baskets, as opposed to heavy potting soil. So-called peat-lite mixes, consisting of peat moss and perlite or vermiculite, are good choices. A week or two after setting out hanging baskets, begin to feed the plants growing in hanging baskets — and other containers — every 10 to 14 days with a water-soluble fertilizer. Since plants growing in containers require frequent watering, many nutrients are flushed from the soil. Therefore, regular application of fertilizer is necessary to sustain good healthy growth. In lieu of water-soluble fertilizer, a slow-release fertilizer could be incorporated into the potting mix prior to potting up the plants.

- Place straw, wood chips or chopped leaves in the bottom half of deep patio pots and then finish filling with potting soil. The soil layer doesn't have to be any more than eight inches deep to accommodate the root systems of any plants to be grown in the pots. Doing this can save you a lot of money when buying potting soil.

Sign up for the Outdoors in the Berkshires newsletter

- Withhold placing straw, grass clippings or other organic mulches over the ground around vegetable crops until soils have warmed to about 60 F. If you don't have a soil thermometer, a good estimate is that by the second week of June, soil temperatures will be near or over that mark.

- Save space by sowing seeds of winter squash and pumpkins between rows of sweet corn. Supposedly, the prickly foliage of these vine crops will deter raccoons from raiding the corn patch. I guess my squash vines weren't prickly enough as the masked bandits had a banquet in my corn planting last year.

- Plant a clematis vine next to a tall rose bush or a shrub with an open — as opposed to dense — branching pattern, such as a mock orange. The shrub will act as a natural trellis for the clematis vine. Another option for growing clematis is to use it as a ground cover.

- To encourage bushy growth, cut back the leggy shoots of rosemary plants that were grown indoors. The plants can be moved outdoors to a sunny and airy location for the summer. Rosemary is a very useful herb for many recipes, not to mention that it makes a very attractive shrub. Too bad it is not hardy in this area.

- Get after weeds in vegetable and flower gardens early, that is, before they set seed. So-called winter annual weeds are now in bloom and will be dropping their seeds soon afterward. Winter annual weeds are ones that started their one-year life cycle late last summer and fall. They survive the winter as young plants, flower the following spring and then drop their seeds to start the next generation to annoy the heck out of gardeners. Annual bluegrass, shepherd's purse, common chickweed, henbit, and speedwell are examples of winter annual weeds.