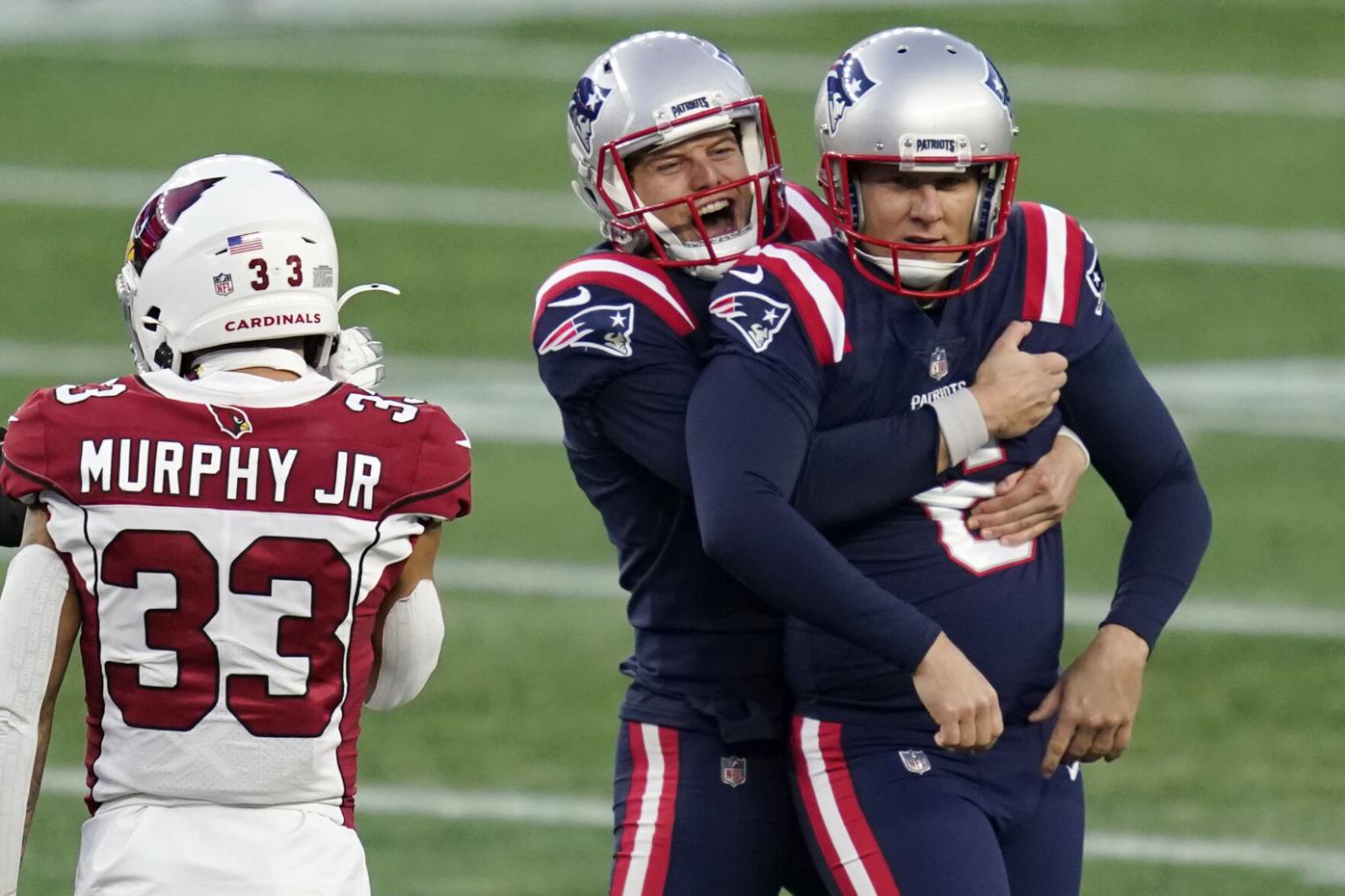 New England Patriots kicker Nick Folk is hugged by holder Jake Bailey after his game-winning field goal on Sunday that sent the Patriots to a 20-17 win over the Arizona Cardinals. 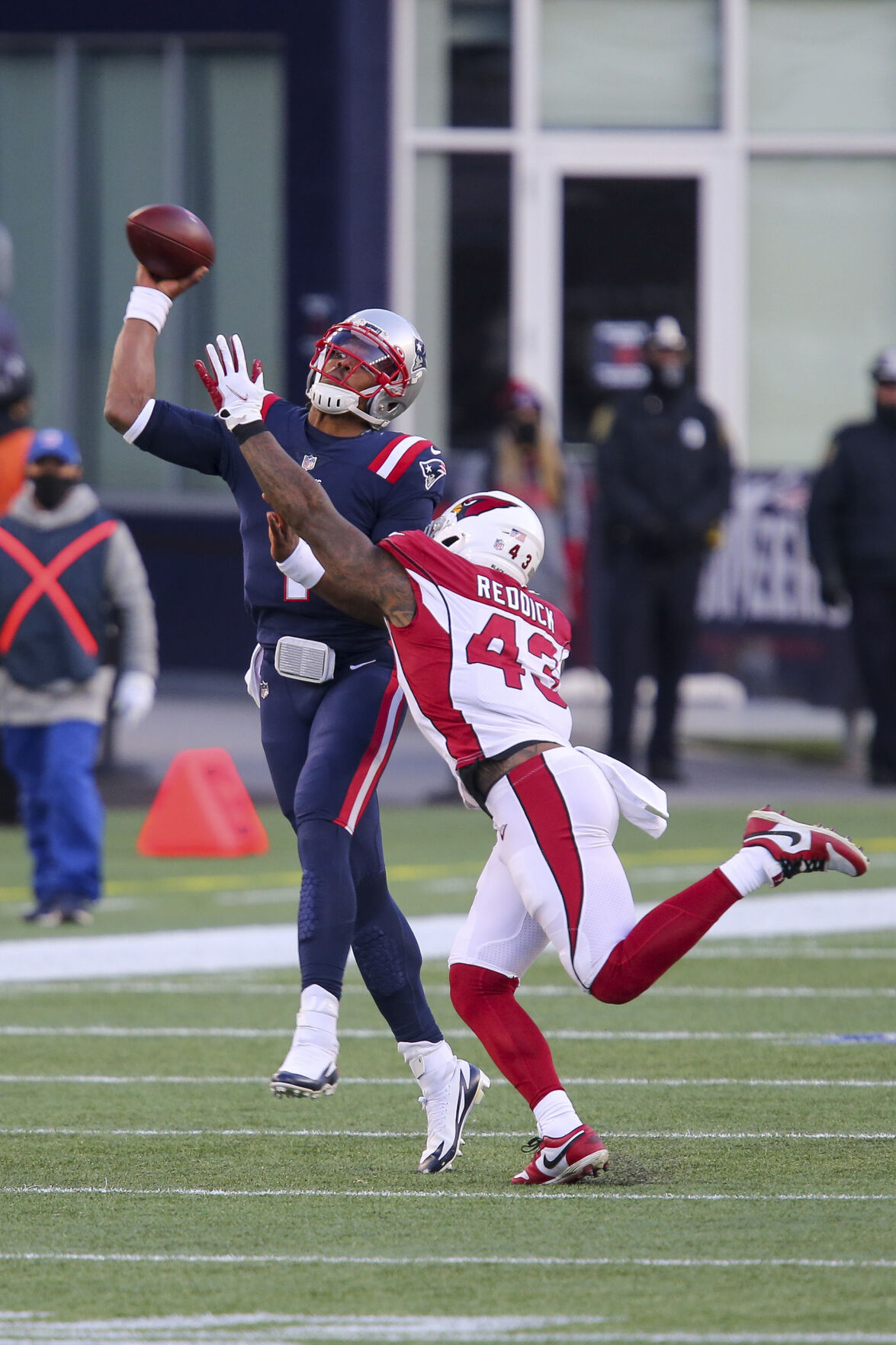 New England Patriots kicker Nick Folk is hugged by holder Jake Bailey after his game-winning field goal on Sunday that sent the Patriots to a 20-17 win over the Arizona Cardinals.

FOXBOROUGH — Cam Newton doesn’t need a reminder about what the standard for success is in New England.

“Every game in Foxborough, Massachusetts by way of Boston, Massachusetts is a must win,” Newton said on his weekly appearance on WEEI radio on Monday. “I don’t know who gave anybody any type of inclination, but even a blind man can see, even an unconscious person can notice that every game is a must win.”

The Patriots’ hopes of extending their streak of 11 consecutive playoff berths remain a possibility following Sunday’s 20-17 comeback win over the Arizona Cardinals.

But at 5-6 and in 10th place in the AFC, the Patriots still have work to do over their final five games to turn those hopes into a reality.

“Since Week 1 it’s been a must win. If you don’t believe that just listen to the radio show, just listen to ESPN, just watch Twitter, just look at social media, and the expectation is already set,” Newton said.

Meeting that standard will probably mean grinding out wins like they did on Sunday after the offense took its latest step backward. Following three consecutive games with a quarterback rating of 99 or better and no turnovers, Newton posted a career-low 23.6 rating on Sunday, completing 9 of 18 passes for 84 yards, no touchdowns and two interceptions.

While James White had two rushing scores, it was the defense and special teams that had New England’s biggest plays of the game.

That kind of complementary effort will need to continue as the Patriots play the first of three straight games on the road. It begins with a trip to Los Angeles to face the Chargers (3-8). That is followed by matchups with the Rams (7-4) and the Dolphins (7-4), who the Patriots beat to open the season. New England then concludes the season against AFC East-leading Buffalo (8-3) and the Jets (0-11).

The Patriots got production out of two players they elevated to the 53-man roster from the practice squad. Defensive tackle Akeem Spence and receiver Donte Moncrief, who returned kickoffs Sunday, both made game-changing impacts.

Spence combined with Ja’Whaun Bentley to make a goal-line stop at the end of the first half. Moncrief had a 53-yard kickoff return to set up New England’s first touchdown of the game.

“What’s crazy is I (returned kicks) my rookie year with the Colts, and I haven’t done it since then,” Moncrief said. “(Special teams coordinator Cam Achord) asked me, ‘How do you feel about doing returns?’ I’m like, ‘If you need me to do it, I’ll do it. I’ll do whatever to help this team.’ He gave me a chance during the week and he liked what he saw, so he stuck with it.”

Though their 42 penalties are still the fewest in the NFL this season, the Patriots have lost a bit of their early-season discipline. They were called for six penalties on Sunday and have 13 over the past two weeks — their most in back-to-back games in 2020.