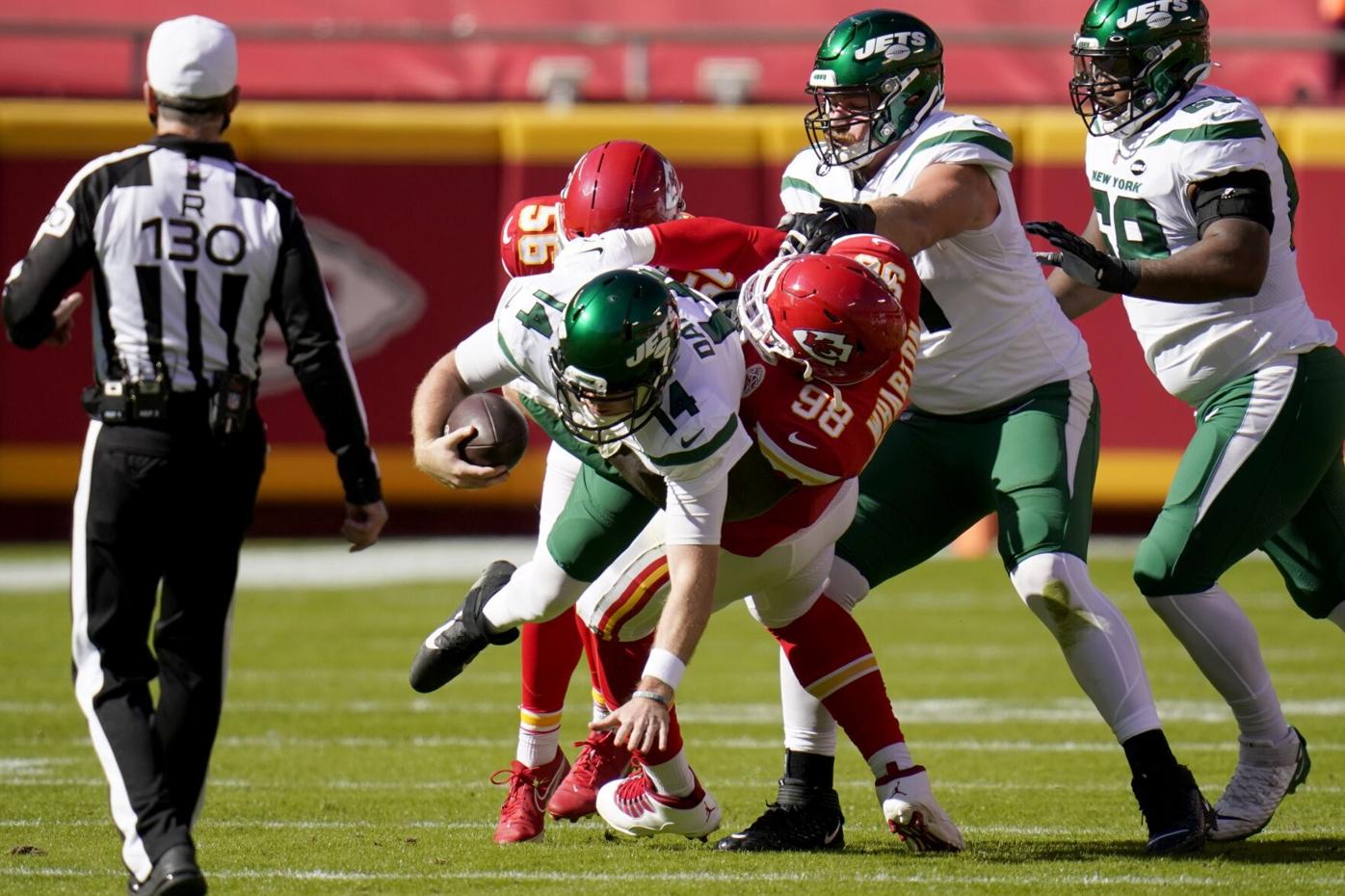 New York Jets quarterback Sam Darnold is sacked by Kansas City Chiefs defensive tackle Tershawn Wharton in a game last weekend. The Jets are 0-8 and will play host on Monday night to the 2-5 New England Patriots 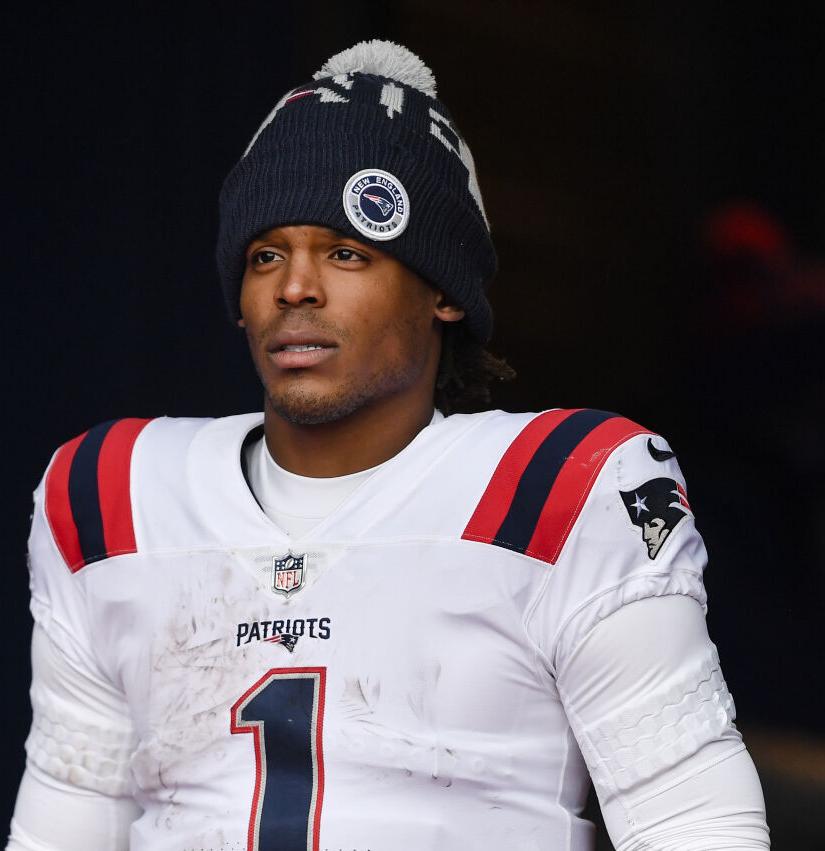 The Jets’ woes are nothing new, of course, but they’re a loss away from the first 0-9 start in franchise history. Meanwhile, Bill Belichick’s bunch is sputtering into MetLife Stadium on a four-game losing streak. And, that’s just not normal.

“Nobody plans for a bad season, that’s for sure,” Patriots running back James White said. “We’re still competing. Everything we want is still out there in front of us. We just have to turn the sense of urgency up a lot more.”

That has usually not been a problem for New England under Belichick, whose teams have won 11 straight division titles — with Tom Brady at quarterback, of course. He’s now in Tampa.

Sure, there’s time to turn things around, but a loss to the Jets in front of a prime-time TV audience would mark New England’s first five-game losing streak since 1995, when it finished 6-10 under Bill Parcells.

“You’re not going to get change by walking around here negative or walking around with your head down, declaring the season to be over,” cornerback Jason McCourty said. “The only way you’re going to create change or try to make a difference or get yourself out of the situation you’re in is to continue to work.

“I think if you’re negatively working, that’s the results you’re going to get.”

Adam Gase’s Jets know about negative results. New York is 0-8 for the first time since the 1996 team lost its first eight and finished 1-15 under Rich Kotite. That team is generally considered the worst in Jets history, but this year’s squad could give that one a run — especially if they lose Monday night to make some dubious franchise history.

“Obviously everyone wants to win,” quarterback Sam Darnold said. “That’s why we’re in this business. That’s why we’re professional football players. We got here by winning football games. For us, we’ve just got to put our heads down and go back to work. I feel like if we do that, we can win this game and worry about the next when it’s up.”

Darnold is dealing with soreness in his right shoulder, but the Jets were optimistic he’ll play. That comes after he initially sprained the AC joint in the arm and had to sit out two games.

He has struggled since his return, and thrown for just three touchdowns with six interceptions in six games this season. His 65.9 quarterback rating is last in the NFL among quarterbacks that have made at least three starts.

“When I talked to him, I see a guy that’s, you know, he’s young, but he understands kind of what this profession is,” Gase said. “It’s about what can we do to change things, what can we do to fix things, what does he have to do, what do the rest of the guys have to do? He’s trying to acquire that information to make sure that he understands like, ‘Where can I help change things?’”

The Patriots entered the week ranked 29th in the NFL averaging 19.4 points per game. Part of the reason for their lack of production can be traced to their poor starts.

New England has scored just seven of its 136 total points this season in the first quarter, while giving up 36 points to opponents. It has created early deficits for an offense that has struggled to find a rhythm in the three games since quarterback Cam Newton returned from his stint on the reserve/COVID-19 list

“Yeah, we definitely want to change it and need to change,” Belichick said. “(Starting slowly) is not what we are trying to do, but we haven’t done a very good job of it so far.”

One of the biggest culprits in the Jets’ troubles on offense has been their inability to convert on third downs.

Injuries have played havoc on the Patriots’ ability to establish consistency on both sides of the ball. Knee injuries kept receiver Julian Edelman and star cornerback Stephon Gilmore out of last week’s loss at Buffalo, along with receiver N’Keal Harry (concussion) and safety Kyle Dugger (ankle). Edelman and offensive lineman Justin Herron (ankle) were subsequently moved to injured reserve.

New England lost more players during the game, with defensive tackle Lawrence Guy leaving in the third quarter with a shoulder injury, and linebacker Ja’Whaun Bentley exiting in the fourth with a groin injury.

One bright spot: It has created opportunities for backup players such as running back Damien Harris and receiver Jakobi Meyers. Harris had his second 100-yard game of the season last week, and Meyers has 10 catches for 118 yards over the past two games.