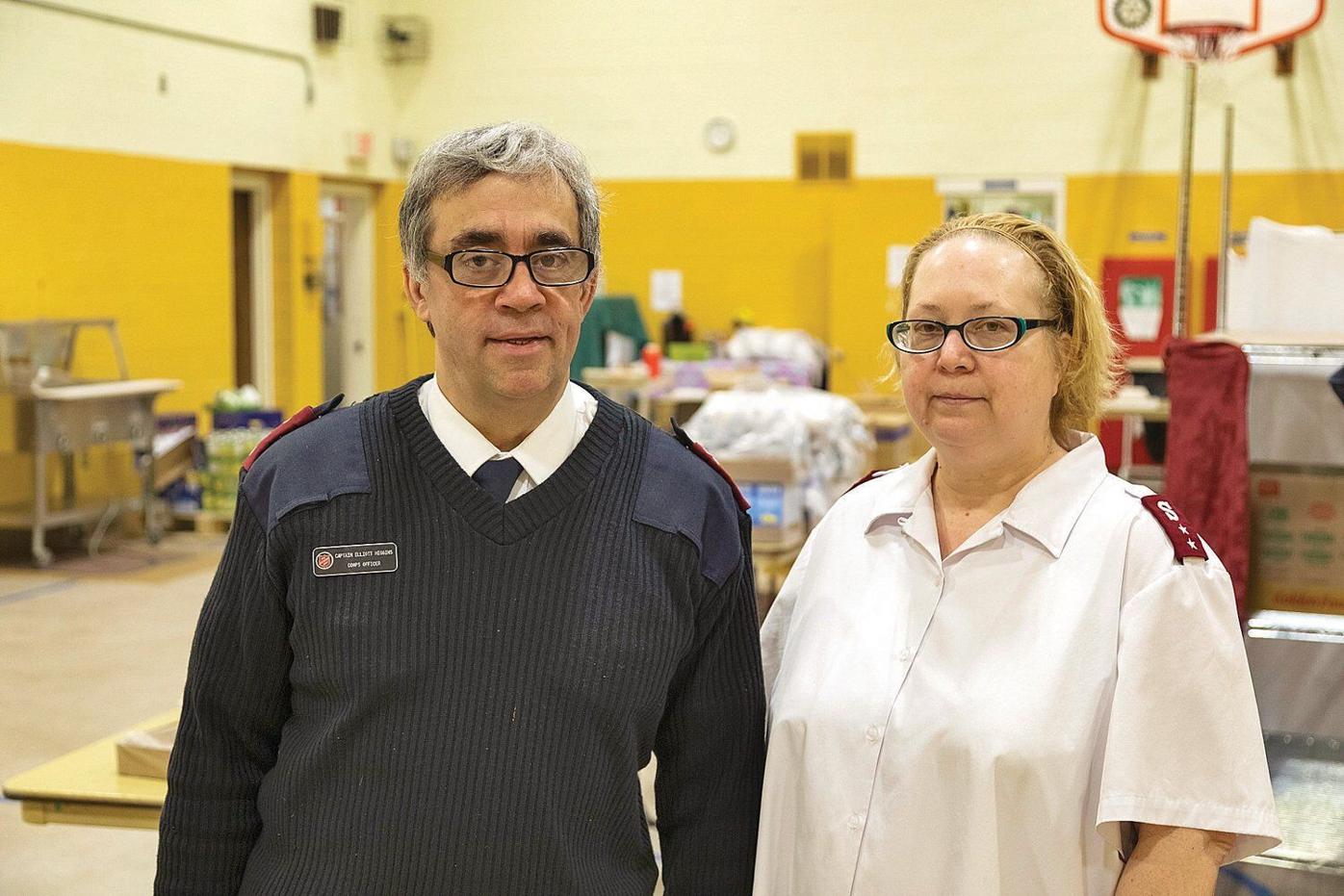 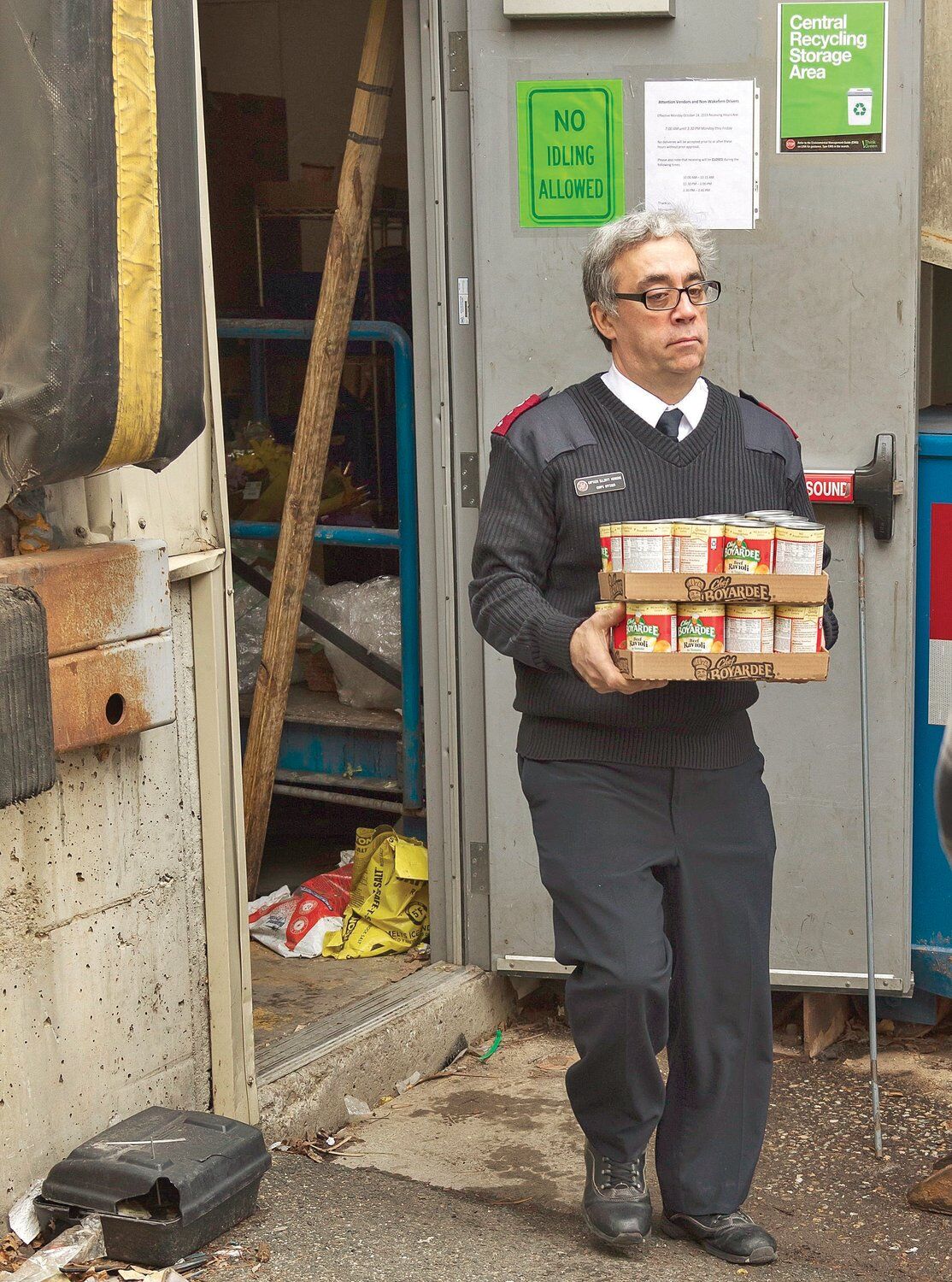 PITTSFIELD —"We're there before, during and after disasters strike."

As the coronavirus pandemic descended on the state in recent weeks, the department has staffed up 31 community centers across the state, including the hub on West Street in Pittsfield. That covers the before and during.

But for many in the Berkshires and elsewhere, the biggest trouble with the current coronavirus crisis will be the after.

"This is a different type of disaster from our storms, which have a very specific end date," said MacFarlane. "But with this, we've already seen across the eastern territory of Salvation Army alone, a 50 to 100 percent increase in need."

Locally, that isn't the only curveball thrown by the pandemic.

"It's also different in that it is not confined to just one area. It's widespread, so resources are a little bit more difficult to come by, because everybody wants the same resources," said Elliott Higgins, captain of the Salvation Army in Pittsfield, "but they can't produce those resources because people are out of work, places are closed down.

"But we have been blessed with the people of Berkshire County who have stepped up to the plate to help us get those resources."

One hub by Boston has gone from serving a little over 300 to around 800 people per week, MacFarlane said.

In rural areas like Berkshire County, things are no different.

The Salvation Army is a Christian denominational church and an international charitable organization structured in a quasi-military fashion.

The Pittsfield center typically provides aid for Dalton, Lanesborough, Hancock and Pittsfield. However, service units elsewhere in the Berkshires have been overwhelmed and now Higgins' crew is running deliveries out of Pittsfield to schools and other locations in Sheffield, Otis, North Adams, Richmond, Great Barrington, Lee and the hilltowns, among other spots. Boxes typically contain nonperishable goods that will last a family of four for a few days. They are also distributed to the doors of seniors and shut-ins, with help from Working Cities Initiative.

As of this past week, The Salvation Army has distributed around 600,000 meals across Massachusetts, and more than 4 million nationwide, MacFarlane said.

That local crew, which is helmed by Higgins and his wife, Darlene, consists of just eight to 10 people.

"You've got to keep [groups] to under 10 people anyway. It's a lot of work, but we're getting it done," he said. "We've just got good volunteers, we're blessed with that. And they're all trained for this kind of thing. We rotate people in and out, and when it's time to get busy, they get busy."

It has been busy, almost nonstop, since the coronavirus touched down in Berkshire County and local businesses began shutting down, causing massive job loss. Suddenly, The Salvation Army is being called upon by more and more by those who have never had to utilize the food pantry in the past.

"The phone is ringing off the hook [with people] wondering how they can do that," Higgins said.

MacFarlane backed him up, relaying what she heard on a call with national commanders David and Sharron Hudson: "A lot of these people had always known about the Salvation Army, and were one paycheck away from having to access emergency services, like our food pantries. And now, overnight, they have no money whatsoever."

That has left Higgins' team in the position of teaching, on top of their own responsibilities, all while maintaining social distance and the utmost hygiene.

"They're coming up to the door, with 6 feet between the clients and the volunteers," he said. "We box all the food ahead of time, we slide it down to them, take their names and information, and they can come once a week, or they can give us a call. Nobody can come in the building, obviously."

The typical hot brunch, and Sunday dinners, are still being provided in take-out fashion. On Sunday, the organization provided Easter meal, consisting of ham and all the fixings, to around 60 people.

"They're all figuring it out. We have some great volunteers," Higgins said. "We walk them through the process. It's difficult to not be able to have close interactions; it can be difficult to understand at first. But now, as we enter our fourth week, people are getting more of a routine and they know what's expected when they come to the door.

"They know that they're going to be treated with compassion, and, we're going to try to give them everything that we can possibly give them to help them get through the week safely," he said.

Still, no end is known in the fight against COVID-19, and that only means numbers are going to continue increasing with record unemployment ravaging the county and the country.

Higgins said the resources have held up well thanks to the help of the Berkshire Taconic Community Foundation through the Berkshire United Way. He also made special mention of Great Barrington donor Sally Harris, a member of the Salvation Army's National Advisory Board. However, certain supplies like peanut butter — an excellent source of protein — are dwindling and funds are drying up rapidly.

"Some supplies are coming in pretty good; some are not," he said. "Monetary donations are the best way; that way we can figure out what we need to supply people with. It's stuff like that that we have to figure out locally."

MacFarlane mentioned that 82 cents of every dollar donated to the Salvation Army goes to the cause, and money donated in Pittsfield stays in the Berkshires. Any checks with COVID-19 written on them will go 100 percent to the coronavirus response.

She echoed Higgins' emphasis on the importance of donations.

"In times like this, it gives us the flexibility to direct the money where it is needed most," MacFarlane said. "It's not even just the food. Our emergency services are also providing hygiene kits.

"If you are suddenly in a crisis, then there are things like baby diapers, feminine hygiene products and other toiletries like shampoo, toothpaste, that we're making sure we can provide for people," she said.

This is a heavy job for just 10 volunteers, and Higgins is keeping a watchful eye to maintain the physical and mental health of his team.

"They're in real good spirits. We have to keep an eye on fatigue setting in, I don't want to burn people out, but the good thing about this — maybe the one good thing — is we get to go home at night," he said. "Normally we'd be in a hotel somewhere away from our families. I can't say anymore; they're just such great people. We've been blessed."

For those in need and those who might be able to help, MacFarlane had this message.

"The biggest thing is that the Salvation Army is there for anybody in times of need. Our doors are open to anyone in the community. If you need us, we're there. Emotional, spiritual, trying to find resources, even to just talk through — how are you going to pay the rent? We have relationships with partner organizations. We can try to work with you. We provide social services. We're there for people in their biggest time of need. And that is only going to continue to go up, so donations are so crucial, to help us help our most vulnerable neighbors."

For Elliot and Darlene Higgins, and their team, they're just glad to be able to do their part.

"We've been able to bring hope to people during a really tough time," he said.