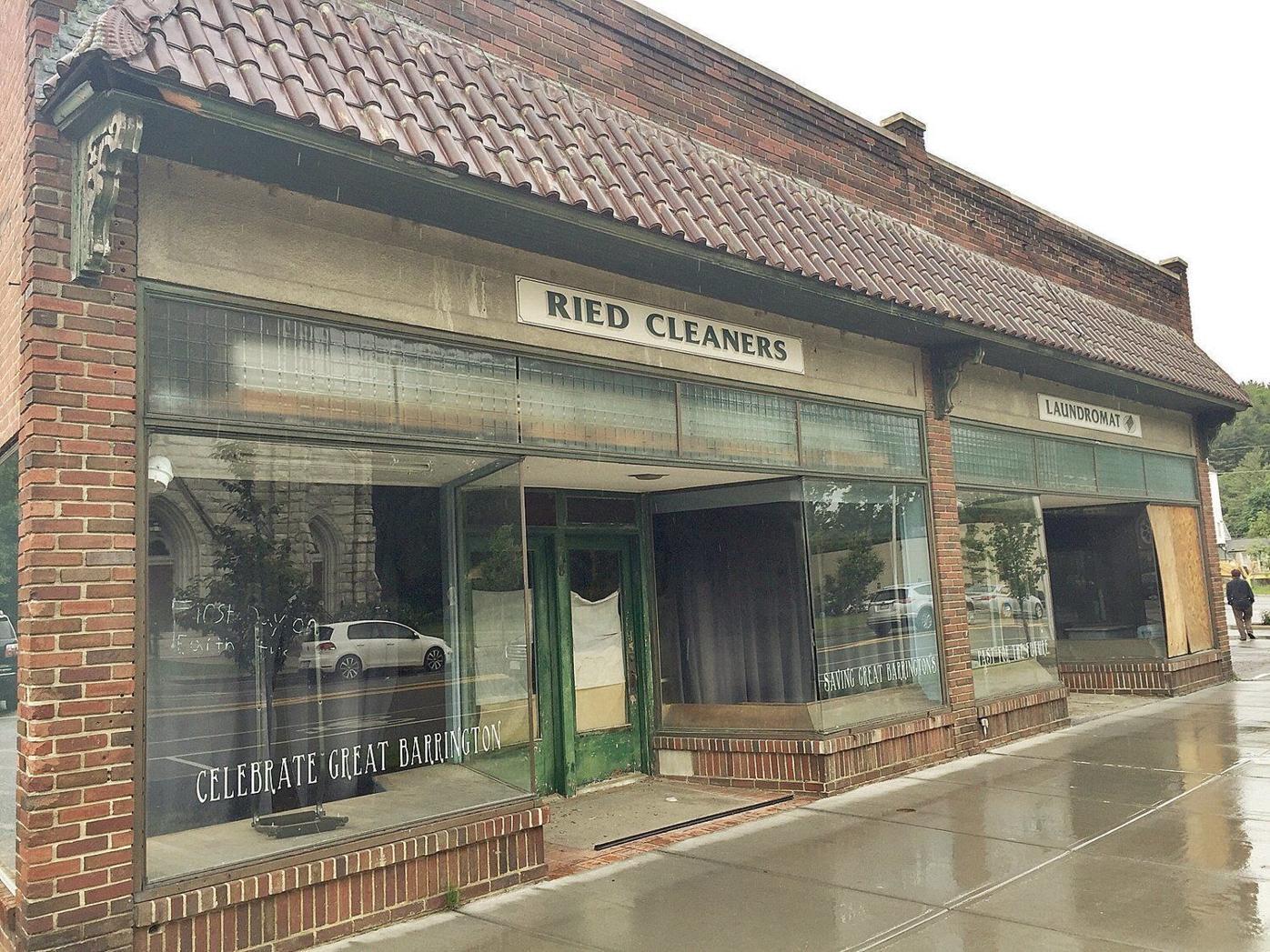 Ried Cleaners operated on Main Street in Great Barrington for more than 50 years, during which time dry cleaning solvents flowed through floor drains in a rear building. The town has received $500,000 from the federal Environmental Protection Agency toward a cleanup project that is estimated to cost about $1 million. That contaminated soil was excavated this month. 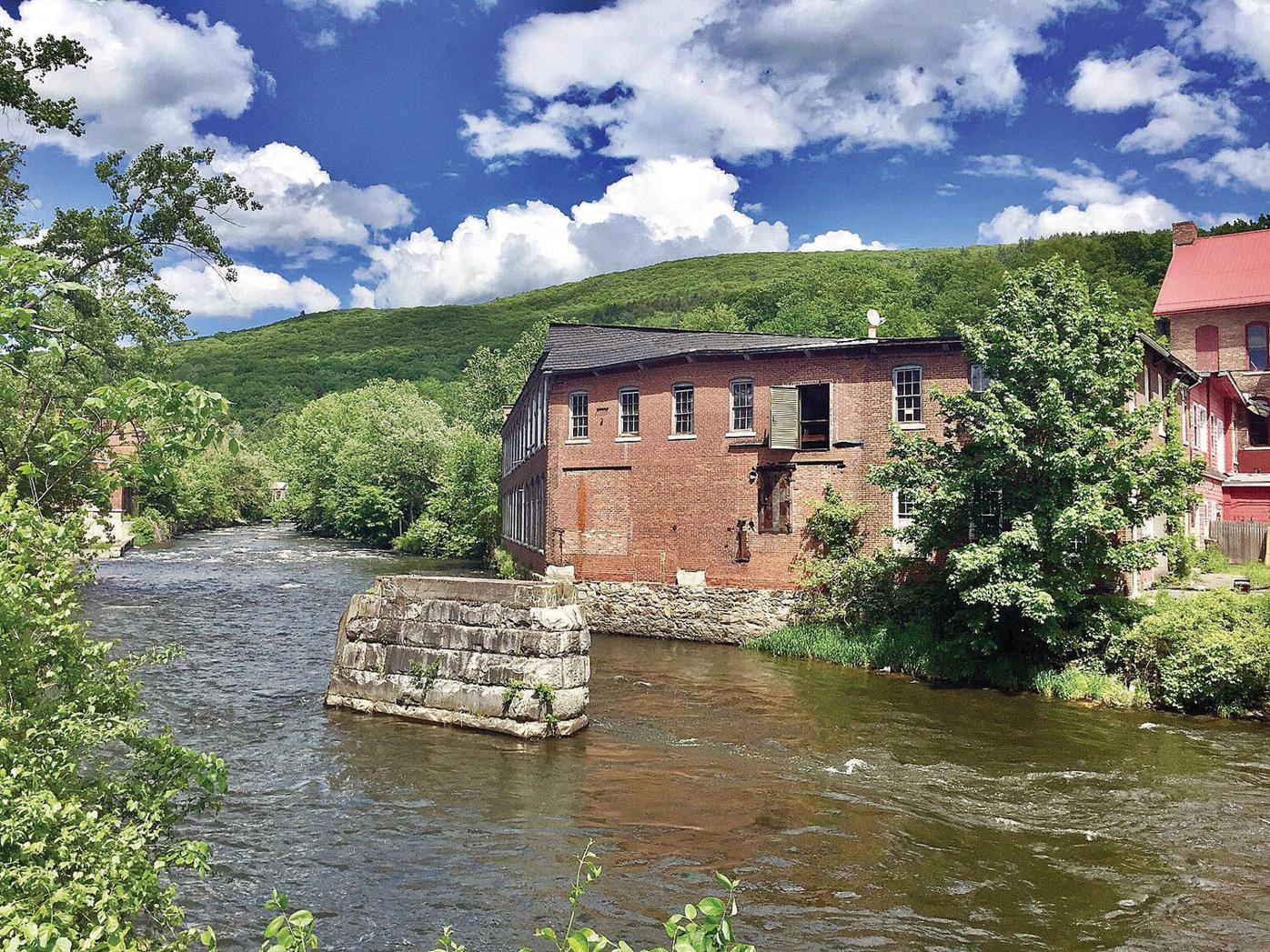 The former mill building known as Cook’s Garage, as seen from across the Housatonic River in Housatonic village. Town officials are prioritizing it for cleanup and redevelopment.

GREAT BARRINGTON — A cleanup of one prominent toxic waste site is underway, and town officials are prioritizing two more of the town's languishing and polluted properties for cleanups that they hope will lead to something new.

They also plan to hold a community meeting this summer to discuss these three sites with the public, and get ideas for future use.

This month, a contractor for the U.S. Environmental Protection Agency removed polluted soil from the Ried's Cleaners site on Main Street. The agency sampled it as workers dug it out of the rear of the storefront to see how much more needed to be removed. And now the town is waiting for a final report with the results, according to Town Planner Christopher Rembold, speaking to the Select Board at its goal-setting meeting Monday.

Rembold also said the town is prioritizing work to clean up Cook's Garage and what is known as the Carpenter's Variety site on Main Street, between Berkshire Community College and Searles Castle. The property, which the town does not own, has housed a number of businesses through the years, including a BP gas station that state documents say leaked gas from an underground tank.

The cleanup of Cook's Garage, a former mill and auto mechanic's shop on Park Street, is complicated by an artesian well that outflows inside the building. Though the town owns the building, ownership of the well is shared with the abutting property owners.

"That will impact the disposition of the property; how that water is used and or sold or whatever," Rembold said, noting that the town now has reports about possible contamination there.

The goal-setting meeting tackled issues ranging from how to get fiber-optic high-speed internet into Housatonic to downtown parking. Ried's and Cook's fell into town ownership when the former owners couldn't pay their taxes. The Ried's and Carpenter's sites have proved the most challenging, since the contaminants have traveled in groundwater.

Dry cleaning chemicals and fuel oil have, for decades, coursed from a plume at Ried's to some surrounding properties, most significantly, the post office next door, which has had to do its own remediation to contain it, and restrict access to its basement. That cleanup is estimated at $1 million.

The town has focused its $500,000 EPA brownfields assessment grant on these three sites, which, if redeveloped, "could be beneficial to the community," Rembold said.

Great Barrington gets $500K for cleanup of dry cleaning pollution

GREAT BARRINGTON — Officials from the U.S. Environmental Protection Agency on Wednesday announced that the town will receive $500,000 to clean up pollution at the Ried Cleaners property on Main …

The sites are three out of 145 on the state Department of Environmental Protection's waste site watchlist for Great Barrington. Those range from oil tank leaks at residences to commercial buildings and gas stations.