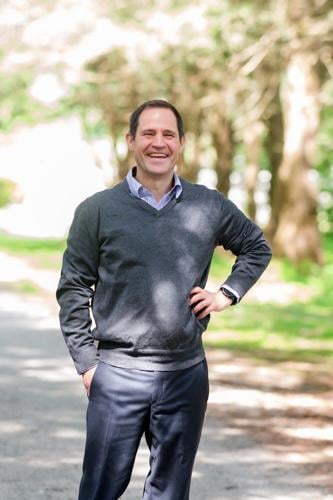 Matthew Chester, JD, CFP®, Managing Director and Principal Advisor at Tableaux Wealth, was impressed by Bean’s humility and eagerness to learn. “One of the things that really jumped out at me with Kyle, when we first met, was that he was willing to ask questions,” he said. 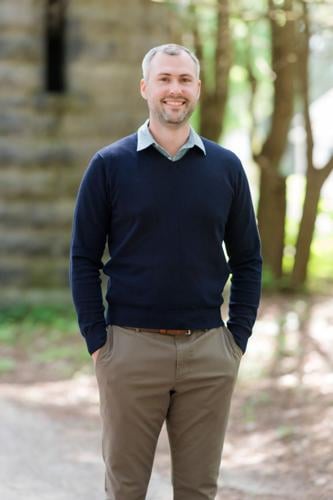 Financial Planner and Investment Analyst Kyle Bean, AWMA™, CRPC™, who recently transitioned from active duty in the military to his current position at Tableaux Wealth, believes his experiences help him guide clients who wish to make their own major life changes.

Matthew Chester, JD, CFP®, Managing Director and Principal Advisor at Tableaux Wealth, was impressed by Bean’s humility and eagerness to learn. “One of the things that really jumped out at me with Kyle, when we first met, was that he was willing to ask questions,” he said.

Financial Planner and Investment Analyst Kyle Bean, AWMA™, CRPC™, who recently transitioned from active duty in the military to his current position at Tableaux Wealth, believes his experiences help him guide clients who wish to make their own major life changes.

Kyle Bean knew a change was coming. He just needed to decide what that change would be.

After seven years on active duty in the U.S. Army, his full-time service was coming to an end, and it was time to make some important decisions. “I knew I was going to be looking for a career change,” he explained. But it was not until he’d already started the process that he had any clear goals in mind.

“As part of the process of getting ready to transition my family out of the military, one of the things I wanted to do was take an in-depth look at our family finances, just to make sure we were in a position to successfully transition,” he said. “During that process, I realized how much I liked personal finances, and that led me to the decision that helping others with their finances was what I actually wanted to transition to. It was my new career.”

With this new found purpose, Bean set out on a path of reflection and discovery that led him, eventually, to his current role as a Financial Planner and Investment Analyst at Tableaux Wealth, based in Stockbridge.

As happy as he is with the end result, it was the journey itself that really made an impression. He and Matt Chester, Managing Director and Principal Advisor at Tableaux, saw an opportunity to take his experience of making a major life change and translate what he'd learned to the world of financial planning.

Together, the pair drafted up a set of guidelines for implementing and sustaining major life changes, taking from personal experience as well as the work of leading behavioral economists. Although crafted with personal finance in mind, these eight steps can apply to establishing productive habits in all aspects of life.

1. Decide what your end goal is, and make it personal.

Determining an end goal is the most obvious step in making meaningful change, but it’s also probably the hardest. Sometimes, you don’t know what, exactly, you want — just that it’s not what you have right now.

“I think people are often told to think, ‘What are you passionate about?’ But often you’re not passionate about something until you are able to dig into it,” Chester said. If you’re struggling to pin down a specific goal, he suggests looking for individual aspects of your current situation that you might want to change.

“What do I not like? What do I not enjoy right now, and do I have any control over that? Do I have the capacity and ability to change that thing?” he said. “And on the other side, what makes your heart sing? What is that thing that you just really love? Can you find a way to add more of that?”

When possible, Bean recommends seeking out insight from people more knowledgeable in your area of concern.

“What does it mean for someone to say, ‘I want to be able to retire’? That can mean so many different things to different people,” he said. “So you find that person that has the experience to ask the right questions: ‘What does retirement look like? What does it feel like? What would you be doing?’ Then that helps guide you in your decision making for how you want to reach that result.”

2. Pick a memorable start date, and the nearest deadline.

January 1 has marked Day One for countless journeys of self-improvement, some successful, some not. Given the famously poor success rate of New Year’s resolutions, it’s tempting to write off the whole concept of a meaningful starting date. Scientifically speaking, however, that might be a mistake.

In her book, ‘How to Change,’ economist and behavioral scientist Katy Milkman suggests that scheduling big changes to start on “new beginnings” — significant dates like New Year’s Day, birthdays, the first of the month, or even Mondays — can improve your chances of actually following through. In a 2015 study, she and behavioral experts Hengchen Dai and Jason Riis found that participants were more likely to pursue a goal when given a “temporal landmark” to denote a fresh start. She hypothesizes that these important dates offer a chance to leave behind past failures or bad habits, increasing a person’s motivation to make positive changes.

Beyond that designated start date, the Tableaux team recommend setting an initial deadline of some kind — a first checkpoint to confirm you’re truly on your way, even if it’s only a small increment of progress.

When it comes to getting things done, a little accountability can go a long way. “There are different ways to create these commitment devices, but they’re really helpful to keep people on track and moving toward that change,” Chester said. “Sometimes it can just be a promise. Sometimes it can be an actual belt, like, ‘If I don’t do this, by this time, I pay X amount of money,’ to the other person, or to a charity.

Sharing your plans doesn’t just open you up to some mild social pressure should you fail; it can also represent a source of support and advice. “That outside person can serve as both a commitment device, and also as a mentor. When you get stuck, you have somebody who you can compare notes with, and then when you fail — which is inevitable, we’re all going to fail sometime — there’s somebody to say, ‘Hey, let me remind you of all the times that I failed. You’re not alone.’”

Oh, and don’t underestimate the power of just putting your intentions down on paper.

“It could be as simple as, rather than saying, ‘I’m going to go to the gym and warm up and stretch,’ write it down. ‘I will get to the gym at 7 a.m. From 7:05 to 7:15, I’m going to walk on the treadmill.’ And so on,” Bean said. “Having it in writing can often be the thing that changes it from being an idea, to taking the action step.”

“One of the most important things, whenever you’re trying to change anything, personally or professionally, is building the baseline,” Chester said.

This is the self-assessment phase of the process. Here, you take stock of what skills and resources you have at your disposal, and what you’re lacking.

“I think, oftentimes, it’s what you know, but also knowing what you don’t know,” Chester said. “One of the things that really jumped out at me with Kyle, when we first met, was that he was willing to ask questions.”

“I knew I wanted to be a financial professional, but I didn’t know what that meant,” Bean said. “I didn’t know what the options were. So I needed first to do the research to get enough baseline knowledge to know what to ask. Then I was able to reach out to someone and say, I think this is what I want to do, but I want to learn more about that from someone who’s doing it.”

For Bean, that thorough evaluation of where you are is just as important as deciding where you’re going.

“It’s understanding the current situation, seeing the start and seeing the end, and then from that point, formulating what needs to happen in the middle. Those two points are the two key elements,” he said.

5. Formulate a plan to reach your goal, with short-term milestones and a long-term timeframe.

Dwight D. Eisenhower had a favorite saying, which he attributed to his time in the Army, about the usefulness of plans: “Plans are worthless, but planning is everything.”

The ideal plan marks out a route to the desired outcome, with plenty of checkpoints along the way to check progress and reassess next steps. Will it change? Almost definitely. But, Bean and Chester stress, that doesn’t negate the value of making the plan in the first place.

“People get caught up thinking it’s got to be the perfect plan, and it’s never going to be perfect. It’s always going to have to be modified and adapted,” Chester said. “Sometimes it’s not really the execution of the exact plan that matters, it’s doing the planning, to figure out the key elements so that you can work through the process.”

6. Make periodic check-ins when you have something to assess.

Regular assessment of your progress can help maintain momentum, and provides a chance to identify what is and isn’t working, and adjust the plan accordingly.

That said, make sure your check-ins are spaced out enough to actually be meaningful. Change takes time; Too much short-term analysis can obscure long-term trends.

“These periodic check-ins have to give enough time for you to be able to take the next step, and to see if the things that you were doing, you've progressed on,” Chester said. “So it can't be every day. Oftentimes, it has to be weekly or monthly, or it could be longer, but give yourself enough time to determine what's working, what's not working, and if you have progressed at all.”

7. Analyze your success: Has it become a habit?

In the best case scenario, change will be so complete, you don’t even notice it anymore. Scrutinizing your successes causes you to identify not only if your strategy has worked, but if you can expand on those tactics to take your progress even further.

8. Do an autopsy on what doesn’t work out.

On the other hand, failures are useful, too. Rather than stewing in disappointment and getting discouraged, you can take a good long look at what doesn’t work to identify where things went wrong, and how you can adjust your plan to avoid those issues in the future. Think of it as the ‘process of elimination’ approach to finding the right way forward.

Change is hard, and uncomfortable, and a little scary. But change is also very possible. Just ask Kyle Bean — he’ll be happy to tell you.

His own experiences guide his work with clients. “It really helps me be able to speak to processes with confidence,” he said. “I feel that, having gone through it myself, I can understand not just the steps and the outline of it, but the feelings that happen along the way.”

“Just act before you take too much time to overthink it,” he advised, a philosophy he picked up in his previous career in the military. “That’s not to be rash, but if you’ve thought this out, and you’ve measured the pros and cons, and it seems worth doing, then just take the first step and get started. Adjustments can be made along the way. You’re going to learn. You don’t know everything when you start. It’s about getting the momentum started.”