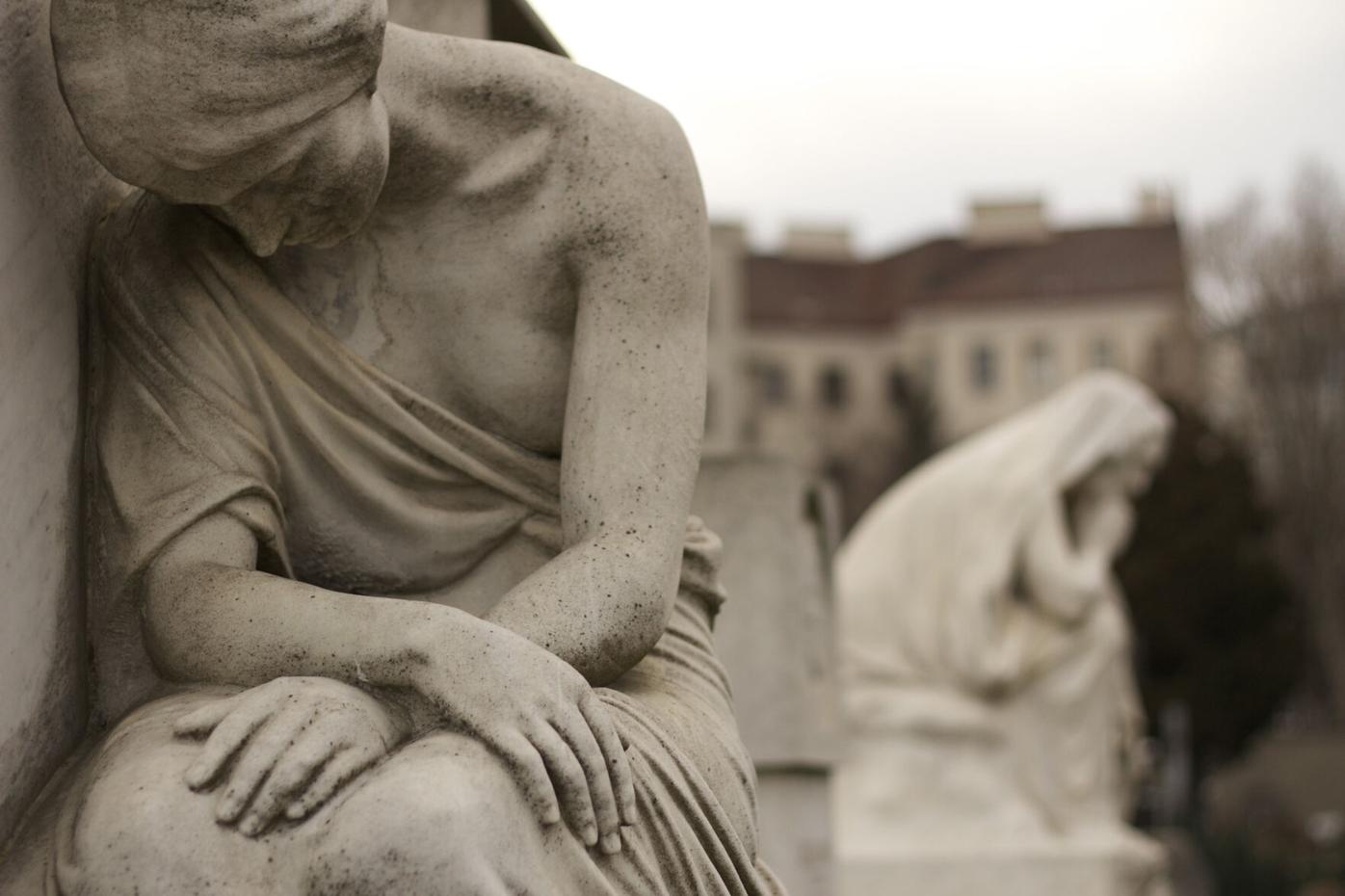 “Experiencing a loss during this season further enhances the emotions and pain associated with it, and it doesn’t matter whether you’ve had a loss this year or 25 years ago,” says John Bresnahan, director of the Devanny-Condron Funeral Home. 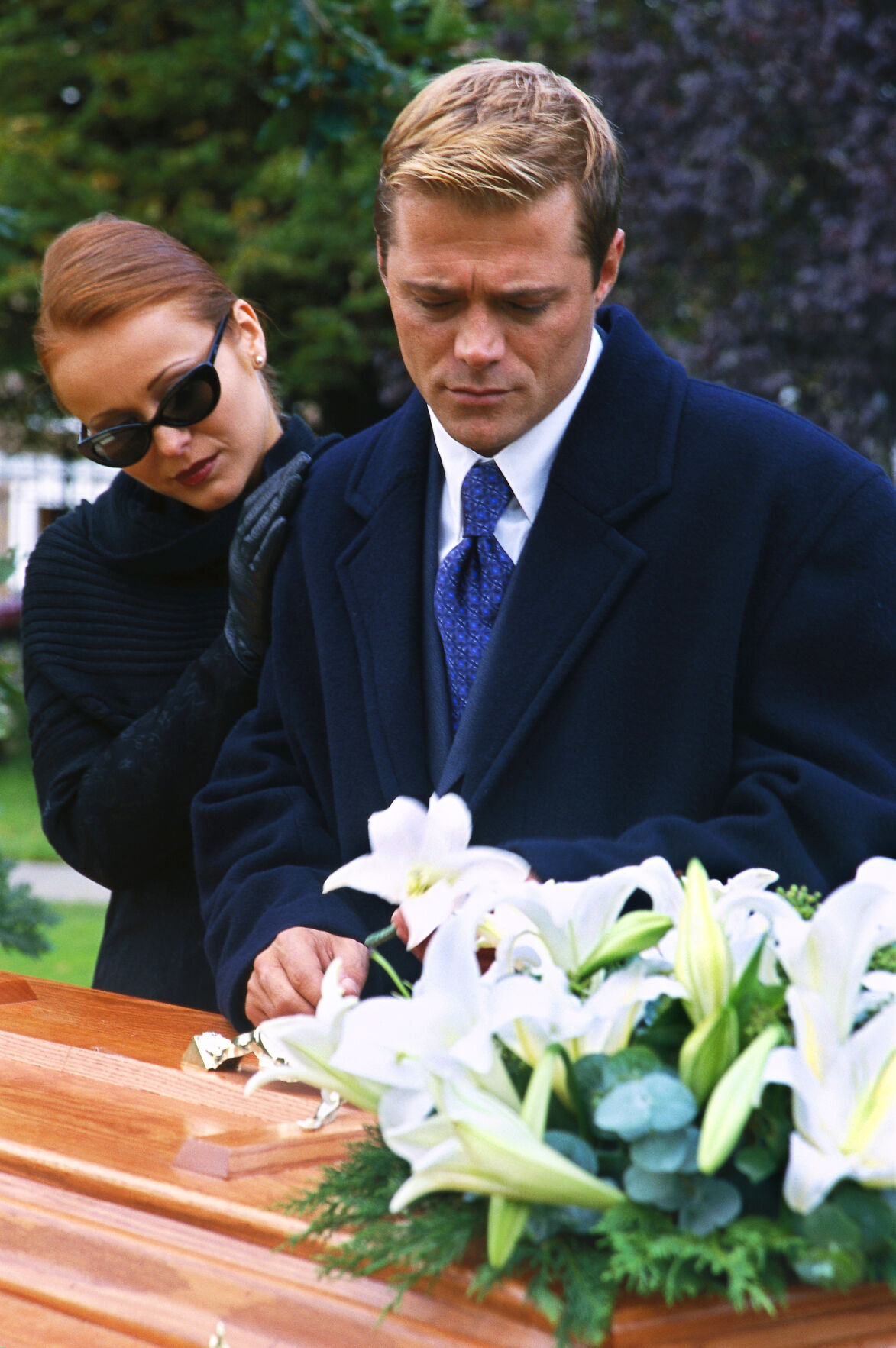 Grief doesn’t follow a schedule, and it must be allowed to happen, according to grief expert Alan Wolfelt. Wolfelt is one of the grief experts whom local funeral director John Bresnahan has used as a resource for learning more about the grieving process.

“Experiencing a loss during this season further enhances the emotions and pain associated with it, and it doesn’t matter whether you’ve had a loss this year or 25 years ago,” says John Bresnahan, director of the Devanny-Condron Funeral Home.

Grief doesn’t follow a schedule, and it must be allowed to happen, according to grief expert Alan Wolfelt. Wolfelt is one of the grief experts whom local funeral director John Bresnahan has used as a resource for learning more about the grieving process.

For those people who have suffered a loss during this normally bright time of year, the emotional pressure can be a bit too much to handle.

You’re not alone in your grief, says John Bresnahan, director of the Devanny-Condron Funeral Home. With more than 40 years as a funeral director, Bresnahan is well-familiar with how grief and mourning can trod upon the warm glow of the holidays.

“Experiencing a loss during this season further enhances the emotions and pain associated with it, and it doesn’t matter whether you’ve had a loss this year or 25 years ago,” says Bresnahan.

Emotions always run high during the holidays, he notes. This year, add a pandemic to the mix, limits on travel and gatherings, and general separation from families and the community, and loss can be magnified even more, he says.

Be tolerant, compassionate with yourself

Over the years, Bresnahan has looked to lecturer, author, and bereavement and loss educator Dr. Alan Wolfelt, in his books and speaking events, for inspiration on how best to respect and honor grief. He attended Wolfelt’s Center for Loss and Life Transition in the early 1990s.

The Colorado-based Wolfelt says, while there’s no simple solution to the feelings of grief, a good place to start is “being tolerant and compassionate with yourself” on the road to emotional healing.

Similarly, the bereavement expert suggests to surround yourself during the holidays with friends and relatives “who understand that the holiday season can increase your sense of loss and who will

allow you to talk openly about your feelings.” These friends and family members will allow you to be yourself, in joy and in grief, says Wolfelt.

Too often, he points out, our society tells us to muffle our grief. Don’t do that, he says, as it’s not an illness; it’s a normal part of life.

‘Love does not end with death’

Feelings for other people don’t end with their death, and holidays can renew a person’s sense of loss, Wolfelt notes. Likewise, over time in his work, Bresnahan noticed how it was beneficial to join with other people who have suffered similar losses.

With this understanding in mind, Devanny-Condron began its Memorial Tree about 21 years ago, upon which residents place ornaments or remembrances of lost loved ones.

“It allows families to come together to acknowledge their loss, that their lives are now changed, and to honor their deceased in a meaningful, public manner.”

Devanny-Condron thanks many volunteers for remembering the fallen

Originally at home in Memorial Park in Pittsfield, the tree is now placed annually in St. Joseph’s Cemetery, where people can stop and place ornaments with more privacy, says Bresnahan.

Wolfelt also suggests that mourners and people experiencing grief should express their faith, whether long-held or newfound beliefs. At times of loss, he advises to surround yourself with people who understand and appreciate your faith.

At Devanny-Condron, the directors have always designed services with the faith and wishes of the deceased and their loved ones foremost in mind. This is especially so during the holiday season.

Devanny-Condron Funeral Home honors the dead, and the living, in the days of the coronavirus

“We remain sensitive in the hopes and intent of easing the pain,” says Bresnahan.

He notes that performing a ritualistic act to acknowledge a loss — whether a wake, sitting shiva or the shrouding of a body — is most important, says Bresnahan. The act itself provides structure, during a time when it is essential, but still difficult, to communicate with people who are close to you. “It’s been written that ‘rituals perform when words fail,’” Bresnahan notes.

The holding of the event can also provide the first steps of closure. During the pandemic, live streaming funeral services has proved to be essential, keeping friends and family close in real-time, even though they might be thousands of miles apart because of the coronavirus and its restrictions.

Wolfelt also writes that “memories are one of the best legacies that exist after the death of someone loved.” Instead of trying to stifle the memories, share them, says Wolfelt, with those who care about you and the deceased the most.

Along those lines, for many years, Devanny-Condron commissioned local artist Margaret O’Keefe to paint personalized Christmas remembrance scenes. This painting was commercially printed on card stock and sent to families that had suffered a death during the year prior.

“We do this to remind families that we have not forgotten them, nor their loss,” says Bresnahan. The hope is that the ornament becomes a cherished part of people’s holiday rituals.

One way to honor the deceased is to help the community in their name, as a way to acknowledge the loss and give to the causes they believed in during life.

Many times, families suggest one or two favorite charities as a means to best honor their deceased family member. Devanny-Condron further assists families by compiling the donations and typing the names and addresses of those who chose to make the donation. Thus, making it easier for the surviving family to acknowledge this act of kindness.

As a way to honor all who have died in the community in the past year, the funeral home annually makes a donation to the nondenominational Food Pantry at St. Joseph’s Church. It’s a way to help those in immediate need, he notes, and a meaningful remembrance of a lost friend or family member.

“Our intent is to address the hunger and suffering in our community, important now more than ever, given the emotional and economic stresses in people’s lives as a result of the pandemic,” says Bresnahan.

As essential workers, funeral directors are available when you need them, 24 hours a day, seven days a week.

To learn more about the kind of professional and caring service that Devanny-Condron has always provided, please visit devanny-condron.com or call 413-216-0514.

Respect for family drew this couple to funeral business