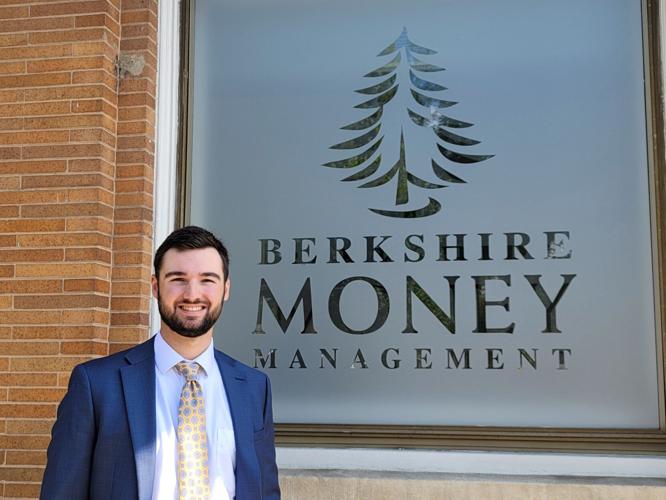 Nathan Tomkiewicz, of Berkshire Money Management, suggests speaking with your financial advisor if you’re unsure about how a major purchase will impact your long-term financial goals.

“My poison is snowmobiles,” Tomkiewicz admits. He uses a designated ‘snowmobile’ savings account to separate his hobby funds from day to day spending — a simple way to keep track of what he can safely spend each year.

Nathan Tomkiewicz, of Berkshire Money Management, suggests speaking with your financial advisor if you’re unsure about how a major purchase will impact your long-term financial goals.

“My poison is snowmobiles,” Tomkiewicz admits. He uses a designated ‘snowmobile’ savings account to separate his hobby funds from day to day spending — a simple way to keep track of what he can safely spend each year.

There aren’t many things in this world that you’ve wanted longer or with more conviction than a classic Corvette. As a kid, you had a die-cast model of a ‘55 convertible in the place of honor on top of your dresser. As a teen, you memorized specs and pored over maintenance manuals in preparation for the day you finally got your hands on the real thing.

Now you’re an adult, with a successful career, a healthy savings account, two grown children and an empty spot in the garage just begging to be filled.

If there were ever a moment to make that decades-long dream a reality, it’s now.

You have the money now, but what about when you’re older? Is it safe to indulge your most expensive wishes when you’re years away from retirement and the economy’s outlook seems less certain with every headline you read?

The responsible thing, you think, is to not spend the money, to save it away for ‘the future,’ whenever that might be.

Being responsible, however, doesn’t have to mean denying yourself in the present. As long as you’ve built a solid foundation and put some real thought into your spending, it’s entirely possible to use your money for the things that make you happy now, without negating all the hard work you’ve done to support yourself later.

Unfortunately, the reality is that not everyone will always be in a position to drop a large chunk of cash on ‘fun stuff’ whenever they feel like it. Sometimes, it is smarter to hold back until you’re in a better position financially.

“The answer for some people is they should probably be cutting back now,” said Nathan Tomkiewicz, an advisor with Berkshire Money Management. “Maybe putting off a lot for later is really going to be beneficial because not spending now means that you can have more flexibility later.” Flexibility to take a job that pays less but gives you more freedom or to replace your car when it breaks down without having to worry.

Your financial planner can help you honestly assess if you’re ready to make a big purchase; If you’re not, they can work with you to develop a plan for getting to that point.

Knowing the unique details of his clients’ financial circumstances, Tomkiewicz is able to take their proposed spending and see how it would affect their short-term situation and long-term goals.

“If you come to us with something you’d like to do, we can model that in,” he said. “Here’s what that costs. Does that mean you have to sacrifice anything? Sometimes, the answer is no, I don’t think so”. And sometimes, the answer is yes — are you okay with going on one less vacation, or not doing that addition on your home?”

A ‘not now’ doesn’t have to be a ‘not ever,’ necessarily. To stay motivated as you save, Tomkiewicz recommends designating a specific savings account just for that one goal.

“I have a separate savings account that I name — so I would name it ‘dream vacation,’ or ‘classic Mustang,’ or what have you — and I would be putting money into that. And you see that grow. You can make the dream more real,” he said.

“You’re not saving money that feels like you’re costing yourself now. Every day, you’re saving towards that purpose versus saving for something that seems unattainable.”

This can also be a way to help set priorities, and make sure that those savings aren’t being siphoned off for the everyday purchases you’ve deemed less important.

“My poison is snowmobiles,” Tomkiewicz said. “Anyone who knows anything about them will tell you it’s a terribly expensive sport that’s two months long if you’re lucky, but it takes year-round planning to do it.”

He uses a designated account to help himself stay on track during the off season.

“I have an account that’s called ‘snowmobiles,’ and I put money in it and that’s how I determine how much I’ll be able to do in a given year,” he said. “One other savings account that I am thinking of having is my flexibility account, or the ‘sleep well at night’ fund. It may seem silly, but during a period of uncertainty in income, being able to look at a pool of cash stashed for this very moment and knowing I’ll be ok is priceless to me.”

The long-term savings accounts and necessary expenses get paid into first.

“Then I look at my budget after that and say, ‘Do I actually want these little things, or this subscription? Or do I want to do this snowmobile trip, or take a vacation with my fiance? So instead of doing those day to day purchases, I force the money out of my checking account into those named accounts, to make sure I’m spending the money where it’s meaningful to me.”

“These things need to be cash purchases, because then you’re still going to be okay for later. You had the money to do it,” he said.

When to let go

Sometimes, it’s not the money itself that keeps people from spending on the things they really want — it’s their own saving tendencies.

“It goes back to your experiences,” Tomkiewicz said. “The people who do save every scrap, it comes from a rational place, where something happened that shaped them. For millennials, that could be the 2008 financial crisis. For people who are older, that can be gas lines in the 70s, or the Great Depression.”

Often, Tomkiewicz sees this reluctance in customers preparing to make the first withdrawal from their retirement savings.

“You’ve contributed money to your 401(k), into other savings accounts, your whole life,” he said. “And the rule that you live by, that got you to the place where you can entertain the idea of retirement, is that you don’t ever take the money out.”

Even if it feels like leaving that money untouched is the responsible thing to do, eventually it can become an obstacle to enjoying the retirement you’ve earned.

“It gives you another excuse to keep working, adds on to that pile of reasons not to do things,” Tomkiewicz said. “This is a very specific message to those folks: It’s really scary, that first time you take some money out, but it’s why you did this — for later.”

If fear of being unprepared is what holds you back, your financial advisor can provide some assurance that you’re in the right spot, money-wise.

“If you have some foundations, then you really don’t have to put things off for too long,” Tomkiewicz said. “If you’re putting money into your retirement at work, you have a savings account that you’re not going to touch that’s six months of expenses, well, you’re pretty free to buy things that maybe seem unreasonable if you’re a saver, instead of thinking, ‘Well, things are bad so I can’t do it right now,’ or, ‘I wanted to retire and then the pandemic happened. And then there was a presidential election that worried me. And then there was high inflation. And then —” There’s always going to be the next thing.”

It’s also important not to discount the value of doing things simply because they make you happy.

“With big purchases, one thing that I try to tell people is, you should spend your money where you get the most value,” Tomkiewicz said. “No matter if you could buy a classic car and not think anything of it, or that makes up a huge part of what you have saved — if you’re really going to appreciate it, and you’re okay with not having other things, that’s a great use of your money in my opinion.”

So go ahead, pick up the classifieds. Maybe that perfect little red coupe has been waiting there for you all along.