WILLIAMSTOWN — The job is simple. Not easy, but simple.

The Ephs came into the game with a 2-6 record in the NESCAC West Division, while the Mammoths were 2-7. The NESCAC baseball tournament now consists of the top four teams in each division playing in the quarterfinals, with the winners advancing. That's a change from the double-elimination format involving the top two teams in each division. 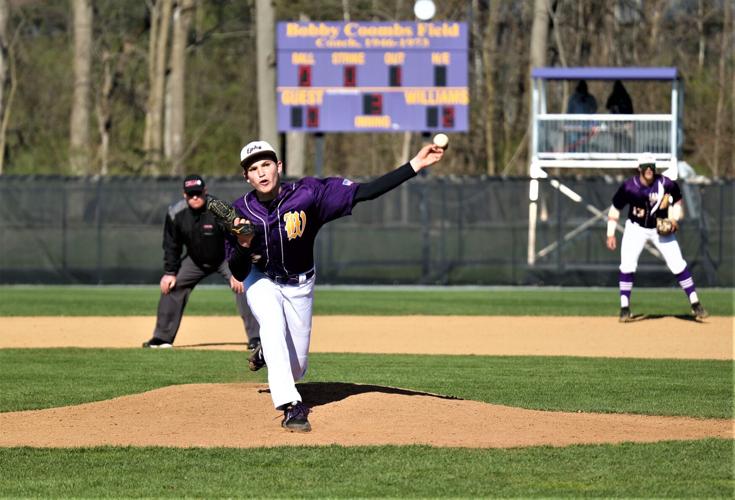 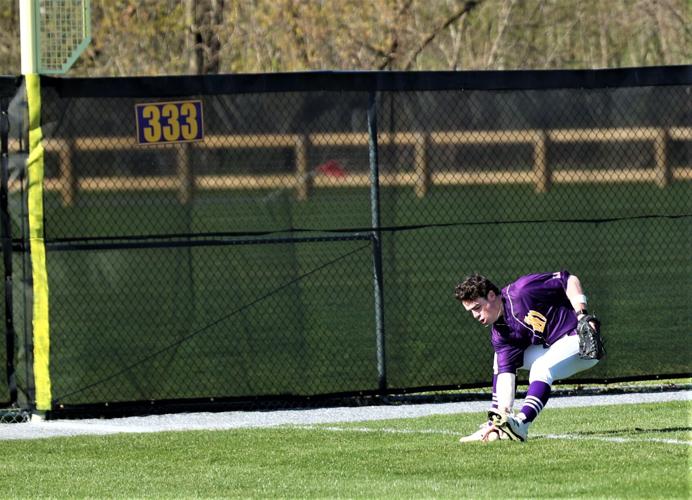 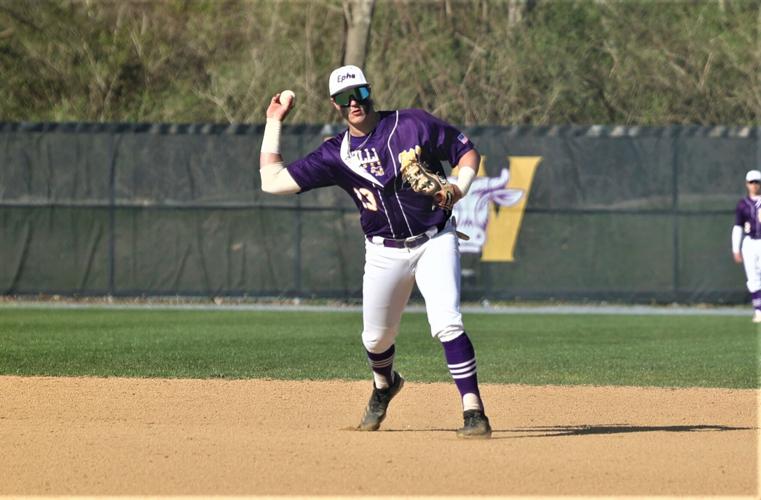 Daniel Lynch makes a play at second base for Williams. 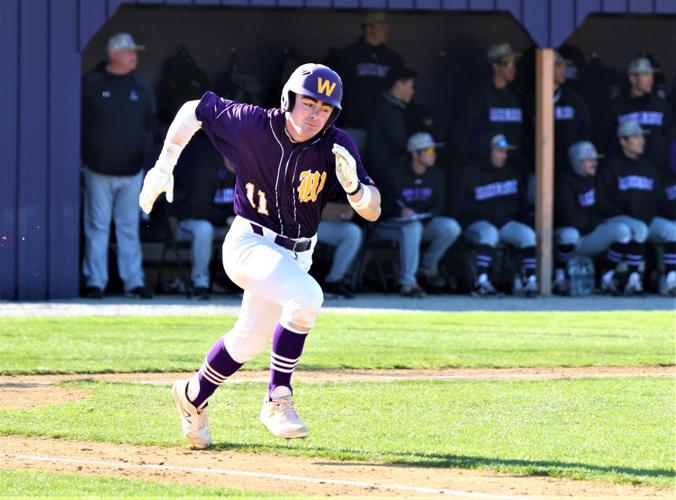 Brendan Stannard and the Williams baseball team had a tough go of it Friday afternoon as archrival Amherst came to town and delivered a 16-7 drubbing. A full story and gallery from the game is available at BerkshireEagle.com/sports/colleges 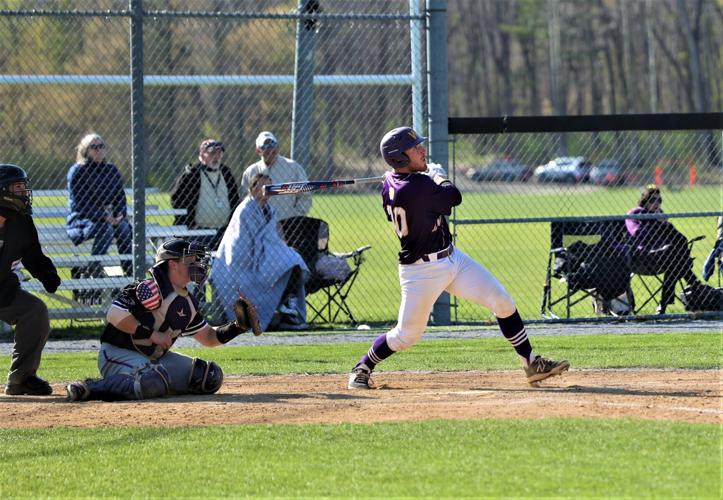 Henry Juan homered for Williams College in a home game against Amherst on Friday. 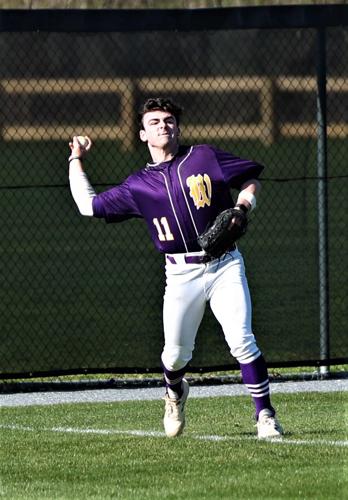 On Friday in Williamstown, the Ephs fell to Amherst College 16-7.

Daniel Lynch makes a play at second base for Williams.

Brendan Stannard and the Williams baseball team had a tough go of it Friday afternoon as archrival Amherst came to town and delivered a 16-7 drubbing. A full story and gallery from the game is available at BerkshireEagle.com/sports/colleges

Henry Juan homered for Williams College in a home game against Amherst on Friday.

Williams and Amherst are in the bottom two spots in the West Division standings. With the win Friday, the Mammoths get a leg up on the Ephs. Williams needs a sweep because that would give the Ephs a head-to-head tiebreaker if the teams end up tied. That is possible because, while the Ephs still have a Tuesday home game with West foe Hamilton, Amherst is done with NESCAC play this weekend.

After meeting with his team, Williams coach Bill Barrale said the road ahead is at least a clear one.

"Yeah, that's for sure," he said, referring to the need to sweep Saturday. "It's been a tough year with a lot of injuries. The kid that started [Will Jeffries] had a lot of injuries. He wanted to pitch and he pitched well. Then we had a bunch of first-years go out there. But give Amherst credit. They hit the ball. We gave up a lot of hits."

Twenty hits, to be precise. Four different Amherst hitters had three hits and three others had two hits in the game. The bottom five players in the Amherst batting order scored 10 of the 16 runs, while the top half of the order drove in nine runs.

One player who was just coming back from an injury was Stannard. The former Taconic standout had hit .367 during Williams' early-season Florida trip. He got a concussion in an April 5 game at Bard College and just came back to the lineup on April 23 against Hamilton. Stannard was 0 for 4, grounding into an inning-ending double play in the third inning, and striking out twice. It was the first time he had multiple at-bats in a game in a month.

Stannard's box score on Friday wasn't pretty, but the Williams coach said he's been pleased with his first-year's progress.

Stannard played infield positions at Taconic, but at Williams he's been in the outfield. He was in left field on Friday and even with tricky wind currents, was solid out there.

The former Taconic player never played the outfield in high school, in fact, didn't play it at all until he got to Williams.

"I'd say the outfield has definitely been an adjustment, but it's been fun," Stannard said after the game Friday. "Hitting at this level is obviously a little more difficult, but it's been a good time."

In the game, Williams actually struck first with two runs in the bottom of the second inning. Billy Shea, who went 3 for 4 with two runs batted in, drove in David Driscoll with an RBI double inside the bag at first. Shea took third on a ground out and scored on a wild pitch by Amherst starter Nick Giattino.

Amherst took the lead with four runs in the third on three hits, and made it 5-2 on a sacrifice fly by Christian Fagnant.

Williams tied the game with three in the fifth, on two hits. The key blow in that frame was an opposite-field, two-run home run over the wall in right by first-year catcher Henry Juan. The homer, his first college round-tripper, plated Jakob Cohn ahead of him. Juan was 3 for 5 with two runs scored and three RBI.

That was the good news for the Ephs. The bad news was that the Mammoths outscored Williams 11-2 over the final four innings.

"We changed our rotation around a little bit. Nick Giattino has been our best guy all year, so we said we were going to slide him to the front," Amherst coach J.P. Pyne said of the reigning NESCAC rookie of the year. "This was not his best performance, but it was gritty, gutty and gave us a chance to win. Only using two pitchers going into tomorrow, we feel really good."