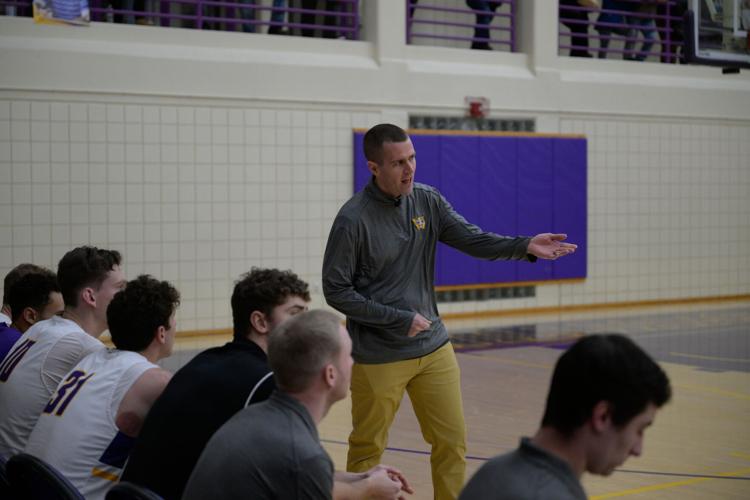 Williams College coach Kevin App talks to his bench during Saturday's game against Middlebury. The Ephs slid to No. 10 in this week's D3hoops.com national Top 25. 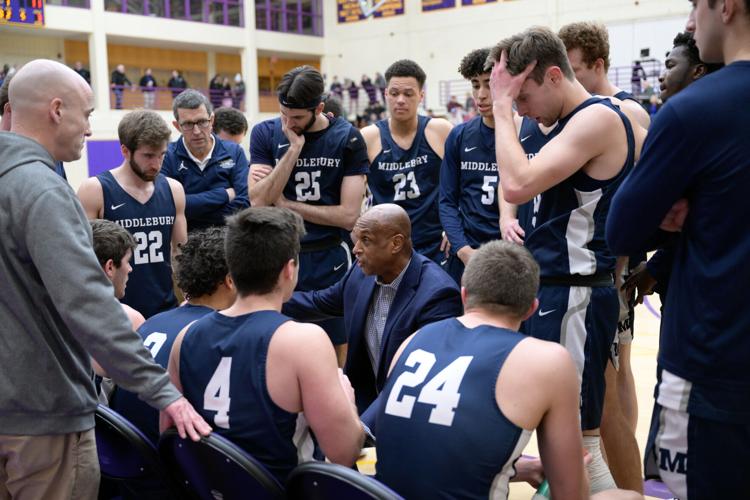 Middlebury coach Jeff Brown's Panthers are now the No. 5 team in the D3hoops.com Top 25.

Williams, 60-55 losers to Middlebury in Saturday’s battle of Top 15 teams, dropped this week from sixth to 10th.

The Panthers, meanwhile, used that win and an earlier victory over then fourth-ranked Keene State, to improve from 11th to fifth.

Middlebury was ranked 14th in the preseason poll, got as high as eighth until losing at Hamilton on Jan.