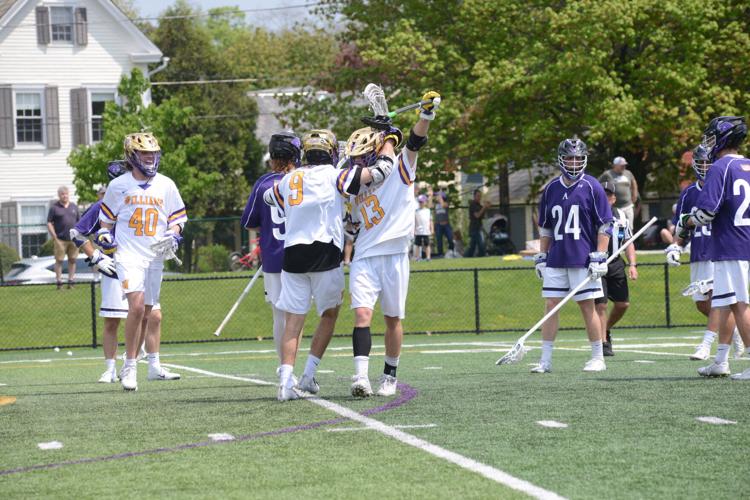 The Ephs got their season underway with a road win over the weekend at Trinity. Williams entered the season as the preseason No. 11 team in the Inside Lacrosse Top 20. The Ephs host No. 12 Union in the home opener on Thursday. 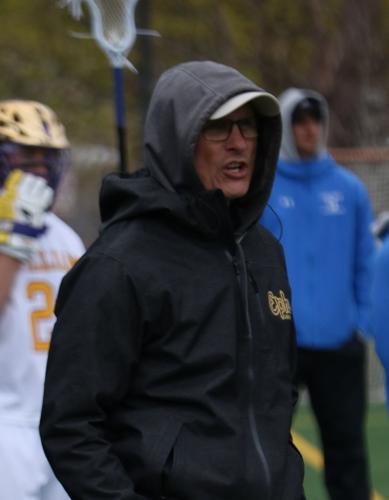 Williams men's lacrosse coach George McCormack will lead his nationally-ranked Ephs into the 2022 season. Williams will play at Trinity on Saturday, and will host No. 12 Union on Wednesday.

For 2022, head coach George McCormack and the Ephs will play a full schedule. The veteran coach, who took over the reins in 2003, said he and his team are more than ready to get started.

“We are very excited, because we have kind of been on hold for a while as far as being a full team,” said McCormack, who was the NESCAC coach of the year in 2021, his second honor in as many seasons. “We have everybody back. We had an intrasquad scrimmage and we just scrimmaged Saint Lawrence and Hamilton. We feel like we’re in a good place right now, as far as being back into the normal routines of being teammates and practicing.”

The Ephs opened 2022 with a 9-5 win on the road at Trinity. Sophomore Calvin Caputo led the Ephs with three goals. Jake Haase had two goals and an assist.

Williams entered the season as the preseason No. 11 team in the Inside Lacrosse Top 20. As Williams headed into its opener Saturday at Trinity, McCormack’s squad was ranked 16th by Inside Lacrosse.

The United States Intercollegiate Lacrosse Association Top 20 has Williams currently as the No. 9 team in the nation. The Ephs were the preseason No. 10 in the USILA poll.

“I think everybody wants to be considered a strong program. We don’t put a lot of stock into [the rankings],” McCormack said. “It’s just a starting point. It’s nice to be recognized, but the only rankings that matter are the last ones.”

In 2021, Williams went 4-0 in the regular season, but lost to Tufts 18-11 in the NESCAC championship game played in Williamstown. The Jumbos outscored Williams 8-2 in the fourth quarter to win the title. Tufts went onto the NCAA Division III tournament, and bowed in the national semifinal to eventual champion RIT.

Williams enters the season needing to replace a pair of All-NESCAC, first-team selections in long-stick midfielder Brian Greenstein and goaltender Harry Gahegan. Also lost to graduation was second-team attack Cory Lund, who led the Ephs with 17 goals in the pandemic-impacted, five-game season.

It is however, nice to have the reigning NESCAC Rookie of the Year on the roster. Sophomore Pearse Glavin was the No. 2 scorer with 11 goals and 10 assists. He was second on the team in assists to now-senior attack Haase. Haase was the Rookie of the Year back in 2019. In that season, Williams had opened 4-0 in 2020, and seemed poised to make a long run in the NCAA Division III tournament. Haase had 4 goals and 13 assists before the season was stopped. Haase is also back this year.

Glavin, who started all five games for Williams in 2021, ranked fifth among the assist leaders in the NESCAC with 10 in his first collegiate season. He added 11 goals on the year to finish second among the Ephs in scoring with 21 points and was third on the squad in ground balls (13).

Four of the top six scorers from 2021 return. Along with Glavin, Cal Ewanowich (6 goals, 8 assists), Zach Romrell (7 goals, 4 assists) and Tim Saffold (7 goals, 2 assists) are back for the Ephs.

Replacing Gahegan will be a big task for the Ephs. He played all but six minutes in the five games last year. Matt Freitas played those minutes, and Freitas is back. Also challenging for time in goal is first-year Matt Wetmore.

The Ephs have a challenging schedule as well.

Williams will play its home opener today at 5 p.m. against 12th-ranked Union at Farley-Lamb Field. On March 30, Williams will take its annual trip out of the region and will end up in Newport News, Va., for a contest against fifth-ranked Christopher Newport.

Williams will host Tufts on April 6 and Wesleyan on April 23, while playing at Amherst on April 16.

The pot of gold at the end of the Division III rainbow is the national championship in Hartford in May.