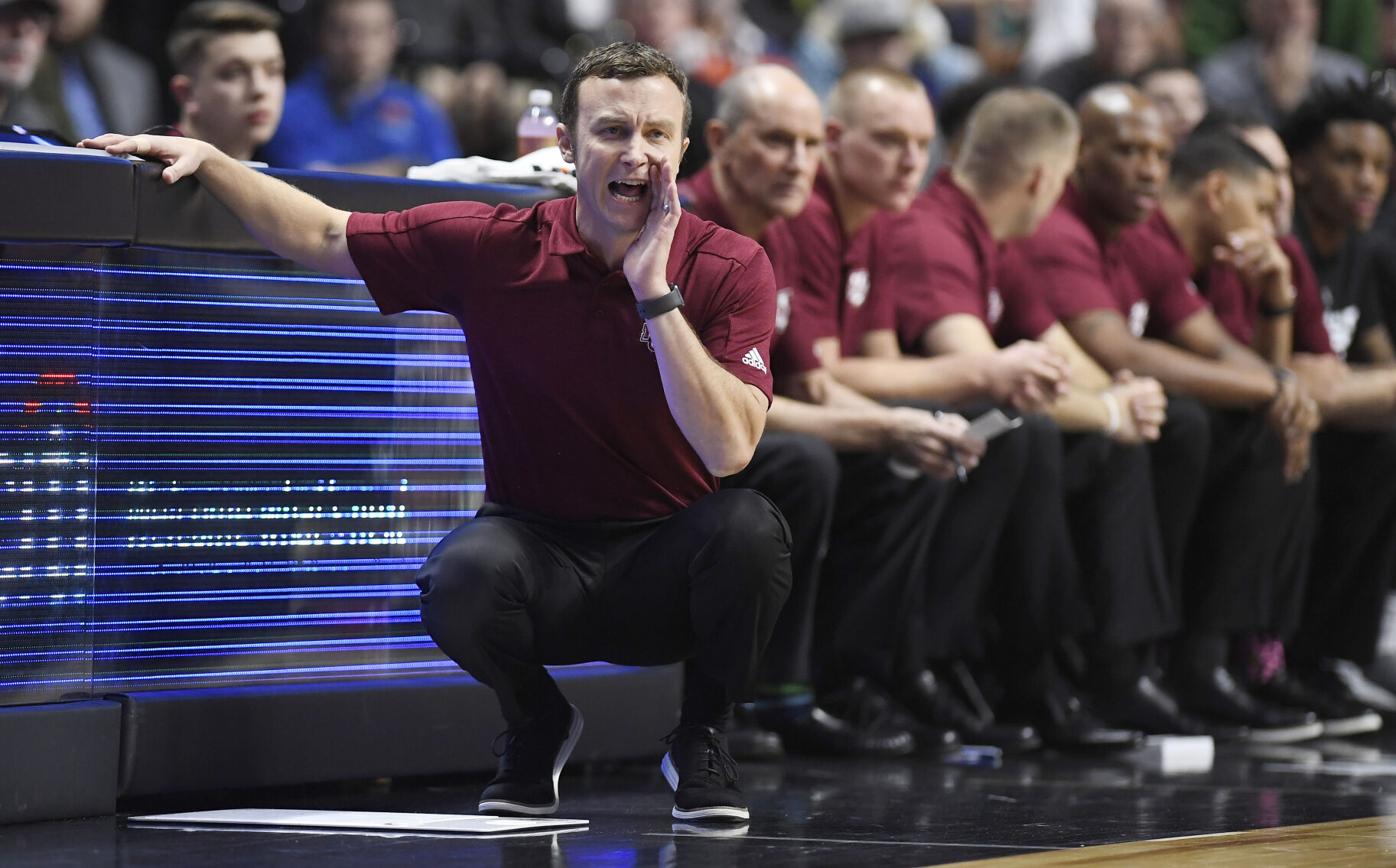 UMass coach Matt McCall has his team back on campus, as they prepare for the Nov. 9 opener at home against UMBC. 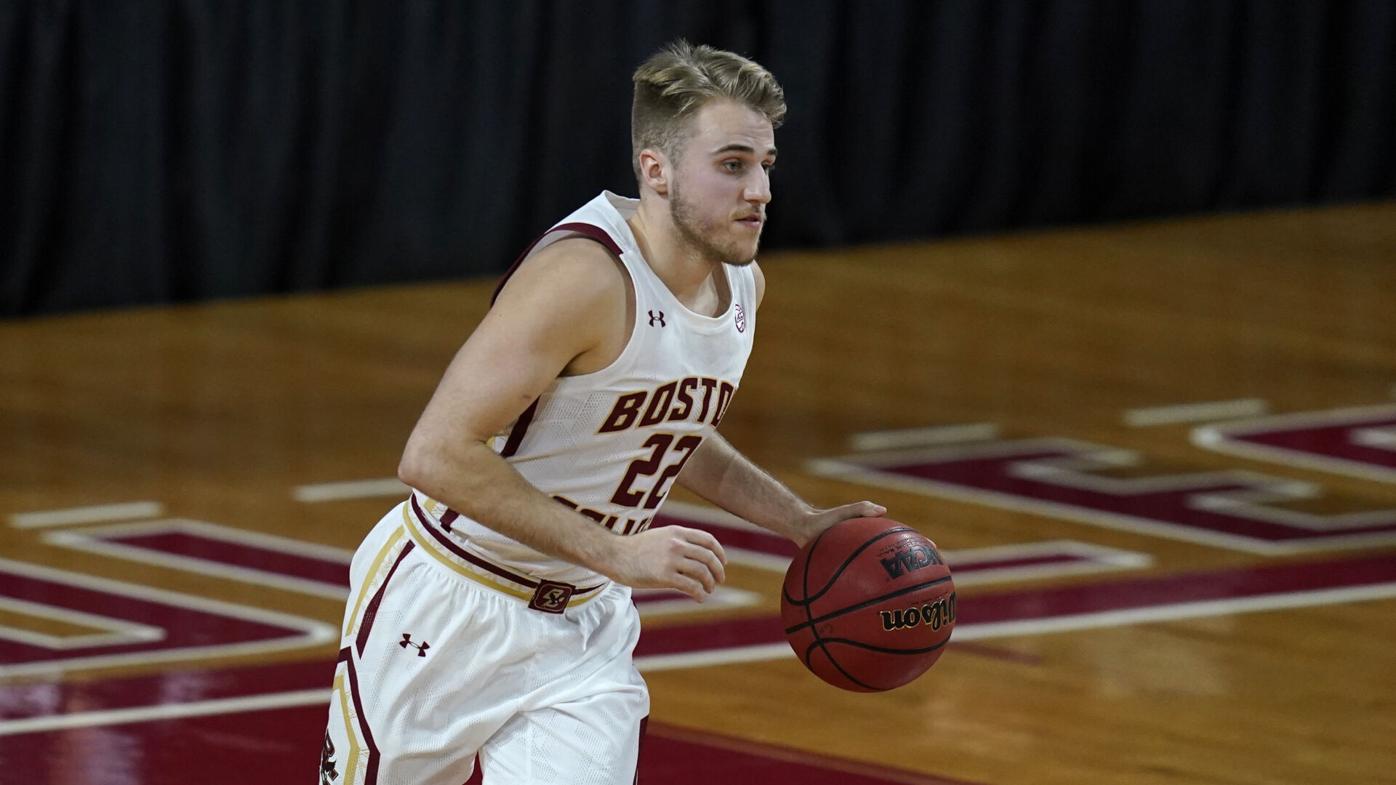 As University of Massachusetts men's basketball coach Matt McCall and his staff get ready to kick fall practice into high gear, the fourth-year coach had a chance to look back on a "more normal" summer season.

McCall and his staff had a chance to get out and about for the first time in two seasons. And while McCall did not get out as much has he has in the past — due to the birth of son Maverick — he said it did feel like things were better.

Howard Herman | Designated Hitter: The good and the bad from a week in UMass basketball

"I wasn't able to recruit every single weekend because my wife was due. But being in the gym, watching guys play, it was refreshing. We hadn't been able to do that," he said. "Going to events and watching kids and evaluating them. The other thing is seeing other coaches that you have relationships with and talking basketball.

"It was great just to be able to go back out."

McCall's Minutemen spent part of the summer working out in the Champions Center and then went home before the start of school. Players and coaches will be able to work together in limited capacities before fall practice begins in mid-October.

UMass, meanwhile, announced its non-conference schedule for the 2021-22 season. UMass will open its season at home against UMBC on Tuesday, Nov. 9.

The Atlantic 10 announced its conference schedule as well. UMass will open league play on Thursday, Dec. 30, when Saint Louis visits the Mullins Center.

After the Thursday opener against the Billikens, the Minutemen have a pretty favorable schedule for fans. Five of the final eight home games are set for Saturdays, one is on Sunday and two are on Wednesdays.

UMass has seven home games in its 13-game, non-conference schedule, only two road games, and four games on neutral sites.

Playing UMBC in the opener ends a streak of four consecutive seasons (2016-2019) where UMass opened up against UMass Lowell. Never fear however, the Sons of Pat Duquette will play in Amherst on Wednesday, Nov. 24 in a Thanksgiving-eve contest. The game time is not set.

UMass has 13 non-conference games scheduled. Seven of them are slated to be played at home at the Mullins Center. Those games include games against Big Ten schools Penn State and Rutgers on Monday, Nov. 15, and Saturday, Nov. 27, respectively.

The Minutemen will host Harvard on Dec. 4, and travel to Northeastern on Dec. 7, for an annual Boston trip.

There is also a tournament on the schedule, the Jersey Mike's Classic which was moved from Jamaica to St. Petersburg, Fla. The tourney will run from Nov. 18-21, and will have Ball State, Florida International, UNC-Greensboro, Wisconsin-Green Bay and Weber State along with UMass.

It will most certainly be a different team than the one that went 8-7 and won a game in the Atlantic 10 Conference postseason tournament for the first time since 2018.

Gone are center Tre Mitchell, forward Ronnie DeGray III and guard Carl Pierre. All entered the transfer portal, with Mitchell ending up at Texas, DeGray at Missouri and Pierre at Rice. The Minutemen brought in five newcomers, all via the transfer portal. Two are Graduate Students, one is listed as a senior and two are listed as juniors.

"We approached the summer, we wanted to be aggressive is the right term. When I say that, sometimes in the summertime you do a little more individual instruction, it's a little more lax in terms of not competing," McCall said. "We competed every single day almost for six weeks. We went three days a week out on the floor, and we were playing five-on-five, four-on-four, almost every single day."

McCall said that over the summer, the coaching staff emphasized defense. UMass led the Atlantic 10 in scoring at 76.73 points per game, just ahead of Saint Louis (75.0) and Richmond (74.65). The Minutemen were 12th in the league in defense, giving up 73 points a game. That's almost 12 points more per game than league-leader St. Bonaventure (61.1).

Just when you thought Matt McCall had apparently locked down his University of Massachusetts men’s basketball roster for the 2020-21 season, s…

"We're really harping and working on our defensive principles, our pick-and-roll coverages, our half-court defense, our transition defense," McCall said. "That has been a huge focus for us [in the summer]. What are we doing defensively? How are we guarding certain things, and building in our principles. That was the goal. We wanted them to know our main continuity on offense and our defensive principles have been implemented. That was the goal because we've got to get better there.

The players, coaches and staff are 100-percent vaccinated against COVID-19. The University of Massachusetts is requiring students, faculty and staff to be vaccinated. So, to say that the UMass players have been vaccinated is expected. But McCall said that it does signal something positive.

"We're in a really good place culturally. It also tells me, and I've said this to our team, it shows they want to be here," the coach said. "It was easy to say I'm not getting the vaccine and maybe I could go to another school that's not requiring us to get it. It shows me that they want to be here.

"I told our team that, and I'm proud of them for that."