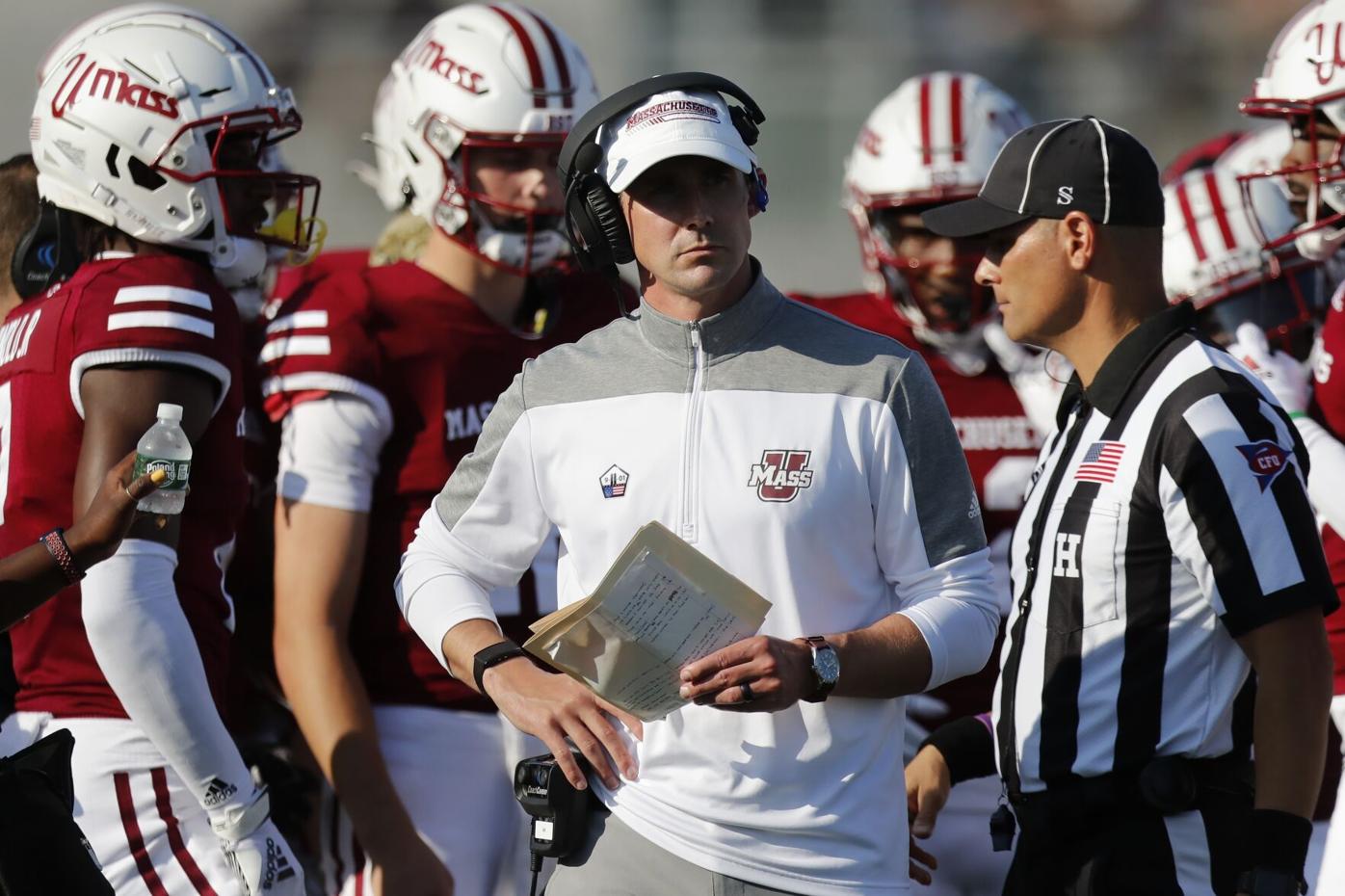 UMass head coach Walt Bell is taking his team south for the weekend. The Minutemen will play at Florida State on Saturday, a place where Bell was once an assistant coach. 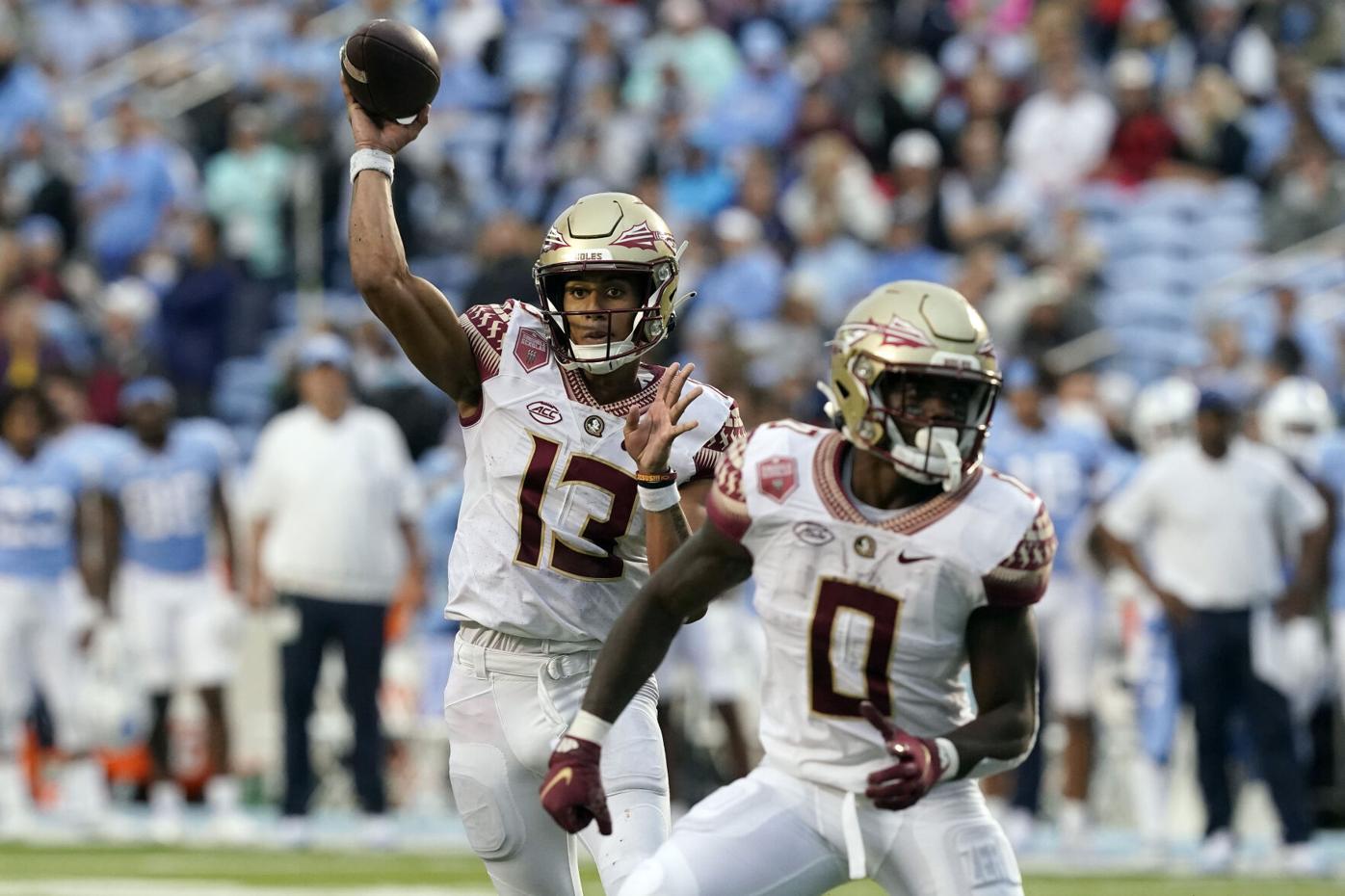 Florida State's dual-threat quarterback Jordan Travis (13) is going present quite a challenge to the UMass defense on Saturday. 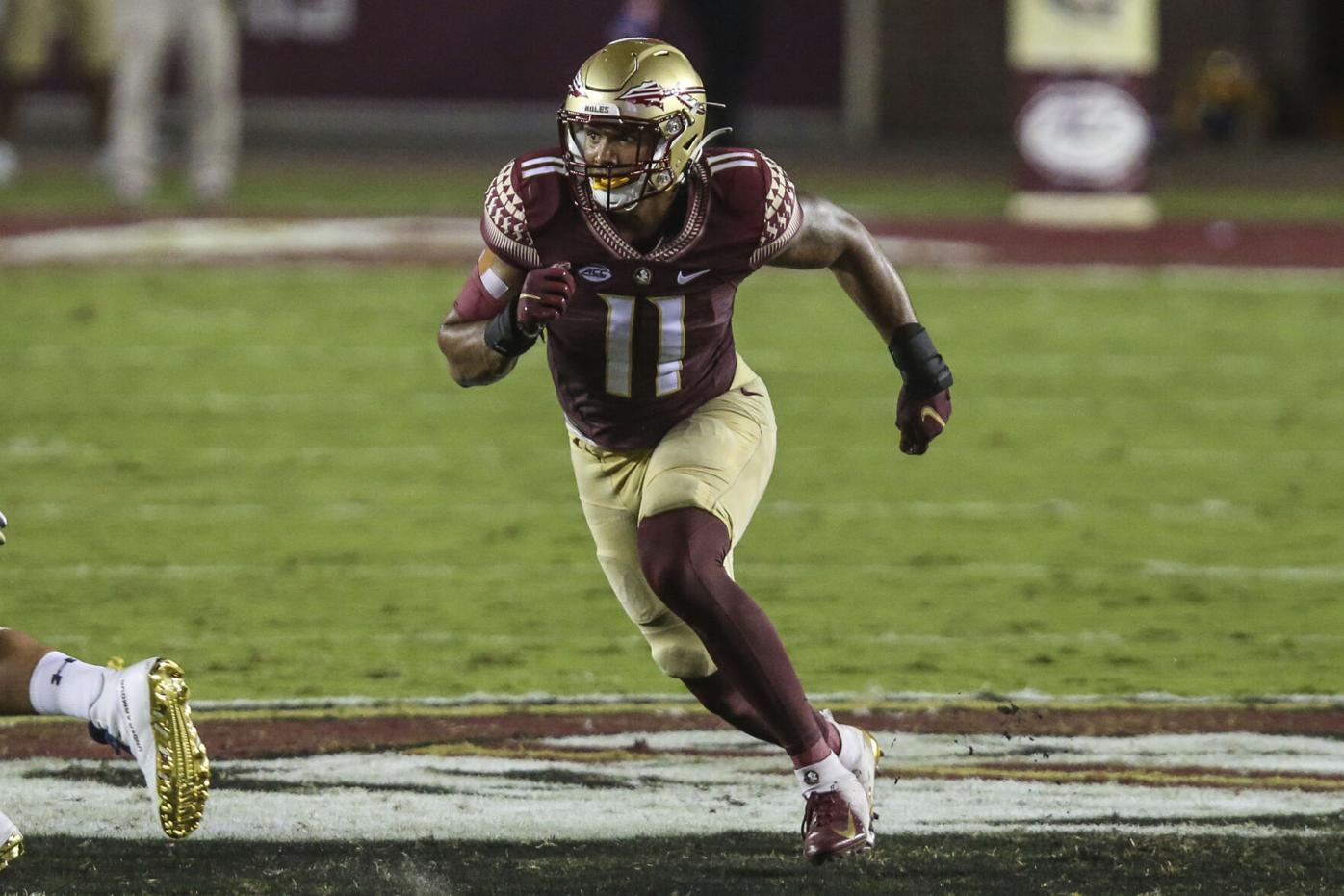 Florida State defensive end Jermaine Johnson II (11) will try to cause havoc to the UMass offense on Saturday.

UMass head coach Walt Bell is taking his team south for the weekend. The Minutemen will play at Florida State on Saturday, a place where Bell was once an assistant coach.

Florida State's dual-threat quarterback Jordan Travis (13) is going present quite a challenge to the UMass defense on Saturday.

Florida State defensive end Jermaine Johnson II (11) will try to cause havoc to the UMass offense on Saturday.

AMHERST — The bye week is now in the rearview mirror for the University of Massachusetts football team.

The Minutemen, who beat UConn 27-13 on Oct. 9, are back at it this week and are bound for the Florida panhandle to take on one-time ACC powerhouse Florida State.

"It was a good breather. We needed it, obviously after five weeks of fall camp and six weeks of a season, it came at a good time for us," UMass coach Walt Bell said, during a video conference with reporters earlier in the week. "We've had some guys that were playing, were playing beat up a little bit. It was good to get those guys to take a little bit of a load off their bodies."

Bell said the team got working on Florida State when they returned to full practice on Sunday. The third-year head coach also said that there was a little more pep in their step.

"I would say yeah. The bangs and the bruises and the bumps don't hurt as much. Winning helps a lot of our ailments," he said. "Even some of the various sports psychologists in the world will say there's no such thing as great team chemistry, winning creates team chemistry. Things have been really good, but our kids needed the bye week. They needed a mental and physical breather."

For Bell, this is an opportunity to renew some old acquaintances. The UMass coach spent one season as offensive coordinator under former coach Willie Taggart at Florida State.

Kickoff for Homecoming in Tallahassee is set for noon. The game will be broadcast by the ACC Network.

The Minutemen are still bruised up. Heading into Saturday's game, Bell said that offensive tackle Max Longman was possibly a game-time decision. While Colorado transfer Tyler Lytle is still not ready to play, he was wearing a helmet at practice on Wednesday, so he might be getting nearer to seeing the field. Bell wouldn't speculate on when Lytle would return but did say that if the quarterback were going to miss the season, he would have said so.

Playing the Seminoles might not be as wonderful as visiting Bobby Bowden Field at Doak Campbell Stadium.

Coach Mike Norvell's team is 2-4 and 2-2 in the ACC. The Seminoles started their season with four straight losses, including a 20-17 loss at home to Division I-FCS Jacksonville State. In that game, the visitors scored 13 points in the fourth quarter to stun FSU.

But since then, Florida State has beaten Syracuse and beat North Carolina two weeks ago, while Bell and his team got to watch on television.

"Offensively, they're really starting to settle into who they are. They're playing better up front," Bell said when asked to scout the Seminoles. "[Quarterback] Jordan Travis is a really dynamic athlete. He's continuing to improve as a passer. I think all the backs, they rotate them, are good players."

Travis is a redshirt sophomore who transferred to Florida State from ACC rival Louisville. He is the first-ever Florida State quarterback to have consecutive 100-yard rushing games. He accounted for all five touchdowns in the win over North Carolina, throwing for three and running for two others. In his last three games, Travis had thrown seven touchdown passes but has only been intercepted twice. In fact, after being picked off three times in a season-opening loss to Notre Dame, he has been intercepted only twice since then.

During his media session, Bell was asked about facing dual-threat quarterbacks in consecutive Saturdays. After Travis, the Minutemen will go to Liberty and face potential first-round draft pick Malik Willis.

"We've played some pretty good ones this year. We had Kenny Pickett [of Pittsburgh] who's working himself into a first-round draft pick. If [Boston College's Phil] Jurkovec doesn't get hurt in our game, he's probably a third-round or better guy," Bell said. "Now we have Jordan Travis, who's a little bit on fire and then we've got Malik Willis. We've had a hell of a run of quarterbacks here. From a plan standpoint, every week is its own. There's a big difference between Coach Norvell and how he runs his offense and [Liberty coach Hugh Freese] and how he runs his. From a state-of-the-game standpoint, there's probably not a better week-to-week comparison between Jordan Travis and Malik Willis from an athleticism standpoint."

Defensively, the UMass offense is going to have its hands full with defensive end Jermaine Johnson II. Johnson, a 6-foot-5, 262-pound lineman, is a semifinalist for the Lombardi Award which is given to the best Division I lineman. He has 44 tackles and seven sacks and is quite a disruptor.

Norvell is in his second season at Florida State, arriving in Tallahassee from Memphis, where he built the Tigers into a power in the American Athletic Conference. It has been slow going for the Seminoles, who were 3-6 in Norvell's first season. The Seminoles, like UMass, are coming off an open week on the schedule.

"There's been a lot of self-evaluation through the course of the season each week. That happens with times that you actually have success and also probably more magnified in the times of coming up short or failures," Norvell said during a press conference with FSU writers. "We took [the bye] as a big picture, overview of where we are halfway through the season. There's been a lot of that work and I think we've done a good job as a staff, and I see us getting better week in and week out.

"In these last two and a half games, I like the growth that I'm seeing. I like the steps that we're taking."