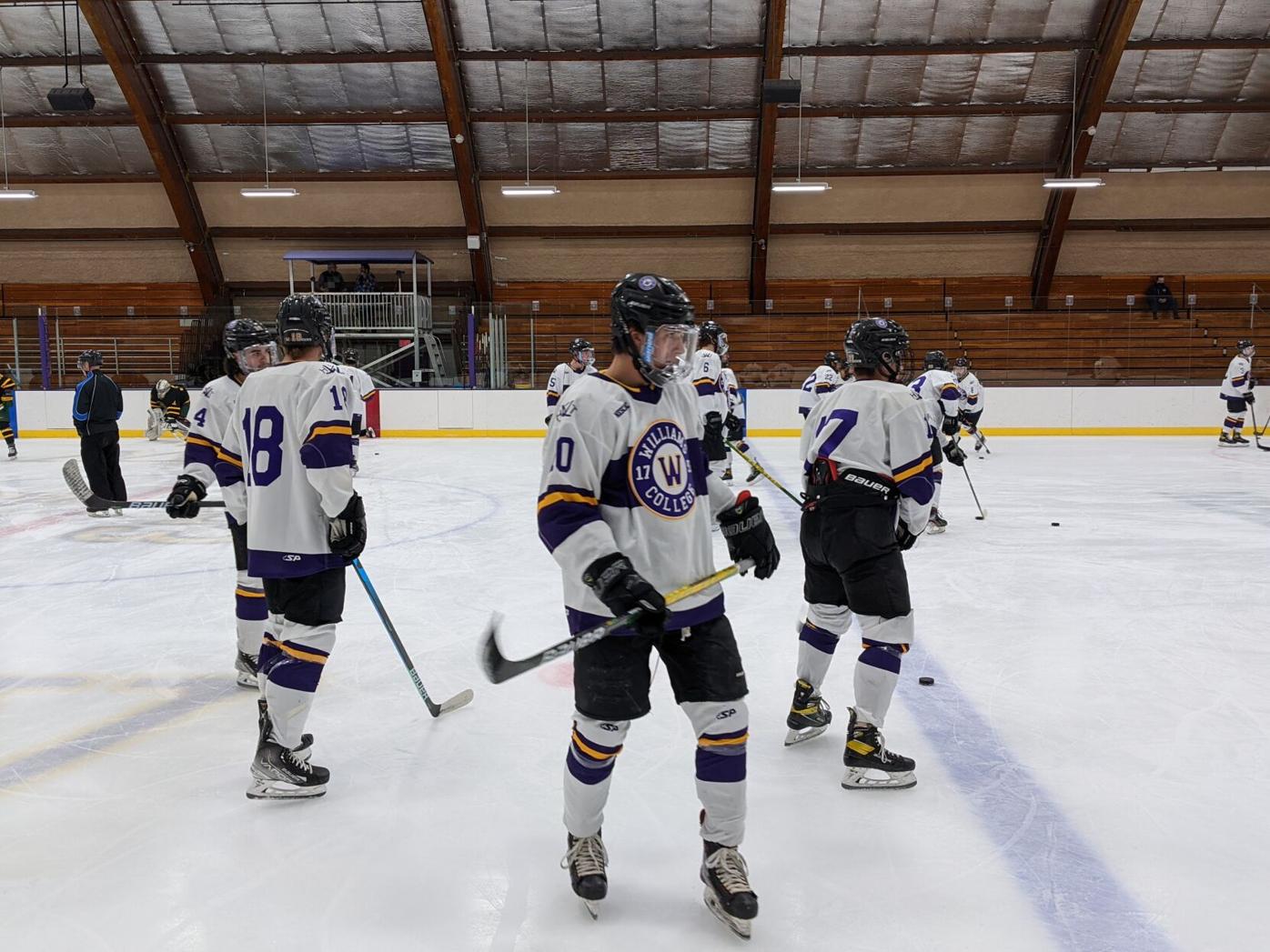 The Williams College hockey teams are rested and ready to attack the second semester. 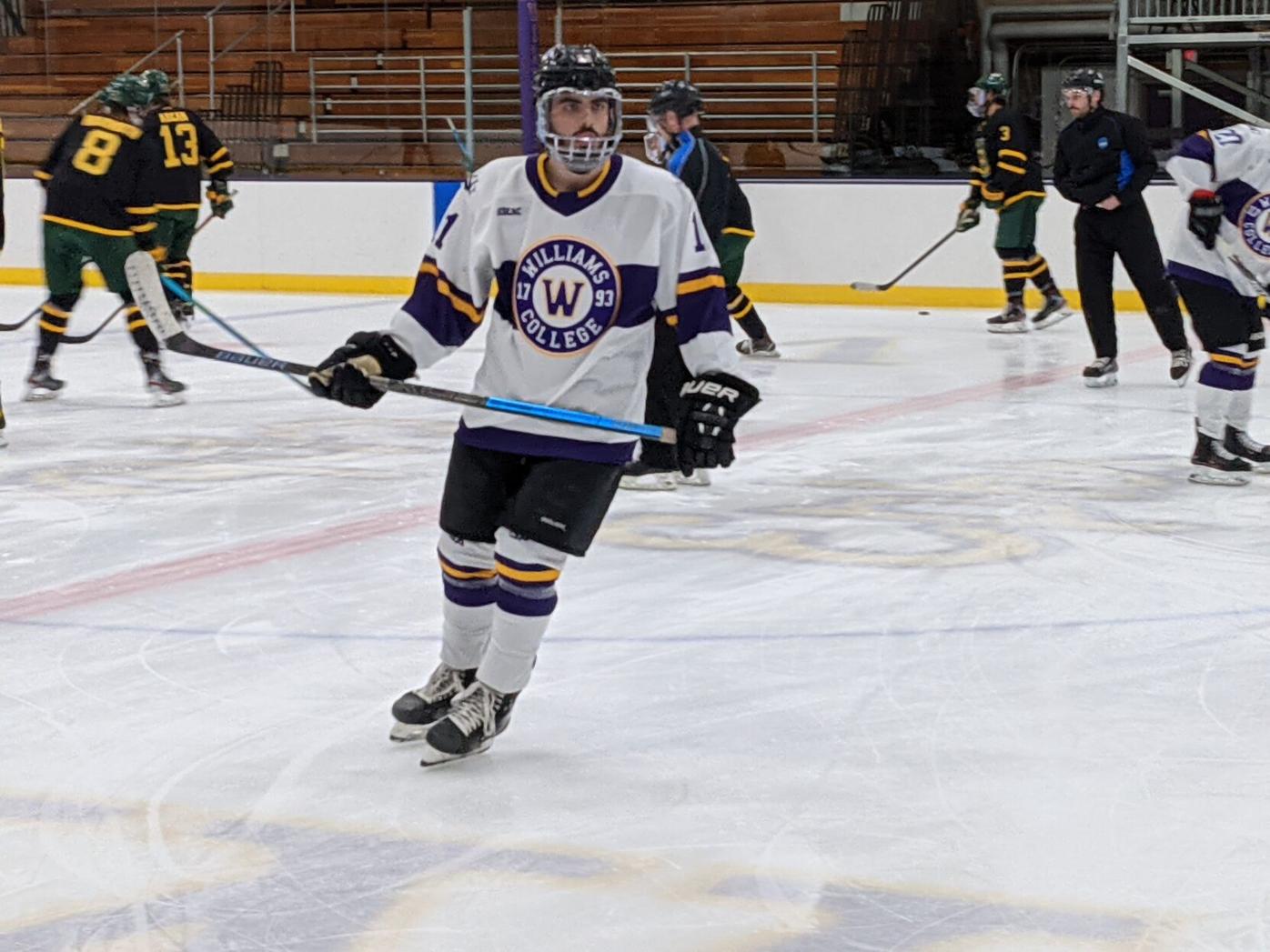 Williams scored first on Sunday, but couldn't hold off the Oswego State rush. 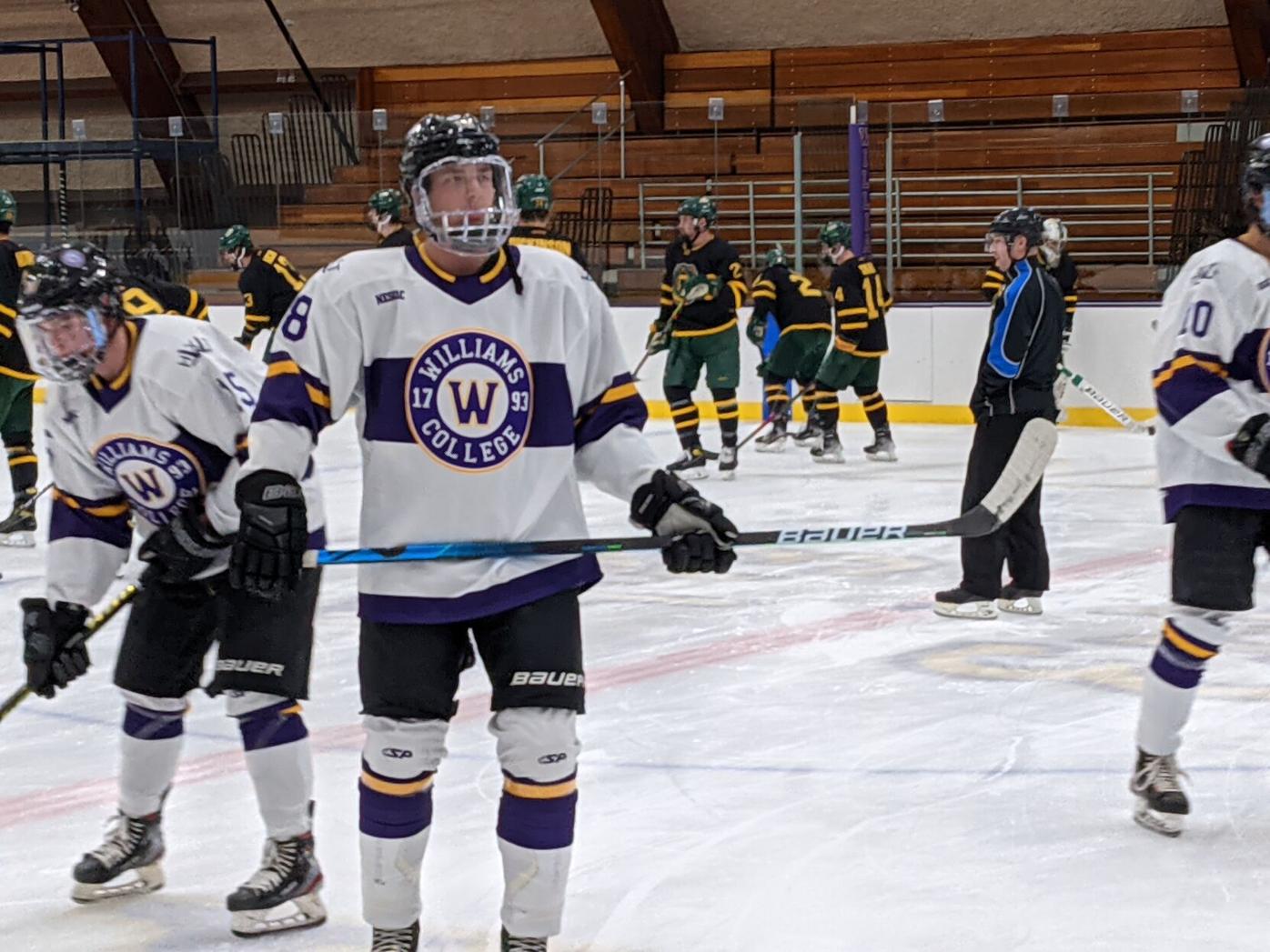 WILLIAMSTOWN — The first weekend of men’s hockey games at Williams College in more than two years might not have gone the way coach Bill Kangas and his players would have wanted. But there is still much that can be gleaned from an 0-2 weekend.

“It’s early in the year, and even though we played last weekend after 650 days, we have a lot of new players that are playing their first college games,” said Kangas. “We had 15 guys tonight who were playing in their first games. It’s a good experience for those guys.

“It’s a long year, and as I told the guys at the beginning, we talked about it’s a journey, it’s a process and we have to work on trying to get better every day.”

The Ephs played Oswego State for the second time in as many days Sunday afternoon, and while the Ephs scored first for the first time in the weekend, the Lakers scored three unanswered goals in a 3-1 win.

Travis Broughman’s power-play goal late in the second period broke the tie and helped the Lakers (5-3-1) earn a big weekend sweep of the Ephs (2-2).

The power play was an issue all weekend. Oswego, 3-0 winners on Saturday night, scored six goals against Williams. Four of them were on the power play, one was an empty-net goal on Saturday night, and one of Sunday’s goals came at even strength as the Ephs were about to be whistled off for another penalty. It was a 6-on-5 situation.

“Now, we’ll get back and spend a whole week on special teams,” Kangas said. “Work on our power play, obviously work on our kill, so we can get better at that. We’ll watch a lot of video, which is good.”

Williams took a first-period lead for the first time in 2021 when two of the Eph newcomers combined for the tally. Jacob Monroe, a sophomore, scored his first college goal at 6 minutes and 16 seconds, off a setup by first-year Jack Sabre.

Monroe and Sabre are part of those 16 players in purple, gold and white making their college debuts this season. Williams has 10 sophomores on the roster, but none of them played their first seasons because NESCAC had canceled the 2020-21 season because of the COVID-19 pandemic.

The first of those power-play goals came with under a minute left in the first period. Williams’ Niko Karamanis blocked Tyler Antonucci’s blast from the point. The puck skidded to Jackson Arcan, who tucked it behind first-year goalie Cal Sandquist, to tie the score.

Sandquist, making his first college start, stood tall in the second period with 11 saves. He just couldn’t get the 12th.

Ten seconds into a tripping call against Eph defenseman Ben Lawrick, Travis Broughman deflected a shot from Ryan Dickinson past Sandquist, making it 2-1 at 18:31 of the second. Dickinson is one of four Division I transfers playing for the Lakers. Dickinson started his college career at Ohio State, while Troy Robillard played at Alaska Anchorage and the duo of Garrett Clegg and Quinn Warmuth moved to Oswego after Robert Morris dropped hockey.

In fact, it was Clegg who scored the insurance goal at 4:04 of the third period.

The score might not have made Kangas and his team happy, but the veteran coach said he was very pleased with the performance of the first-year keeper from Evergreen, Colo. Evan Ruschil, who was the reigning NESCAC player of the week after shutting out Colby and Bowdoin last week, gave up two goals in Friday’s 3-0 loss. He got the day off and Sandquist got the start.

“He played great. We’re real happy about that,” Kangas said. “He’s going to be a great college goalie. We’re excited he’s here. He did a really good job, especially for his first college start.”

Williams will spend much of the week practicing in preparation for NESCAC home games this weekend against Connecticut College and Tufts, Friday night and Saturday afternoon, respectively. Those are the first of four straight conference games played in the friendly confines of Lansing Chapman Rink.

“It’s two weeks before break,” he said, “so we have to make our mark this weekend.”