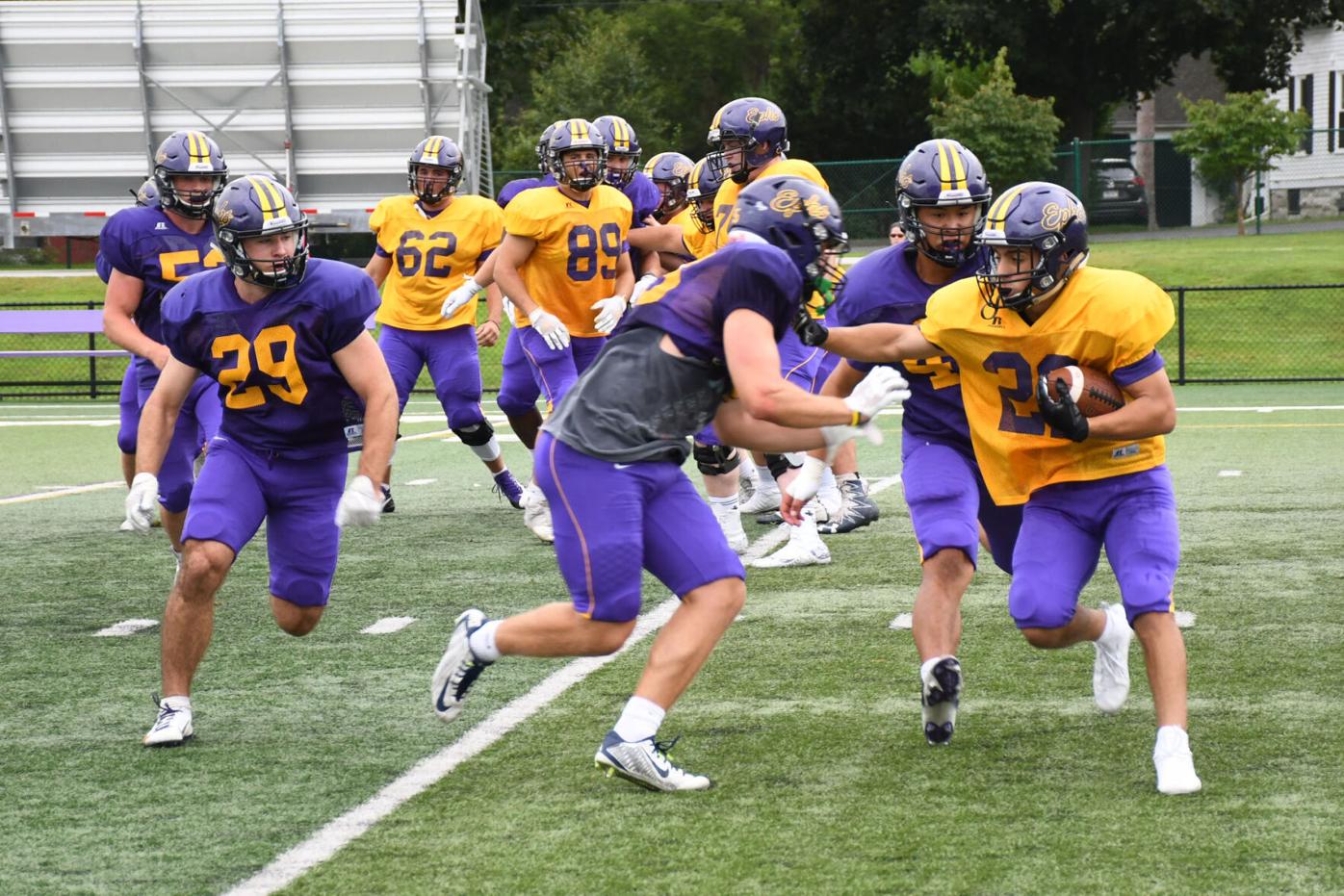 The Williams College football team does a drill during practice on Wednesday at at Farley-Lamb Field in Williamstown. The team did not play last year because of COVID so the team hasn't played since the 2019 season. 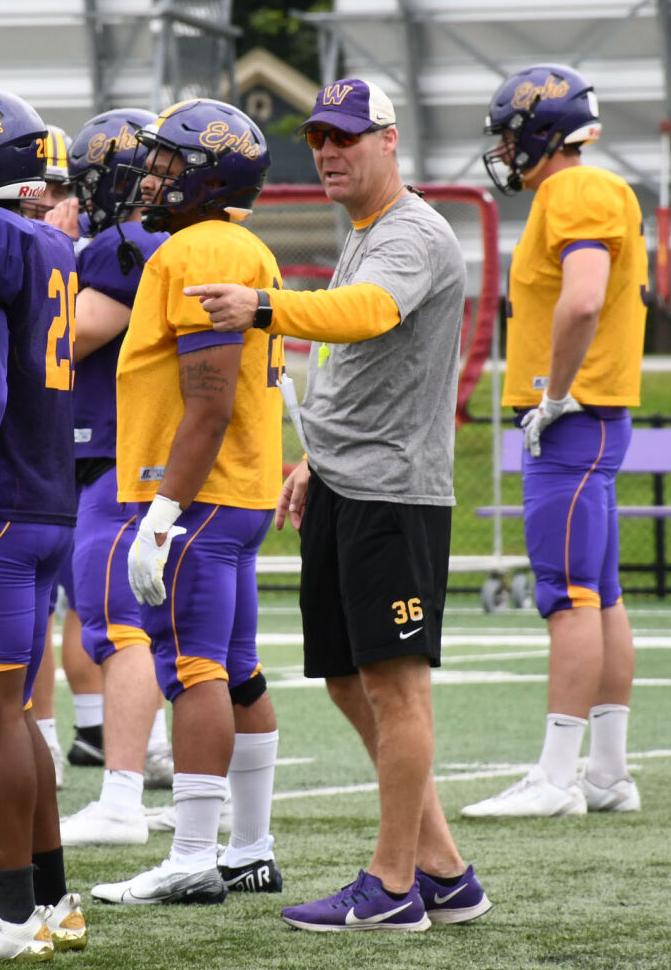 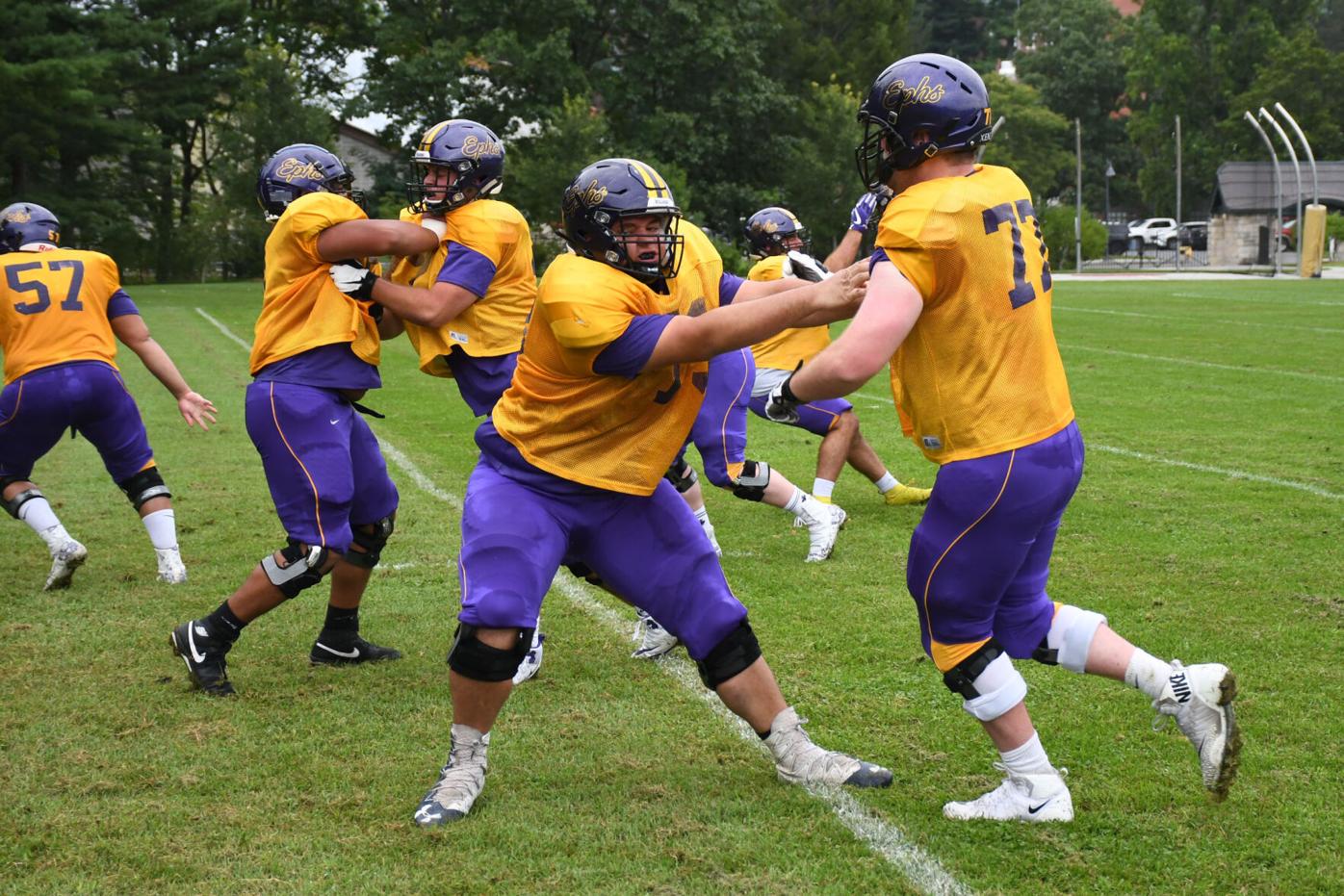 The Williams College football team does a drill during practice. 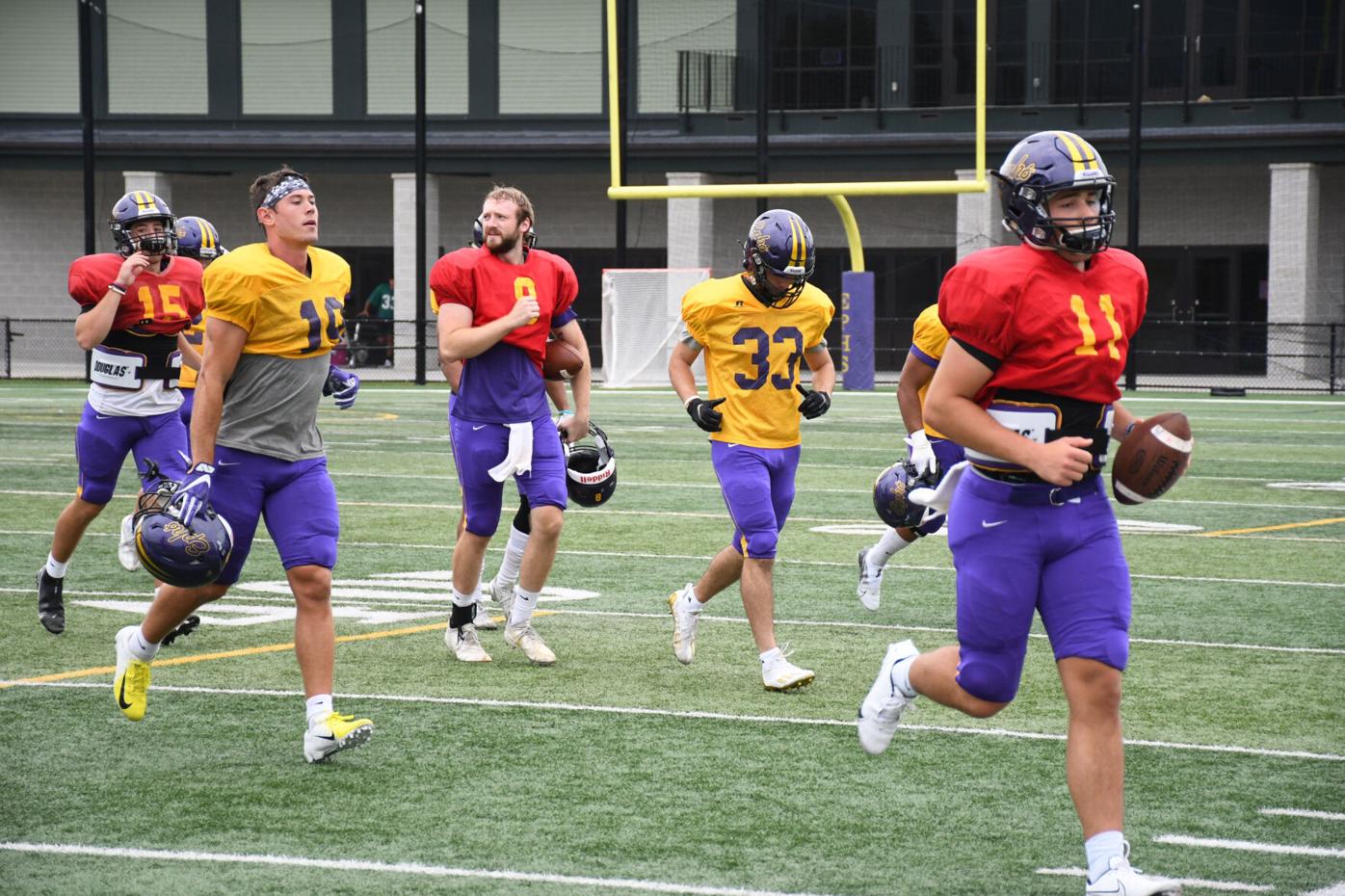 The Williams College football team takes a break between drills during practice on Wednesday at at Farley-Lamb Field in Williamstown. The team did not play last year because of COVID so the team hasn't played since the 2019 season.

The Williams College football team does a drill during practice on Wednesday at at Farley-Lamb Field in Williamstown. The team did not play last year because of COVID so the team hasn't played since the 2019 season.

The Williams College football team does a drill during practice.

The Williams College football team takes a break between drills during practice on Wednesday at at Farley-Lamb Field in Williamstown. The team did not play last year because of COVID so the team hasn't played since the 2019 season.

Ephs back rocking and rolling at Farley-Lamb

WILLIAMSTOWN — Rap and rock music echoed across the turf at Farley-Lamb Field Wednesday morning, and was mixed with the sounds of popping pads.

After all, isn’t that how a football practice is supposed to sound?

“It’s awesome to be back,” Williams wide receiver Frank Stola said. “We have two new classes of guys, a freshman class last year that wasn’t able to put on the pads and now they are. It’s great being with everybody in the locker room again.

The 84 Ephs have been practicing since last Thursday under the watchful eye of head coach Mark Raymond and his staff.

“It’s absolutely incredible” to be back, linebacker Jarrett Wesner said after practice. “It’s kind of surreal seeing sunny blue skies [in California] and then coming back into a hurricane. You can smell the East Coast thickness of the forest. It feels like home.”

And to be back on the field?

“We all took a year-and-a-half to mentally decompress and think about what we were missing,” Wesner said. “To be back with everybody is indescribable, especially with this team. Our focus and our determination to get back on the field is slowly starting to improve throughout camp.

“We’re excited to get things rocking and rolling.”

The Ephs are currently practicing in the morning, which they have historically done until school starts. Once classes begin on Sept. 9, Raymond and his staff will move practices to 4 p.m.

The nine-week Williams football season begins in a little more than two weeks. Middlebury will visit Williamstown on Saturday, Sept. 18. Four of Williams’ next five games are road contests, before the Ephs return home to face Trinity and Little Three rival Wesleyan. The season finale is Nov. 13, at Amherst.

Bobby Maimaron, the Ephs’ starting quarterback for the fourth time, was among those happy to be back and working to get ready for Sept. 18.

“It’s something that we got a little taste of in the spring for the guys that were around here. We had a couple of practices, but it wasn’t anything like training-camp speed,” said Maimaron, “and we’ve got Middlebury in a couple of weeks here.”

A large group of upperclassmen, like Stola, Rothmann, Wesner and Maimaron, took time off in 2020. The members of Raymond’s first recruiting class wanted one more year together.

For Maimaron, being back on a football field was a good feeling.

“It was tough” being away from the game for a year, the senior from Duxbury said. “Coach Ray focused on it today, talking about how we have a purpose here. It kind of felt like I didn’t really have a purpose in the last year, not much to focus on and not much to work toward. After we got back here in the spring, worked hard in the weight room all spring and got out here for practices, we’re trying to find that purpose.”

Rothmann said that he split semesters between being home and being in Williamstown.

“I got a taste of both,” he said. “Even when I was home, I came back here on weekends when I could. We stayed together for sure.”

Without games and full team practices, it wasn’t always easy, but Rothmann said that the team did a lot of football during the pandemic.

“I feel like the whole team did a lot,” he said. “The position groups would meet once a week. We had team meetings every couple of months. We really got in our playbooks, so we were able to hit the ground running here which is good.”

Earlier in the week, Raymond said that these were the most players he has had since taking over as the Williams head coach in 2016. Raymond also said that because of roster backups due to players taking a year off because of the COVID-19 pandemic, he and his staff won’t have to make any cuts. The Williams coaches will have to make up a smaller, 60-player travel roster, but that is normal in NESCAC.

Stola smiled when he was asked about the size of the roster and the fact that there are, in essence, two groups of first-years on the roster. Those who were recruited to come in for the 2020 season and those who came in this fall make up the large group of first-year players on the roster. So, did it make Stola feel old?

“Especially because a lot of us are fifth-years now. It does make me feel old sometimes. I have a little brother who’s as old as these freshmen. It’s strange,” Stola said. “We’re really focused on getting the culture right around here, a winning culture to be specific. I think that’s what’s happening.”

The Williams College Football Team practices for the 2021 season. Because of the pandemic this is the first time they will have played since 2019.

The Ephs are set to return to action on Farley-Lamb Field this weekend. Williams hosts Middlebury in the season opener Saturday at 2 p.m.