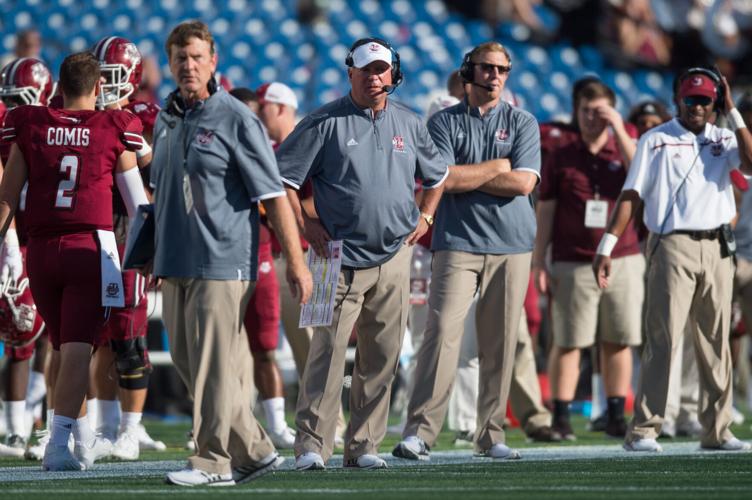 Former UMass coach Mark Whipple, center, watches his Minutemen play Temple back in 2015. Had UMass not lost that game on a blocked point-after kick and a field goal, the trajectory of UMass football might well be different. 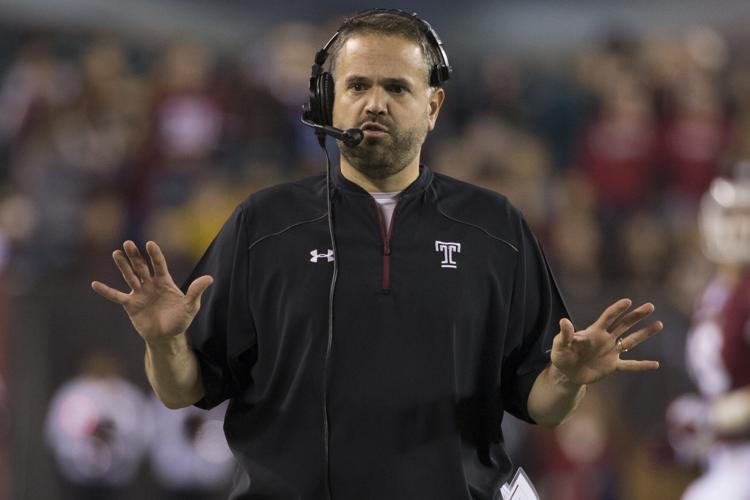 Carolina Panthers head coach Matt Rhule was the head coach at Temple when the Owls rallied with two scores in the last 1:20 to beat UMass back in 2015.

One game, or even one play, can decide a team’s fate. It could also change the course of a career.

Take Greg Norman’s epic collapse in the 1996 Masters. Norman had four bogeys and five double-bogeys in the final round at Augusta, snatching defeat from the jaws of victory.