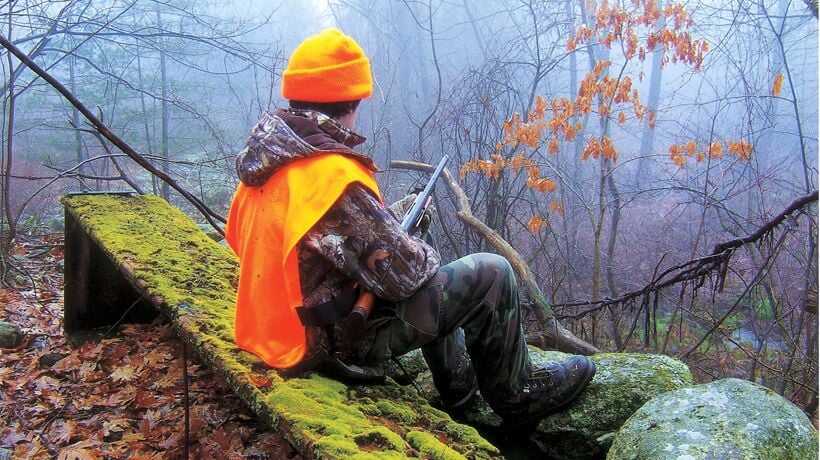 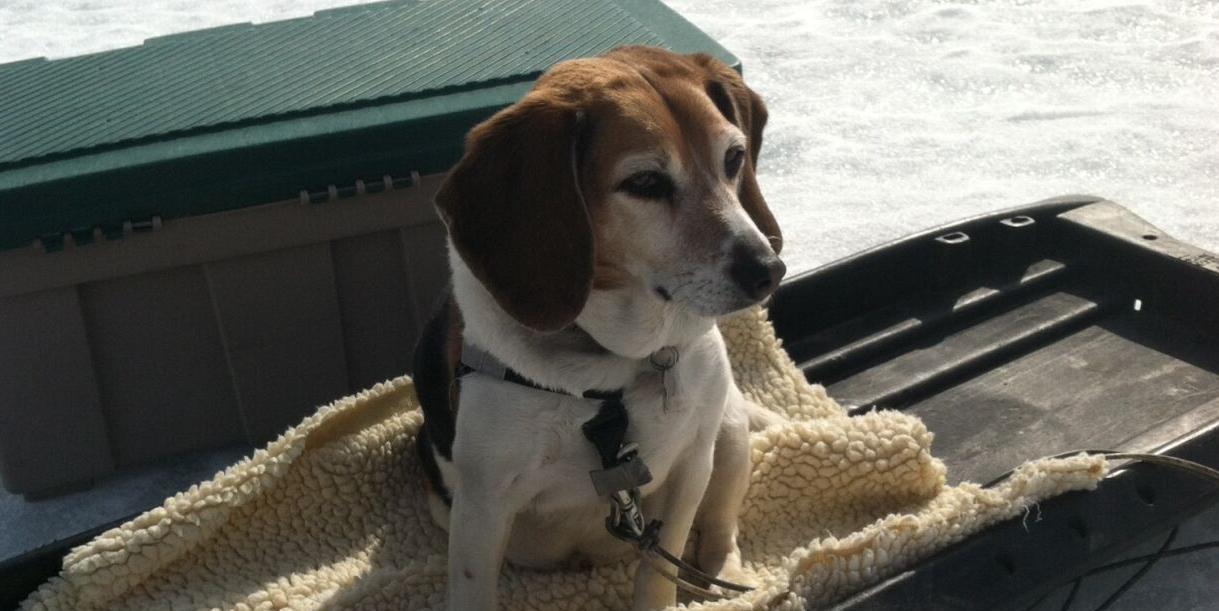 Jacques the Beagle was a constant companion for Berkshire Woods and Waters columnist Gene Chague throughout the past 13 years. Jacques passed on last week.

Well, here we go again. Another sleepless night, tossing and turning in anticipation of Monday’s hunt. I don’t even know why I go to bed, I never get any sleep.

It looks like we may have a rainy opening day, but Tuesday may bring snow which will aid us in tracking them.

Remember, there are new regulations that prohibit the wanton waste of game animals taken during the regulated hunting and trapping seasons. It is unlawful for hunters to intentionally or knowingly leave a wounded or dead game animal (such as a coyote) without making a reasonable effort to retrieve and use it. Each animal must be retained until processed or used for food, pelt, feathers or taxidermy. This does not apply to animals unfit for consumption or use — animals and their parts that are damaged, destroyed, decayed, rotting, diseased or infected.

Marion Larson, MassWildlife Chief of Information & Education, wrote the following in a special alert: “We’ve recently heard that despite emails to hunters, social media announcements and newsletter announcements that have gone out throughout the fall, there are shotgun deer hunters who are unaware that this year, due to COVID-19 restrictions, deer taken in the first week of shotgun season do NOT have to be taken to a physical check station for harvest reporting and biological data collection. Hunters are strongly encouraged to report their harvest through the MassFishHunt system. MassWildlife will not be operating check stations at their offices. Hunters are welcome to call the DFW Western District Office (413-684-1646) if they are unable to check online and they can figure out a way to get their animal checked in. Also, the following local shops will be able to accommodate you: Pete’s Gun Shop, 9 Grove St., Adams, (413-743-0780); Cheshire Sporting Goods, 50 Church Street, Cheshire, (413-776-7216); Dave’s Sporting Goods, 1164 North St., Pittsfield, (413-442-2960); Avid Sports, 1201 West Housatonic St., Pittsfield,( 413-997-3600) and the Mill River General Store, 10 Great Barrington Mill River Rd., New Marlborough, (413-229-2663).

It is important that you call ahead to see if they are open because some are open on various days and closed on others.

Good luck and have a safe and enjoyable shotgun hunting season.

This year, instead of writing about my personal opening day experiences as I usually do, I decided to write about something my father (also named Gene) experienced and relayed to me and my sibs many times. The following in no way encourages nor sanctions deer jacking, which is illegal and always has been.

I’m not totally sure when the event occurred, but my, and my older brother Jim’s best guess is some time between 1920 and 1925. At that time, my father was a local deputy game warden in his late 20s who reported to the legendary local game warden, William Sargood. (If that name vaguely rings a bell, it may be because Officer Sargood was the person after whom the famous bull moose “Old Bill” from October Mountain was named. (Perhaps another article, at another time).

One day sometime before deer hunting season opened, Officer Sargood was tipped off about a deer jacking incident. The perpetrator lived on the outskirts of a Southern Berkshire town. So, Officer Sargood and my father drove to the house of the alleged perpetrator early one evening.

Upon driving up the dirt driveway to the house, they discovered that the perpetrator lived in a shack, not much larger or better constructed than a chicken coop. Officer Sargood told my father to wait outside by the car and keep an eye out for any trouble or someone fleeing the premises. Officer Sargood knocked on the door and was let in.

A little while later, Officer Sargood and a man carrying a kerosene lantern walked out the door and went to a shed behind the house. There were a couple of youngsters accompanying them, presumably the man’s children. While my father was waiting, he noticed a couple of other smaller children peeking out from under the house window curtain. Actually, the curtain was nothing more than material from a burlap bag. Being in the early 1920’s, they probably had never seen an automobile before, especially at their house.

A little while later, Officer Sargood returned to the car and told my father, “Let’s go.” While driving away from the house, my father asked if there was a deer hanging in the shed and Sargood said yes. After a minute or so of silence, my father then asked why he didn’t arrest the guy.

Don’t feed the deerRecently, a woman who lives on Connecticut Avenue in Pittsfield sent me an email regarding people feeding the deer near there and asked me to rerun an article which came out last year regarding that very subject. Rather than run the entire column, I am listing here the reasons why we should not feed the deer; reasons provided by MassWildlife in its news release of Jan. 2, 2020.

Attract predators and increase risk of death by wild predators or domestic pets; Spread diseases among wildlife or cause other health issues (e.g. Rumen acidosis in deer, Aflatoxicosis in turkeys); Cause aggression and competition over food, wasting vital energy reserves and potentially leading to injury or death; Reduce fat reserves, as wild animals use energy traveling to and from the feeding site; Cause wildlife to cross roads more frequently, therefore increasing vehicle collisions; Negatively impact vegetation and habitat in areas where feeding congregates animals.”

Providing wildlife with food at any time of year teaches them to rely on humans for food, which puts them at a disadvantage for survival and can lead to human/wildlife conflicts. Once habituated behavior is established, it can be very difficult or impossible to change.

A sad farewellFor the second time in the nearly 17 years that I have been writing this column, my wife Jan and I have had to say goodbye to a lovable beagle. The first time was in 2007 when we said goodbye to Jackson. He was a wonderful dog that had to be put down due to a serious illness. That was one awfully sad day.

Last week we had to say goodbye to Jacques. For nearly 13 years he was our constant companion from the first thing in the morning to the last thing at night, rarely letting us out of his sight. He was there with us as we fished for stripers on Cape Cod, was there sitting on a rock in the Ausable River in New York watching us fly fish; was there with us as we hiked wilderness trails in the Adirondacks and there as we bass fished lakes in New Hampshire and Massachusetts. He even accompanied us on trips as far as Illinois. When we camped in our pop-up camper, he had his own bed. He always sat in the front of our bass boat and he rode shotgun in our paddleboat with Jan. He was a pretty well-known dog up on Ashmere Lake in Hinsdale. He was a superb rabbit hunter. He took us on walks every day, shared our meals, and he slept on the floor right next to us in our bedroom every night. He was my ice fishing companion. His picture was in this column at least twice.

He was a shelter dog when we obtained him at nine months old after two previous owners. He lived the life of Riley until this year, which was a pretty tough one. Even so, he was a good dog who always seemed to be smiling and wagging his white-tipped tail. We refused to let him go until the very end, when it was the only humane thing to do. Saying goodbye to him was one of the most difficult things that we have ever had to do. No, this parting was not a sweet sorrow, for we will never see him again; only in our memories.

Rest in peace, little Jacques, and many thanks for the wonderful memories.