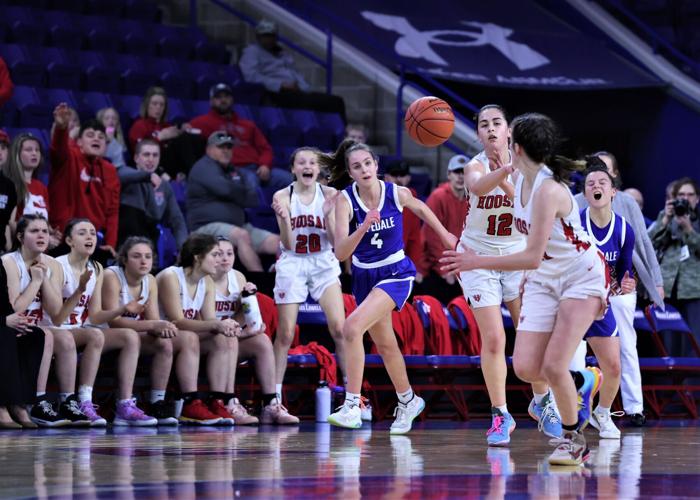 The Hoosac Valley girls basketball team made it to the Division V state final at the Tsongas Center in Lowell. It turned out, according to columnist Howard Herman, to be a pretty good place for a state championship game. 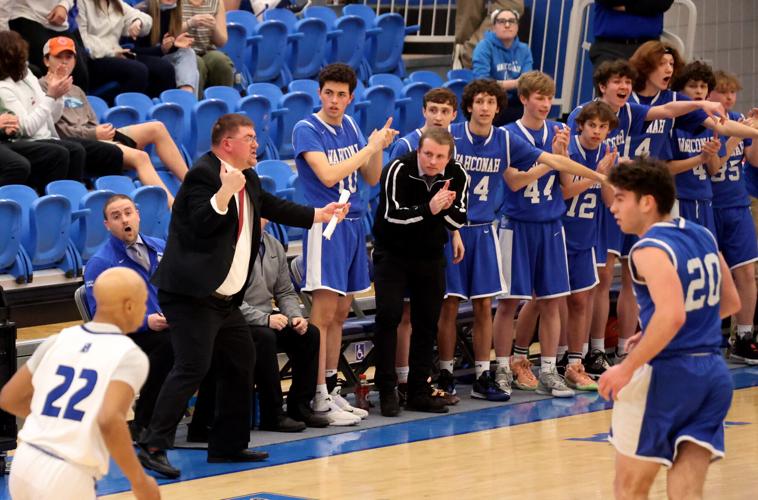 Wahconah played its Final Four game at Worcester State University. It's a site that should be in the mix for future Final Fours.

So, how was the high school basketball tournament for you?

As someone who missed going to semifinals and finals at the Curry Hicks Cage, which for the record is no longer a viable basketball location, I thought this state tournament went off pretty well.

Working backwards, the Tsongas Center gets an A-minus.

Sure, it’s a little bit of a drive for players and fans from Berkshire County and there is no doubt that the DCU Center in Worcester is more centrally located, while the Mullins or MassMutual Centers would be way more convenient. The Tsongas Center seemed to fit the proceedings perfectly.

The arena holds just under 6,500 and gives off a Cage vibe but with the bells and whistles of chairback seats, multiple concession stands for fans and multiple real locker rooms for the athletes. The 6,500 seems just right for Massachusetts state championship games.

I was there for part of the Division I final between Boston College High School and Newton North, and the arena was rocking. The arena was about 2/3 full, a crowd that would have been lost inside the DCU Center or TD Garden, and it might not have had the same vibe inside the Mullins Center.

While I do know that a number of Eastern Massachusetts coaches and athletic directors were disappointed the Garden was taken out of the tournament rotation, having the finals in Lowell might not be a bad thing going forward.

There were multiple complaints on social media concerning the use of high school facilities for Final Four contests. Only four of the 20 Final Four games were played in a college gym, and that was at Division III Worcester State.

Although, with the possibility that COVID is in our rearview mirror, perhaps next winter area colleges could host Elite Eight and Final Four games before heading off to the state championship games. Worcester State is a stellar small college venue. Springfield College is the best small college venue in Western Mass.

I would also consider having neutral officiating crews from the Elite Eight moving forward.

On the court, one of the major fears when the MIAA’s Board of Directors approved the new statewide format is that, when it came to basketball, it would be an “Eastern Mass. Invitational.” In fact, several folks said that on Twitter during the course of the tournament.

It was, and was not, accurate.

Take the Division V boys field for example. When the smoke cleared and the Final Four teams were determined, three of the four teams — including top-seeded Taconic — still on the bracket were from Western Mass. The fact that Taconic and Baystate Academy did not advance to the state championship game is all about who played better on a particular day. Having been at the Taconic-Paulo Friere Final Four game, it seems apparent that if those teams played each other 10 times, the Thunder would win seven of them. Unfortunately for them, and for the other teams that did not advance to Lowell, it’s a one-and-done contest and not a best-of-three.

On the Division V girls side, five teams from Western Mass. made it to the Elite Eight. Three of them; eventual runner up Hoosac Valley, Taconic and Springfield ICS, all made it to the Final Four.

With that, it is hard to call the state finals the Eastern Mass. Invitational. It might have been in the other three divisions, but when there are approximately 15 schools in our region in those three divisions out of more than 200 schools, somebody has to be very good to go far.

That school was Springfield Central. The Golden Eagles won the Division I girls state title in a scintillating victory over Andover. The Central boys’ 66-60 Final Four loss to eventual D-I champion Boston College High was in the top five games of the entire tournament.

As the tournament played out, the new power rating system seemed to set things up pretty well.

On the boys side, four of the five No. 1 seeds made it to the championship game and all were victorious. Two of the top seeds, BC High and St. Mary’s of Lynn in Division III, beat the No. 2 seed to win the state title. The only “upset” came in Division V, where No. 6 Maynard beat No. 4 Paulo Friere, after Paulo Friere beat Taconic and Maynard topped No. 3 Drury in the semifinals.

Three of the five top seeds in the girls’ field made it to the state championship. None of them, however, took home a championship trophy. That list included Hoosac Valley in Division V, Andover in Division I and Norwood in Division II. Second seeds won one tournament and No. 3 seeds won three times.

The surprise of state final weekend came in Division IV, where the fourth-seeded Amesbury girls knocked off No. 10 Millbury.

So, you can be assured that those involved in the basketball tournament will make some adjustments next year, and try to make it better.

All things considered, I think it went pretty well.