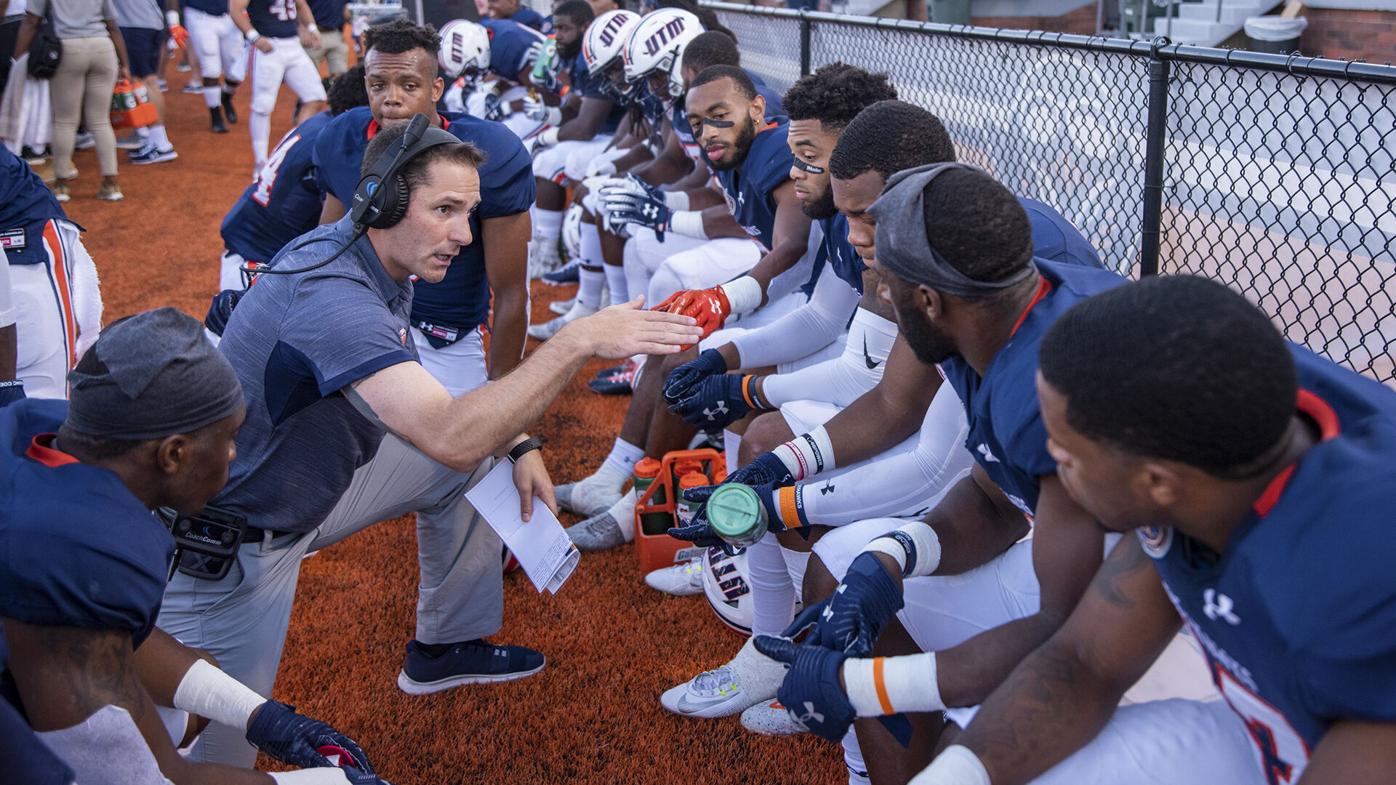 Great Barrington's Chris Polizzi is the defensive coordinator at Division I-FCS Tennessee Martin. The SkyHawks will open their battle for an FCS championship Saturday. 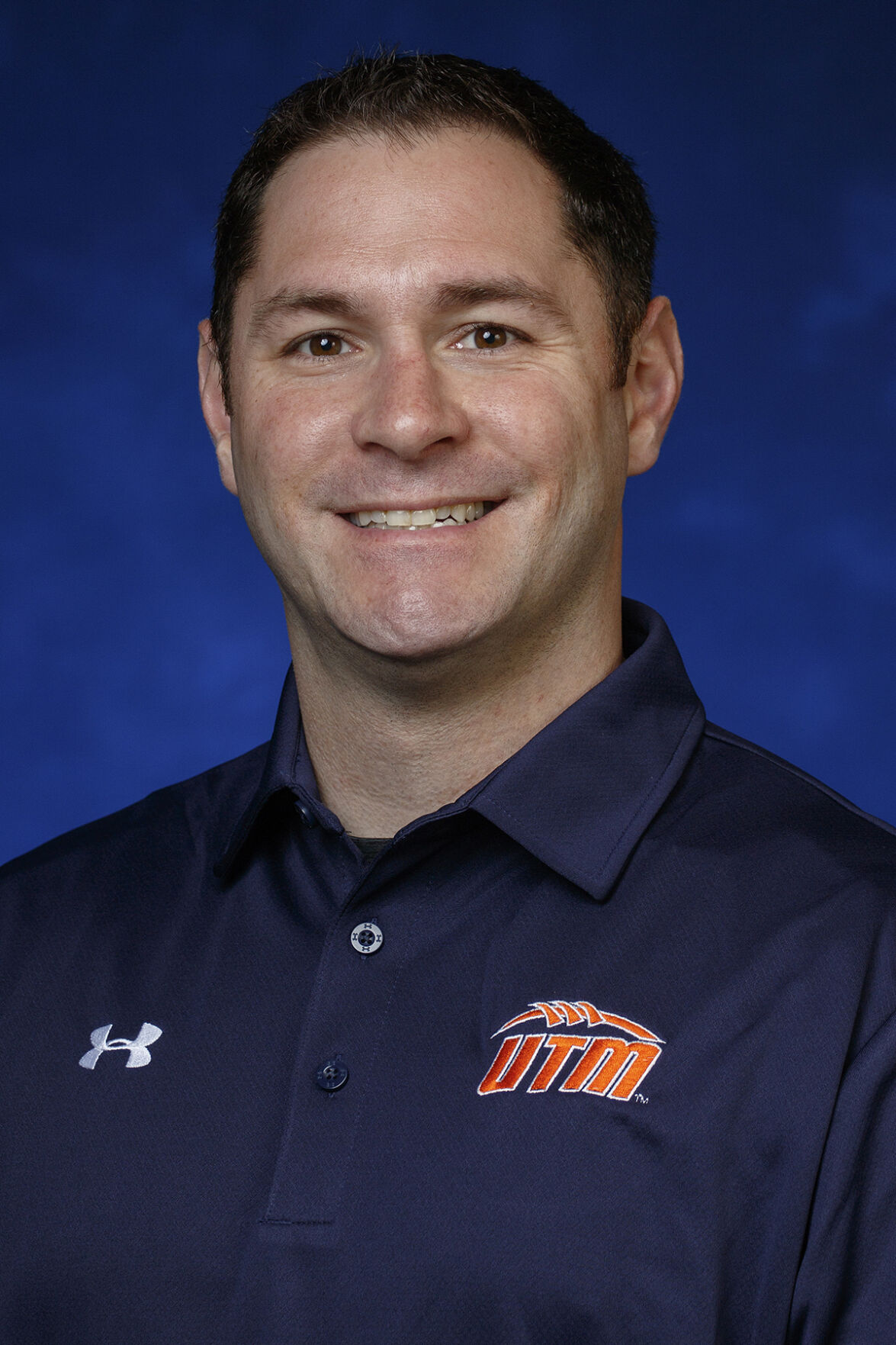 The college football regular season is nearing an end. What is a fan to do?

UMass will be in Las Cruces, New Mexico and Boston College will be at home on Saturday. BC is awaiting a bowl bid, likely to the inaugural Fenway Bowl next month at the lyric little bandbox on Jersey Street. UMass is, of course, waiting for the arrival of Don Brown and the start of the new era of Minuteman football.

Holy Cross is beginning its Division I-FCS playoff run with a home game against Sacred Heart. If the Crusaders win, they travel to fifth-ranked Villanova next weekend in a really tough matchup.

So who do we New England-based college football fans pick up as a team now? How about Tennessee-Martin? The Skyhawks are, of course, the adopted team of Great Barrington.

That’s because UTM’s defensive coordinator is one Chris Polizzi, who grew up there and played his college football at Division III Lake Forest after competing at Williston Northampton.

“It’s been a very fun season,” Polizzi said when we spoke earlier in the week.

How much fun? The Skyhawks are ranked 13th in the nation, set a school record with nine straight wins and won only their second conference title in school history. Now UT-Martin will head west to play the fighting Bobby Petrinos of Missouri State in the first round of the FCS Tournament. If Polizzi and his team get past that, they have a date set at Montana State the next week.

“It was my first watch party since my sophomore year at Lake Forest College, and I think we were all crowded around a laptop computer in one of the coaches’ offices,” he said. “This was great.”

Since we all need a team to root for, this is a good one. Not only are the Skyhawks pretty darn good, but like many sports fans in New England, are playing with a chip on their shoulders. That’s because UTM won the Ohio Valley Conference championship, but will have to travel in the first round to play a Missouri State team that is in the tournament thanks to an at-large bid.

“We have a lot of pride in our conference,” Polizzi said when we spoke. “Our head coach, Jason Simpson, had mentioned it. When he grabbed the microphone [at the watch party], said he was a little ticked off because it was a little disrespectful for us to be conference champions and have to go on the road and play a second-place team, but a very good team in Missouri State that plays in another quality conference [Missouri Valley]. We just try to use this as fuel, and our kids play with a chip on their shoulders anyway. We’re excited to have the opportunity.

“We’re in the tournament now and whether we have to go to Kalamazzo, Mich., or wherever, Springfield, Missouri sounds like a good place to be. Let’s go there and put our best foot forward.”

For those of you who might not be familiar, Chris Polizzi has been at UT-Martin since 2018, and was named defensive coordinator in 2020. He has extensive experience at the FBS level, and was a graduate assistant coach at Power-Five schools Iowa and UCLA.

Ask any coach or player in any sport, and he or she will say that they all along thought their team or teams had a chance to do good things. Polizzi said the same thing. But when pressed just a bit, the Great Barrington native said to me there was this game.

“You have the feeling in camp, just as the team starts to jell and come together, that we have an opportunity to be pretty good. We have an opportunity to have some success. We played Samford at home” in the second week, he said, “and they put up 50 some odd points against Tennessee Tech. We did not play well in the first half. We might have had five turnovers in the first half and one of them was a pick-six. But we were still able to go in at halftime with the lead. Our kids never panicked. There was a lot of resiliency, and a lot of that credit goes to the kids and in particular, our quarterback Keon Howard. When he steps into the huddle, everybody believes, 100 percent, that we are going to have success.”

Howard is one of those graduate transfers who moved from the FBS level to play an extra season. He was a quarterback at Tulane of the American Athletic Conference.

UTM scored 24 points in the second quarter after falling behind 17-0, and eventually won 33-27.

UT-Martin actually gets to play for one of the cooler trophies every season. Some of you might remember the movie “Sergeant York,” that starred Gary Cooper as the World War I U.S. Army legend. The four Ohio Valley Conference Tennessee schools, Martin, Austin Peay, Tennessee State and Tennessee Tech, play each other every year. The team with the best record wins the Sergeant York Trophy. Since 2010, UT-Martin has won the trophy nine times, including this year.

If the Skyhawks can get past Missouri State, they’ll get Montana State next.

“As the brackets started to come out, and I saw Montana State, which is the lowest of the seeds — a very good football team — but when I saw that,” Polizzi said, “I said this is as good an opportunity for us as possible. Selfishly, I would have liked to have seen something closer to my family in the Northeast, Villanova or something of that nature, but we’re very excited to be in.

“We’re all focused on Missouri State. We can’t focus on anything else.”

So, from The Berkshires to Tennessee, go Skyhawks.