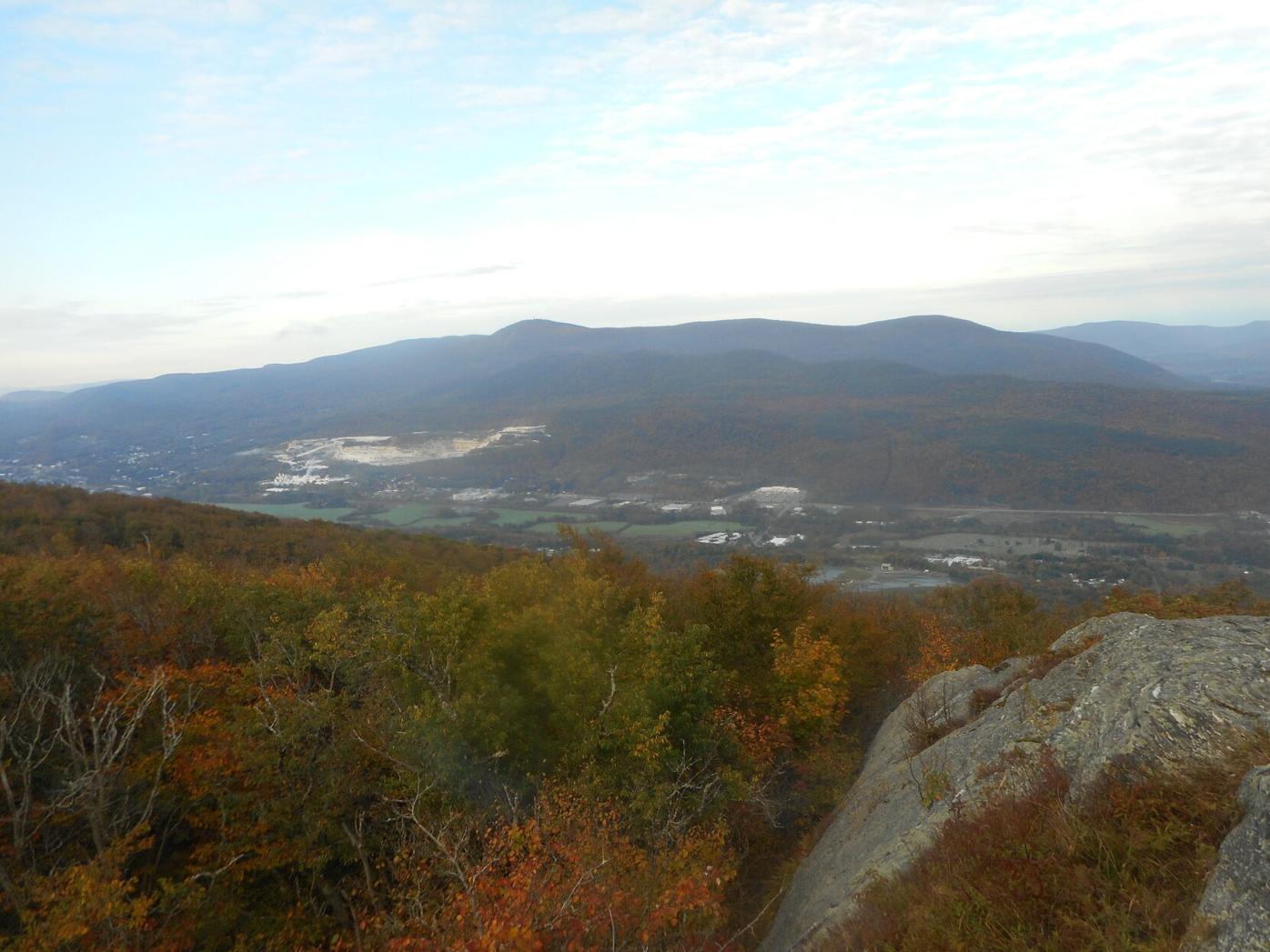 The view from Spruce Hill as the day wakens. 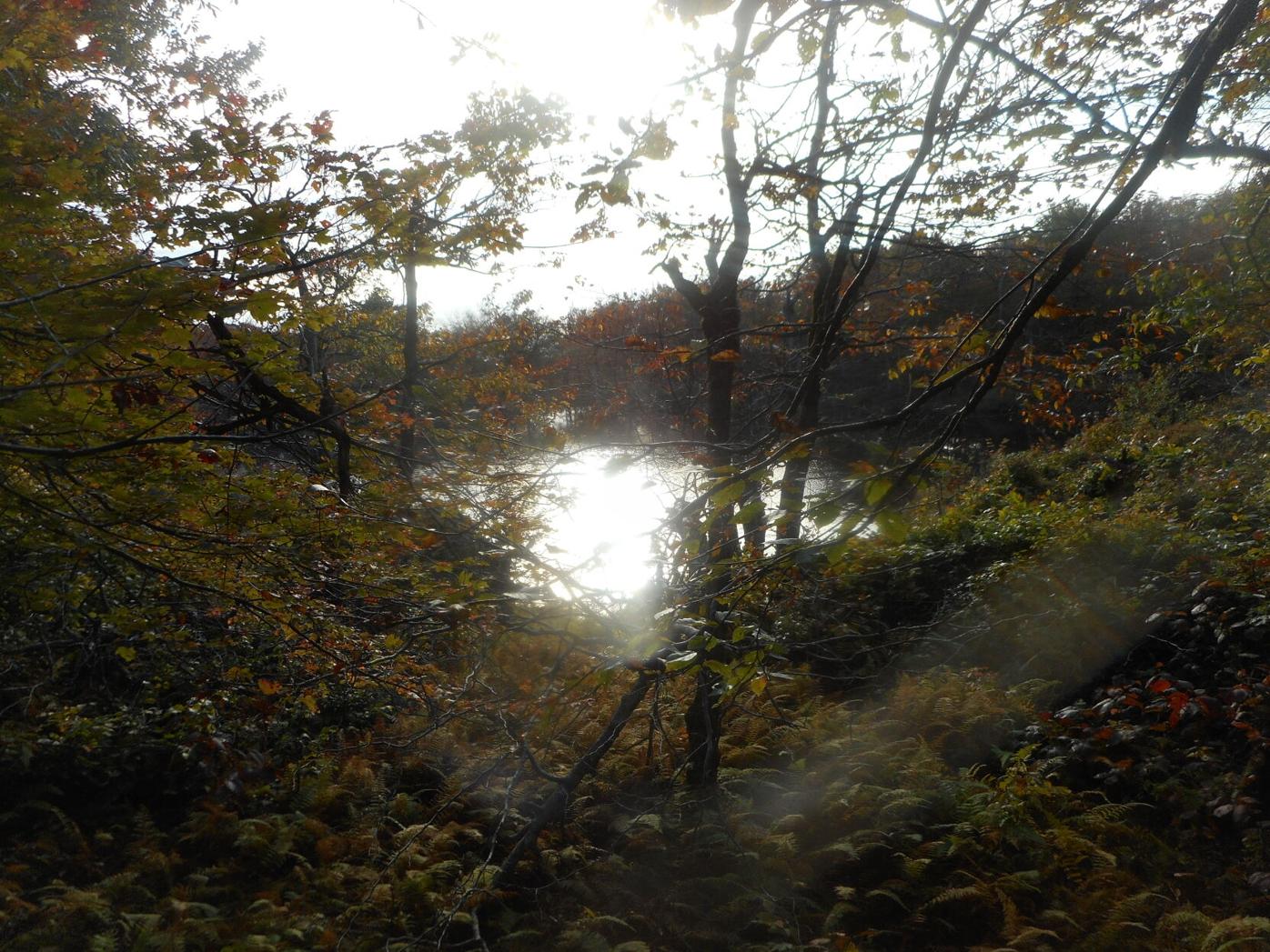 Sun strikes the beaver pond along the Hoosac Range Trail, one of the highest bodies of water in Massachusetts. 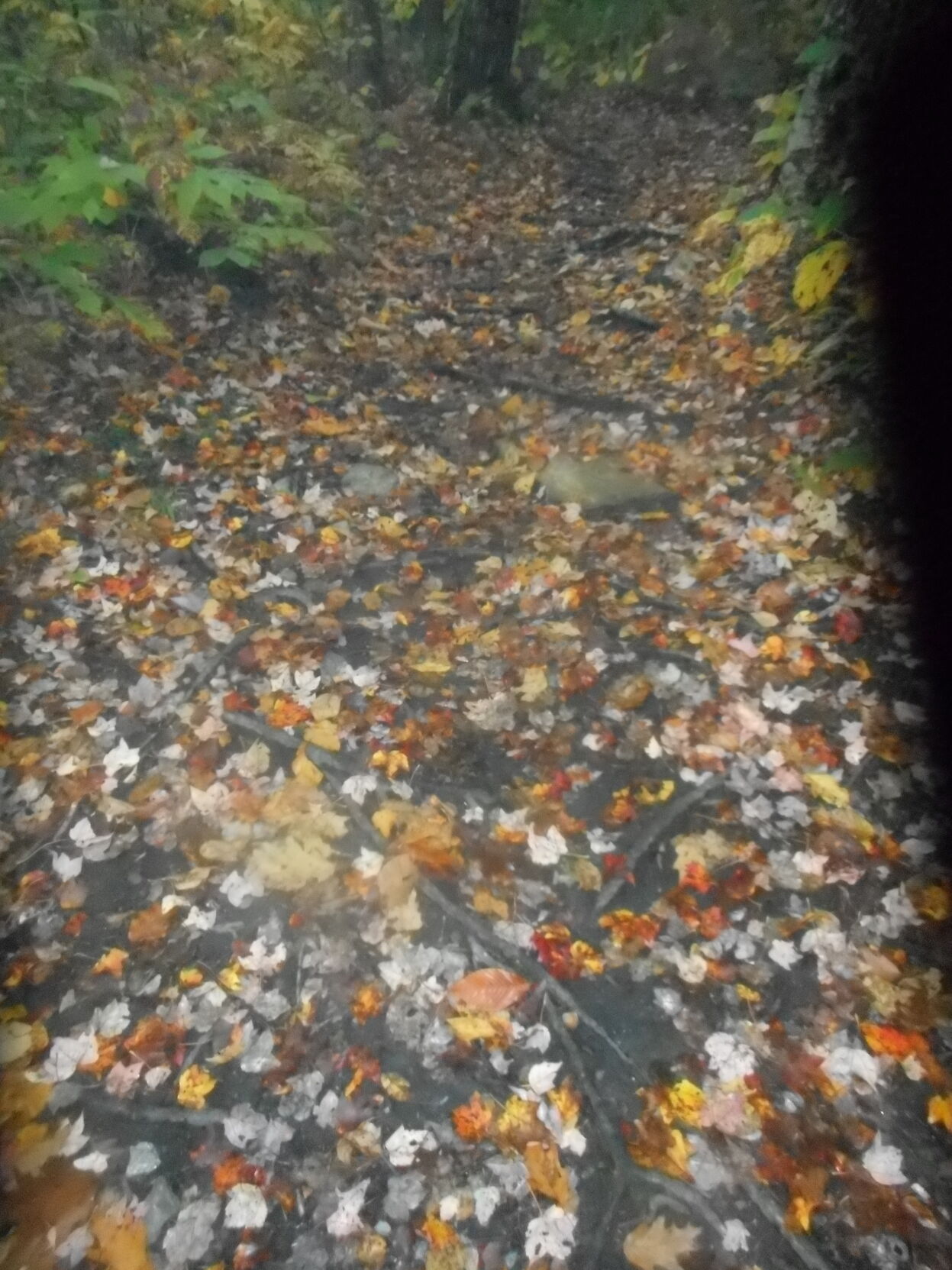 I don’t know about you, but I like to head out first thing in the morning, with the possibility of climbing in sync with the sun. (Easier during Daylight Savings Time, you say.) I recommend enjoying the sun’s first rays as they slice their way to you through the trees on the Hoosac Range Trail.

To get to the trail, follow Route 2 east from North Adams, around the Hairpin Turn and just past the Wigwam Western Summit. Parking for the Berkshire Natural Resources Council’s trailhead is on the right. Note that hunting is allowed on the 944-acre reserve and dogs, under immediate control, are welcome. A good family hike.

You, or more accurately your automobile, just did most of the elevation gain, in that the trailhead is over 2,000 feet. There is a short hike to Sunset Rock, 1.6 miles round trip, and a longer version, six miles, to the summit of Spruce Hill. Your elevation gain to the summit while on foot is only 540 feet. Most the views are to the west, which gives you the opportunity of seeing the rising sun pick out the summit of Greylock.

Begin by checking out the kiosk, which includes a trail map and information about the Mohican Indians, in whose homelands we hike. It also notes that the Hoosac Range Trail is part of the long-distance Mahican-Mohawk Trail, blazed white (this section with red stripes for winter viewing), which aims at following an Indian route between the Connecticut and Hudson rivers.

The hike begins gradually among the ferns beneath the maple, beech, birch and oak. You pass a burl on a tree that reminds hikers of a certain age of Yoda from “Star Wars.” Cleverly designed stone steps take you around a switchback leading to one of the steepest sections of trail and to, at a half-mile, a signed intersection. Either way will take you another 1/3 of a mile to another intersection. Take the left fork to come out, after climbing on schist, at Sunset Rock, elevation 2,253 feet. The views of the Hoosac Valley sloughing off the morning’s fog are panoramic.

At the next intersection, nearby, you can decide whether to complete the shorter loop or continue to the summit. If the latter, turn uphill, over a wet patch. Most of the rest of the trip follows gentle slopes, both up and down, with occasional steeper negotiations by cliffs — cliffs with moss. The wooden bridge signals you are halfway there. (The math doesn’t come out quite right because the Hoosac Range Trail ends at the Busby Trail, which takes you to the summit.)

The profuse hobble bush is a pleasing maroon in the autumn. A signed trail to the left follows 250 feet to an overlook to the east — perhaps the site of the former television tower. The sale of former Adelphia Cable Company land was the occasion for BNRC to begin accumulating the land for the reserve.

You pass another signed overlook, to the right, and a couple of informal trails to additional overlooks—all worthwhile. Keep your eyes on the blazes, as a short section of trail has been shifted slightly in the vicinity of a woods road entering from the left. A sign helps direct your wandering feet. If you look left, with some foliage down and especially if the morning sun lands just right, you’ll catch a glimpse of a beaver pond, one of the highest water bodies in the Commonwealth.

You pass some ledges that you think are the summit, but keep going, even losing some elevation. When a sign indicates “0.2 miles” to go and the blazes turn blue, you realize you are on the Busby Trail, which takes you up ether a shallower or steeper route to the summit (2,566 feet). You will know it when you’re there, not only because of the USGS and state markers but because it is an open, stony outcrop and you would have to jump off a cliff to go farther.

Make sure to watch your footing. You are not a hawk — and anyway it’s a bit late to see the hawks wing by.

The Mount Greylock massif draws the view, including the extensive limestone mining on its side, but the view extends much farther and is, indeed, one of the most extensive in the county. On the way back, take a left at the first signed intersection to vary the route a bit.