This portion of the Oak Loop is on the town, county and state line. 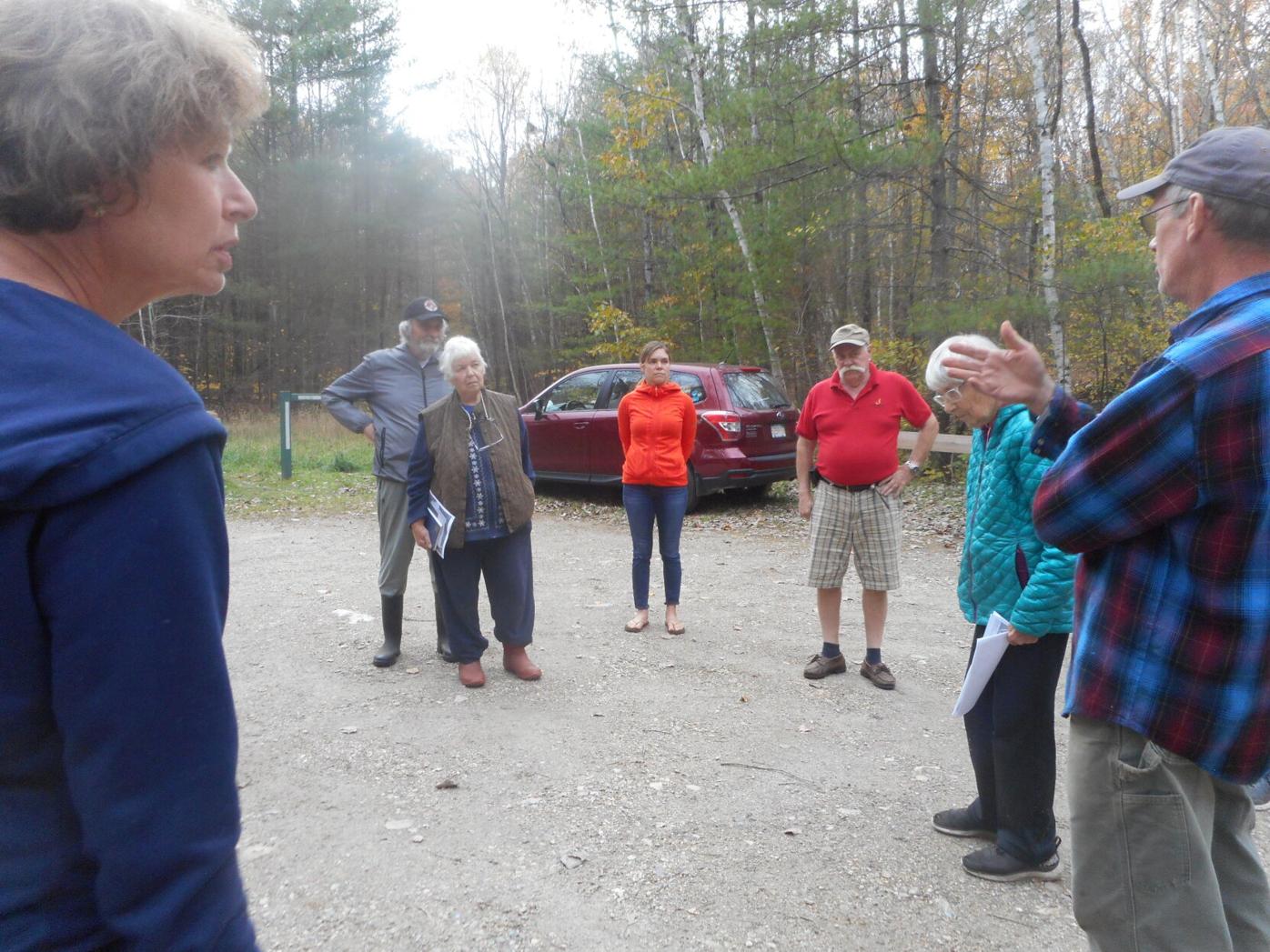 The chimney of the burned cabin still stands, although the view has been obscured.

In 1995, Pamela B. Weatherbee was looking at the old Kalarama Orchards site, a house and land stretching from Sand Springs in Williamstown into southern Vermont. Exploring nearby, she came across a lovely, elevated meadow at the end of Mason Street.

As Pam has so often done, discovering land that needs to be conserved, she bought it, and an adjacent property. She mowed the field for a few years to keep it open, then turned the property over to The Trustees of Reservations. Thus began Mountain Meadow Preserve.

One thing led to another. The camp on James Fitzgerald’s land nearby, a site of old gravel pits with a bluff that overlooked Williamstown and Mount Greylock, had had little use since a tenant’s dog had knocked over a space heater, setting the cabin on fire. In the face of development threats, Pam persuaded The Trustees to extend the preserve by buying that property.

Meanwhile, she assisted Scott Hoover, who wanted to buy the old Kalarama house and some of the land that went with it. He ended up buying 20 acres and she bought 60 which, a year ago, she turned over to the Trustees, which already owned 180 adjacent acres. Pam is a deliberate architect of land preservation.

There is one more piece. Williamstown acquired 45 acres by tax taking in 1975. The Deans Lot, managed by the Conservation Commission, now has Trustees land on three sides. The ConCom arranged a meeting with the Trustees and neighbors a few weeks ago to talk about the trails that run on both properties. The Trustees will soon bring out a new map.

It is possible to enter Mountain Meadow from either Mason Street, for a pleasant meadow walk (wet this fall) with a scenic overlook, or from Benedict Road in Pownal, for a wooded walk through land recovering from gravel extraction — and therefore dry. The Grace Greylock Niles Trail connects the two ends. Let’s take the Kalarama Trail, including a short side trip to the remains of the cabin, and a return over other trails, for about 2.5 miles altogether..

To get to the Pownal trailhead, we follow Route 7 north of Williamstown center, across the Hoosic River to right on North Hoosac Road, then left on White Oaks Road. We take that beyond where it becomes gravel at the Vermont line and swings left. At the intersection where it turns right, we go straight on Benedict; parking is on the left.

We pass the kiosk on a connector trail that leads through scrub growth to left on the Oak Trail, briefly, before turning left again on Kalarama, blazed yellow, which we follow for a mile as it veers away from the old gravel pits and into more mature forest, including hemlocks and maples, descending steeply to cross a brook and then rising again. In the Deans Lot now, it soon crosses into Pam’s latest gift, rising and leveling beneath the bluff on which perched the cabin.

Once more it rises, short but steep, and comes out at the junction with the trail to the remains of Mausert’s (Fitzgerald’s) Camp. We follow a moderate slope to the chimney—and the remains of an outdoor grill. We can imagine what the view, now mostly obscured by tree growth, must have been like. We return to the Kalarama Trail and soon turn right on the State Line Trail (blue), passing through second growth, pleasantly level. Actually we are still in Massachusetts, the line being somewhat to the north.

We take the left turn, then soon right on Oak Loop (orange). Now we see how the land was scooped to extract the gravel and how pine is an early successional tree here. What we don’t see is the truckloads of trash, left over from mining and high school partying, The Trustees removed. We pass the turn to the Kalarama Trail we took before and continue back to the Benedict Road parking.

As a devoted set of users have learned, especially cross-country skiers, there is much more to explore at Mountain Meadow, with a tip of the woolen cap to those responsible for conserving this property.