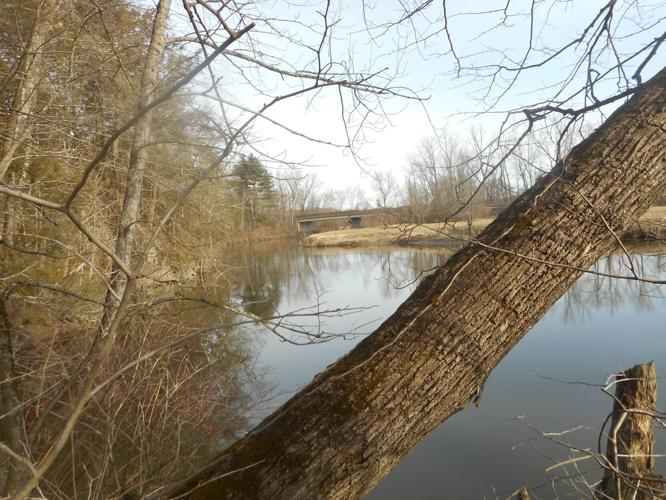 A stroll at Bartholomew’s Cobble brings you down by the riverside. 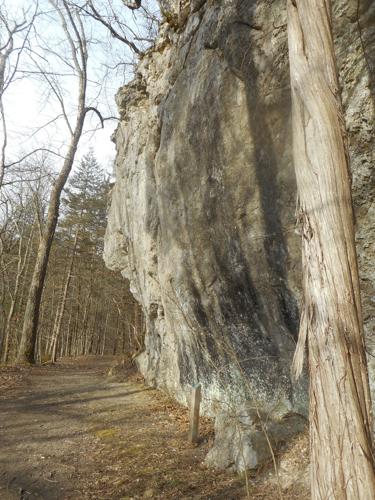 Cliffs like this one gave the name to the Ledges Trail. 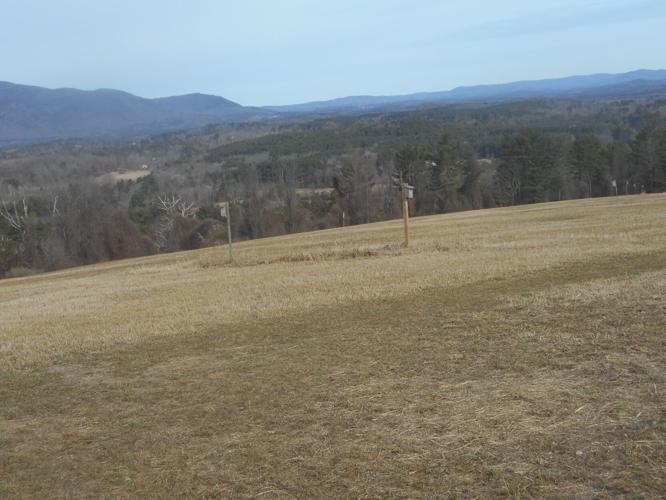 The view from Hurlburt Hill extends north up the Housatonic Valley.

A visit to Bartholomew’s Cobble, the Trustees of Reservations’ property in Sheffield on the Connecticut border, is always a treat, but mid-April to mid-May is a special time when the ephemeral wildflowers are in bloom.

The 277 acres of the Cobble contain a variety of soils and forest cover that nurture an extraordinary variety of plants. Although there are numerous trails, the half-mile Ledges Trail is an excellent introduction, which the Trustees amplify with an interpretive booklet keyed to numbered posts along the way. The proposed route includes a side trip to a scenic vista on Hurlbut’s Hill for a total of 2 miles.

To get to the Cobble from most of Berkshire County, follow south on Route 7 through the village. Turn west on 7-A; then, soon, right over the railroad tracks onto Rannapo Road. Pass Cooper Hill Road, on which the Col. John Ashley House is located, and turn right on Weatogue, a gravel road. Parking, with a Natural History Center that includes some artifacts from the Mohican occupation of this area, is on your left. Non-members are asked to contribute $5; children 6-12, $1. Pets are not allowed.

Ephemerals are flowers that bloom in the spring before the tree cover shades the ground. Look for trillium with three broad leaves, Dutchman’s breeches looking like pantaloons, blood root with deeply lobed leaves, trout lily leaves dappled like the fish, spring beauty with delicate pink lines on white, hepatica (at post No. 11) and others, as well as a fulsome array of ferns. A treat, indeed.

Although the Ledges Trail, much of it on old roads, is easy, it includes a couple ups and downs with stone steps and narrow patches that can be tricky. Pass to the left of the Natural History Center through a trail intersection to the first post, keyed to the story of forest succession. The rocky knolls contain both marble and quartzite, thus providing alkaline and more acidic conditions that foster some 800 species of plants, including nearly 500 wildflowers, 100 species of trees, shrubs and vines, and 53 ferns and fern allies, according to the booklet. All of this, including plants of a more southern disposition, is far more variety than can be found in most forest walks in Berkshire.

The interpretation continues as the trail slopes down toward the Housatonic River at a scenic oxbow and peninsula. You pass steep stone cliffs, with caves and cavities formed as the carbon dioxide you exhale dissolves the marble.

As you approach Weatogue Road, the Tractor Trail to Hurlbut’s Hill departs across the road. It climbs to an elevation of 1,050 feet, from which you look over 20 mostly cleared acres to the north, the Housatonic Valley. A sign near the bench gives you the landmarks. The top of the hill, which you have to work a bit to gain, is also an excellent lookout for birds, ground dwelling, migratory, water and land, hawks and eagles, some 250 species.

Descending the Tractor Trail you can either go directly to the parking lot or complete the Ledges Trail. The Cobble was once part of Col. Ashley’s 17th century holdings and the Hal Borland Trail will take you on a short hike to his house, which is open to visitors in season. George Bartholomew purchased the land in the late 19th century; he and other farmers carried on dairying until 1946, when the Trustees acquired it, together with the Ashley House — built in 1735, one of the oldest in Berkshire. Bartholomew’s Cobble, named for the two rocky knolls, became a National Natural Landmark in 1971.

All this plus a playground for young children. Aren’t you glad you came?