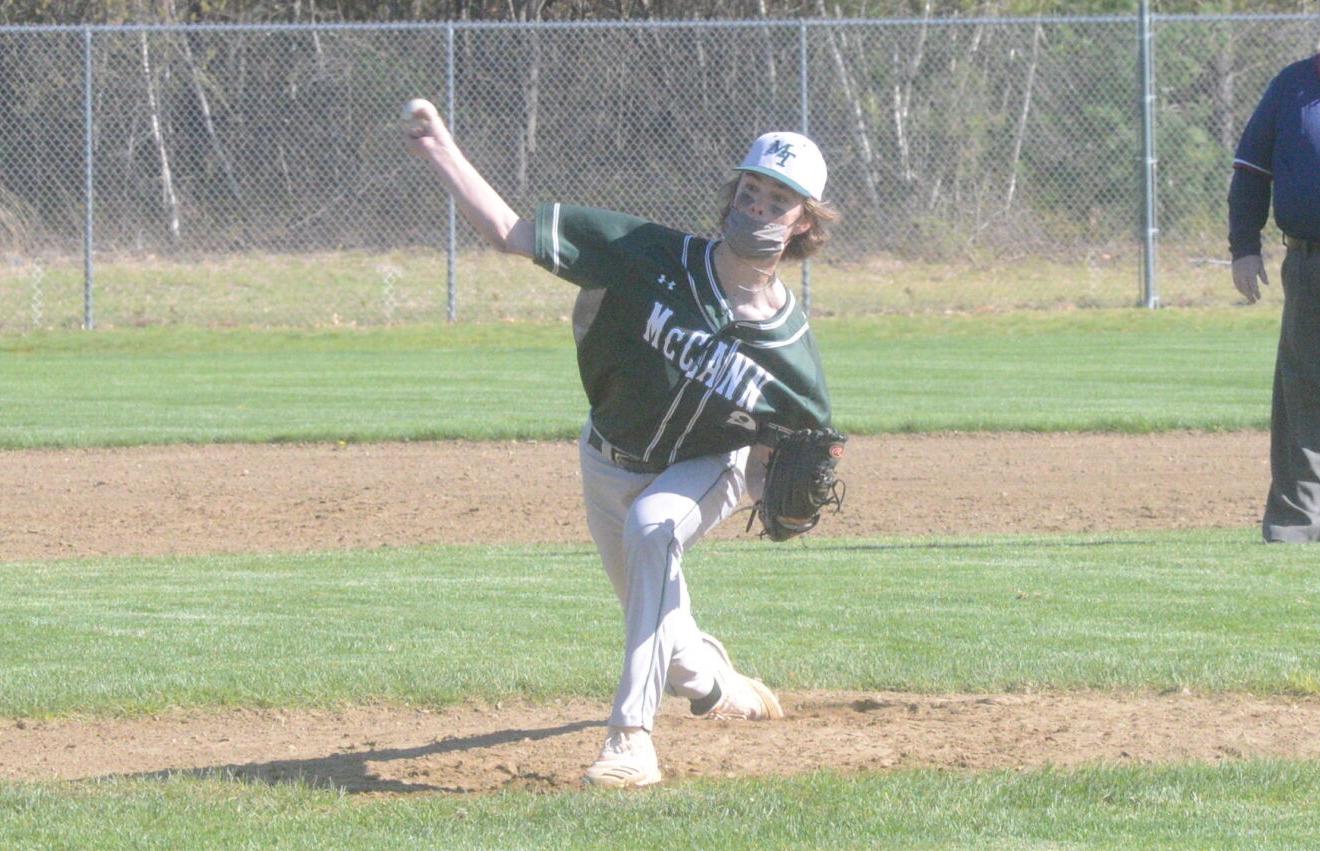 McCann Tech freshman Ozzie Weber struck out nine batters in six innings of work on Thursday at Franklin Tech. The game was McCann Tech’s first sporting event in over a year due to the COVID-19 pandemic. 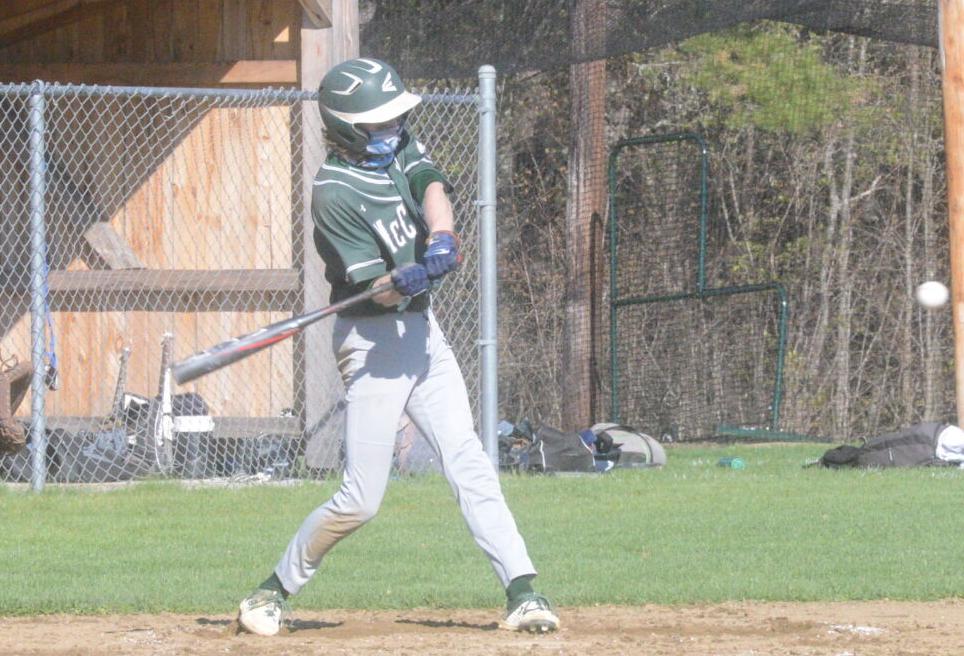 TURNERS FALLS — Spring is often referred to as the season of new beginnings and for McCann Technical School, Thursday marked the long overdue return to sports.

“It is an incredible feeling,” first-year coach Bill Farrell said of the Hornets capturing the opening-day win. “We’ve had a short time to put this together and as a first-year coach, I literally walked in and had five days to sort through 45 ball players and figure out who were the 16 best that would come with me.

“From what I saw today, I am pretty happy with my decision.”

Weber pinned Franklin Tech’s offense for six innings. He struck out two batters in each of the first three frames, finishing the afternoon with nine total punch outs.

“First inning [I was] a little nervous,” Weber said, “but I settled in and knew what I was capable of.”

“The kid works. He is a disciple of the driveline teachings of pitching and that is where I came from,” Farrell said of Weber. “I love what he does and [he] has command of multiple pitches and attacks the zone.”

The Hornets changed the tone of the game in the top of the second, taking advantage of four walks in the form of five runs. Weber, who was 2 for 4 at the plate, knocked in two runs with a single. Senior Luke Thomas followed suit with a two-run single of his own. Noah Debendetto worked a walk earlier in the frame, scoring a run.

“[Scoring] gets everyone excited and [it] takes some pressure off in the field,” Weber said of the five-run burst.

Weber allowed just two hits and was cruising through three scoreless innings on the hill, but Franklin Tech ended that streak in the fourth, squeezing out a run to make it a 5-1 ball game. The Hornets, though, answered with insurance runs in the top of the fifth.

Seth Farnsworth ripped a ball that skipped right past the third-base bag, allowing Aaron Livsey to score from second on the double. Troy Wnuk stepped into the box and knocked his own double, scoring Livsey. 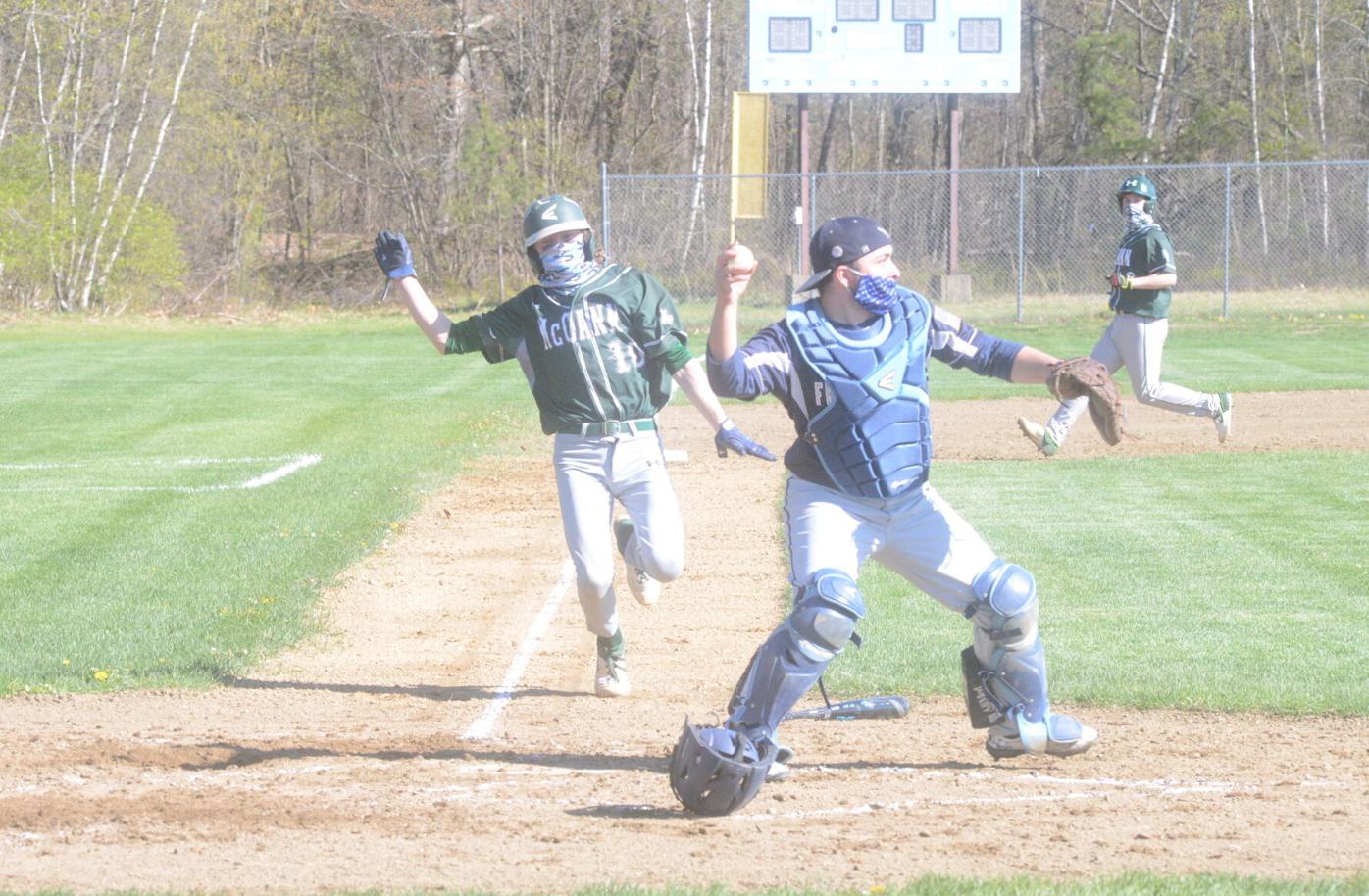 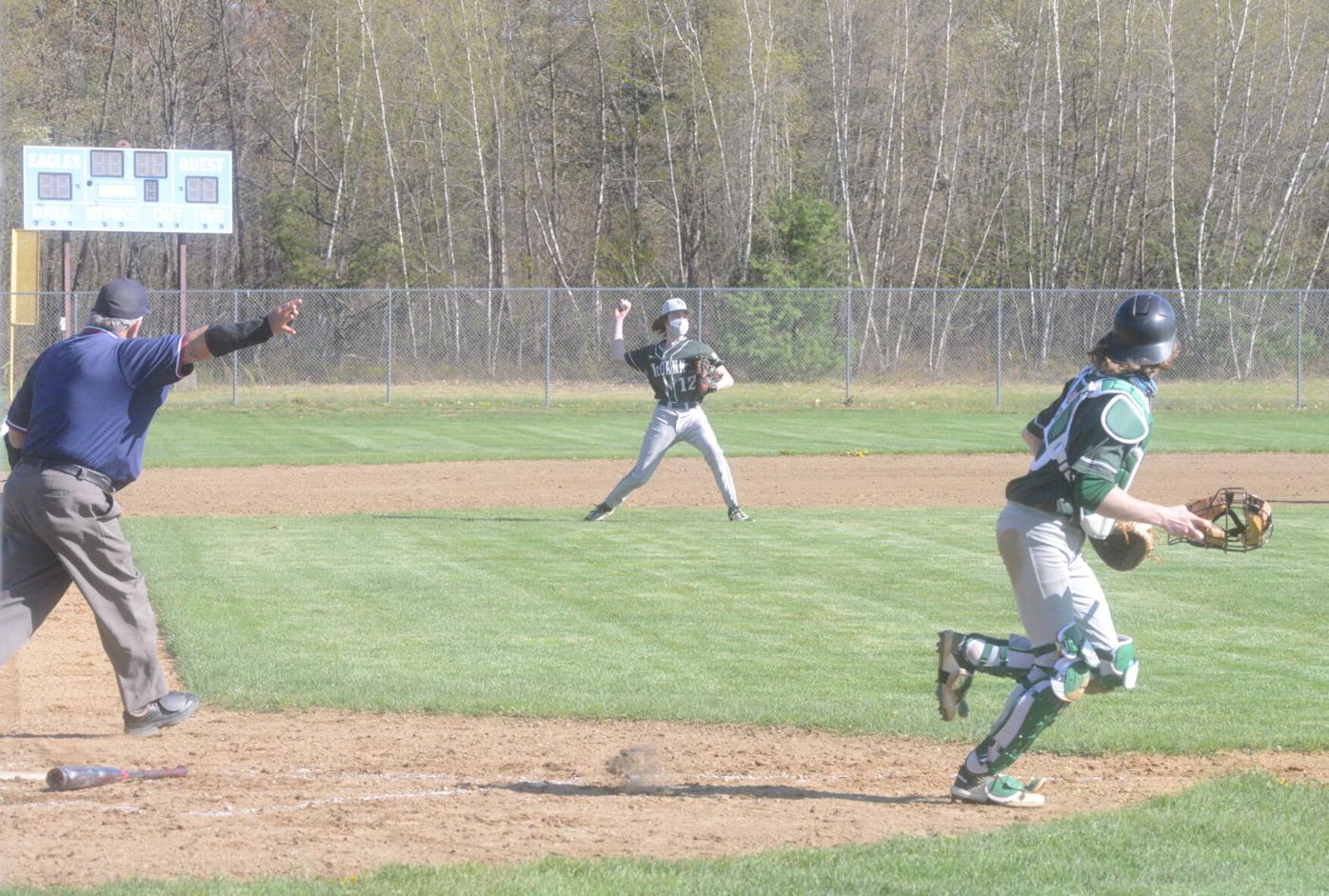 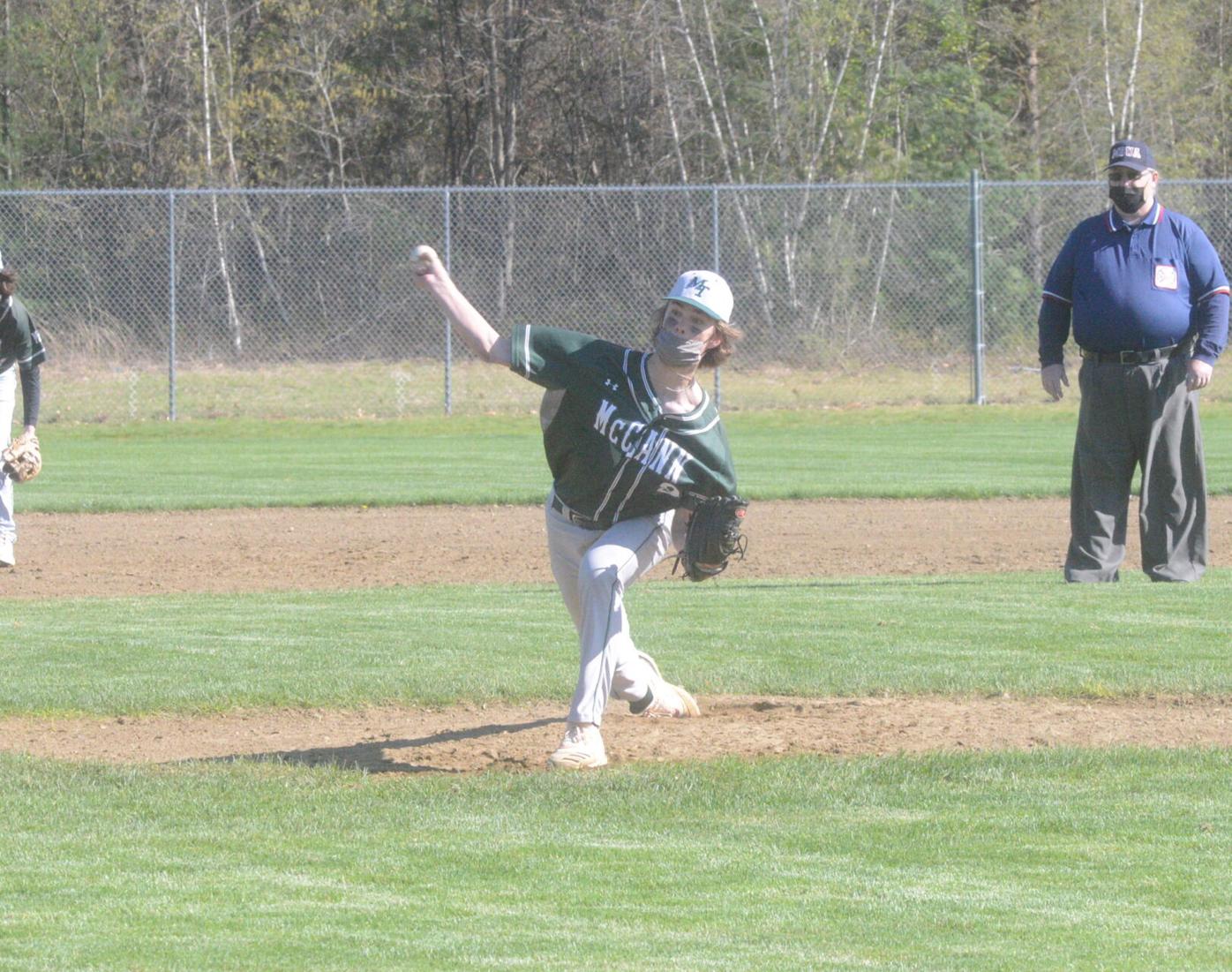 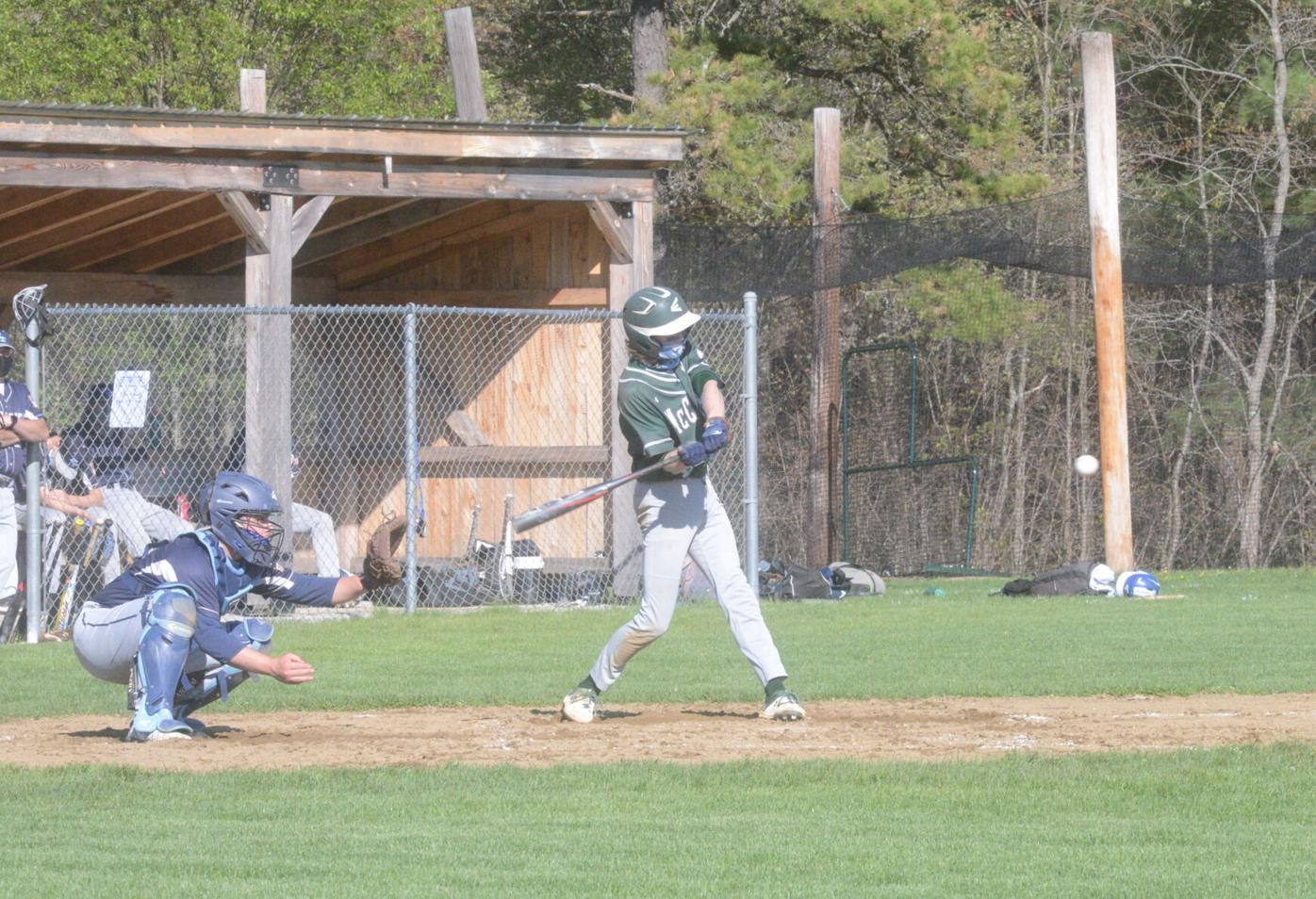 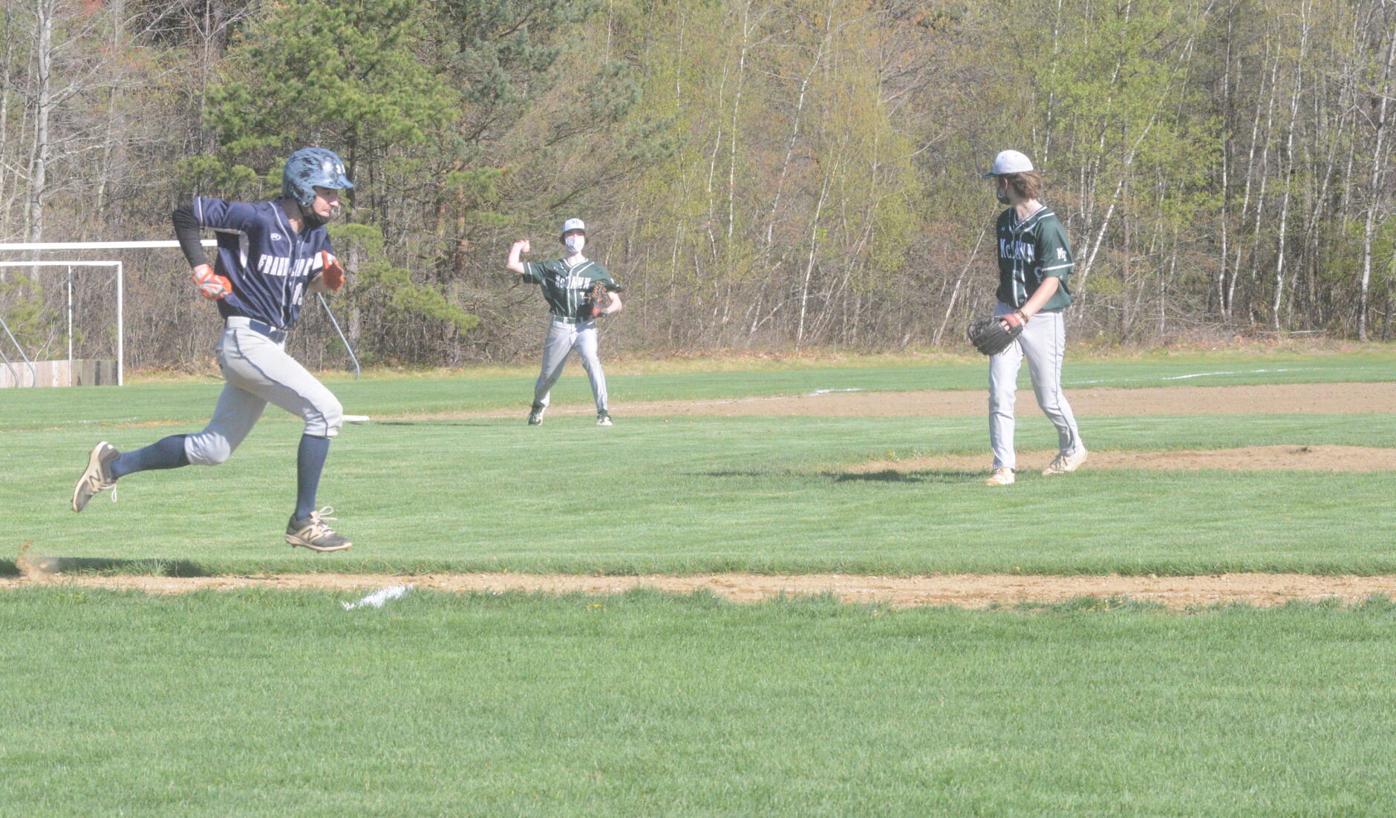 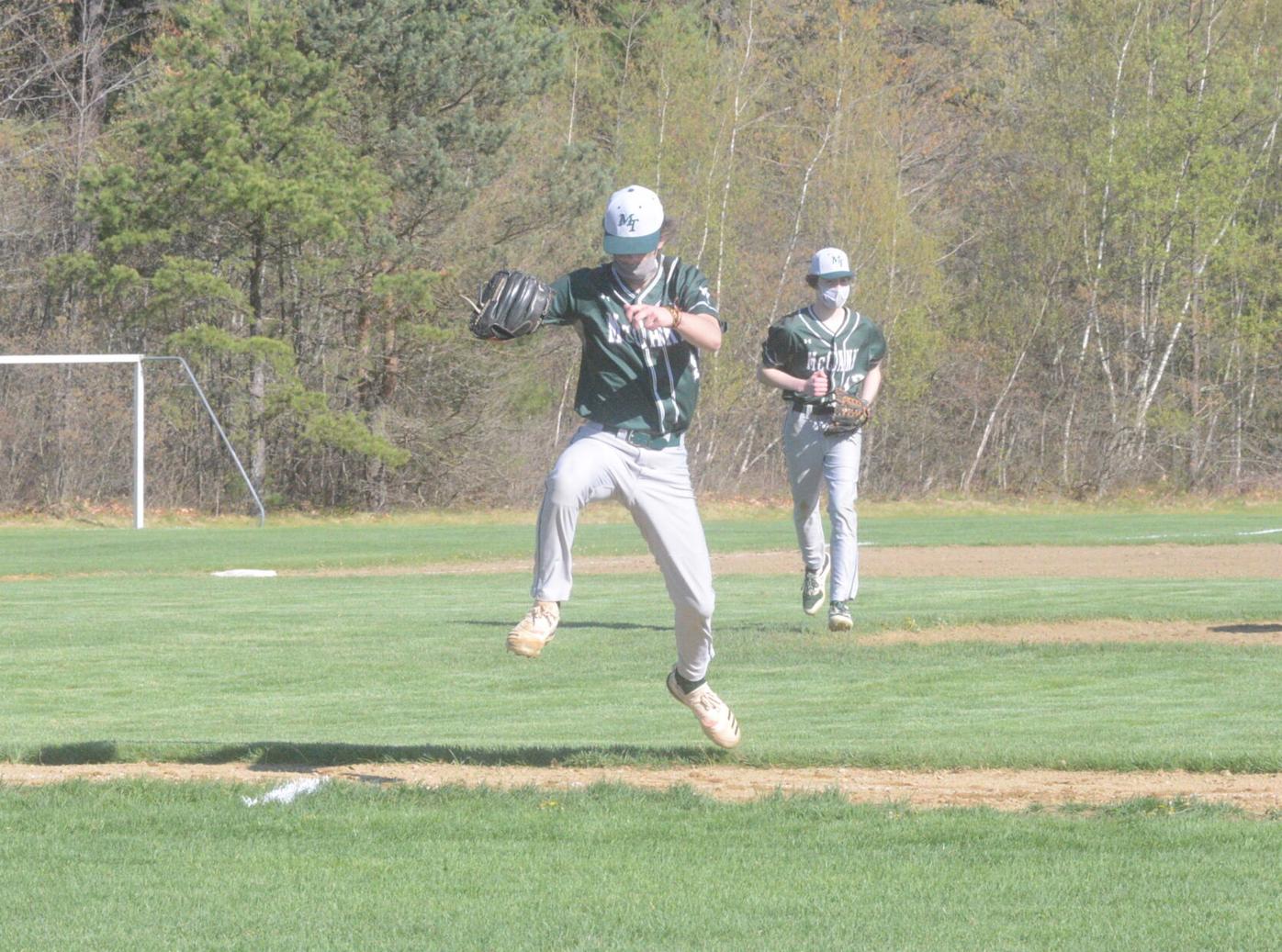 “Anytime you give up a run, it is a mark of a good team to bounce right back and literally trade punch-for-punch,” Farrell said.

Franklin Tech strung together four-straight hits in the bottom of the seventh and leaned on aggressive base running to plate three runs. Livsey took over on the hill with a runner at second and retired three-straight batters, extinguishing the threat and ending the ball game.

“A lot of these guys played travel ball last summer and it shows,” Farrell said. “They’ve been ready to play since Day 1, [travel ball] was a big benefit for our players.”

The game was originally scheduled to be played at Joe Wolfe Field in North Adams, but switched locations due to field conditions. With a win under their belts, the Hornets will now turn their attention to Tuesday’s game at Westfield Tech.