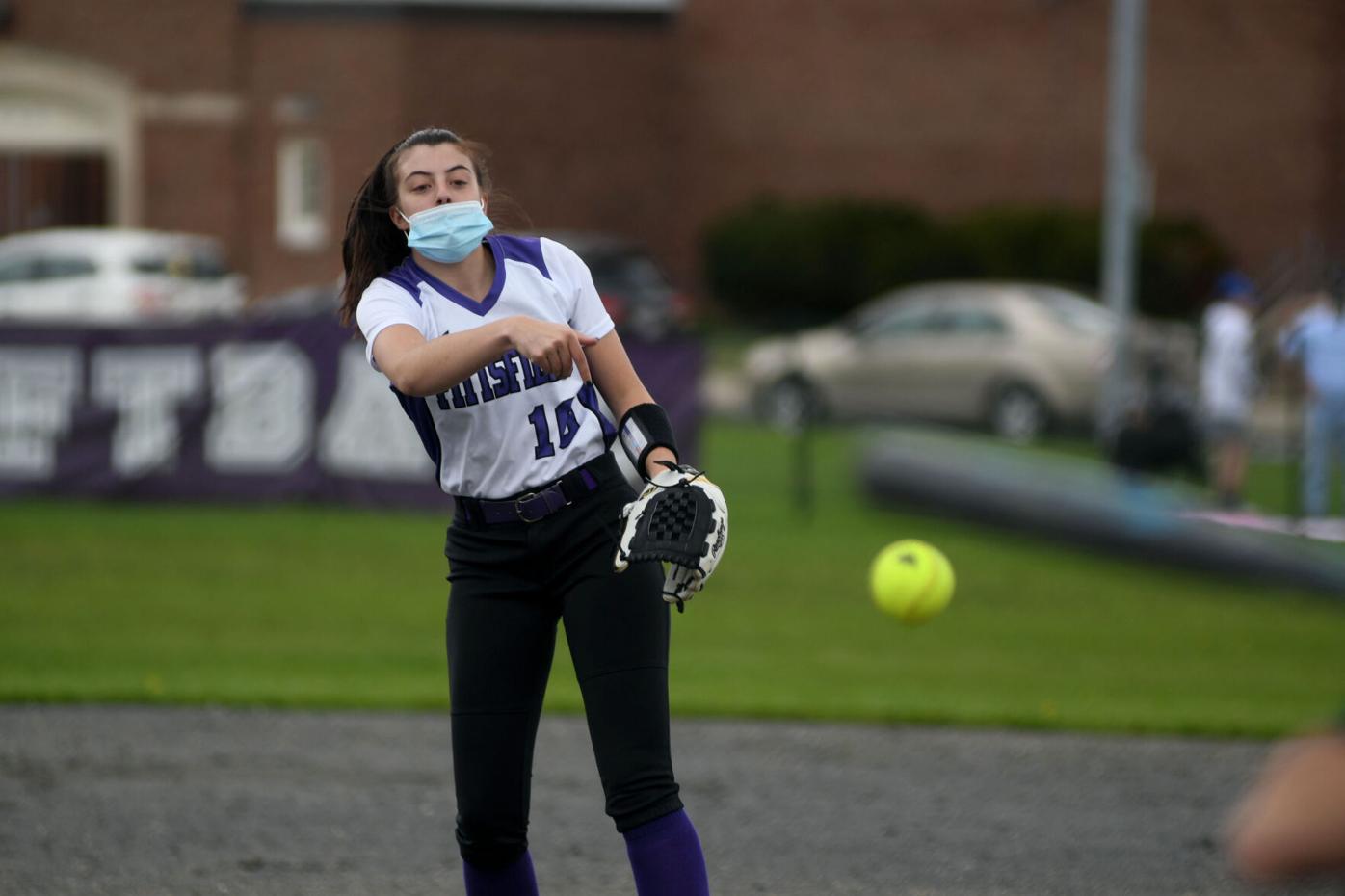 Top: Pittsfield’s Jordynn Bazinet pitches during a game against Taconic at home in Pittsfield on Friday afternoon. Pittsfield went on to win over Taconic 6-2. Bottom: Friday’s softball game between Taconic and Pittsfield was the first in nearly two years. 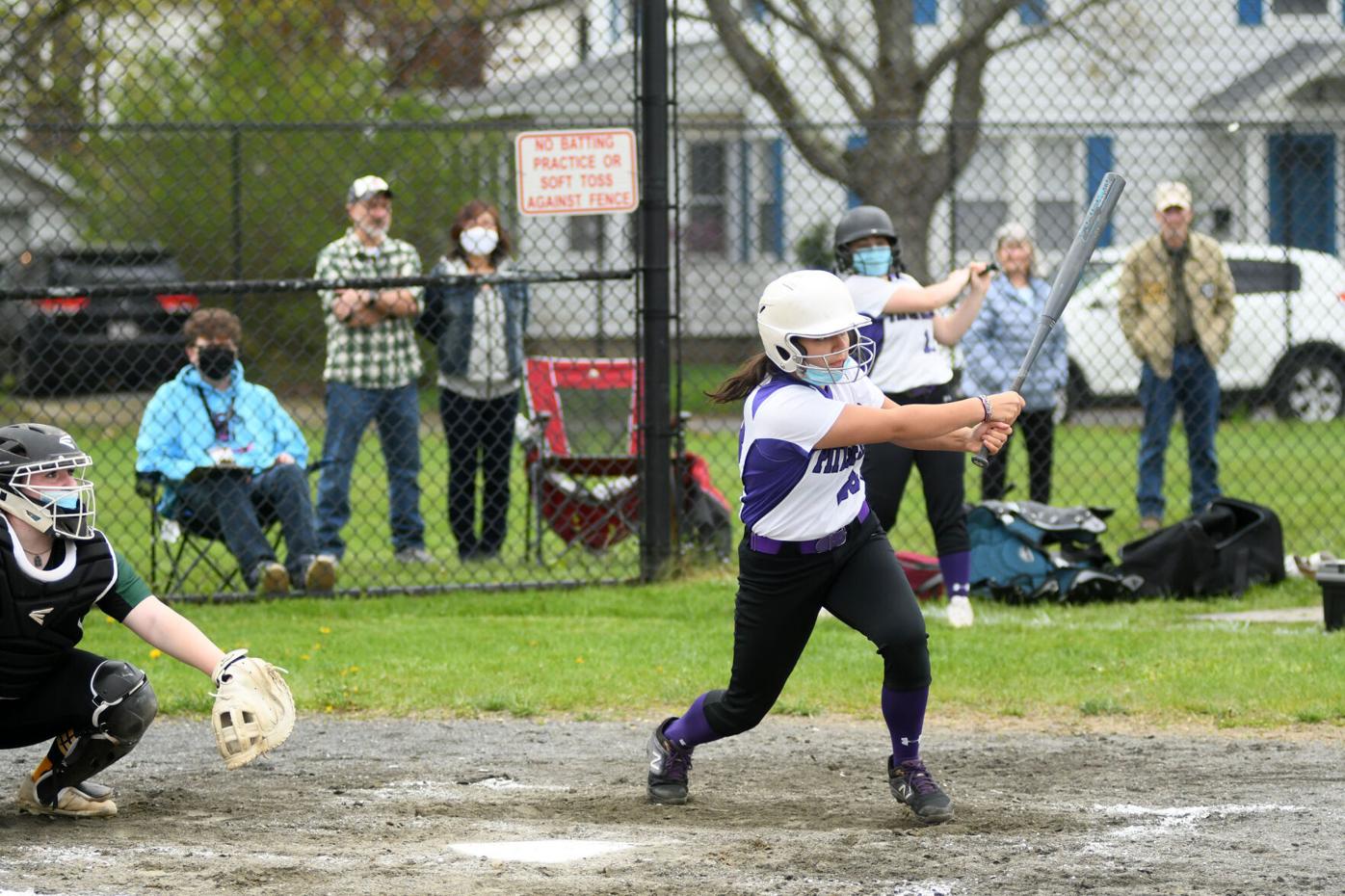 Pittsfield’s Lauren Crocker hits a double and brings two runners home during a game against Taconic at home in Pittsfield on Friday afternoon. Pittsfield beat Taconic 6-2. 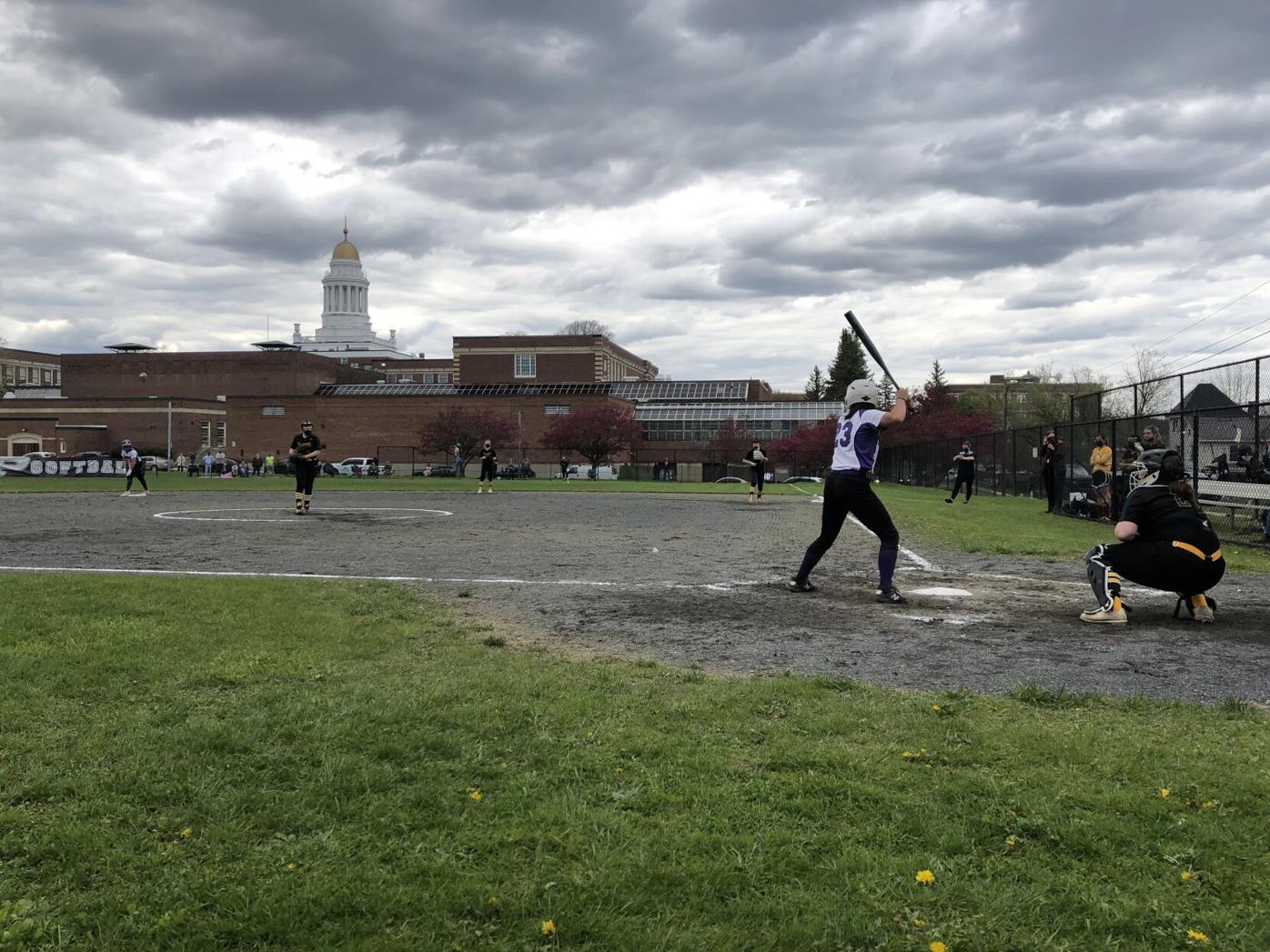 Top: Pittsfield’s Jordynn Bazinet pitches during a game against Taconic at home in Pittsfield on Friday afternoon. Pittsfield went on to win over Taconic 6-2. Bottom: Friday’s softball game between Taconic and Pittsfield was the first in nearly two years.

Pittsfield’s Lauren Crocker hits a double and brings two runners home during a game against Taconic at home in Pittsfield on Friday afternoon. Pittsfield beat Taconic 6-2.

PITTSFIELD — A blend of excitement and nerves is how Pittsfield’s Jordynn Bazinet described the emotions prior to the Generals hitting the field for the first time since June 15, 2019.

Bazinet was on the rubber for Pittsfield softball as the Generals celebrated their first game in nearly two years with a 6-2 win over Taconic on Friday afternoon.

“I was really excited and nervous because I haven’t played in a game for a long time,” Bazinet said. “We haven’t had many practices and just got started — but definitely excited.”

Once in the circle, Bazinet was dialed in and tossed a complete game. The junior’s first start at the varsity level featured seven strikeouts and five-straight innings of scoreless ball to get the season underway.

“For her first start, she did a great job and we can’t ask for much more than that,” Pittsfield coach Jim Clary said of Bazinet’s performance.

The city rivalry game began as a pitching duel as Taconic sophomore Rylee Poranto struck out six batters in six innings of work, including three-straight scoreless innings to start the season.

“She was on,” Taconic coach Jaclyn Candelet said. “We missed her freshman year, but couldn’t ask for more in her first start, especially in a rivalry game.”

Pittsfield’s bats were dormant through three innings, but the spring’s first run came when Mia Potash scrambled home on a passed ball in the fourth. One run turned into three thanks to Lauren Crocker, who laced a ball into left field, allowing two more runs to score.

Poranto worked her way out of the jam, but the Generals were ready for a second serving in the fifth. With two outs and two ducks on the pond, Bazinet sent a pitch into left field, allowing two more runs to come across. Sophia Santos continued the two-out rally, plating Pittsfield’s sixth run with a single.

“It is contagious,” Clary said of Pittsfield’s offense. “There is that domino effect once girls start getting hits and the adrenaline gets pumping.”

“You really get pumped up,” Bazinet added. “You definitely gain confidence seeing your team put runs on the board.”

It was smooth sailing for Bazinet through five innings thanks to seniors Alyssa Mercier and Lexi Sondrini in the field. Mercier’s ability to scoop balls one-hop at first kept the bases clean and Sondrini covered plenty of ground to track down a ball crushed to center by Taconic’s Julia Pierce in the fourth inning.

“I was more comfortable [in the circle] knowing that I had a good defense behind me,” Bazinet said.

The Green and Gold forced some turbulence in the sixth. Anna Bongini reached base and Pierce moved her to second before Amelia Leisure plated Taconic’s first run on a single. Bongini earned an RBI in the seventh, scoring Brenna McNeice on a single, but Bazinet retired the side with two runners stranded on base.

“I know [the girls] played all summer and fall, but to be together as a team, it is great,” Candelet said. “We’re all new and this was the first game coaching a lot of them.

“I am happy for them, they played great and a couple things didn’t go our way, but we can’t hang our heads. It isn’t easy to have your first varsity game and here we are playing Pittsfield with two weeks [of practice] under our belts.”

Each team is learning on the fly due to truncated seasons. On top of that, coaches are just now getting familiar with plenty of their athletes since the entire season was missed last year.

“We’re cramming a lot into just a couple of days,” said Clary, who has been with the program for years but took over head coaching duties for the season. “We still need to work on a bunch of stuff, but I thought they played pretty well today.”

While Taconic is rostering only three returning varsity players and plenty of sophomores, Pittsfield features six juniors, including Bazinet, who played together on JV two years ago.

“With a lot of girls in my grade, our JV team was really good and this is kind of the same team,” Bazinet said of the continuity.

The season will move quick. Taconic is hosting Monument Mountain on Saturday and Pittsfield is headed to Mount Everett on Monday.

It isn’t about adding new pieces to the puzzle. Instead, coaches are using the few remaining pieces as a head start toward a puzzle that needs…